The Simcha of Adar 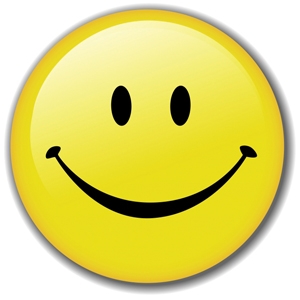 â€œWhen the month of Adar enters,we increase our simchaâ€(Taanis 29a). Does that mean that in a leap year we have two months of extra joy? The Chasam Sofer (see Choshen Mishpat, siman 20) is of the opinion that both months of Adar have this halacha. The She'ailas Yaavetz (Cheilek 2, siman 88), however, disagrees and writes that this halacha is only in the second Adar. He cites the words of Rashi on this Gemara as the source for his ruling: â€œWe increase in happiness during these days of miracles - Purim and Pesach.â€ Meaning, the happiness of Adar is due to the joint miracles of Purim and Pesach. If so, only the second month of Adar, which has Purim in it and is adjacent to Pesach, has the reason to increase in simcha.

A HAPPY MONTH…BUT WHICH ADAR?

It would seem that the above disagreement is not so relevant anymore, as we now enter the second Adar, which, according to all opinions, has an increase in simcha. However, there is still something which requires explanation. Why should the miracle of Purim bring us to have simcha throughout the entire month? Even more perplexing is that Rashi also mentions the miracles of Pesach. How does the simcha of Adar result from the Yom Tov of Pesach?

Many explanations have been offered to answer this question, but let us focus on one specific idea which hopefully will add to the simcha that we should gain in our daily life from the Yom Tov of Purim.

WHO IS GUIDING US?

When one looks at the world and sees how complicated it is and how many things can go wrong, he can start feeling despair. One who feels that he has to fend for himself and take care of all his needs alone will constantly be full of worry. The Chovos Halevavos, in Shaar Habechinah, writes that this is why a baby does not have intellect; he would realize his helplessness and go crazy. Most of the world, in order to obviate these feelings, chooses the delusion mentioned in Parshas Eikev (8:17): “And you will say in your heart, my strength and the might of my hand made for me all of this abundance.” They foolishly try to believe that they are taking care of themselves.

Of course, our avodah is to remove those feelings, and to realize that everything is from Hashem. If a person takes a good look at his life, he will come to that realization. For example, sometimes a person is forced to stay home for a few days due to illness. He may be quite helpless and have trouble accomplishing normal daily activities. How is it, if we are so capable, that a microscopic virus knocks us out of commission? This should be used as an opportunity to teach us that the only reason we can normally do things ourselves is not because we are so capable, but because of Hashem’s overwhelming kindliness and constant protection. This enables us to accomplish in this world – to daven, learn, take care of our families and utilize all the opportunities to achieve true greatness.

EVEN OUR IDEAS COME FROM HASHEM

The Torah tells us in the next posuk what the proper approach should be: “And you shall remember Hashem your G-d, for He is the One Who gives you the strength to make abundance” (8:18).The Targum adds a very important word: “for He is the One Who gives you the ideas to acquire possessions.” Not only do our strength and wealth come from Hashem, but even the ideas which bring us the wealth and which we thought had come from ourselves, in truth, also come from Him. If a person lives with this awareness, his whole approach to life and its challenges will be different. Furthermore, he will be living a calm life, with fewer worries. He can be compared to the infant in the arms of its mother who doesn’t have a care in the world.

THE CONNECTION OF PURIM TO PESACH

Where do we learn all this? It all started in Mitzrayim. Through the makkos, we were taught that Hashem created the world and is still totally and completely in charge. From Purim we learned that even in a time of hester ponim, when Hashem hides His face and we don’t see Him openly, He hasn’t forsaken us.

However, it is deeper than that. In both stories, Purim and Pesach, Haman and Parohthought that they were running the show, making decisions and taking actions. In both cases, Hashem showed them and us that He is in charge and was using their free will to bring about His desire.

This is a very strong lesson for us. We have all seen in our own lives how even though we needed to make decisions ourselves, Hashem has guided us to the correct outcome. The Nefesh Hachayim (Shaar 1,Perek 7) refers to this as “Hashem tzilcha – Hashem is your shadow.” Just as a shadow mimics the object which creates the shadow, so too Hashem acts with us according to how we act with Him. If we put our trust in Him, then He stays attached to us like a shadow. If we separate ourselves from Him, chas veshalom, then He leaves us to ourselves, which can be disastrous.

WE ARE IN HASHEM’S HANDS

This is the happiness of these days – we are in Hashem’s Hands and don’t have a worry in the world. If we focus on this, it will bring us to a simcha that will start right from the beginning of the month of Adar and continue through Purim and Pesach and, be’ezras Hashem, the rest of our lives.

This can all be summed up with the posuk in Tehillim (40:5) which states, “Fortunate is the man who places Hashem as his trust” – for this man is the one who is truly happy as he lives with security and simcha.