The Routines of Summer 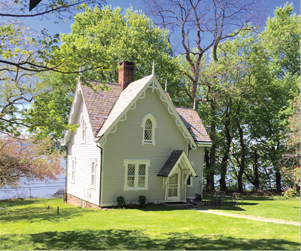 Now that summer is officially upon us, it might be useful to activate a Torah antidote to a summer malady. For some reason, many of us who are scrupulous about davening with a minyan, honoring our kvias itim learning schedules and other basics associated with being a Torah Jew abandon or reduce some of these during the months of July and August. Although it is well known that many gedolim never take a vacation, there are ample pictures of giants such as Rav Chaim Ozer Grodzensky, Rav Shimon Shkop, Rav Boruch Ber Leibowitz, Rav Aharon Kotler and many others on dacha in the forests of Drozegnik and other vacation spots. Clearly, there are valid reasons to take a break from the rigors of our hectic lives, but how do we make sure that our ruchniyus – spiritual side – does not suffer in the process?

Perhaps one answer and strategy may be found in a strange place, where we generally heap criticism and even derision. The novi (Yeshayah 29:13) very famously castigates Klal Yisroel for turning our avodas Hashem into mitzvas anoshim melumodoh, a rote learning of human commands. It is also well known that the baalei mussar (see, for instance, Shaarei Teshuvah 3:15) understood this posuk to be the source of many lessons condemning mitzvos performed by rote without excitement or vigor. Rav Chaim Shmulevitz, in a number of mussar shmuessen (5731:16 and 32) raises the alarm about the dangers of hergel, serving Hashem purely through routine, as if one is simply stuck in a groove.

Yet, there seems to be another side to this precious coin as well. Every day we daven, first thing in the morning, “targileinu beSorasecha,” for Hashem to accustom us to [study] His Torah. This word targileinu not only stems from the same root as hergel, but transposes what is usually a negative into a morning imperative. How do we reconcile these two apparently diametrically opposed approaches to being religious?

My rebbi, Rav Yitzchok Hutner, answers that, in fact, “our lives must constantly oscillate between maintaining continuity through healthy established routines and discovering freshness and novelty in every sacred act.” Now, given Rav Chaim Shmulevitz’s admonition (5731, page 51) that “hergel is the great enemy of every sensation of holiness and elevation,” one must wonder how hergel can ever be our friend and savior.

The answer, and perhaps the key to our summer success as well, may be found in a Medrash Rabbah (Yalkut, Tehillim 890). Dovid Hamelech declares (Tehillim 119:59), “Chishavti derochai – I considered my ways and returned my feet to your testimonies.” The Medrash comments, “Dovid Hamelech related that every day I thought I would visit stadiums and various other places, but my feet transported me [only] to the bais hamedrash.” The questions are obvious: Why would the great Dovid Hamelech want to go to any of these places and what does it mean for his feet to take him someplace he hadn’t planned upon going?

One simple answer is that Dovid Hamelech was a practicing monarch with daily military and other governmental obligations (Brachos 3b). He often had to weigh these heavy responsibilities against his profound love and attachment to Torah. Sometimes he would reluctantly head to a meeting of apparent urgency, only to find his feet turning toward the bais hamedrash.

Furthermore, one answer is best understood in light of recent phenomena in Klal Yisroel. The Alufei Yehudah (Parshas Acharei-Mos, page 48) suggests that Dovid Hamelech was yearning for the future days, when Chazal (Megillah 6b) predict that all the stadiums and public arenas will be transformed into grand spaces for Torah study. We have been zocheh to witness some of this grandeur at the various Siyumei Hashas and other events held in stadiums hitherto reserved only for inconsequential and trivial matters. Dovid Hamelech yearned for the time when he would be able to participate in the kiddush Hashem of this metamorphosis, but of course it was premature. So his feet took over and brought him back to the old bais hamedrash. But, we must ask again, what does it mean for us to be led by our feet?

The key to this derech, quite literally, is held by the Maharam Shick (Parshas Vayeilech, page 207). He takes us back to the enigmatic word hergel, declaring that Dovid Hamelech was saying, “I allowed my legs to revert to their hergel… I followed my hergel, i.e., that which came natural to me.” Dovid Hamelech had established a pattern in life, day in and day out, of going to the bais hamedrash. Therefore, even if there were some ostensibly compelling reason to go elsewhere, his feet pulled him back to the tried and true path of the holy bais hamedrash. Even dreams of the future, even yearnings for the greatness of Yemos HaMoshiach, were overridden by the GPS programmed into his every limb to run to the house of Torah.

This approach answers a recurring question about last week’s sedrah as well. The Torah relates that there were people who could not bring the Korban Pesach because they were tamei – defiled – by coming in contact with a dead body. Their complaint to Moshe Rabbeinu was “lama nigara – why should we be any less worthy than everyone else who is offering the korban?” The famous issue about their objection is that everyone had been told clearly that those who were tamei were simply not permitted to bring the sacrifice. So what exactly was their question?

Rav Yosef Shaul Nathanson, the author of the Shoel Umeishiv, answers (Divrei Shaul) that we find that at the Akeidah, the posuk informs us, “Vayishlach Avrohom es yado – Avrohom extended his arm and took the knife” (Bereishis 22:10). Why does the Torah relate to us the obvious fact that Avrohom Avinu was going to shecht Yitzchok using his hand?

The answer is that the avos, beginning with Avrohom Avinu, had sanctified their bodies to such an extent that they naturally did mitzvos and the will of Hashem, even without a formal command or specific decision to perform an action. This was especially helpful, since the Torah had not yet been given, so many mitzvos had to be performed through this instinct for kedushah. However, says the Divrei Shaul, since the Akeidah was only a test and Hashem had never said to shecht Yitzchok, only to bind him, Avrohom’s hand did not act automatically. He had to, so to speak, force his hand to take the knife and prepare to shecht Yitzchok.

The people who wanted to offer the Korban Pesach, too, were very great tzaddikim. They were therefore surprised and disappointed that their bodies were signaling them that they could not offer the Korban Pesach. “But why?” they thought. “Isn’t tumah hutra betzibbur?” Their understanding was that whenever a group of people cannot perform a mitzvah because of tumah, the defilement may be ignored because it is permissible for a tzibbur, a halachic congregation. They were wrong, however, as Moshe Rabbeinu explained to them. They were actually only individuals, and tumah is not set aside for even the greatest of individuals, only for all of Klal Yisroel.

We may now begin to understand how the rosh yeshiva resolved the hergel vs. chiddush conundrum. We must establish such solid Torah routines in our lives that they will become inviolate, summer or winter, spring or fall. We must always try to refresh and energize them with new opportunities for growth and accomplishment, each according to his or her own madreigah and abilities. However, there must be a baseline so strong that nothing external will intervene in the basics of davening, learning and shemiras hamitzvos. Like the avos and Dovid Hamelech, these should become such second nature that they constitute the natural rhythms of our lives, as instinctive and innate as breathing and the circulation of our blood.

In truth, our earliest Kadmonim taught us this great secret as well. The Kuzari (2:50) discusses how our avodas Hashem should be suffused with joy. Then he adds these monumental words: “and if this joy leads you to singing and dancing, this is the true way to serve Hashem.” The Mesillas Yesharim (chapter 19, Uvo Sidbak ed., page 411) adds: “My lips shall sing when I praise you” (Tehillim 71:23). “This means,” says the Ramchal, “that the joy would intensify within him so much that his lips would in fact move instinctively…” The Chiddushei Harim, too, utilizes this concept to explain why Shlomo Hamelech (Koheles 3:4) says “a time to…” for most of the 28 “times” he lists in life. However, when it comes to dancing, he states “a time of dance,” instead of “a time to dance.” The Gerrer Rebbe explains that true dancing must erupt spontaneously out of a sense of profound joy, not because someone has decreed that it is the proper time to dance. That would not be the heartfelt simcha sought by the Torah for a mitzvah.

We will give the final word to the Dubna Maggid, who, as usual, offers a perfect parable for this process. In a city long ago, an earthquake disturbed the delicate balance of all the clock gears in town. None of the time-pieces told the right time and punctuality had become an ideal of the past. Finally, a master clock repairman arrived and the entire area turned out carrying their most valuable clockworks. The old expert helped everyone and was gladly paid for his work. However, one clock owner was sadly disappointed. “I am sorry, but I cannot help you,” the mechanic sighed. “But why?” the crestfallen citizen demanded. “You helped hundreds of others. Why not me?” The wise old expert responded, “You see, they all kept winding their clocks, so even though they told the wrong time, at least they kept ticking. You unfortunately gave up on your timepiece and it has now rusted. There is nothing I can do for you.”

If we enter summer with all our routines humming and in order, our feet will transport us to the right place at the right time. We won’t miss any minyonim or shiurim and, like the forest of Drosegnik, our vacations will sing with Torah symphonies. May everyone enjoy, grow, reenergize and return safe, sound and spiritually ready to obtain a gut gebentched yohr in the Yomim Noraim ahead.