The Rabbi at the Inauguration 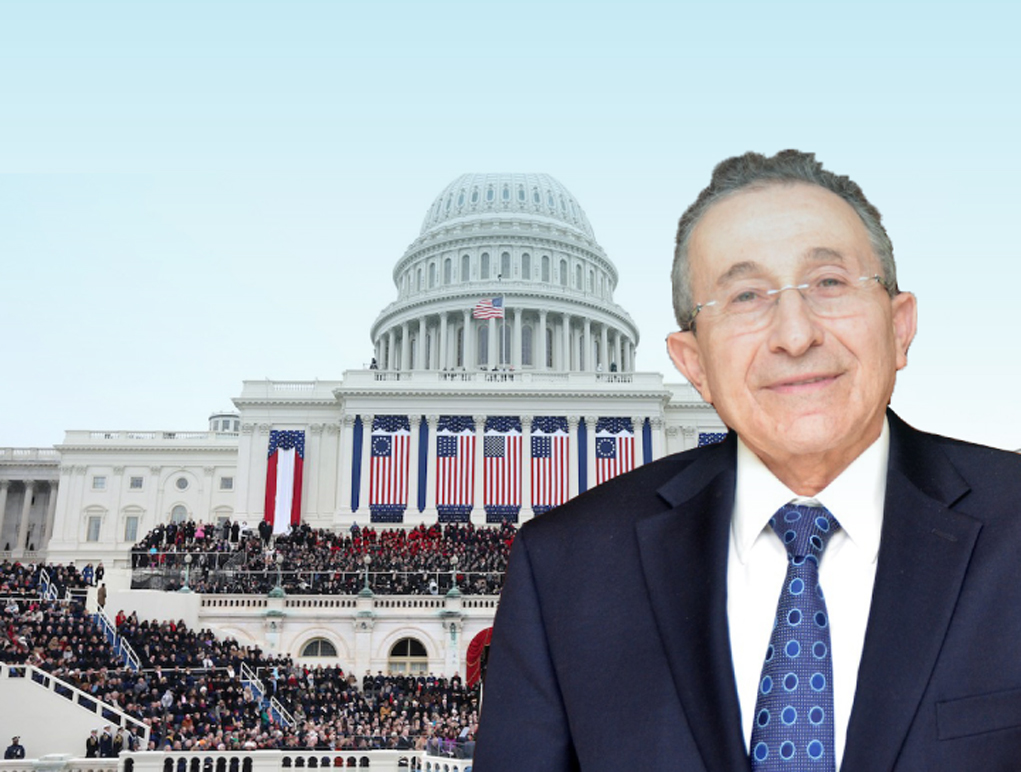 A few weeks ago, incoming President Donald Trump announced that he had chosen Rabbi Marvin (Moshe Chaim) Hier of Los Angeles, founder and president of the Simon Wiesenthal Center, to recite a prayer and to deliver an address at the inauguration ceremony in Washington, D.C., on January 20, when Trump was to be appointed the 45th president of the United States.

This marked the first time in over 30 years that a Jewish rabbi was invited to recite a prayer at a presidential inauguration. Rabbi Hier, a highly accomplished public figure, is known for his uncompromising dedication to Yiddishkeit; he has never hesitated to turn down an invitation to an event where his attendance would conflict with halacha.

“I don’t know President Trump personally,” Rabbi Hier revealed from Washington, as he prepared for the inauguration. “There was one time when I was invited to a special event he was holding, but I wasn’t able to attend at the time, so I never met him before.”

Rabbi Hier related that he does have a personal acquaintance with the Kushners, the parents of President Trump’s son-in-law Jared, but he has no idea what led Trump to choose him to participate in the ceremony. “I don’t know what led the president-elect to choose me to be the Jewish rabbi at his inauguration. I simply received a phone call from a member of his staff.”

What will be your job at the ceremony?

“After President Trump speaks, I will recite a prayer and deliver a short address. My plan is for my speech to include divrei Torah, maamarei Chazal, and quotations from Pirkei Avos. I will try to make my comments suitable to the present day and the occasion.”

Do you believe that Donald Trump’s election is good for the Jews and for Israel?

“Absolutely. I believe that the new president, who has already expressed his commitment to the Jews, to Yerushalayim, and to Israel, is going to be a breath of fresh air. Trump understands that Palestinian terror is the reason there is no peace in Israel, and that it is not the settlements in Yehuda and the Shomron that are to blame.

“The only reason there is no peace today is that the Palestinians refuse to recognize a Jewish state. And the truth is also that there is not just one Palestinian entity; there are at least two, and one of them is Hamas in Gaza. Fatah and Hamas collaborate with each other, so how can Israel make peace with an organization sworn to its destruction? I believe that President Trump understands all these things very well.”

Rabbi Hier added that there are thousands of families throughout the Jewish world who are members of the Wiesenthal Center, and that he planned to serve as their spokesman. “I plan to speak on behalf of all the members of our organization, and to praise the new president of the United States for the things he has said about Israel. He has declared publicly that Israel has not been treated the way it should be, and that he plans to change that completely.”

Some people, mainly from the liberal end of the spectrum, have voiced their displeasure at your agreement to be part of Trump’s inauguration. Is there any basis for their complaints? If President Obama had invited you to his own inauguration, would you have gone?

“If President Obama had invited me to his inauguration ceremony, I certainly would have attended. There is no question about that. When we look at the Jews of Europe, we see that they feel powerless and fearful. Many of them are afraid to walk in the street with yarmulkas on their heads. It is only in the United States of America that the Jewish community can live an ordinary life, and Jews can walk in the streets and display their Jewishness without the slightest fear.

“In such a special country, when the president invites you to recite a prayer at his inauguration, could you possibly turn down his invitation? It would be a terrible insult to decline an invitation like that. Not only that, but it could raise the level of anti-Semitism as well. People would criticize the Jews for not wanting to participate in the president’s inauguration; it would be a chillul Hashem.”

Siding with the President

Rabbi Hier, an alumnus of Yeshivas Rabbeinu Yaakov Yosef in New York, has enjoyed close relationships with many of the gedolim of America. “I had the privilege of knowing Rav Moshe Feinstein very well,” he relates. “I met with him many times and consulted with him about many issues. While I was in yeshiva, I also had the good fortune of being chosen to accompany Rav Aharon Kotler from his home in Boro Park to the yeshiva when he delivered a special shiur to the bochurim.”

Rabbi Hier recalled that the gedolim he knew often spoke about the importance of demonstrating hakoras hatov to the United States. “They always spoke about the necessity of having gratitude toward America, the malchus shel chesed. They never had the slightest hesitation about that. Of course, I can’t be certain of what they would say today, when they are no longer with us, but I believe that they would have supported my decision to attend President Trump’s inauguration. It would be an affront to him and a chillul Hashem for me to decline.”

He also has no doubts about the proper relationship for the Jews to cultivate with President Trump. “This is a very difficult time for the Jewish people. There are only 14 million Jews in the world today. We have an obligation to support the new American president. If the president of America is committed to Israel and its well-being, and he makes that clear with his warm words for the country, then we must support him. Protesting against him is the worst thing we could do. We must show that we are on his side, and hope that he will carry out his promises.”