The Problem with Sunshine 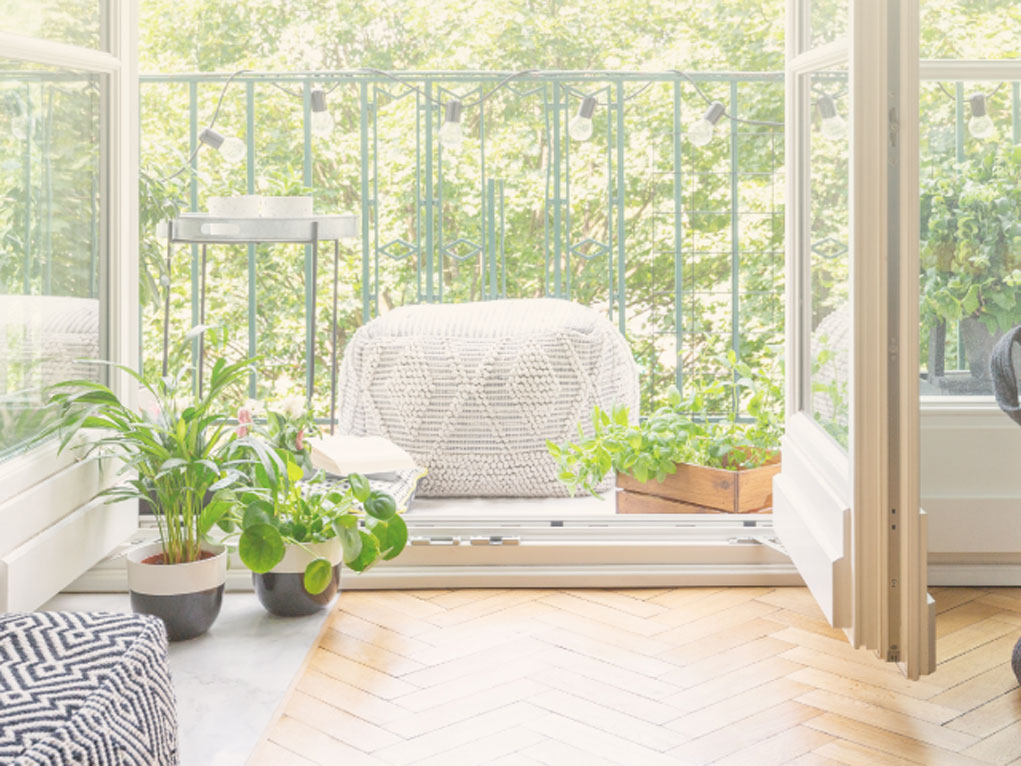 When looking to buy an apartment in Eretz Yisroel years ago, I was told in no uncertain terms that the apartment’s “kivvun”—direction—is paramount. I suppose the reasoning is that a sunny home is less expensive to heat during the winter months. Or maybe it’s just an affinity for light. Either way, I was lucky enough to end up with a place that faced mostly south, thus ensuring that sunshine flooded my living and dining rooms for most of the daylight hours. I very much enjoyed the cheerful light that filled the rooms.

I can easily imagine a different reaction, however. Another person might regard all that plentiful sunlight with horror, knowing that sun has a tendency to fade rugs and furniture over time. Had such a person lived in my apartment, she might have chosen to keep the shades drawn during the hours when the sun was pouring through the windows.

Here’s another scenario. Someone I know was once on a trip with her large family when a non-Jewish woman stopped to comment.

“How many children do you have?” she asked, making no attempt to mask her disapproval.

“Don’t you know that the world is overcrowded as it is? And that children in such a large family will grow up feeling deprived?”

My friend smiled. “So tell me,” she said softly, gesturing lovingly at her brood. “Which one of them should I wish had never been born?”

It stands to reason that the differences do not lie with the sunshine or with the family, but rather in the attitudes of those who judge them. An individual’s personality and upbringing (read: nature and nurture) deeply impact her attitudes in life. It’s not what you’re seeing, as much as how you’re seeing it.

While one person may focus on the pleasure of plentiful sunshine, another may view that same sun as a source of damage and financial loss. Similarly, one woman may relish the job of raising many children, reveling in the constant nurturing and connection and ever-unfolding drama that comes along with each new life… while another chooses to focus instead on the aggravation of lost sleep, never-ending housework and the nightly hassle of homework, bath and bedtime. It’s almost as if they are looking at two different things, instead of the same thing with a different slant.

Anyone who’s ever shopped in a second-hand or consignment store quickly comes to recognize the truth of the saying: “One man’s trash is another man’s treasure.” Just because I throw something away, either literally or figuratively, does not mean that it possesses no intrinsic value.

On the contrary: there may be someone for whom my castaway “junk” constitutes a veritable treasure. The value is in the eye of the beholder.

Most of us are not all that aware of the forces that shaped our attitudes. We may be only dimly aware of the fact that other people feel just as strongly in the opposite direction. We tend to assume that our ladder of priorities holds true across the board. The reality that surrounds us feels like the only reality. And that includes our inner reality, shaped by our inborn traits and the values instilled in us when we were young.

Actually, our inner value system and ladder of priorities is not fixed, but rather a constantly evolving process. For example, I recently wrote a children’s story for this magazine in which a boy who loves the fun of a snow day comes to realize that not everybody views snow in the same way he does. His elderly neighbor worries about falling on the icy sidewalk, a friend’s parent has a hard time getting to work on the impassable roads, and so on. He discovers what we all come to learn over the course of our lives: that the same phenomenon can, and very often does, elicit diametrically opposite reactions from different people.

Become aware of this can help us increase our sensitivity toward others whose views may seem strange to us. It can certainly grease the wheels of marriage. This is something worth remembering when searching for a partner in life. No matter how much you and your intended have in common or how much you agree on the big things, there will always be areas where you see things very differently. Understanding this about your spouse, or about one of your children, can be immeasurably helpful in fostering understanding and chasing away resentment.

If you heard two people arguing about which is better, oranges or apples, you might be tempted to end the argument with a simple, “It’s silly to disagree about this. Neither fruit is inherently better or worse than the other. It’s all about which one you like better!”

If only we all had the same tolerance for those who disagree with our views about other things.

So many quarrels boil down to the same thing being looked at from two different angles. You may be focusing on the financial angle while I may prefer to dwell on the aesthetic one. He may place emphasis on the spiritual component while she homes in on the practical one. It’s like the seven blind men in the famous parable who are asked to touch and then describe an elephant. Each of their descriptions is completely different from the others’, because each of them has got hold of a different part of the elephant.

You may prefer to drive a big car because of its comfort and status value, while your neighbor likes the gas efficiency of a smaller model. There would be no point arguing about which vehicle is “better,” since “better” depends on what you value most in a car. It all depends on which aspect of the car the beholder’s eye chooses to focus on.

Why, then, are there so many arguments in the world? In our desire to be “right,” we have can become rather forceful in defending our personal positions… forgetting, or just not realizing, that those positions may be based on wholly separate considerations. Like apples and oranges.

At the end of the day, it’s a balancing act. Balancing the pleasure of non-stop sunshine with the damage to carpet and upholstery. Balancing the ease of the apple, which can be eaten without being peeled, against the deliciousness of a juicy orange. One of our most underused muscles is our free-choice one. Let’s choose to remember that balance is better than one-sidedness, flexibility works better than rigidity, and peace is better than quarreling.

But balance only comes to those who seek it. The more we cling to our opinions and our need to be “right,” the less capable we are of seeing, and respecting, just which part of the elephant our fellow blind man has hold of.