The Passing of Reb Yosef Friedenson: A Deep Personal Loss 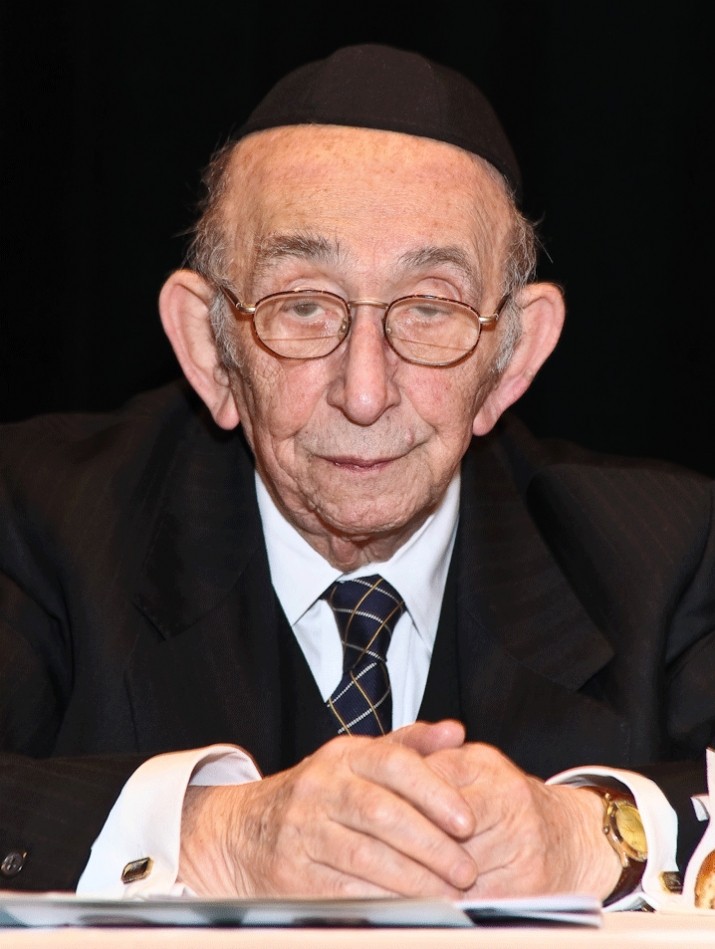 Reflections on the Passing of a Mentor and Friend More than 15 years have passed since I began writing publically. I have done hundreds of obituaries, but I have never wanted to inject myself into it or felt compelled to write something personal. The passing of Reb Yosef Friedenson, or â€œReb Yosselâ€ as we fondly knew him, is different and I hope readers will forgive me for taking the liberty of also writing something personal. For some reason, Reb Yossel's passing has unleashed a wellspring of deep, inner emotions. He was almost like an extended family member, a rebbi and a mentor all rolled into one. He was also just about the only link that I had left with the unique generation of G-d fearing Holocaust survivors with whom I was raised. Reb Yossel had something within him - a chein, a temimus that co-existed with his wisdom and shrewdness - that removed all barriers.

My first recollection of Reb Yossel was when I was a young child a good few years before my bar mitzvah. Reb Yossel would often come to Toronto to visit and spend a Shabbos or Yom Tov with his close friend and fellow concentration camp inmate, ybl”c, Reb Hershel Tannenbaum. During those visits he would invariably come to visit my grandfather who lived down the block from us. My grandfather, Dr. Shlomo Birnbaum, z”l, who had been a close friend of Reb Yossel’s father, Reb Eliezer Gershon Friedenson, wrote articles in the pre-war Bais Yaakov Journal (founded and published by Reb Eliezer Gershon Friedenson) as well as taught the Bais Yaakov girls before the war. His father was also a tremendous admirer of my great-grandfather, Dr. Nosson Birnbaum, the well known baal teshuvah, Agudah leader and ideologue.

Reb Yossel would come and talk with my grandfather who was nearly 30 years his senior, with such yiras hakovod and bittul that even a child couldn’t fail to notice. They would discuss the fine points of the Yiddish language and grammar and bemoan how the language was being mangled by so many. They were both “Yiddishists” without the “ist.”

He would come downstairs to my grandfather’s archives where they would seek interesting correspondence between his father and my grandfather and great-grandfather. In that archive there is a whole set of the Bais Yaakov Journals that had been published in Poland from the late 1920’s until the outbreak of the war.

I remember getting the magazine Dos Yiddishe Vort in our home every month and although at that juncture I found it difficult, if not impossible to read Yiddish, the pictures made a profound impression on me. They were my first encounter with the giants of Torah, Chassidus and askanus of the past.

Later, after I married, the first magazine to which I subscribed was Dos Yiddishe Vort and I saved and archived each copy, because it was clear to me that aside from being wellsprings of information and hashkafa each one was a historical document that chronicled so much of life in pre-war Europe that was lost.

In truth, I only really got to know Reb Yossel as an adult was when I started writing in newspapers and magazines. He was very pleased that I was following in the footsteps of my grandfather and great-grandfather by writing and told this to me on numerous occasions. Nevertheless, he would sensitively critique me whenever he felt it necessary, first praising and then tactfully pointing out how I could have made the point better or what I could have added or left out…

There were times when I had the zechus to translate and adapt some of his articles for publication in the Jewish Observer, Hamodia and later in the Yated. I learned so much from the way he constructed an article, how he presented it, and not only from what he did write, but also from what he omitted. He was always available, (except a couple of days before his deadline) and was so open and self-deprecating that I would forget I was speaking to someone who could have been my grandfather.

He was always cognizant of the difficulties for a yungerman with a growing family to make parnassa. Invariably, in almost every conversation, he would ask me how I was managing, taking a real interest and commiserating when things were tough.

He was an older mentor and in many of ways a rebbi of sorts, not only in writing but in human relations. He would often school me or perhaps even lightly scold me for taking things to heart and not focusing on the end game. He would say he is also frequently disappointed by the way people from whom he would expect more would interact with him, but the proper thing to do was not to take things personally. Rather, he would remind me to swallow and focus on doing the best one can do. I knew that at times he wasn’t pleased with my youthful impulsiveness and indeed, if there is anything that Reb Yossel wasn’t when it came to human relations it was impulsive. He was truly one of those about whom we can say ‘hanelavim v’einan olvim, shomim cherposom v’eino meishiven’ – those who are shamed but do not become embarrassed, those who listen to others abuse them but do not feel it necessary to reply in kind. Sometimes I wish I would have been a better talmid!

He taught me one other profound lesson and that was never to give up and always to dream. He was very cognizant of the fact that the pendulum had swung and Yiddish was no longer the common language of the majority of those in our community. He was also very cognizant of his age and mortality and wasn’t afraid to talk about it. Nevertheless he was constantly dreaming.

Less than a year ago, I had the zechus to help him translate an article that he had written on the founding gathering of Agudas Yisroel in Kattowitz in honor of the 100th anniversary of the founding of the Agudah. At that time, he said to me, “Avrohom, you know what we have to do together? We have to start making an English section of Dos Yiddish Vort. In this way we will be able to appeal to the young people who don’t read Yiddish.”

I was thinking, here is a person, a 90 year old man with significant health problems, who is almost singlehandedly putting out an entire publication on a regular basis… and he is still focused on new projects and new vistas. He was the ultimate optimist while simultaneously being a realist. We often get jaded with age, and even cynical. Reb Yossel didn’t. He remained forward thinking despite everything. That is another thing I wish I could emulate from this senior mentor of mine.

There is one additional feeling coursing through me now like venom. It is an all consuming guilt. I loved Reb Yossel, thought about him so much and knew he was not doing that well over the last few months, but other than the occasional phone call, I did not visit him. I thought that he would pull out of it as he had done so often in the past… I was busy… Aren’t we all? I neglected to go see him, shmooze with him and at least, in a tiny way, repay him for his kindness over the years. I know Reb Yossel was a “farginer” and he would forgive me, but I can’t forgive myself.

Rav Yossel outlived almost all of his friends and his generation. He served for me as a symbol of what effective, eloquent and most importantly, responsible frum journalism and writing was and now he too has joined his chaveirim of the shearis hapleita who passed on before him. He is now joining that hallowed generation that he never forgot, and whose memory he perpetuated his entire life – not as “sheep to the slaughter,” as the Zionists and secularists wished us to believe, but as spiritual heroes who were very often mekadesh shem Hashem in the most profound way, under the absolute, most horrific conditions.

Now Reb Yossel, too, has passed on. He was one of the last spiritual heroes whom Hashem chose to spare so he could tell the next generation about the greatness of his comrades in the Lodz Ghetto, the Warsaw Ghetto, the Shidlovitzer Ghetto, the Starachowitz Labor Camp, and the Concentration and death camps of Auschwitz, Oranienburg, Sachsenhausen, Ohrdruf and Buchenwald. He has gone to join them and reap his just reward. They will certainly tell him, “Reb Yossel, you fulfilled your shelichus. You told the world about us, you made sure we were not forgotten and you made sure that people understood that the conduct of so many of us, embodied the words of the possuk, ‘Kol zos boasnu v’lo shechachnucha – all of this has befallen us and we have not forgotten You Hashem.’”