The Noose Is Tightening 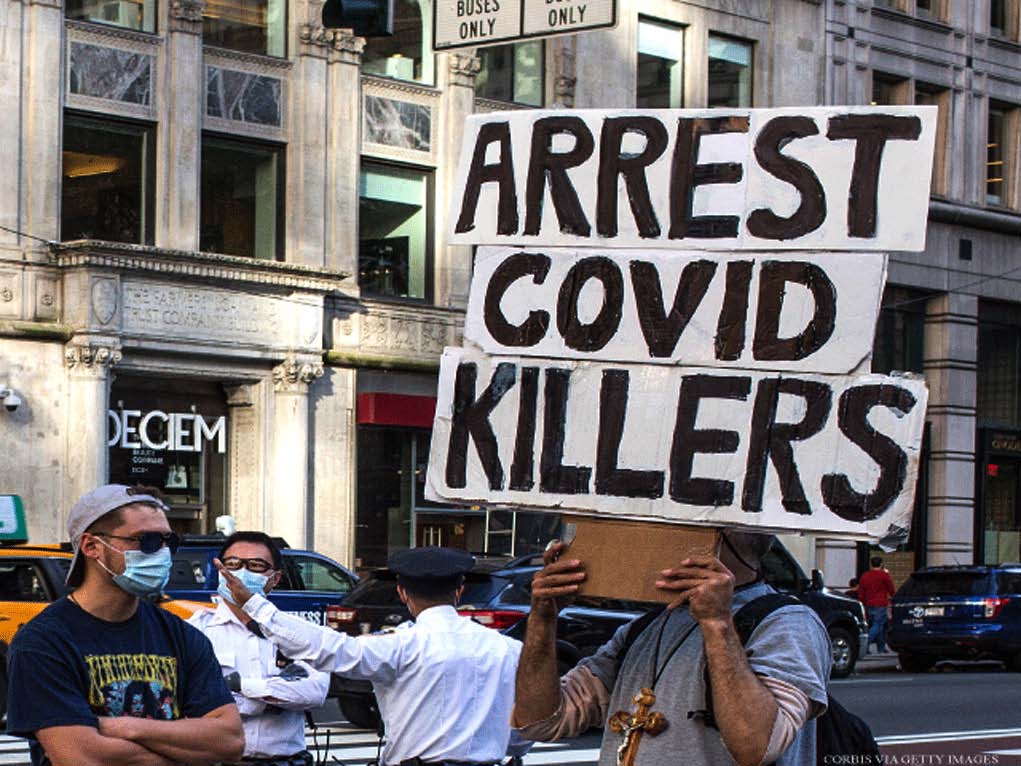 We learn this week about the Mabul that destroyed the entire world, except for Noach, his family and representative animals, who were all saved in the teivah.

Rashi (Bereishis 6:13) enlightens us as to what caused the flood and the destruction. He cites the Medrash (Bereishis Rabbah 26:5), which states that wherever there is overwhelming immorality and avoda zorah, devastation comes to the world, killing the good along with the bad.

For 120 years, Noach warned the population that if they would not improve their ways, a flood would come and wipe them out. They didn’t listen. He begged and pleaded. He told them that G-d had spoken to him and told him that He was planning to destroy the world. The people weren’t impressed. They weren’t affected.

No doubt, their news providers told them that there had never been such a flood before and that scientifically it wasn’t possible for the entire world to be destroyed. The politicians delivered speeches informing people of their rights, and as the world tilted increasingly lower, they were reassured that they were within their constitutional liberties and no harm would befall them. Noach was no doubt portrayed as an anti-science and anti-progress demagogue who was standing in the way of progress.

In our day, as well, the world has become insensitive to messages of morality and the world sinks further into a liberal morass.

A pandemic sweeps across this country and the world and scientists, doctors and political leaders, are unable to stop it. Despite their best attempts, the virus continues to spread.

The values that were at the core of this country are being suppressed. Individualism has been replaced with lumping everyone together in groups.

“Group think” is in. Agree with me or I will seek to have you cancelled. One of the mainstays of this country is free speech and the right for people to express their opinion. That ability is increasingly being hampered. Certain opinions are promoted and are allowed to be heard, while others are increasingly being shut down. This is being done to advance the progressive agenda. More frequently religious voices as well as those advocating for morality, decency and the principles upon which this country was founded.

Many people currently get their information from social media, which is increasingly shutting down talk they disagree with. Just see what happened last week, when a major American newspaper, which happens to be conservative, revealed documented proof that Joe Biden set up his son to profit from his connections. The son shared the corrupt proceeds with his father and the rest of the family. The story was suppressed on social media and kept out of the mainstream press.

If your conversation doesn’t fit with the current progressive narrative, it and you will be cancelled out.

Repression of speech and thought, especially regarding our community and beliefs, is perilous and can prove very damaging to us. If we can’t get our message out, in times such as now, when every media outlet is dumping on Orthodox Jews and presenting us as the underlying cause of the coronavirus spread, we will continue to be scape-goated for every problem in society. And there are many problems.

If the governor of New York State and the mayor of New York City are able to successfully single us out for derision, scorn, mockery and punishment without any objection raised to their bullying, that does not portend well for our future here. They demonize, intimidate, threaten and persecute us in typical Alinsky fashion, and we are unable to fight back or set the record straight.

It is not about masks and it is not about health, for if it was, why is only one subset of citizens being singled out for condemnation, vilification and tough enforcement?

This past Shabbos as inspectors were snooping around Borough Park shuls and yeshivos, a large rally was held in Manhattan. It began in front of the Trump International Hotel and then the attendees marched to Central Park. There were no nasty warnings, nobody tried to shut them down, and media coverage was fawning. It was billed as the National State of Emergency Get Out The Vote Rally, and featured speakers such as Jacob Blake‘s father and Breonna Taylor‘s mother, advocating for the Democrat party.

The Orthodox hot spots are not the only areas where this is an uptick of the virus in New York State, yet there isn’t anyone who doesn’t believe that they are.

If we, and America, are not careful, it can become the way of the land. Free speech for everyone is not the only value on the chopping block. So is the presumption of innocence, the right to free practice religion, the value of the individual, the right to think for yourself, judging each person fairly based on their own accomplishments and character, the appreciation of a person who works hard to support themselves and other values this country endowed its citizens with.

These values have been replaced with new words and new concepts that are foisted upon the American people. Those who dare to question or speak out are cancelled out, losing their job and reputation. The fear of becoming ostracized keeps everyone in line, spouting the new groupthink and politically correct incantations.

The new buzzword is “white supremacy,” and it is increasingly prevalent. It means that the United States of America – its culture, businesses, sports, education system and everything about it – is deeply rooted in sin. At its core, they say, America is an evil, rotten country. Everything, from schools and language to the economy, museum hirings, professorships, SAT scores, mortgages and politics, is mired in white supremacy.

White people are encouraged to apologize for their whiteness. In the name of increasing diversity and righting historical wrongs, whole swaths of white people are pegged as colonialists, racists, oppressors and worse. Of course, Jews fall neatly into all of the above categories. Jews and Zionists are bad. Black Lives Matter is good. AOC is the future; support for Israel is the past. Leftist looters and violent demonstrators are good, while Yiddelach who want to daven with a minyan are evil.

As the country convulses over the way the black minority was historically treated, Jewish people, though relative newcomers to this land who have faced oppression and discrimination wherever they have lived, are publicly condemned by leading politicians without compunction or response. The gloves are coming off and we have to face up to the fact that we are still in golus and the noose might be tightening.

No matter what you think about Joe Biden, the Democrat Party has increasingly lurched left and is now controlled by progressive socialists and anti-Semites. Should the Democrats gain power this year, we may very well be in for rough times, and we will not be able to endear ourselves to the new bosses simply by kowtowing to them. There is no telling what they will come up with. Let’s hope we don’t get there, but we need to know the danger ahead and understand our responsibility when we step into the voting booth.

What do we do? How do we react to the changing temperature and zeitgeist?

Rav Aharon Leib Shteinman had an interesting insight into why Noach was saved from annihilation. He cited the Medrash that comments on the posuk, “V’eileh toldos Noach,” that he was “noach laShomayim v’noach labrios.”

Noach was a gentle person, who was pleasant to all. There were other fine people in his day, but they weren’t as pleasing as he was, and so he was saved and they weren’t.

Rav Shteinman added, “There are many rough people who get into fights over everything. Those people weren’t saved. The one who was saved was Noach, because, as the Medrash says, he was pleasant in the way he conducted himself, in the way he spoke and in the way he dealt with people.”

We should be examining how we act and how we sound to other people if we want to be spared from the ongoing pandemic and political revolution. It would seem that one way to save ourselves would be to act in a way that will find favor with Hashem and everyone we come in contact with.

Rav Shlomo Kluger wrote in his tzavaah to his son that he should frequent the home of Rav Chaim Volozhiner and “thirstily drink in his words, examine his sterling middos and adopt them as part of your own behavior. See how he speaks softly and calmly with everyone and with a content look on his face. See how he shows respect to children and young people, and how that brings about friendship and a communal love. See how his conduct causes people to respect him, as Chazal say, ‘Who is respected? The one who respects others.’”

As the world spins out of control, and as the pandemic continues, it is tempting to be fretful and despondent, fatigued over the stubborn bug and apathetic about trying to prevent the spread. We can be forgiven if we become dejected, as these times are frustrating and anxious.

However, we must learn from Noach and act with moral clarity and decency to improve the world and ourselves. We must be decent and good, while trusting in Hashem and praying that He remove the pestilence from among us and that our actions cause us to find favor in His eyes and the eyes of man.