The Message of the Dancing Chanukah Candles 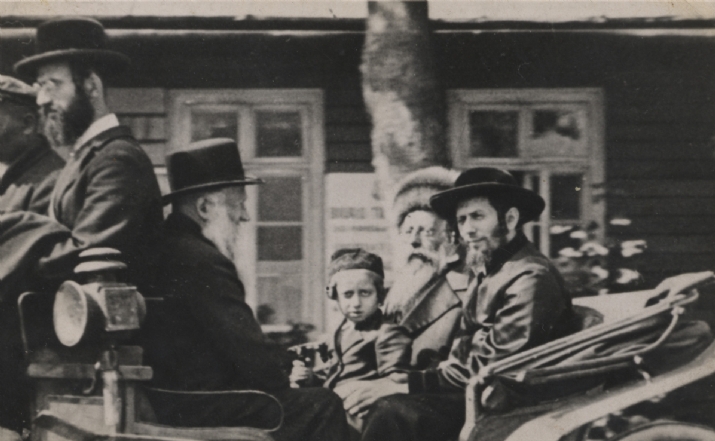 Based on a shmuess delivered by the Bobover Rebbe, Rav Naftoli Tzvi Halberstam, Zâ€tl, on Chanukah5759 at the Bobover Yeshiva Ketana, Kerem Shlomo The Bach, in his commentary on the Tur Orach Chaim (Chapter 670) teaches us a fascinating lesson. He asks why Hashem brought such horrible decrees upon the Yidden at the time of Chanukah. What was it that caused the Jews to be subject to the decrees of a cruel, ruthless government that sought to rob them of their religion and sully with impurity, the Beis Hamikdosh along with all of its vessels and even the oil? Of course, we all know the end of the story; that Hashem performed a nes; the Yidden were saved and the Beis Hamikdosh was rededicated. This spectacular miraculous victory was won by â€œfew over many, strong in the hands of the weakâ€¦.â€ It is because of these miracles that we have the yom tov of Chanukah. Nevertheless, asks the Bach, what promptedHashem to feel that he had to create the terrible scenario in the first place? Why did so many Jews have to suffer, undergoing the horrible decrees, and the terror of war? Why did so many of them have to die before the nes occurred? Certainly, it would have been better in the first place not to have the terrible travails which necessitated the nes?!

The Bach answers that the reason for the decrees was that the Yidden in that time “slackened in their avoda” in the Beis Hamikdosh and therefore, it was decreed that the avoda and the korban tomid be discontinued. What exactly does “slacking in the avoda” mean? It does not, chas veshalom, mean that they stopped doing the avoda. We know that everyday all of the required korbonos were brought. Rather, it means that they were performing the avoda in a fashion of “mitzvas anoshim melumodoh,” it had become a onerous burden that they felt forced to perform every day as opposed to a hallowed and important mitzvah done with the utmost enthusiasm.

We too, have to be extremely vigilant not to fall into the pattern of doing mitzvos by rote. If one is not careful, he can very quickly, even without realizing, fall into such a pattern. He could wake up in the mornings, wash negel vasser, make his way to the beis medrash, and perfunctorily don his tefillin and daven, simply because that is what he has to do, without focusing on what he is really doing.

With regard to the mitzvos in the Torah, however, Chazal tell us that “bechol yom yehiyu b’eynecha kichadoshim, every day they should be in your eyes like new.” One must view the performance of every mitzvah no matter how many times he has done it before, as if he has gotten a brand new item that he had never before seen or heard. For example, if somebody would send a person a letter with fascinating new information, or if somebody received a special gift containing something that he had always wanted, the person would open it and experience such a sense of joy and excitement that his whole being, his very essence becomes absorbed in reading the letter or looking at the present. This is what Chazal meant when they tell us that divrei Torah should be viewed in your eyes as if they were brand new. This is the way we must view the Torah and Mitzvos that we perform daily.

Unfortunately, as the Bach tells us, the Kohanim in that time did not appreciate the mitzvos of the Beis Hamikdosh in that fashion. They woke up in the morning, brought the korban tomid every morning, day in day out, as the possuk tells, “The first sheep they brought in the morning and the second one in the afternoon.” Hashem does not desire that manner of avoda. That is not considered properly serving Him.

Truly serving Hashem means that a Yid wakes up in the morning and accepts upon himself to serve Hashem with more enthusiasm, with greater effort than he did the day before. He thinks of a new approach that would improve his avodas Hashem, that would make his connection to Hashem and His mitzvos more meaningful, more inspirational. He must behave as if he is beginning anew, as if he never did the mitzvah he is about to perform.

Because the Yidden at the time of Chanukah did not conduct themselves in this manner, Hashem decreed that the Beis Hamikdosh and its holy vessels should be defiled and that the Jewish people should be subjugated to the Yevonim and their “war” against Yiddishkeit; their desire to uproot the mitzvos of Shabbos, Rosh Chodesh and Bris Milah.

The answer is clear from a look at the story of Chanukah. Mattisyohu the Kohen Godol and his sons, the Kohanim, who were responsible for the avoda took up the battle against the massive Greek Army. The Greek Army was enormous, well armed, with the most advanced weaponry of that time. Mattisyohu and his sons were just a few pious Jews, not in the least skilled in warfare. Nevertheless, despite the fact that by the order of nature it seemed that they were destined to be completely annihilated by the Greek Army, they were moser nefesh with every fiber of their beings to fight the Greek Army. Why? Why were they ready to fight against all odds, undeterred by the seeming reality at hand? They were propelled by an inner compulsion, a deep desire to have the Beis Hamikdosh and the avoda restored. No sacrifice was too great in their eyes, even the possible loss of life. When Hashem saw their mesirus nefesh for the avoda, He deemed it the appropriate antidote for the sin of treating the avoda like “mitzvos anoshim milimuda — performing mitzvos by rote,” and therefore rescinded His decrees against the Jews.

It was at that crucial juncture that the Yidden merited a yeshua. At that moment, when Hashem saw their deep desire to bring the korbanos daily; their dream to light the menorah each day; He ensured that they would be able to find one solitary flask of oil still sealed with the seal of the Kohen Godol. It was this mesiras nefesh that caused the mighty Greek Army to flee, overpowered by a small group of chashmonaim.

The Bach, in his explanation, was referring to the way the Kohanim at the time of the Chanukah story performed the mitzvos by rote, but in truth, these lessons of Chanukah apply to each and every one of us.

To our great sorrow, there is still no Beis Hamikdsh, nowadays we do not have the opportunity to perform the mitzvos of the Beis Hamikdosh with enthusiasm. What we do have however, is the Torah that is eternal. Every single Jew and especially bochurim and young men, still in their early years, must accept upon themselves the yoke of Heaven in a way that it is clear that the Torah and mitzvos are new and fresh to them. A person must work on himself and constantly imbue a renewed freshness in his avodas Hashem. He must always think of new innovations, new ideas that can serve to neutralize the influence of the yetzer hora of “melumadoh”.

Certainly, a person must draw on the strategies that Chazal and the tzaddikim throughout the generations have taught us to overcome the yetzer hora as the Gemora teaches us, “when the disgusting one (the yetzer hara) comes to cause you to stray, drag him into the beis hamedrash”.

Nevertheless, we must all realize that what is demanded of us today is exactly what was demanded of them. Just as they displayed mesirus nefesh, thereby atoning for and nullifying their previous sin of not doing the avoda with sufficient mesiras nefesh, so too when a Yid accepts upon himself the yoke of Torah; every day when he opens his Gemora with a freshness, a yearning, a desire to uncover the pearls of wisdom contained therein, he will merit to literally see miraculous progress, just as the chashmonaim at the time of Chanukah merited great miracles.

Indeed, how can a person, a mere flesh and bones, have the ability to overcome the yetzer hora, who is an angel? Only with mesiras nefesh. When Hashem sees that we really care, that we are not just “going through the motions,” but we really desire to become close to Him, to learn and defeat the insistent nagging of the yetzer hora, He gives us supernatural strength, above and beyond the natural capabilities of man.

Perhaps this is one of the reasons that there is a custom on Chanukah to sit, and look intently at the lights of the menorah. The possuk states, ‘ki ner mitzva v’torah ohr’ -the candles of the mitzvos signify the light of Torah. On Chanuka, we sit and look at the candles- the mitzvos that we have done, the Torah that we have learned throughout the year and weigh whether or not they were done properly. If they haven’t been performed properly, there is no better time than when we are looking at the candles, to do teshuva, just as they did teshuva in the times of Chanukah for not having performed the mitzvos with the proper kavonah, with their entire neshoma.

In light of the above, perhaps we can understand theminhog that I witnessed as a child at the feet of my grandfather, the Bobover Rebbe, the Kedushas Tzion, zt”l, and my father, the Rebbe, zt”l, too; how they would sit for half an hour in front of the candles intently looking at them, simultaneously stroking their beards. I always wondered why? We all know that many, when thinking deeply and intently about something, have a tendency to stroke their beards (see Igra Dipirka Chapter 337).

It is possible that with their conduct they were hinting to us while they were involved in the mitzvah of neiros Chanuka, that mitzvos must be done with real thought and contemplation, not just by rote. The fact that they stroked their beards showed that the message of Chanukah is the stress on performing mitzvos with our entire being, attention and thought.

This perhaps is one of the lessons of Chanukah that we must draw upon at this time of the year.