The Greatest Middah of All 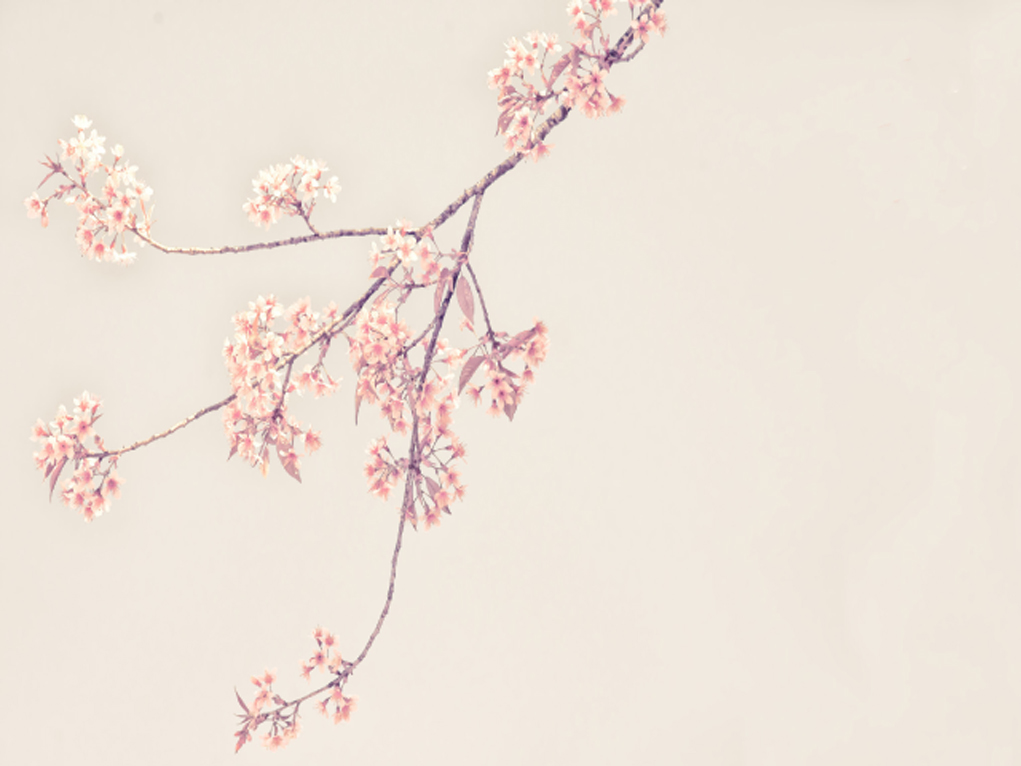 We live in a world of arrogance. Politicians, sports figures, actors and various others who have prominence in some field or other presume to preach to us about right and wrong. There seems to be no shame about the gap between personal actions and pointing fingers at others. Those who fly around the world in private jets lecture the rest of us about reducing our carbon footprints. Hollywood entertainers who speak nonchalantly about assassinating the president of the United States harangue us about being more peaceful. It goes on almost infinitely and it all stems from gaavah, the sense of superiority one develops from listening to too many compliments and praises.

Since it can happen to the best of us, this may be a good time to reflect upon some methodologies for acquiring the “greatest middah of all” (see Avodah Zarah 20b and Iggeres HaRamban, “shehi middah tovah mikol hamiddos tovos,” Tomar Devorah, chapter 2). We may not be able to change the politicians and entertainers, but as the Divrei Chaim once pithily said, “all we can do is change ourselves and that will make the world just a bit better.”

In truth, Klal Yisroel has credibility in teaching the trait of humility, for across the entire span of generations, this has always been our criterion of greatness. Moshe Rabbeinu is described as “exceedingly humble, more than any person on the face of the earth” (Bamidbar 12:3), and Rav Yosef Karo was chosen by heaven to author the Shulchan Aruch, the primary Jewish Code of Law, because of his humility (Sheim Hagedolim, Bais Yosef).

In recent years, anyone who ever met Rav Moshe Feinstein zt”l, arguably the most prominent posek of the twentieth century, was instantly impressed with his absolute anavah, humility. He spoke respectfully to adult and child, Jew and gentile, scholar and ignoramus. One soon realized that there was no dichotomy between his total mastery of the entire Torah and his personal modesty. His responsa, and especially the introductions to his magnum opus, the Iggros Moshe, seamlessly balance his authority as the leader of his generation with deference and kindness toward all.

What are the strategies for achieving humility? To be sure, there is no magic formula or easy route. The Mesillas Yeshorim devotes two long chapters (22 and 23) to this middah, as do most of the baalei mussar. Rav Moshe Yechiel Epstein, the Ozerover Rebbe, finds teachings about anavah in virtually every sedra in the Torah, as elucidated in his classic Be’er Moshe. Yet, some approaches can be gleaned from several millennia of Torah teachings about gaavah and anavah that can help us to at least avoid some of the pitfalls we have seen in the words and actions of those who purport to lead us.

Rav Shmelka Horowitz was on his way to become the newly appointed rov of Nikolsberg when his new gabbai overheard a strange “conversation” taking place in his new boss’ office. “Shmelka, you are a tzaddik,” he heard the rov whispering in the otherwise empty room. “Shmelka, you are a gaon,” the odd tribute continued. “Shmelka, there is no one like you in all of Nikolsberg, nay Poland, nay Europe, not even the world,” the self-generated acclaim finally came to a close.”

Knocking gingerly on the door, the gabbai ventured in looking somewhat bewildered. The perceptive new rov noted his helper’s expression and smilingly inquired, “So you heard my little soliloquy, Chaim Yankel? What did you think?”

Of course, the nonplussed gabbai, who was actually quite shocked, answered, “Well, rebbe, I thought you were all alone, but I must have been mistaken.”

The new rov explained to the gabbai, “I am afraid that since the custom is to praise the incoming rov beyond his actual attributes, I would become filled with arrogance, so I decided to praise myself first. I know how ridiculous I sound when I do this, so I will realize that these are all equally empty words, which mean nothing.”

The first approach to anavah-training is to learn not to take ourselves so seriously. A bit of self mockery and “reality checks” are useful tools for avoiding the pitfalls of gaavah.

Another exercise in achieving some sense of balance about ourselves can be borrowed from the sometimes brutal honesty of our rabbeim. Rav Yitzchok Zilberstein (Aleinu Leshabeiach, Devorim, page 470) tells of welcoming his rebbi, Rav Mordechai Shulman, rosh yeshiva of Yeshivas Slabodka, to his home in Switzerland. The rosh yeshiva had journeyed from afar to raise funds for his yeshiva and was exhausted by the time Shabbos arrived. In those days, Shabbos clocks were a rarity and a bright light shone into the weary guest’s room all night. In an effort to help the situation a bit, the rosh yeshiva slept uncomfortably in sunglasses. When Rav Zilberstein apologized for his less-than-optimal circumstances, the modest rosh yeshiva replied with an amazing attitude. “Perhaps I spiritually ‘killed’ one of my students by accident,” the rosh yeshiva declared, “and I must suffer the deprivations of my exile because of my sin.”

A similar sentiment was once uttered by Rav Isser Zalman Meltzer zt”l, rosh yeshiva of Etz Chaim and author of Even Ha’azel on the Rambam. “Perhaps,” he cautioned his students, “you should put a gartel around me such as we wrap around a Sefer Torah that is posul. We do this to warn everyone about its imperfections so that no one will derive false conclusions and lessons. I, too, may not have fulfilled my role properly and may require a cautionary alert.”

Such was the attitude of all of our Torah giants. They stood steadfast against those who would distort or uproot the Torah. However, when it came to their own self-image, they were constantly reevaluating their thoughts, words and actions to make sure that they had done nothing even slightly wrong. This protected them from the abyss of arrogance and crowned them with the shining glory of humility.

One of the great chassidic rebbes actually taught that the middah of anavah should come naturally to a person. The Kotzker Rebbe (quoted in Oros Genuzim to Mesillas Yeshorim, page 248) once announced to his chassidim, “Hashem is so kind to us in commanding us to be humble, not arrogant. Had He done the reverse – commanded us to be arrogant and forbidding us to be humble – these mitzvos would have been impossible to fulfill. For how can a person be haughty? Even the smartest and most talented person makes so many mistakes! Even if someone means well, trying very hard to please, he often ends up hurting feelings, causing harm and making matters worse. So how can a person be egotistical?” In his usual direct and practical way, the Kotzker teaches that being arrogant simply makes no sense, and, conversely, humility should be the natural state of a human being.

Lest the ladies feel left out, we will end with a story about one of the great Rebbetzins of our time, who taught us all the way of humility. Rebbetzin Elyashiv, wife of the posek hador, Rav Yosef Sholom Elyashiv, had a “child of her old age” and went to PTA night with all the young mothers. The rebbetzin waited patiently for her turn, although many deferentially tried to yield their appointment to the noble lady. She spoke to the teacher and left the room. At the end of a long evening, the teacher was finally heading home. Suddenly, she noticed Rebbetzin Elyashiv sitting patiently in the hallway, long after her session had been completed. “Rebbetzin,” the morah asked, worry written on her face, “did I say anything wrong? I told you that your daughter was a wonderful, fine girl.” With a serene smile, Rebbetzin Elyashiv responded, “How could I allow morah to leave so deserted a place at night all alone?” The teacher left the school excitedly declaiming how honored she was to be walking home with the venerable rebbetzin. For her part, however, Rebbetzin Elyashiv responded, “You can’t imagine how happy my daughter will be when I tell her that I had the honor of walking home with morah” (Aleinu Leshabeiach, Shemos, page 232). What chinuch habonim vehabanos! The lesson in raising children to respect their teachers is profound. But the lesson in humility throughout life is even greater and deeper.

May we, too, absorb the actions and middos of our teachers and emulate their genuine and natural humility. As the great rebbe of Vizhnitz, Rav Chaim Meir zt”l, used to say, “The humble are always happy because they have no expectations. They feel that nothing is due them, so everything they receive is accepted as a joyous gift.” He derives this beautiful thought from the posuk of “Vehayisa ach somei’ach” (Devorim 16:15). Chazal (see Yerushalmi, Brachos 9:7) teach that the word ach is a miut, a diminution or reduction. The more one reduces himself, the happier he will be. The rebbe of Ozerov, whom Rav Shlomo Wolbe referred to as “the embodiment of anavah,” advised that just as the smaller a target is, the more difficult it is to hit it, the smaller we make ourselves, the more difficult it is for the Soton or any of our other enemies to hurt us. May we all indeed be protected by providing virtually no target for our enemies through the great middah of anavah