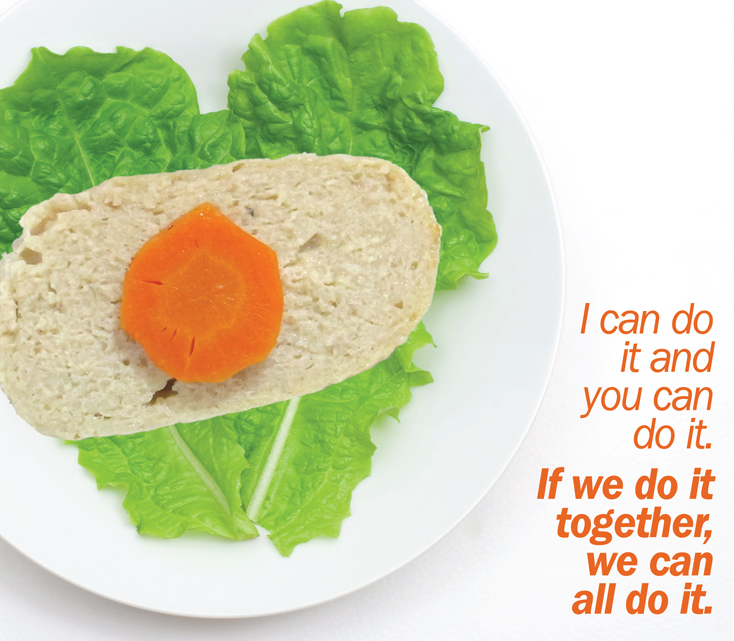 Imagine a land where people have no appreciation for music, where the sounds of song are never heard. In a country like that, instruments are viewed with suspicion and voices raised in harmony are quickly stilled.

Unbeknownst to each other, there are lone individuals who dot the country and love music, but they keep it a secret. In the solitude and seclusion of their homes, they might play a few bars and hum a melody, but only quietly.

One day, word spreads of a gathering, where all of them will come together, the musicians and the singers, those who love to sing and those who love to hear. They will ignore the disdain and disapproval of the masses and congregate, their instruments and voices joining together.

It will be the most glorious song ever heard, the secret longing and hopes of so many, more than a thousand sounds fusing as one.

It’s the “metzius,” the very fact that this gathering will take place, that gives vent to the song within the participants.

This analogy helps explain the way the Vilna Gaon (Shir Hashirim 1:17) describes the power and potency of the Mishkon. Every individual Jew was walking around with a flame in his heart, but until they had a place where they could unite; a physical location where they could connect; those passions lay dormant.

The Mishkon allowed the collective fires to unite and light up the world. There, the secret could emerge. Like musicians meeting up and creating song, a nation of dveikim baHashem found each other in this sacred structure, elevating the landscape.

The Shechinah resides inside the heart of every good Yid. The Mishkon is the place where all those Yidden gather, as the Shechinah that dwells inside of them comes alive and expands, kevayachol. Hashem therefore commanded to take a “terumah” from every “ish asher yidvenu libo,” allowing every person to contribute from his heart towards the construction of the Mishkon, enabling all the hearts to join together in this special place.

In the Mishkon, every feature reflected Divine mysteries and each element was filled with cosmic significance. Just as the calendar ushers in the month of Adar, we begin reading the parshiyos that detail the particulars of the construction of this special place.

The month of Adar has taught us that, as a nation, we can achieve salvation. The shekolim that were collected symbolize that the Mishkon was meant to achieve the sense of shared purpose and desire that defines every Jew.

Achdus is a current buzzword, often misused as a catchphrase manipulated to paint those of us who have standards and traditions as haters. If we dare call out the falsifiers of the Torah for what they are, we are condemned for lacking achdus.

The Mishkon, which was the epicenter of unity in the universe, came with severe restrictions. While everyone could contribute to its construction, there were many halachos delineating who could approach the Mishkon and who couldn’t, who could perform the avodah there and who couldn’t. Achdus comes with rules. It is not a free-for-all, as some would have you think.

The pesukim at the beginning of Sefer Bamidbor (1:50) charge shevet Levi with assembling and dismantling the Mishkon and its keilim when the Bnei Yisroel traveled. Any outsider who dared approach and attempt to do the coveted work specified for shevet Levi would be killed. There were also precise rules for each one of the keilim.

Achdus doesn’t mean an absence of rules. It doesn’t mean that anything goes. It means that everyone who beholds holiness has a unique role to play in the mosaic of Yiddishkeit.

While detailing the laws of the Mishkon, the posuk says, “Vehayah haMishkon echad – And the Mishkon will be one.” What does the Torah mean with this addition? The Ibn Ezra explains that the oneness of the structure reflects the oneness of Hashem’s creation. It reflects harmony and unity.

The Me’or V’shemesh writes that chassidim would make it a priority to travel to their rebbe for Shabbos to be inspired. But the prime growth was not necessarily derived from the rebbe’s Torah or tefillah. He writes that chassidim achieved more than anything else from simply being together. Each chossid who went to the rebbe for Shabbos automatically had tens of new teachers, the other Jews with whom he was gathered, each one of them able to teach him something. From this one, he learned about kavanah in davening. In that one, he saw the definition of oneg Shabbos, and in a third, he observed extraordinary middos.

The Kitzur Shulchan Aruch (12:2) explains: “Unity and connection in the lower realms create a bond in the higher spheres, and the tefillos join together and are beloved by Hashem.”

The feeling of connection that a Jew experiences as he walks into shul – Yankel’s cheerful good morning, Moishe’s careful Birchos Hashachar, the way Chaim respectfully holds the door for an older man – opens gates in Shomayim. The shared fire they have created is more powerful than their individual points of light.

I have a neighbor, a delightful Sephardic gentleman, who enjoys teasing me on Friday night as we leave shul, asking me, week after week, what the carrot on the gefilte fish symbolizes. While I’m not privy to the mysteries concealed in ma’acholei Shabbos, of which there are many, I enjoy the exchange, because it hammers home a beautiful truth. He will go home and eat his traditional Shabbos foods and I will eat mine, yet we agree about why we are eating them, whom we are honoring, and what we hope to achieve. He revels in his points of light and I revel in mine, and together we thrive on our individual mesorah handed down generation after generation through the millennia of the exile.

Rav Avigdor Miller would say that Shabbos is our Mishkon. He explained that this is hinted to by the fact that the 39 melachos are derived from the building of the Mishkon. Note the similarities in the ways Jews prepared to enter the holy structure and the way we prepare for Shabbos. Look at how each has strict rules that must be observed, the danger of ignoring them, and, most of all, the way each one is meant to create an earthy sanctuary for Hashem, carving out a physical resting place for the Shechinah.

On Shabbos, there is a sense of achdus, because we don’t see our neighbors as carpenters or lawyers, mechanchim or electricians. We are all Jews who have come together in our bigdei Shabbos – much like the bigdei avodah – for Hashem’s glory, a reflection of what life was like around the Mishkon.

Rav Avrohom and Rebbetzin Chava Pincus lived for Klal Yisroel. She was a talmidah of Sarah Schneirer and Rav Avrohom was one of the few American boys who went overseas to learn in the prewar Mirrer Yeshiva. As a couple, they spent their life together in motion, teaching, guiding and inspiring kehillos. Finally, when they were in their seventies, they retired to Yerushalayim to enjoy the relaxed pace of their golden years in the holy city.

Their son, Rav Shimshon, had other ideas. He became acquainted with the kehillah in Santiago, Chile, and thought that his father would be the ideal choice to head a new kollel there. The dedicated couple agreed, and in 1983, they settled there, lifting the community with their ahavas Yisroel and harbotzas Torah over the next few years.

In 1990, the exceptional couple celebrated their fiftieth wedding anniversary. They had just returned to live in Yerushalayim, and the Pincus children tried to find the perfect gift for their parents. They came up with an idea: All nine children surprised them, coming from across Eretz Yisroel, New York and Los Angeles, to be with their parents.

They walked in on their parents as they were sitting at the Shabbos table Friday evening. After being separated for so long, the children sat around the table looking at their parents with reverence and love. It was the greatest gift possible.

Rav Shimshon spoke at the celebration, giving expression to the emotion in the room when he turned to his parents and said, “And this, the way you feel now, is how I imagine the final kibbutz goluyos: Yidden from all over greeting the Shechinah the way we greet you…

“Mammeh, we are home. We are together.”

With the words of the Vilna Gaon as our guide, we can understand the oft-repeated lesson that achdus will lead to geulah. It’s not merely the zechus of unity, it’s the synergistic effect of unity, when we camp around a place and allow the song within each of us to emerge, fusing with the melodies of others that will lay the opening for the geulah.

Like Rav Pincus said, when that moment comes, our shared hopes, dreams and ambitions will combine to create a place of hashra’as haShechinah.

I can do it and you can do it. If we do it together, we can all do it.

Forged in a crucible of holiness, we keep the embers alive, awaiting the day when we all rid ourselves of the ashes that prevent us from joining all the holy embers and bringing about the great reunion.