The Eternal Gifts of Kabbolas HaTorah 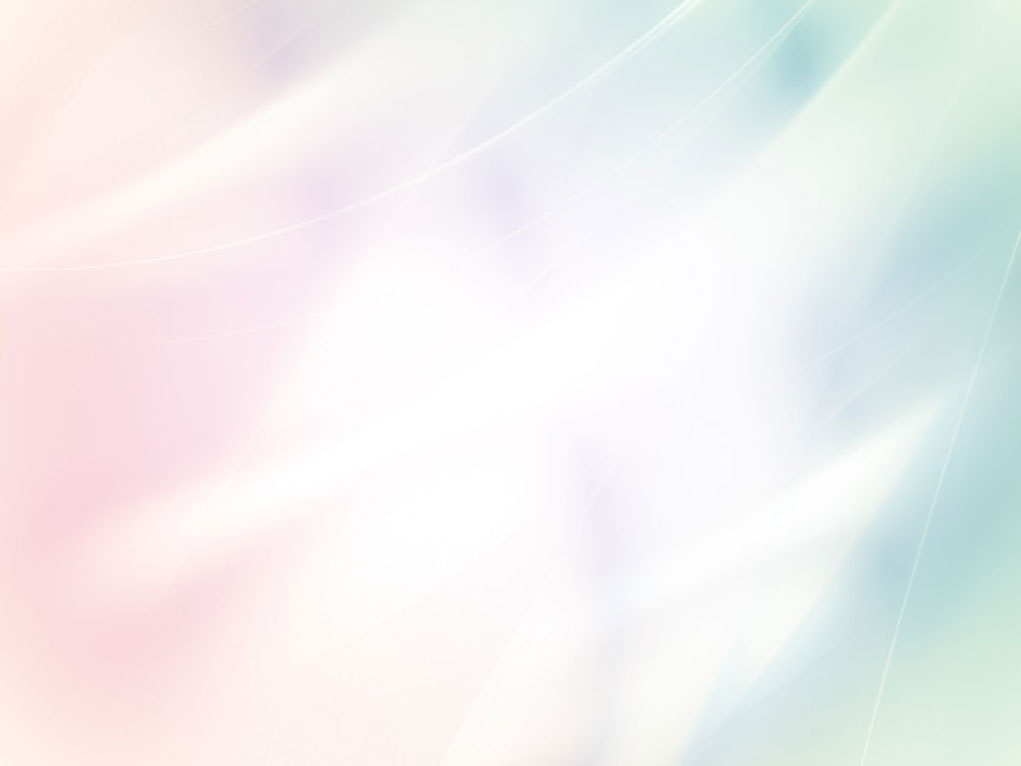 The question has been asked numerous times over the past three millennia. Why did Mattan Torah have to be such a spectacular event? After all, Moshe Rabbeinu had been told in his very first prophesy that the purpose of the exodus was to receive the Torah (Shemos 3:12). Furthermore, the Rishonim teach us that we count the Omer because as soon as we heard that we would receive the Torah in fifty days, we began to count yearningly for the long-awaited day. Our timeless declaration of Naaseh Venishma was the greatest proof that, unlike the rest of the world, we accepted the Torah sight unseen with no limitations. So why were the pyrotechnics – which were so frightening that we actually died and had to be revived in the process – necessary? Wasn’t this simply a glorified teaching moment? Hashem wanted to give us the Torah and we wanted to receive. All He had to do was teach us. Why lightning and thunder, the mountain up in the air, and silence throughout the universe?

One answer is that Mattan Torah became the paradigm of all future moments of Torah teaching. The Torah was given with “fear and awe, trembling and sweat” (see Brachos 22a), so that each session of talmud Torah would be an unforgettable experience, not just an intellectual exercise.

However, there are several other perhaps even more important and eternal aspects of Mattan Torah which constantly reverberate in our daily Torah studies.

My rebbi, Rav Yitzchok Hutner (Pachad Yitzchok, Shavuos 9:2; 32:3), teaches that each aspect and detail of Mattan Torah constitutes a prototype for all Torah study down through the ages. Let us explore some of these examples that he enumerates and how they have proven both pragmatic and crucial in our miraculous and tenacious adherence to the Torah for these past 3,334 monumental years.

First of all, unlike all other merely intellectual exercises, Klal Yisroel was permanently and formatively changed in the process of Mattan Torah. The Gemara (Shabbos 146a) reveals that during Mattan Torah, Klal Yisroel was purified and cured of the poison injected by the primordial serpent into all of mankind. At the event which in effect recreated us, we were elevated and healed from the toxic sin of Adam and made into an entirely new entity (Pachad Yitzchok 25:10). It is this rejuvenation and transformation that must be part of every transmission of Torah. Thousands of seemingly minor anecdotes down through the ages have eloquently demonstrated that if learning Torah is not an unforgettable event, then it wasn’t the replication of Maamad Har Sinai it was meant to be. On the other hand, when a shiur, learning session or even casual vort is what it should be, the eternal power of Sinai has been evoked. Talmidim at their rebbi’s lecture as well as Chassidim at the tish of their rebbe are experiencing a microcosm of Har Sinai which is now further engraved upon their hearts and souls. That is the difference between secular studies and constantly being a part of the sacred moments of Kabbolas HaTorah.

Secondly, the Ramban (additions to Rambam’s Sefer Hamitzvos, No. 2) is of the opinion that the mitzvah (Devorim 4:9) to remember Sinai relates to the event, not the actual commandments. Rav Hutner (Pachad Yitzchok 8) explains, based upon the Mechilta (to Shemos 20:15), that the elemental Jewish trait of busha flowed from the event of Mattan Torah. In other words, not only did we become a people of refinement with an innate abhorrence of coarseness, but we have an obligation to cherish this distinction. Of course, this holds all the more for our thoughts and aspirations on the Yom Tov of Shavuos, when we attained these characteristics and must labor mightily to retain them in the face of societal and cultural forces arrayed against them.

One example of all these teachings is reflected beautifully in a ruling given by the Chazon Ish. Rav Menachem Stein relates that when the great posek was taking his daily medically mandated stroll, he allowed bochurim to accompany him, “speak in learning,” and ask shaalos. One of these was presented by a Ponovezher talmid who was faced with a dilemma. He was actually quite a masmid, learning intensely 16 to 17 hours a day. His elderly aunt was in the hospital, and he was her favorite and most trusted nephew, as she unfortunately had no children of her own. The aunt wanted desperately for the young man to attend to her in the hospital, take her to x-rays and other tests, and give her medicines and other necessities. She insisted that only this nephew would give her the peace of mind to recuperate properly. His shaalah was if he should indeed take time off from his precious learning to do this mitzvah and follow Chazal’s edict (Mechilta, Shemos 9) not to lose an opportunity to perform a mitzvah or to turn to others for help so that he would not be mevatel Torah.

The Chazon Ish, who wrote extensively about and personified total immersion in Torah, ruled that he should spend a few weeks with his aunt taking care of her in the hospital. He added that “you should know that each and every medicine you bring her and each test to which you transport her is considered not only chesed, but Torah study itself.”

The surprised bochur inquired, “Rebbe, I understand that I will be performing chesed, but what does this have to do with learning Torah?”

The Chazon Ish’s answer goes to the heart of Mattan Torah itself. “Why do you learn so many hours of Torah a day?” the Chazon Ish inquired kindly. “It is because,” he continued, “your most ardent wish is that the Torah should be absorbed into your bloodstream, as are all the wonderful genes that we all have.

“However, you should know that the Torah itself is the highest of all ideals. The Aseres Hadibros begins with the word Anochi. Why didn’t Hashem begin with the word ani, which is a simpler version of ‘I’? The answer is given in the Gemara (Shabbos 105a) that the word Anochi is an acronym for the words ‘I have written and given to you My very own soul.’”

The Chazon Ish continued to tell the young man that the Ramchal explains that Hashem constrained Himself so that He Himself could be found in the sacred letters of the Torah. He cited the words of the Ramban (Introduction to Torah commentary) that the letters of the Torah comprise the Divine Name over and over. Therefore, we receive His light whenever we study Torah.” The Chazon Ish concluded with the powerful and eternal words that “In truth, the Torah is completely spiritual and we are comprised of material and corporeal flesh and blood. How can the two merge and interact? The answer is that the Torah only adheres to one who is refined and thoroughly gracious and noble.” This halachic and spiritual guidance was given by one of the greatest giants of the twentieth century based upon the eternal message and legacy of Mattan Torah. The message was that learning Torah and performing its teachings are one and the same and must be the basis of proper actions as well.

Another practical lesson from Mattan Torah may be derived from Moshe Rabbeinu’s struggle to give the Torah to us rather than to the angels. The Gemara (Shabbos 88b) tells us that the angels claimed that the Creator would be better off giving the Torah to them. Hashem turns the question to Moshe Rabbeinu, who must grasp the Heavenly Throne for protection while he defends our priority in receiving the Torah. Eventually, the malachim relent and confess that the Torah is ours. The Chasam Sofer is puzzled by the exchange. Surely it is obvious that the Torah was designated for people with bodies, parents and other physical traits, rather than purely celestial beings. Furthermore, why did Moshe Rabbeinu have to go through such a trial by fire, necessitating the safety of the Throne from his antagonists?

The Chasam Sofer, too, derives a lasting message from every detail of Mattan Torah. The ones who prove worthy of receiving the Torah are the ones who are willing to suffer and fight for her. Those who will add to kevod Shomayim – the glory of Heaven – will receive the Torah even if there are those who seem holier and closer to Heaven. The baby in utero is taught the entire Torah (Niddah 30a), only to forget it so that he can receive it anew out of hard work and struggle. It may be easy for the angels, but we are the ones who have fought for her against our joint enemies, anti-Semites, combative governments and, sadly, even antagonists from within. Just as Moshe Rabbeinu had to fight to be given the Torah, so must each one of us do battle for the privilege and opportunity to bask in its wisdom and be warmed by its light.

A wonderful man complained to a baal mussar in Eretz Yisroel that one of his sons had completely gone “off the derech.” He had tried everything and was about to give up. The mashgiach told him that it was forbidden to give up. One must fight for one’s child. Mattan Torah sometimes requires a battle, but one should never be meya’eish. The man started over again, developed new strategies, offered new incentives, and davened much more. The child returned and made his own kabbolas haTorah again. Shavuos brings many presents, some obvious and some profoundly hidden, but they are there for the receiving if we truly want its gifts.

May we all be zocheh to our personal kabbolas haTorah through our own efforts and siyata diShmaya.