The Enduring Mystery of Asarah B’Teves 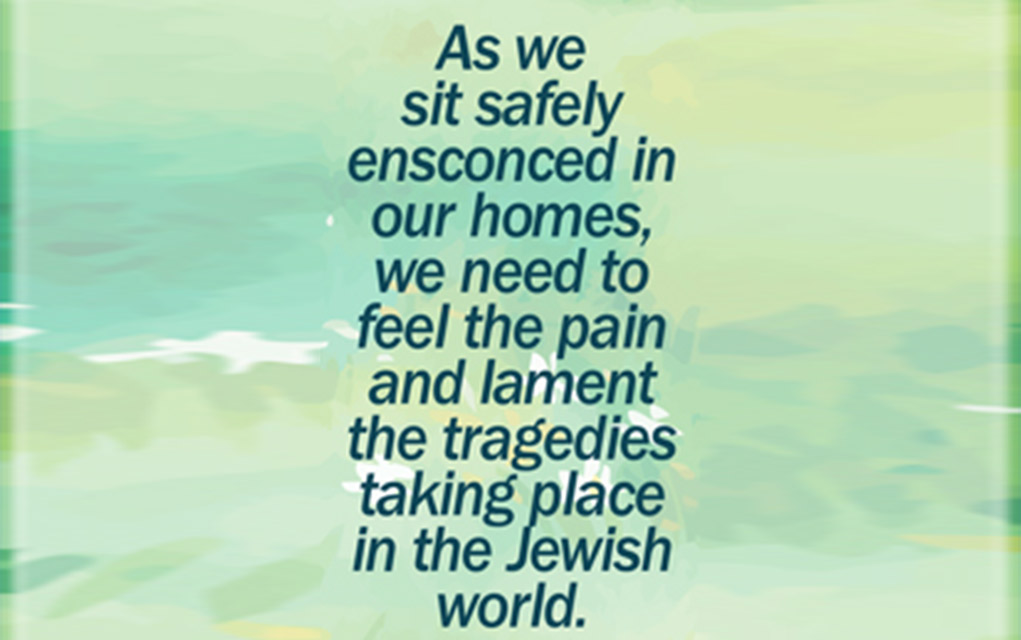 It is the shortest of the so-called minor fast days, but it is treated halachically as the most severe (see Dayan Yisroel Yaakov Fischer’s Even Yisroel 7:28). Other than Yom Kippur, it is the only one that would obligate us to fast on Shabbos if it could fall out that way (Bais Yosef 550 in the name of the Abudraham, page 254; Minchas Chinuch 301;Ohr Somayach, Hilchos Taanis 5:6).

The Brisker Rov (quoted by Rav C. Turtzin in Inyonei Chanukah UPurim, page 39) famously explained the uniqueness of Asarah B’Teves as flowing from the fact that all the other fast days were not originally assigned to a particular day. They represented an event that occurred during that month (see Zecharya 8:19 and Ritvah, Rosh Hashanah 18b). However, regarding Asarah B’Teves, the posuk (Yechezkel 24:1) indicates that the event happened “b’etzem hayom hazeh, this very day,” meaning that it was not originally decreed as “the fast of the month,” but specifically the tenth of Teves, like Yom Kippur, the other etzem hayom hazeh.

In any case, few of us seem to think of Asarah B’Teves with the seriousness of Tishah B’Av. Yet, as we have seen, on one level, it requires even more gravity. The Brisker Rov helped us understand the source of Asarah B’Teves’ uniqueness, but why indeed does it carry this astonishing ability to supersede the mitzvos de’Oraisa of Shabbos?

The Chasam Sofer (Toras Moshe, drashah for Asarah B’Teves and Siddur, Selichos for Asarah B’Teves) reveals an astonishing insight into the meaning of Asarah B’Teves. We know that on Asarah B’Teves, Nevuchadnetzar began to besiege Yerushalayim, thus beginning the process that led inexorably to the churban, the eventual destruction of the Bais Hamikdosh. The Chasam Sofer teaches us that what was happening up in heaven was that Yerushalayim was being judged and evaluated. On that day, up above, Yerushalayim was found wanting and the decision for its destruction was finalized. In fact, he continues, since any generation in which the Bais Hamikdosh is not rebuilt, it is as if it was destroyed, the annual adjudication is done on the tenth of Teves. In effect, we are not fasting because of an ancient event, “but because of a present calamity.”

Therefore, the Chasam Sofer concludes, we would not fast on the seventeenth of Tammuz or even Tishah B’Av if they fell on Shabbos, because by then, heavenly edicts have already taken place and we do not fast on Shabbos for the past. However, Asarah B’Teves, like a bad dream on a Friday night, represents an immediate clear and present danger, which supersedes even Shabbos.

With this powerful revelation of the Chasam Sofer, we can understand why a number of baalei mussar shared with us specific self-improvements that are both appropriate and mandatory for Asarah B’Teves. If we are actually being judged right now about whether or not the Bais Hamikdosh will be rebuilt this year, we must attempt to be better than those who lived at the time of the churban. This is usually difficult, since we generally understand the generations to be going down spiritually – yeridas hadoros – a slow but definitive spiritual decline. Yet, we have one advantage over those earlier generations that brought about each churban. We have been told exactly what the problem was. They were often in the dark about their failings, and even when they were revealed, they engaged in denial, self-deception and delusional behavior. We don’t have those luxuries and, on the other hand, we have been given the knowledge and tools to effectuate a different result. For that, we are fully responsible.

To give two specific examples, the mussar shmuessen of Rav Mordechai Schwab zt”l on Asarah B’Teves zero in on what went wrong then and what we can do now. He quotes (Maamar Mordechai, page 5) from the Gemara in Maseches Bava Metzia (58b), which states that one of the sinners who will never arise from gehennom is the person who calls a fellow Jew by an embarrassing name.

He shares with us a fascinating fact about the creation of the Knessiah Gedolah. Rav Schwab discloses that during the crucial period between the World Wars, Klal Yisroel as a whole fit this description of mechaneh sheim ra lechaveiro, using a pejorative appellation for fellow Jews. These were usually just references to the country or city where other Jews lived, but since they were spoken derogatorily, they constituted this enormous sin mentioned by the Gemara.

The founding of the Knessiah Gedolah was meant to cause this rift in Klal Yisroel to cease, by unifying Klal Yisroel through loyalty to Hashem, regardless of geographic origin. As Rav Schwab points out, the Knessiah largely, but not totally, succeeded in this endeavor, although certain appellations were still applied to German Jews until Rav Boruch Ber Leibowitz, the rosh yeshiva of Kaminetz, wrote a famous letter (originally sent to Rav Mordechai’s brother, Rav Shimon Schwab zt”l, printed in Birchas Shmuel to Kiddushin, No. 27) praising German Jews. Rav Schwab insightfully alerts us to the need to do teshuvah on Asarah B’Teves for the types of sins that destroyed the second Bais Hamikdosh, the one closest to us: those related to bein adam lachaveiro, sins of interpersonal relations.

On another Asarah B’Teves, Rav Schwab spoke about the sin of listening to lashon hara (ibid. maamar 35). He explained that he was focusing upon the sin of listening, not that of speaking, because the listener who accepts the gossip actually completes the evil act of the speaker. Until someone has listened and believed the evil tale, the speaker’s sin is incomplete and somewhat purposeless. However, once the word has been internalized by someone else, the act of lashon hara has been finalized.

Rav Schwab goes on for many pages to prove that the second Bais Hamikdosh was virtually destroyed by the simple but devastating act of lashon hara, and therefore, our mandate on the day the churban was generated is to show clearly that we have learned the lesson of respecting our fellow and never to speak ill of him or to cause him anguish of any kind.

Rav Gedalya Schorr zt”l (end of Ohr Gedalyahu on Bereishis, page 154) also notes the uniqueness of Asarah B’Teves. He suggests, from a passage in the Selichos for the day, that the middah to work on this day is that of bitachon, the complete and total faith in Hashem that was lacking in that generation. Although it would seem at the destruction of the second Bais Hamikdosh that this contradicts the Gemara (Yoma 9b) which attributes the tragedy to sins of bein adam lachaveiro, in truth, when man does not sufficiently trust G-d, he begins to resent his fellow man’s success and achievements, causing lashon hara and name-calling.

Perhaps, the importance of Asarah B’Teves flows also from one opinion (see Rav Yechiel Michel Stern’s Otzar Hayedios, chapter 23) that Ezra Hasofer passed away on Asarah B’Teves, one day after his great colleague, Nechemiah. Thus, on Asarah B’Teves, each one of us must endeavor to attempt to replace the Torah lost during these tragic days. Furthermore, we can learn from the beautiful relationship between Ezra and Nechemiah how to rebuild the Bais Hamikdosh lost because of sinas chinom through mutual respect and ahavas Yisroel.

Coming directly from the powerful spiritual light of Chanukah, may we be inspired to utilize the opportunity of Asarah B’Teves to deepen our love for our brethren, hopefully adding the last few bricks needed to rebuild the Bais Hamikdosh, bemeheirah beyomeinu.