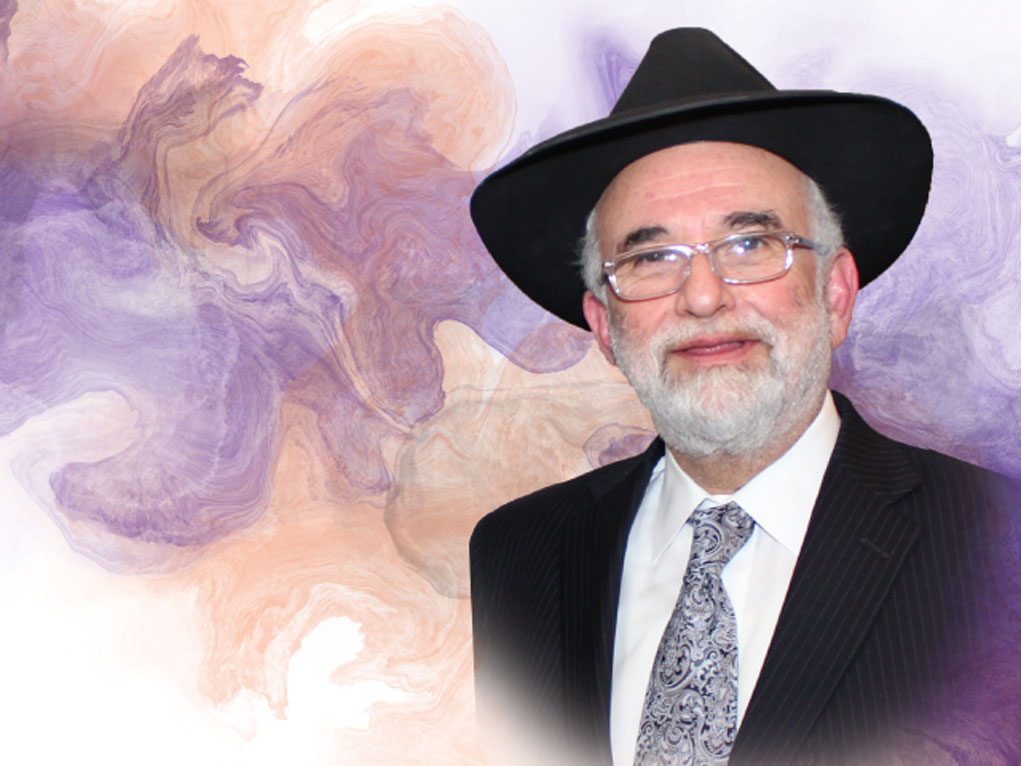 I didn’t know Rabbi Yaakov Rajchenbach zt”l. I only met him once, briefly, in 2016, when we came to Chicago to raise money for the French Children’s Fund. He contributed generously and was very nice to us, and I distinctly remember his smile and effort to make us feel welcome and respected.

But despite the fact that I did not know him, he nonetheless influenced me so intensely that there is hardly a day that I don’t think about him and the deep lesson he taught me before we even met.

In 2011, I attended the Telshe Chicago dinner. On that occasion, the yeshiva paid tribute to the late chairman of the board, Rabbi Aron Eisenberg. In the memorial video, Reb Yaakov Rajchenbach, who was the yeshiva’s co-chairman together with Reb Yosef Davis, made the following statement; “Our focus and goal in being the chairmen of the board of the yeshiva is to follow in the footsteps of Rav Aron Eisenberg, who told me a number of times to follow the wishes and the desires of the roshei yeshiva.”

Now here is what Reb Yaakov did not say. He didn’t say that he holds so highly of the roshei yeshiva that he always supports their opinions. He didn’t say that he is mevatel his daas to their daas Torah. He also didn’t say, “I recognize my status as a baal habayis and thus defer to the gedolei Torah who are the roshei yeshiva of Telshe Chicago.” If he would have made any of the above statements, we would correctly be in awe of him as a unique lay leader who humbly recognizes his tafkid and status while working alongside gedolei Torah.

But he didn’t make any of those statements. Rather, in a few short words, he said something that many others would be embarrassed to be heard saying in public. He said that he wants to follow the wishes and desires of the roshei yeshiva. He was essentially saying that he seeks to evaluate neither the roshei yeshiva nor their opinions. All he wants to know is what it is that they desire. And then he will work to make it happen.

What is so great about his statement? The average ehrlicheh Yid is not ready to give up on holding on to the power of his own intellect. Even while taking the right actions, we try to feel like we are driven by our gut, nobility, and gumption. Aderaba, when we do a mitzvah, we pat ourselves on the back, feel our heart swell, and affirm our good character and derech hachaim.

But when someone says that he follows the rosh yeshiva’s wishes and desires, he completely removes himself from the picture. What he is essentially saying is: I don’t care whether the rosh yeshiva is right or wrong. I only want to know one thing: What does he want, and that is what I will follow. And Reb Yaakov even chose a word that can be seen as coarse: the roshei yeshiva’s desires. He was making a point ever so effortlessly and he made it well.

Lemai nafka minah? Every interaction with one’s job is affected by this hashkafah, but here is one example. What do you do when the rov or rosh yeshiva wants to implement something that appears to be self-serving? If your loyalty to him was rooted only in the principle of daas Torah, you might be challenged in the face of an opinion of his which seems to be for his own benefit. But if you’ve decided to be a faithful servant in carrying out his desires, you won’t be strained or burdened in that situation.

And thus, Reb Yaakov showed his example to anyone willing to be mekabel. He showed an outstanding madreigah we should strive to emulate. And in essence, he encapsulated everything we strive for as an eved Hashem.

Hashem gave us a mitzvah to honor our parents and our rabbeim (see Rambam, Hilchos Talmud Torah 5:1). And both of these honors are connected to honoring Hashem. In Pirkei Avos (4:12), it says, “Moreh raboch kemoreh Shomayim,” and the Gemara in Bava Metzia (32a) says, “Hukash kibbud av v’eim lechvodo shel Makom,” honoring one’s father and mother is equated to honoring Hashem. And many seforim teach us that we can improve in our madreigah of kevod Shomayim through improving in kibbud av v’eim and kevod rabbo. And the reason for this is because we can physically see and feel our parents and rabbeim, and once we sense what it feels like to properly honor them, we will have a better sense of what kevod Hashem is supposed to be like.

The Mishnah in Avos (2:4) says, “Asei retzono kirtzonecha,” treat His will as if it were your own will. The sefer Arvei Nachal explains that we have to search for the ratzon Hashem even when Hashem didn’t give us a specific halacha mefureshes. As an example, someone’s father asks him for a piece of bread and a cup of water, but he sees that his father is weak and worn out and would surely love to have a full warm meal. He understands that his father doesn’t want to burden him too much, so he only asks for the minimum. The proper way to honor him would be to give him what you know he would want – a full meal – even if he didn’t tell you to do so much. So too, we should strive to achieve this level in our avodas Hashem. We should strive to be mekayeim the ratzon Hashem even when we may not be able to find an open se’if in Shulchan Aruch. We might need to ask our rabbeim for guidance, but if we want to, we can figure out what the ratzon Hashem is.

My brother, Rav Avrohom, shared with me an incredibly deep pshat on a Gemara in Brachos. The Gemara tells us that the malochim said to Hakadosh Boruch Hu, “It says in Your Torah, ‘Asher lo yisah ponim,’ that You don’t favor anyone by overlooking aveiros. But then it says, ‘Yisah Hashem ponov eilecha,’ which means that to Klal Yisroel, You do show favor. How is that not inconsistent?” And Hashem answered, “How can I not show favor to Klal Yisroel? I told them in Parshas Eikev, ‘V’achalta v’savata uveirachta es Hashem Elokecha,’ that they should say Birkas Hamazon only after eating a satisfying meal, and Klal Yisroel is medakdeik and machmir even if they only eat a kezayis.”

The question is: What is so unique about this particular chumrah of bentching after eating a kezayis? And additionally, how does this chumra uniquely justify treating Klal Yisroel with extra favor?

Rav Avrohom answered that the idea of bentching exclusively after eating a satisfying meal, “k’dei sviah,” represents an avodas Hashem that is contingent on our understanding, satisfaction, and appreciation of what Hashem gave us. It is the type of gratefulness and service to Hashem Yisborach that comes on a “full stomach.” Klal Yisroel says, “We don’t want an avodas Hashem that exists only when our ratzon is fulfilled, when our stomach is full. Rather, we want to serve the Ribono Shel Olam even if He gives us only the minimum shiur. We want to be focused on His ratzon, on His avodah, even when our dreams, wishes, and desires are not fulfilled.”

And that is Hashem’s answer to the question of the malachei hashareis. A people who want to serve Me when their desires are unfulfilled deserve in pure justice and fairness to be shown favor against My system and order of asher lo yisah ponim. A people who want to search for My ratzon beyond exactly what I commanded them deserve in all justice and fairness for Me to fulfill their desires. And that is what the Mishnah in Pirkei Avos says: Asei retzono kirtzonecha, treat His will as if it were your own will, k’dei sheyaaseh retzonecha kirtzono, so that He will treat your will as if it were His will.

And to think that Rabbi Yaakov Rajchenbach encapsulated so much depth in a few unassuming words.

Halevai we should be zocheh to have some measure of connection to these great madreigos. Yehi zichro boruch.