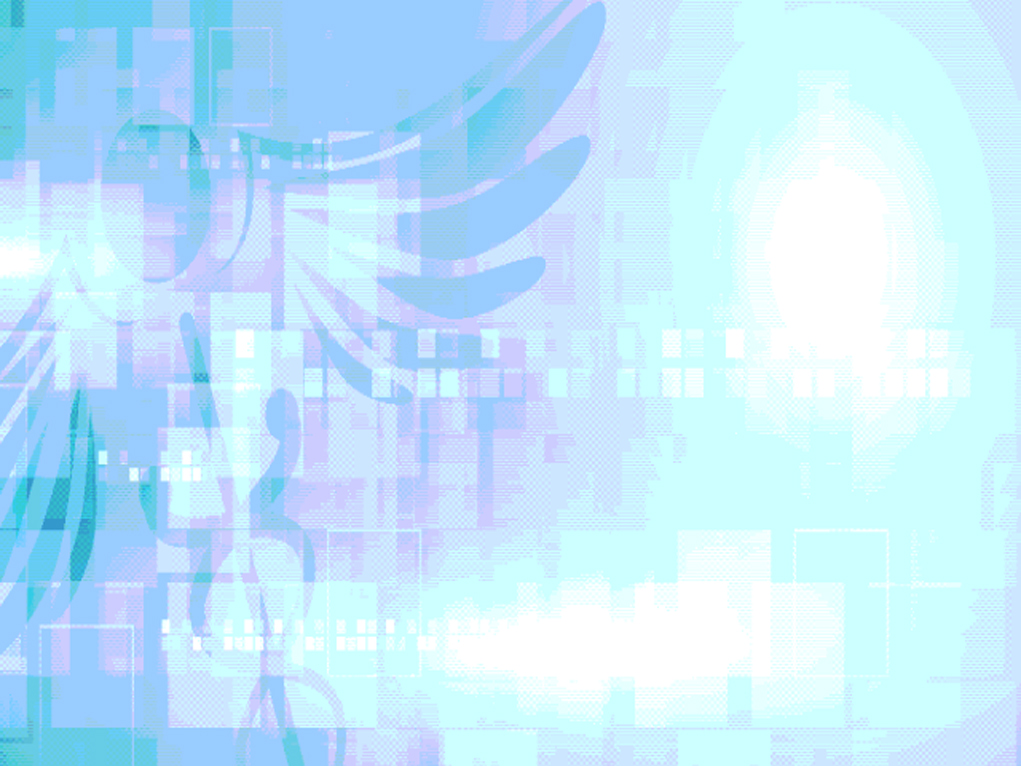 After twenty-two years of living in a foreign country, Yaakov Avinu was finally returning to the land of his fathers, the land of Canaan. But first he would have to clear a hurdle: facing Eisav on his way there. Eisav harbored a deep hatred for his brother and was still resolute in getting revenge for Yaakov’s taking the brachos away from him. Yaakov was very much dreading this confrontation and took special measures to avoid bloodshed. But after sending presents to appease Eisav and davening to Hashem, he would have to face the inevitable. Eisav finally made his appearance. What followed was not only a tremendous yeshuah for Yaakov, but also a portent of the future for his progeny.

In his kuntres Ikvesa Demeshicha, Rav Elchonon Wasserman quotes the Vilna Gaon, who says that this entire parsha of Yaakov meeting Eisav alludes to the days immediately preceding Moshiach. The posuk which states, “And he put the handmaids and their children first, Leah and her children next, and Rochel and Yosef last” (Bereishis 33:2), is a remez to the state of our people at this time. Those at the front, the leaders and spokespeople of the nation, will be at the lowest level of Klal Yisroel, similar to the maidservants who were in the front. Behind them will be the middle class of Jews, the common people who serve Hashem, similar to the children of Leah, who were of a higher class than the handmaids. All the way behind will be the most distinguished class of Yidden, similar to Rochel and her sons, the talmidei chachomim. They will not be heard; they will be scoffed at and looked down upon.

It is clear, says Rav Elchonon, that the words of the Vilna Gaon have come true in our times. In previous generations, the leaders who represented our people to the world were the gedolim in Torah. Today, however, the spokesmen are the secular organizations and their leaders, with hashkafos and policies contrary to the Torah and ideas that are detrimental to Yiddishkeit. Can you imagine Rav Aharon Leib Shteinman or Rav Chaim Kanievsky or Chassidishe admorim being the ones the entire world listens to when hearing their point of view? How far we are from such a situation. Chareidi Yidden are looked at as backward and archaic, not in tune with today’s progressive society. This is proof that our yeshuah is not long in coming.

Why is this parsha a remez to the days of Moshiach? Because Yaakov Avinu is the ultimate in middas ha’emes, and when Moshiach comes, the pure truth will be revealed. Gone will be the days of fake news and false propaganda. Edom and all the nations that follow in their selfish, deceitful ways that bring calamity to mankind will have to face the truth. Then it will be clear to all how all along the world depended on the deeds of Yaakov’s progeny and how Eisav’s descendants brought destruction.

In light of what the Vilna Gaon says that this parsha alludes to the End of Days, there are other intimations found here regarding those days. Eisav came towards Yaakov with such fury and venom, ready to destroy his entire camp. Yet, when he finally came up close to Yaakov, the posuk says, “And Eisav ran toward him, embraced him, fell upon his neck and kissed him. Then they went” (Bereishis 33:4). What happened to Eisav all of a sudden? How was he transformed from a raging violent man seeking revenge into a meek person seeking his brother’s love? This, too, is a portent of the future, when Edom will be face-to-face with the truth. Then it will be clear to all how weak and powerless Eisav’s progeny are.

The Medrash tells us that Eisav led a most immoral life, and his lifestyle was followed by his descendants. Klal Yisroel in Golus Edom says to Hakadosh Boruch Hu, “Is it not enough that we are exiled amongst the seventy nations that we had also had to be placed under the rule of Edom who leads such a degenerate lifestyle?” To this Hakadosh Boruch Hu answers that when He will appear to us at the time of redemption, Edom will be as weak as a woman (Bereishis Rabbah 63:10). What is the middah keneged middah here?

“Who is strong? He who subdues his yeitzer hara” (Avos 4:1). Those who live their lives displaying true strength by constantly battling their evil inclination will, in the future, be imbued with a spirit of gevurah from Hashem. Talmidei chachomim, while they appear frail and weak, will eventually possess great strength. Conversely, those who yielded to the yeitzer hara and did not put up a fight will eventually lose their strength and be very weak. This will be evident to all when Moshiach comes and the emes will no longer be hidden. Whereas Yaakov possessed a spirit of heavenly gevurah, Eisav was a spiritual weakling and his physical strength abandoned him as well as he approached Yaakov.

Can anyone deny that in our times the superpowers of the world, with all of their vast arsenals and advanced military capabilities, are helpless to squelch rampant terrorism and despotic governments that foment this violence throughout the world? It is because we are getting closer to the revelation of the ultimate truth when the corrupt nations will appear weak and helpless.

“And he (Eisav) raised his eyes and saw the women and children, and he asked, ‘Who are these to you?’ And he answered, ‘The children whom Elokim has graciously given to your servant’” (Bereishis 33:5). The meforshim discuss what Eisav’s question was. Wasn’t it obvious that these were Yaakov’s children?

The Chofetz Chaim explains: Eisav was astounded to see the manner in which Yaakov’s children, the Shivtei Koh, stood before their father with fear and trepidation. There was also a look of refinement and royalty on their faces. It was plain to see that they were well bred and that they would carry on the legacy of their holy father. To this, Eisav asked, “How is it that they are so like you? How did you manage to raise them in such a manner?”

Yaakov’s simple answer was, “Because I looked at my children as a present from Hashem.” For those who live a life of self-indulgence and satiating their desires, children are a distraction, a mere accident of nature. But for those who look at this world as a place to serve Hashem and to sanctify His name, having children is a great opportunity for mitzvos, for chinuch to perpetuate the ways of Hashem for posterity.

Yaakov’s answer, “Hayelodim asher chonan Elokim es avdecha,” has another message. The Chofetz Chaim points out that the word chonan is an acronym for challah, niddah and ner, three mitzvos designated for women. By keeping them, they merit children who follow in the way of our ancestors. These mitzvos are also representative of an elevated lifestyle. Challah represents our ability to bring kedusha into the world through our deeds just as we consecrate challah by separating it. Niddah represents our realization that we must separate ourselves from impurities. And ner represents the light of Torah that illuminates the way for us.

Eisav must have been very disappointed by this encounter. He anticipated that throughout all of the years away from Eretz Yisroel under the influence of Lavan, Yaakov would surely compromise his level of kedusha. Certainly his children, the next generation, would stray from his path. He was hoping that because of this, he would be able to overpower Yaakov and his family. Much to his chagrin, it wasn’t so. Yaakov was as strong as ever in his convictions, and his children were following in his footsteps.

Perhaps he thought about the differences between his own children and Yaakov’s. For just that short period of time facing the truth, he thought to himself that he, too, could have had such remarkably exalted children. He now looked back at the years he spent gratifying his desires. If only he could have led a more spiritual life. If only he would have spent time with his children teaching them the ways of Hashem that he learned from his parents. If only…

Thousands of years later, despite the many exiles that we have been through, the many Lavans we have faced, and the countless people who have tried derailing us from our path, we are still following in the footsteps of the avos hakodoshim. While the secular world is preoccupied with every indulgence imaginable, we, who lead our lives beruach Yisroel sabba, work hard on inculcating the next generation with kedusha. Fathers and mothers constantly have on their lips tefillos for their children’s success in ruchniyus. The secular world spends billions of dollars on education with little to show for it. Meanwhile, our mosdos, with minimal support from the government, are producing children with the tzurah of their parents and grandparents all the way back to the avos hakedoshim.

The world is too busily involved with their trivialities to notice and to see our model communities. They fail to see how beautiful our chinuch is, the lack of crime in our neighborhoods, the chesed, the dignity, the beauty of tzniyus, and a humble lifestyle. But the simanim are already in the air. When that great day of confrontation comes, when Hashem reveals Himself to us and they will have to face the ultimate truth, they, too, will ask the same question: “Who are these to you? How did you manage in such times filled with depravation to have your children follow in your ways?” They, too, will look back at their lifestyle of self-gratification. They will all be forced to acknowledge their mistakes and how beautiful our way of life is.