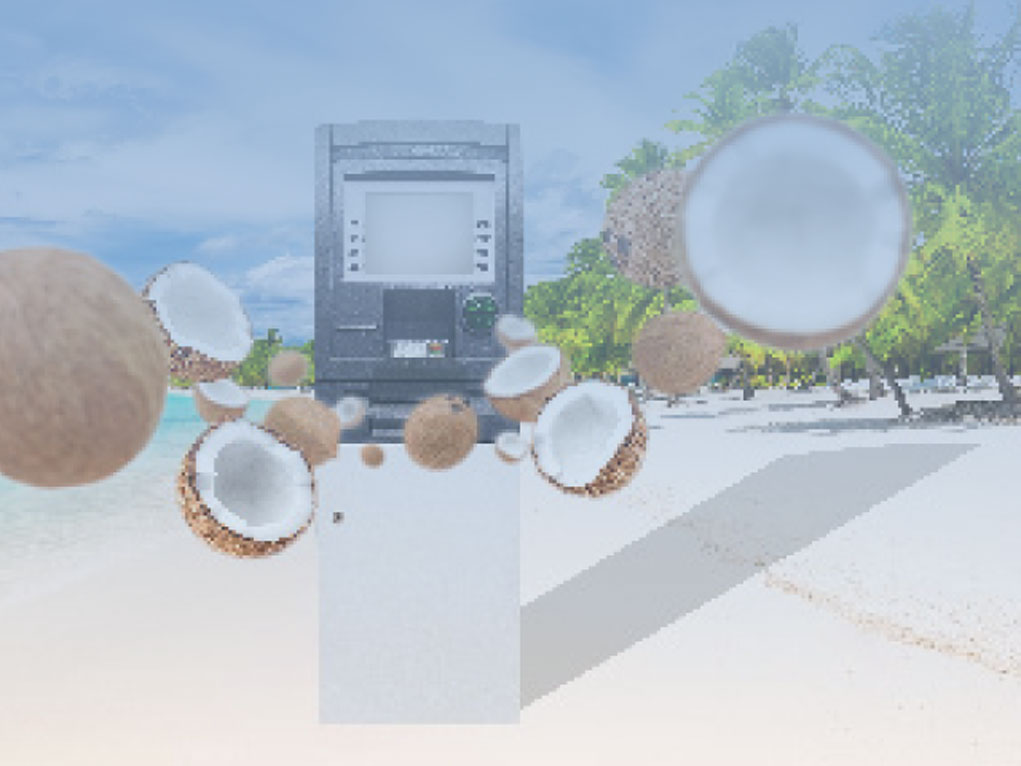 Back when I was just starting out as a writer, I wrote a short story for kids, entitled “The Coconut Conspiracy.” The plot revolves around Simon, a miserly rich man who takes a trip on his yacht with only his trusted valet for company. Blown off course, they wash up on the shores of a remote island where, to his chagrin, Simon finds that his money is useless. The natives have never seen printed currency before. When they want to trade, they use a scrip that is easy and close at hand: namely, coconuts.

Without a stash of coconuts to his name, rich Simon is now poor Simon. The experience teaches him a valuable lesson in how it feels to be needy, so that he returns home at the end of the story with his miserliness a thing of the past.

It seems to me that we all encounter such “coconuts bank accounts” now and then. I’m talking about the times we meet up with a social currency that doesn’t jive with our own. Let me give you an example.

Suppose someone is living a simple and spiritually oriented life in Yerushalayim. One day, she travels to New York, where the standard of living, as well as the amount of attention given to the material side of life, is far higher than what she’s used to. She goes shopping and brings home, say, a new pocketbook, a clutch that she can take to weddings. Showing it to her sister, she asks, “Is this the right style?” Her sister purses her lips and shakes her head. “It’s almost right… but it doesn’t quite do it.”

Our visitor from the Holy Land might feel deflated by this feedback. She might feel that she’s out of touch with current fashion trends, and she’d be right. She could take it a step further and decide that she has no taste at all, that she never has, and never will. In fact, she could use the occasion as a reason to beat herself up as inferior to her New York sister altogether!

But that wouldn’t be true. The incident only highlighted the fact that her own social “wallet” is missing the kind of currency that her sister’s happens to bulge with. Coming from a different society, with different mores and a lifestyle that does not embrace the nuances of the ever-changing world of fashion, she is indeed “poor” from a New York shopper’s perspective. While this may crimp her style in the mall, it has nothing to do with her value as a human being.

Suppose you were invited to a party where everyone knows everyone, and you are the outsider. Or you rent a bungalow for the first time in a colony where most of the other ladies are old-timers. Listening to them sit around in a circle, talking and laughing with the ease of long familiarity, you could find yourself feeling insecure. Boring. A wallflower.

In reality, however, you may be quite the conversationalist when speaking with someone you know. Or perhaps you simply don’t shine in groups, preferring one-on-one talks on a less superficial level. There’s nothing wrong with that group of old friends, and there’s nothing wrong with you. You just feel that way because your “wallet” does not carry the kind of denominations that the group recognizes.

I’ve met so many people who are down on themselves for lacking some quality that others have. This can be anything from domestic creativity to an ability to crack great jokes. From investment savvy to shopping chic. From a good head for Gemara to patience with children. The list is endless, and so are the ways in which we can denigrate ourselves over the qualities that we lack.

This is a real pity. While the lack may be real, it does not define a person. There may be a host of other, very positive qualities that he or she does possess. There may be many credits to his or her name… Qualities and credits which they brush aside as irrelevant, because they’re so busy focusing on the ones they’re missing.

And that’s where the problem comes in: when we put too great a focus on what we are not good at, while dismissing all the many and marvelous ways in which we shine. This seems to be a universal trait, perhaps because of the simple fact that what we’re good at comes easily to us. The things we’re not good at pose a challenge, and it’s the challenges that garner our attention. Especially if we fail in them more than we succeed.

Imagine if Simon, on that remote island, had beat himself up for not being flush with coconuts. If instead of remembering that he is a successful businessman who’s accrued great wealth in his own domain and in his own currency, he feels worthless because he happens to be poverty-stricken in the local one.

We tend to do that at times, too: rate ourselves far lower than we deserve because we do not possess a certain social or emotional or practical quality that we wish we had. This could lead to our working hard on things that we have no business even bothering about. Concentrating on areas where, given our particular skill set, we are pretty likely to fail or, at the very least, produce results that are distinctly underwhelming. Even if we manage to succeed, it can be at too high a cost in terms of our other responsibilities, creating a level of tension in our lives that is both unacceptable and unnecessary.

Since feeling inferior can lead to sadness and a sense of unworthiness, we can be pretty sure that it’s a favorite tool of the yetzer hara.

Of course, it’s nice to aspire to things. It’s good to work on areas where we are weak. We ought to learn from another’s good points and try to emulate them in our own lives. But allowing ourselves to feel second-rate because our set of strengths does not match up with someone else’s is not only absurd, it’s also counterproductive. We’d be much better off putting our energies into the things we can do than wishing wistfully for the things we can’t.

In every society, there is an invisible social currency that people use. When searching for a friend, and certainly for a marriage partner, we tend to seek out people whose currency is a match for our own. That doesn’t mean that the two of you have to be exactly alike. What it does mean is that the things that are meaningful and important and valuable to you carry much the same weight with the other person.

Insecurity over real or imagined lacks plagues many individuals, especially when they are young and untested. With maturity comes a greater degree of self-acceptance. In order to be liked by others, you have to first like yourself. And that means patting yourself on the back for the qualities you possess and the things that you’ve accomplished. Even if they only look like mere “coconuts” to some other people.

If your qualities and accomplishments don’t make you feel rich, perhaps you need to look for another island where what you have is exactly what the people around you appreciate!