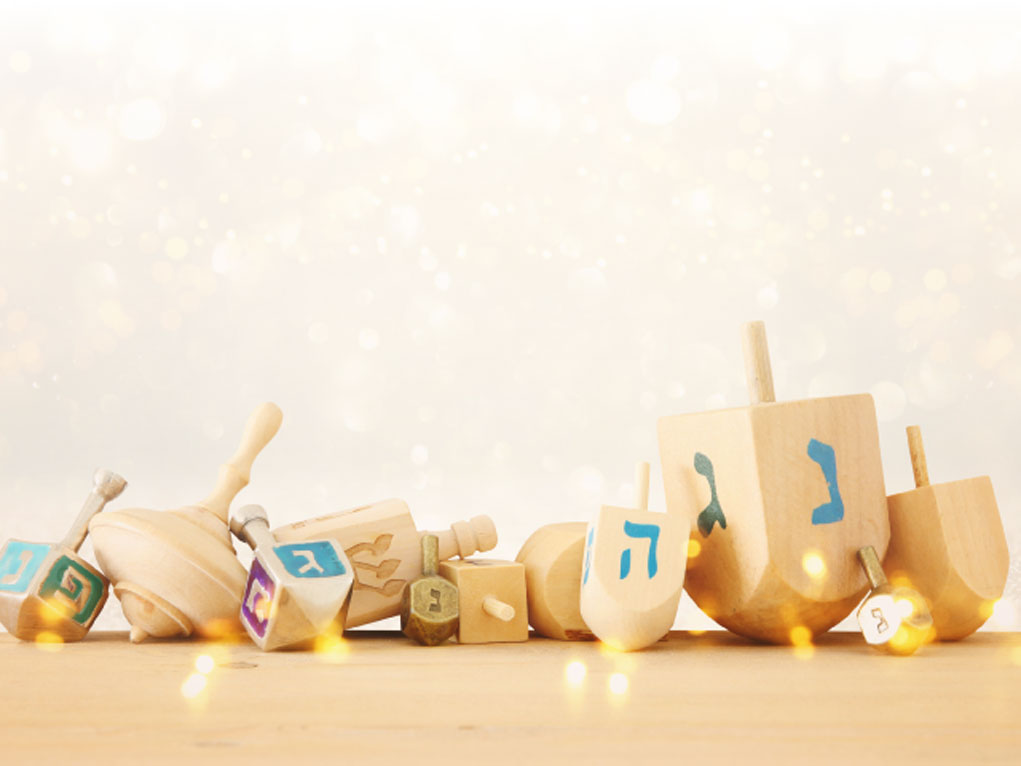 Of all our enemies, Yovon is the most paradoxical. Although their aim was to destroy our connection to Torah and mitzvos, if the Torah was to be translated, it should be into Greek (Megillah 8b). It also seems manifest that the Greek culture held a dangerous attraction for Am Yisroel. Surely we knew that their motives were nefarious and their actions those of an implacable foe. Yet, as the Gemara (end of Sukkah) describes, Miriam the daughter of Bilgah, a member of the family of Chashmonaim, not only married a Greek officer, but converted to the most completely polytheistic religion on earth. She and the other Hellenized Jews of that era seemed to be attracted to something, but it is not immediately clear what it was. Although it may be logical to opine that a nation of intellectuals such as Am Yisroel would be vulnerable to the wiles of the nation that produced Socrates, Plato and Aristotle, there is no record of this affinity between Am Yisroel and the Greek philosophers.

The answer to these questions may be found in the somewhat strange saga of a certain middah. We speak of the trait of azus, loosely translated as impudence or boldness. Again, a paradox appears upon our screen. Our sages (Pirkei Avos 5:20) teach us that one of the traits we should learn and emulate from the animal world is to be az kanomer, bold as a leopard. Yet, in other places we discover that the Greek empire is identified as a leopard (Doniel 7:6), indicating that the middah we are to emulate is in fact already associated with one of our worst enemies. This appears even stranger when we realize that Am Yisroel itself is hailed as having received the Torah because we are “a nation of azus” (Beitzah 25b).

These paradoxes pursue us even into the very beginning of the Shulchan Aruch itself, where we struggle with the question of even activating the middah of azus at all. The opening statement of the Rama in his commentary to Orach Chaim is that “one should not be embarrassed by those who make fun of those who are serving Hashem.” The Mishnah Berurah (1:5), however, warns that “nevertheless, one should not get into arguments with these people, since the middah of azus is extremely odious. One should therefore not utilize it at all in serving Hashem because one might come to acquire this trait in his soul even when it is not being used for avodas Hashem.”

We see that the concern for avoiding azus is so strong that the Chofetz Chaim felt it necessary to qualify a statement by the Rama quite literally at the very beginning of our day so that we would not accidentally fall into the trap of azus. Yet, we know that the leopard is to be emulated when possible and we merited receiving the Torah because we are, in fact, a nation that is bold indeed. How do we resolve these apparently irreconcilable approaches to the apparent chameleon known as azus?

The Maharal (Sefer Ner Mitzvah, Hartman ed., pages 32-33) notes that the Yevonim wished to have the Torah translated into Greek (Megillah 9a) although “they have no share in the Torah. This was because they have a greater affinity for wisdom than any of the other nations…This comes from the fact that [Chazal teach] that the Torah (Bereishis 9:27) reveals that ‘May G-d extend Yefes, but he will dwell in the tents of Sheim.’ This means that Yefes’ power of language will be more beautiful than all the other descendants of Yefes.” The Maharal goes on to explain that “the third empire will be identified as a leopard with four wings (Doniel 7:6), because chochmah is limitless and spreads everywhere.” At this point, the Maharal references the Medrash (Bereishis Rabbah 2:4) that the Greeks decreed that each Jew must write on the horn of an ox that we have no share in the G-d of Israel. The Maharal’s opinion is that this was to engrave upon the minds and hearts of Klal Yisroel that since we made the Eigel, we are no better than them. They worship idols and, according to Yovon, so do we.

My rebbi, Rav Yitzchok Hutner zt”l (Pachad Yitzchok, Chanukah, Maamar 4), explains these cryptic words of the Maharal as teaching that Yovon’s entire connection to the perennial search for G-d is its obsession with nature and the natural laws of science, as revealed in the Asarah Maamaros, the Ten Statements with which the world was created. However, Klal Yisroel finds its primary and collective fulfillment in the Aseres Hadibros, the Ten Commandments of the Torah. In a profound maamar plumbing of the differences between Am Yisroel and Yovon, he notes that the danger zone from Yovon is indeed the superficial similarities between them. However, the chasm becomes all the greater when we realize that they are limited to the physical world with all its boundaries, while we are free to soar to the heights of holiness and purity through our adherence to the Torah.

We can now understand that just as Eisov is dangerous to us because he is the twin with whom we shared the same womb, so too, Yovon presents the danger of seeming similarity. Yet, their azus is not our azus. The Rambam (Hilchos Melochim 8:11) rules that even the nations of the world must follow their seven laws only because they are G-d-given, not because they are logical. Otherwise, even they cannot be called righteous gentiles. Thus, the Greeks, who are obsessed with their science and nature, are always impudent and limited by their human knowledge. We, however, are always subjugated to our Creator, who gives us laws that we comprehend and some that are beyond us. Yet, we use our azus to transcend human limitations and shine for eight days when only one follows the laws of nature. Our few soldiers triumph over the vastly larger numbers of Yevonim because our azus allows us to ignore the laws of nature, since we believe and adhere to a higher Law.

Miriam Bas Bilgah succumbs to the lure of Yovon because she cannot comprehend by the laws of nature what the mizbeiach, the holy altar, does for the nation. Socrates, Plato and Aristotle, as smart as they may be, are severely truncated in their knowledge, because it is circumscribed by what can be physically seen and heard. Yet, they end up seeing and hearing nothing of the actual secrets Hashem embedded into the universe. Thus, our few triumph over their many precisely because we are also righteous and they cling to their spiritually sightless eyes and deaf ears.

Ironically, although the Greek language is more worthy than others of a Torah translation, in the end it brings only darkness because the temporal cannot hold the eternal. Chanukah is represented by the number 8, as the Maharal famously teaches, precisely because it exists on a plain where science and nature cannot enter. We have seen in our days that the so-called scientists and experts have been founds empty. Let us sit and absorb the holy rays of the menorah as they call to our souls to use our precious azus for Torah courage and limitless wisdom.