The All-Encompassing Power of Torah 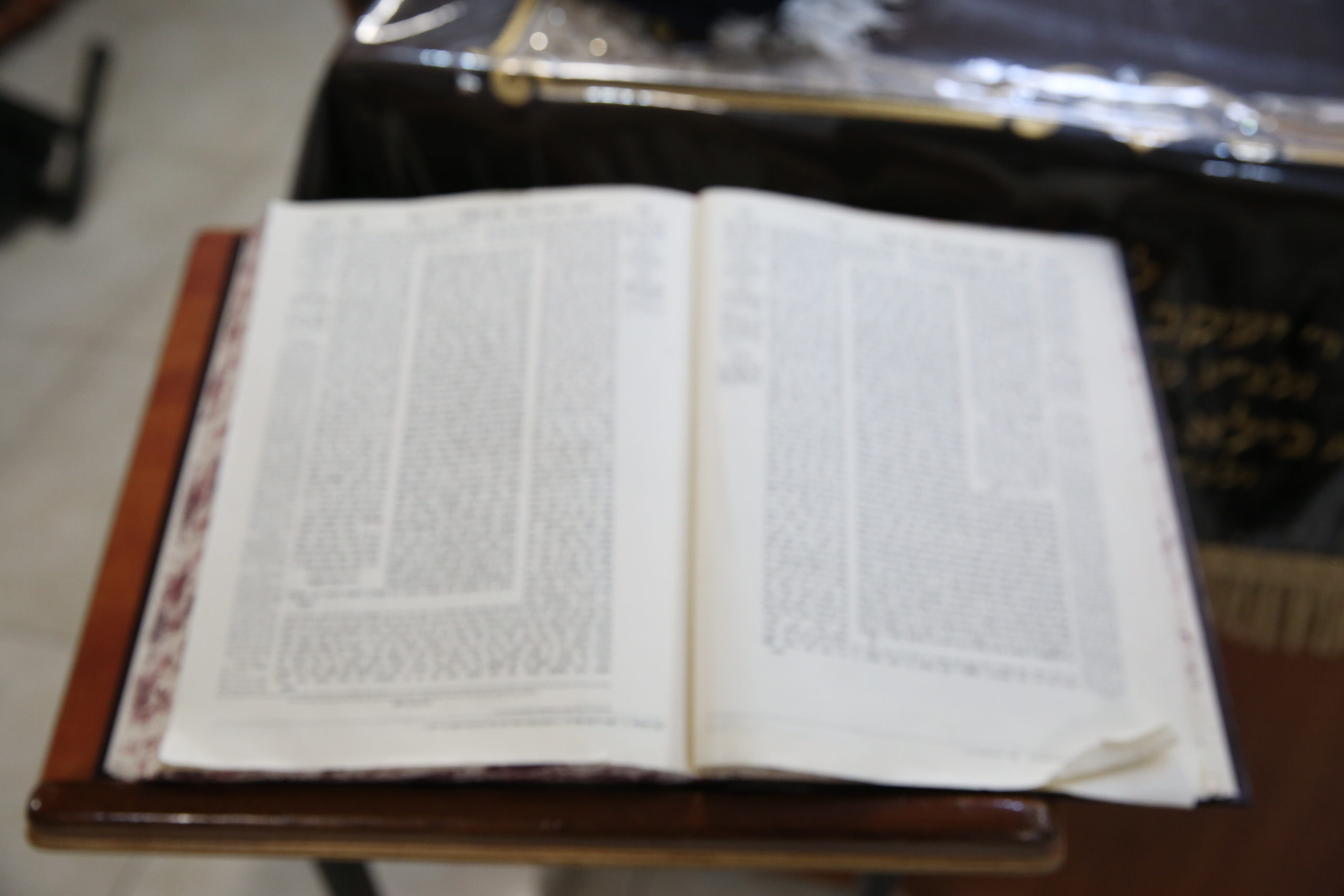 We all know that there is nothing more important than learning Torah. We have heard many times that it is the purpose of our existence and the fulfillment of our souls. Yet, surprisingly, when there is another mitzvah to be performed, we seem to push Torah aside (see Menachos 99b and Rashi). One would think that we would treat talmud Torah with at least as much deference as other mitzvos, where the rule is that if one is involved in one mitzvah, he needn’t interrupt to perform another (osek b’mitzvah potur min hamitzvah). Why this discrepancy and what seems to be somewhat of a diminution of the primacy of Torah study?

My rebbi, Rav Yitzchok Hutner (Pachad Yitzchok, Shavuos, Maamar 13), explains that this halacha goes to the heart of what learning Torah is all about. He cites a Gemara (Sotah 21a) that teaches that a woman, even one such as a sotah who may have committed a heinous sin, is protected by the zechus of helping her husband and sons to be able to learn Torah. This merit consists of her – to modernize the metaphor – ferrying her children to yeshiva and waiting for her husband with a nice hot meal until he comes home from the bais medrash. The Gemara there makes clear that although the merit of mitzvos does generally not offer so much safety long after the mitzvah has been completed, Torah is different. We see from here, concludes Rav Hutner, that even ancillary activities that relate to Torah are considered as effective as Torah itself, which offers salvation long after the Gemara has been closed.

Rav Hutner utilizes this concept to explain another halacha regarding Torah. The Birchos HaTorah we make in the morning are efficacious all day (Brachos 11b). Tosafos there asks why the mitzvah of learning Torah is different than, for instance, sukkah, when we make a brocha each time during the same day that we perform the mitzvah. Tosafos answers that since there is a mitzvah to learn Torah all day (Yehoshua 1:8), a person doesn’t ever relinquish the hope that he will return that very day to his temporarily interrupted learning. However, Rabbeinu Yonah (to Brachos) objects that we are obligated to wear tefillin all day as well, yet we certainly make another brocha if we remove the tefillin and put them back on the same day.

Rav Hutner’s answer is deceptively simple. He proves from many sources that learning Torah implies, by definition, that one will actually fulfill its teachings. This is inherent in the edict of lishmor velaasos (to guard and perform) all that the Torah says. Therefore, there is a major distinction between one who helps someone do a particular mitzvah and one who enables someone to learn Torah. If someone helps a person honor his father, he is performing a chesed but will not necessarily gain long life, as will the son or daughter who is doing the mitzvah itself. However, since learning Torah implies actually doing the deed being studied, someone who is an accessory or helper enjoys the same kind of reward as the one who is studying. Thus, the sotah is protected by her wifely and motherly duties enabling her husband and sons to learn Torah, far beyond the usual shelf-life of a mitzvah, which is protective only for the time it is actually being performed.

A dramatic practical example of this process may be seen in the following anecdote and teaching from Rav Yosef Shalom Elyashiv. Rav Yitzchok Dreizi, author of Shvus Yitzchok, once asked Rav Elyashiv, “How much time is considered bittul Torah (wasting time from Torah study)?” Rav Elyashiv did not immediately answer, although the question was resubmitted. A while later, there was a governmental crisis regarding various decrees and impediments the state was legislating against Torah study.

Rav Dreizi, who was beside himself with dread, asked Rav Elyashiv, “Mah yihiyeh? What will be?”

“It is the amount of time you took to ask, ‘Mah yihiyeh.’”

Rav Elyashiv’s son-in-law, Rav Yitzchok Zilberstein, explained the answer with a reference to the famous sefer of his brother-in-law, Rav Chaim Kanievsky, Orchos Yosher. There he quotes from the Vilna Gaon that one of the 48 methods of acquiring Torah is “a minimum of speaking.” The Gaon explains that it doesn’t say “no speaking,” because sometimes one must interrupt his learning because he simply can no longer concentrate. Then, some speech and conversation are necessary to settle his mind. But otherwise, no conversation should ever disrupt Torah study.

“Thus,” concluded Rav Zilberstein, “asking ‘What will be?’ when one has no control over the situation is bittul Torah, even if it is only two words. On the other hand, if conversation is important to help or restore concentration, it is permissible to speak even much more” (Borchi Nafshi 5:68).

This exchange is reminiscent of another one involving Rav Elyashiv and another major posek. Rav Zilberstein recalls (ibid, page 452) that in over half a century of attending to his father-in-law, Rav Elyashiv, the posek hador always had an immediate answer, replete with esoteric sources, to every query. There was only one time when he apparently had no response. The leaders of the Kamenitz Yeshiva came to him after Simchas Torah, asking whether or not they could give a day off from learning. This bais medrash was virtually never closed, with no vacation or “down time.” The bochurim had been dancing all night with the Torah, had worked hard in the hot sun taking down the yeshiva’s sukkah, and could use a break. Rav Elyashiv concentrated on the question, but confessed to being at a loss. When asked to whom they could turn, he suggested his revered mechutan, Rav Shlomo Zalman Auerbach. When approached, Rav Shlomo Zalman also could not answer. We may derive a sense of the severity with which these giants of Torah viewed a day of bittul Torah. Yet, when it comes time to close the Gemara to fulfill its contents, all agree that this is the quintessential ideal of Torah: learn and then do.

Rav Hutner uses this unique aspect of Torah study to explain many halachic and hashkafah elements. However, we can now apply this to our Shavuos preparations as well. Far from simply an intellectual exercise, Torah study must always be related to a way of life. Many gedolim sought to apply something they were learning in a practical way as soon as they stood up from their study. Moshe Rabbeinu, when he went up to receive the Torah (Shabbos 88), also had to prove that his people were more worthy than the angels. His method was to demonstrate that we, not the malachim, will put the Torah into practice. Therefore, although we will be rewarded for our hasmadah and are constantly enthralled by every word and letter we learn, we nevertheless get up to go to a wedding or, G-d-forbid, a levayah or shivah. The greatness of the Torah is her ability to go with us wherever needed and to shed light on the most modern and contemporary of problems and issues. It is a living, breathing and pragmatic way of life, and so has survived for over three thousand years of changing cultures, locations and views of morality and ethics.

This universal and eternal facet of the Torah may also be rooted in a fascinating detail of Mattan Torah. The Gemara (Shabbos 88b) describes the giving of each of the Ten Commandments as permeating the universe with a sweet aroma of perfume. However, the Gemara asks, if the entire world was actually filled with each one of the Dibros, how was there room for more perfume with each succeeding command? The Gemara answers that a miraculous wind swept away each previous dose of the cosmic aroma.

One must wonder: Why couldn’t Hashem have filled one-tenth of the world with perfume with each commandment so that there would initially be room for more?

My rebbi (see Pachad Yitzchok, Shavuos, Maamar 9) explains that each and every detail and teaching of the Torah is so all-encompassing that it does literally fill the universe and by extension the totality of our souls. Only after the celestial wind blows it away is there room for more. That is the power and very essence of the Torah. In one generation, it fights the philosophies of Aristotle, and later it counteracts the Haskalah. In our generation, it battles the internet and provides a new beauty and depth for those who study Daf Yomi and immerse themselves in the profundities of Kodshim and Taharos. But it is always with us down here on earth, guiding, caressing and bringing us ever closer to those magical mystical moments at Sinai we will soon be reliving.

A gutten Kabbolas HaTorah to all.