The Abuse Problem We Can Easily Solve, An Interview with Rabbi Shammai Blobstein 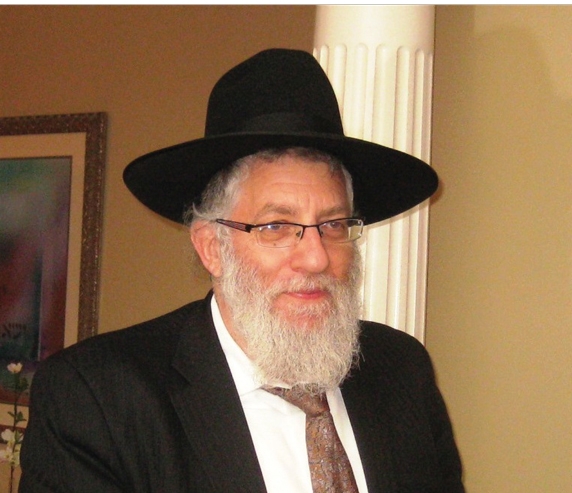 Rabbi Shammai Blobstein is a legend. He has been a rebbi to thousands of bochurim over the course of his chinuch career. A straight talking rosh yeshiva, he tells it like it is, both to his talmidim and to the Yated. Talmidim find his deeply caring nature and down-to-earth attitude a combination to which they can relate. Rabbi Blobstein has transformed countless talmidim at Yeshiva Tiferes Bochurim. Yeshiva Tiferes Bochurim has had unusual success in bringing out the latent potential in each talmid. Rabbi Blobstein and his talented staff offer individualized attention to each talmid, and have succeeded in producing exemplary Yidden, tributes to their families and communities.

Nevertheless, Rabbi Blobstein does not shy away from pulling the red lever when there is something transpiring in the world of chinuch that requires collective response from the greater community. One of the issues that is dear to his heart and that he feels must be given an open, public hearing is what he calls “kriah abuse.”

Rabbi Blobstein, what is this concept of kriah abuse?

Before I answer, I would like to backpedal a bit. I want to make one thing clear. The issue that I am about to talk about is not one that is at all unique to Yeshiva Tiferes Bochurim. I am constantly being asked for advice by parents of children in all types of yeshivos, from “Ivy League” large yeshivos to more mainstream yeshivos. I see this issue repeatedly. That is what compelled me to talk about this in a distinguished, public venue such as the Yated. The point is that there are many wonderful, sweet, bright, socially adept children who have learning disabilities that are not being dealt with in the proper fashion. We have to do something about it!

What do you mean?

Let me start with a story. Recently, I sat down to learn with my chavrusah, an 18-year-old fine boy named Reuven. Previously, Reuven had learned in an excellent cheder in a large yeshiva community followed by an exemplary mesivta. Being very direct, I said to Reuven, “Reuven! Can you look inside when I learn with you?!” Suddenly, I notice a cloud of anger descend onto Reuven’s face. He resembled a volcano about to explode! In a voice full of suppressed pain even greater than his anger, Reuven blurted out, “Rebbi! Don’t you understand? I can’t read! There is no point in my looking inside!”

“When I heard that,” Rabbi Blobstein continued, “I literally wanted to cry!”

Why? Because this was so avoidable! It did not have to be this way! Reuven did not have to suffer until he was 18 with an inability to read. You have to understand something. Reuven is a completely normal boy. He is bright and geshmak. He is ehrlich. But having a reading disability has rendered him beyond frustrated.

Have you ever approached a color blind person and said, “Hey, pass me that red thing?” He doesn’t know what you are talking about because he doesn’t see the color. Meanwhile, you think he is crazy, that he is ignoring you or that he is simply too lazy to use his eyes and look around. You scream out, “Give me that red thing!”

But he still has no idea what you are talking about. That is the way a boy who can’t read feels. His entire life, he has been compensating for his disability, becoming frustrated and angry. We as a society, even his parents and rabbeim, are saying, “Can’t you see words? You are just lazy! Why don’t you just read? If you don’t try harder you’ll never succeed!”

How prevalent is this problem of children and bochurim being unable to read?

Very, very prevalent. I would say that 15 to 20 percent of the bochurim who come to me have some degree of a kriah disability. I can’t describe how embarrassing and frustrating it is for them. There are guys who are married with kids who come from families of bnei Torah who dread making kiddush on Shabbos and yom tov because they stumble over the words. Do you know what it means to be embarrassed in front of your wife when she realizes that you can’t make kiddush, you can’t read, and you can’t learn alef beis with your son or daughter? It is heartbreaking!

Again, let me reiterate. I am not talking about children who attended public school until they were teens and became ba’alei teshuvah. I am talking about kids who grew up in frum Jewish families, kids from Lakewood, Brooklyn, Monsey, etc.

Can we return to the first question, which you still didn’t answer: what is kriah abuse?

What I mean by that term is that at this point in time, we, on the communal and personal levels, do not view this problem as an absolute top priority. We have hundreds of children and teens suffering from a deficiency in kriah skills, a deficiency that not only handicaps the children academically but also frustrates them to no end. This of course adversely affects their Yiddisheit and shmiras hamitzvos. How much abuse can a child or bochur take? How long can he take his parents, rabbeim, peers and society telling him he is lazy when he simply cannot do it unless he is given the proper tools?

What are the proper tools?

There has been tremendous progress in understanding learning and reading disabilities. Plenty of professionals in our communities can help children read, give them a new lease on life, and release them from their anguished existence and the resultant lack of simcha in their learning and their avodas Hashem.

Not treating this problem as a high priority is abuse! These boys are being abused by our neglecting to provide them with the expertise that can open up the world of kriah for them

In our yeshiva, we have a kriah specialist, Rabbi Yisroel Meir Shain, come to teach the boys who need it. They come out as new kids, literally a biryah chadoshah.

Yes, it is labor intensive and yes, it costs money, but the other option is catastrophe!

How can we collectively, as a community, address this scourge of kriah abuse?

If you permit, I would like to interject with something that I hope will not be misunderstood. In our communities, the various ways to confront other types of abuse of children and teens are very much in the headlines. Believe me, that is important! I have seen firsthand what that kind of abuse does to children. That cause has no problem attracting attention. People are ready to throw hundreds of thousands of dollars, if not millions of dollars, at it. They are willing to hire therapists and all kinds of intervention to address this. I am not disparaging this. It is important.

I am just saying that issues of kriah abuse affect a very, very large number of our children. It makes their lives miserable and it is much easier to solve than other types of abuse, but there is no communal initiative that I know of to try to save these children from a miserable life which will very likely be devoid of Yiddishkeit. Do you have any idea how many children I have seen who are 16, 18, even 20-years old, for whom no one has ever engaged a sustained kriah tutoring regiment? The parents can’t afford it and are often in denial while the child languishes in pain, suffering and depression.

How do you think the collective frum community can come up with an initiative to address kriah abuse?

Today, there are organizations that help address victims of abuse. They set up a board of experts in these issues. When a child or teen complains that he has been abused, they listen to his complaint and direct him to therapists who can help him. The therapists are paid from the funds raised for them.

I really think that we need a kriah va’ad. When a menahel or rosh yeshiva sees a child who is obviously struggling with kriah, he should be able to send the child to that va’ad and they will decide if there is a necessity for kriah experts to provide regular sessions for him.

Also, I want to reiterate that this has nothing to do with Blobstein’s yeshiva! This terrible problem exists everywhere and we need a community solution to solve it. Granted, this is not as attractive a cause as other issues of abuse. It is not a boutique cause that people love to throw money at, but in truth, it addresses a far larger percentage of the population and will serve a tremendous role in not only keeping youth on the derech, but even more important, in ensuring that they do not continue to live a life mired in misery and never ending frustration.

When one of the kids recently said, “zochreinu l’chaim” on Rosh Hashanah, chaim for him meant learning how to read the siddur and the words in the Gemara! Without that capability, life is not life!

It is time to tackle this issue head on as a community, collectively coming up with resources to design a framework where every talmid or talmidah who needs a kriah expert to teach them how to read will be able to access one. We cannot tolerate a yungerman who is scared to say kiddush in front of his wife. Only when we do this will we be able to say, “Yodeinu lo shofchu es hadom hazeh.”