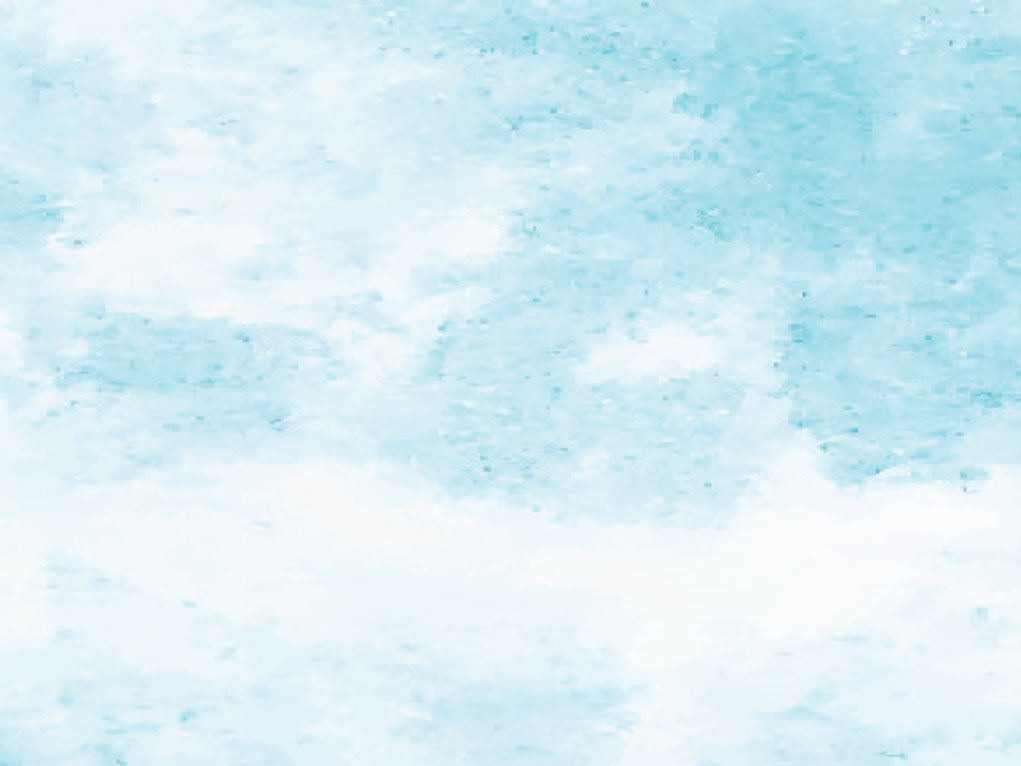 I had the privilege to mention recently in these pages that summer is a wonderful time to feel and express our gratitude to Hashem. The idea was that when the world is at its most beautiful and we are enjoying His kindness, it is a propitious moment for personal hoda’ah. One of our loyal readers asked to me to elaborate in a more practical way, so I hasten to serve, but there is proviso. I am not quite sure that this is exactly what my friend or anyone else had in mind.

In my shul, between Mincha and, Maariv we have been learning the Sefer Orchos Tzaddikim, which is divided into 28 “Gates.” The 19th is the Shaar Hazechirah, Gate of Remembrance. Many of our siddurim encourage us to recite the Eight Zechiros, things that we should remember every single day. The Maharal’s siddur lists ten and the Orchos Tzaddikim enumerates 30. Of these, he codifies the second as remembering Hashem’s “loving-kindness as demonstrated by his being healthy in all of his limbs. If one of them became diseased and a doctor healed it, how beholden and grateful would he be to that doctor. How much more so should he be grateful to the Blessed Hashem for having made him whole and healthy in all of his limbs.”

Although he doesn’t mention this Orchos Tzaddikim, I believe that this ideal is best exemplified by a story related by Rav Yitzchok Zilberstein. He tells of visiting someone in the hospital, but being stopped in alarm before even leaving the lobby. He noticed that a healthy 40-year-old rosh kollel in his Ramat Elchonon neighborhood was standing with pen and paper at the list of physicians and their specialties, copiously writing down each practice. “Reb Yosef,” the famed posek called out worriedly, “are you alright?”

Caught off guard, the maggid shiur responded with a smile. “Boruch Hashem, rebbe. Why do you ask?”

“I was afraid that you required the services of many doctors, chas veshalom,” Rav Zilberstein answered, still unsure whether he should be concerned.

Then came the lesson, which I believe is rooted in the Orchos Tzaddikim’s ancient wisdom.

Laughing, the rosh kollel explained, “Rebbe, you are a well known as an expert in both halacha and the intricacies of modern medicine. I, however, am just a simple ben Torah. I learn a bit, but know very little about medicine, anatomy or physiology. However, since I am thank G-d healthy, I want to thank Hashem for everything in my body that is working that could have gone wrong. Why should I wait until something chas veshalom goes wrong and requires repair to thank Hashem? Isn’t it better that every organ is functioning as it was created? I wrote down that there are cardiologists so that I can thank Hashem that my heart is constantly pumping. I am grateful that there are nephrologists so that I can remember that my kidneys are cleansing my body efficiently. The pulmonologists alert me to the fact that my lungs are allowing me to breathe the beautiful air that Hashem is providing us. And so on.”

What a beautiful way to think, live, be joyous every day and live with constant gratitude. This epiphany inspired me to look through some more of Rav Zilberstein’s prolific writings. There I discovered a gold mine of further insights into how to actualize what should indeed be our unceasing appreciation for all that Hashem does for us.

I would like to begin with a thought that has been troubling me recently. Many pundits and experts have noted that the tragedies that have been occupying the news of late have been promulgated primarily by people with acute mental illnesses. In other words, the seemingly random shootings, killings of children in their schools and innocent people going about their daily lives have not been perpetrated by the kinds of villains we used to instantly loathe and wish to eliminate. These are generally people from whom society should be protected. However, the context is rarely retribution and punishment as much as medical intervention and healing.

Why are we suffering so much from this particular epidemic, which may be ultimately worse than any Covid or physical pandemic?

While there is no simple answer, the Torah teaches us that each of us retains certain powers to improve ourselves which in turn helps the world at large. Rav Zilberstein (Borchi Nafshi 2:190; 3:504) reminds us that every day in Shemoneh Esrei, we thank Hashem for the gift of daas, the most basic human trait of intelligence. He points out that while this, of course, refers to the esoteric ability to understand the profundities of the Torah, it also includes the most elemental gift of normalcy. Rav Zilberstein came to this conclusion from watching the actions of several irrational people, one on a bus and one in the park. Whereas most of us would simply shrug off the experience, a gadol and posek reacts by deciding that he would increase and enhance his gratitude to Hashem for the gift of sanity. Perhaps – and I add my own humble editorial – if we are not thankful enough for the gift of sanity, we are doomed to see more insanity in its most egregious forms. Of course, there may be countless more devastating sources for this dangerous phenomenon, but where we have the control and ability is our own adherence to a life and appreciation of the various forms of human intellectual ability such as daas, chochmah and limud haTorah.

On a less controversial level, Rav Zilberstein (ibid. 1:4) tells the story of a man who always walked around with an unopened bottle of mineral water. When the rov inquires, the water-man explains his profound purpose. Eretz Yisroel had gone though a terrifying period when all the water sources available through sinks and piping had become toxically contaminated. Suddenly, the only water that was potable and not dangerous was bottled mineral water, which of course became exorbitant and subject to exploitation. When the horrible period was over, the man decided to carry around a bottle of the mineral water as a reminder of how grateful we should all be to the Creator for providing the (almost) totally free beneficence of clean healthy water. We needn’t necessarily add physical objects to our already heavy loads, but we should certainly think more often about the gifts we have received from our Father in heaven.

Perhaps we don’t have to go to another extreme either, but it is worthwhile to hear what good people do to avoid forgetting about Hashem’s kindness. Rav Zilberstein (ibid. 2:213) was visiting a young talmid chochom when he noticed that the wall of his study was filled with postings about terror attacks. Thinking the worst, he inquired, but was told, “No, rebbe, all is well with my family and I, but I wanted to remember how often Hashem saves us without most of realizing it at the time.” Each one of the articles revealed a would-be attack or suicide bomber who ended up only blowing himself and his comrades in evil.

This interesting approach reminded me of the story with the Chasam Sofer. He was pondering the words of Hallel, “Praise Hashem all nations…for His kindness has overwhelmed us.” Why should all the nations, apparently including our mortal enemies, praise Hashem for rescuing us?

One day, the Chasam Sofer heard about a story that occurred in his beloved Pressburgh which gave him his answer. A blind man picked up his weekly disability allotment and followed his safe and regular path home. However, a band of evil merciless robbers had plotted robbing the poor man. They hollowed out a pit along his path, where he would fall, whereupon they would rob and murder him. Apparently, the Pressburgh police were an efficient bunch. They caught them in the act and paved over the hole even before the blind man arrived. They had their evidence and didn’t even require his testimony. Now, who should be amazed at their detective work? The blind man was clueless, but the robbers were surely impressed.

We, too, have virtually no idea how many times Hashem saves us from danger, since part of Hashem’s compassion is that He spares us from worrying too much as well. We should be thankful for that along with the salvation itself.

There is another halacha in both the laws of brachos and how to express gratitude. This is the rule of specificity. Just as if a guest mumbles “nice meal” and leaves, the compliment is not quite the ideal, the best brocha is the most specific. Although it would seem that praising Hashem for “having created everything” would seem to be the most comprehensive, thanking Hashem for bread, cake or even fruit is a greater blessing. The same with general gratitude.

Sarah Imeinu thanks Hashem for both “having borne a son in his old age” and also for the fact that “Sarah would nurse children.” Rashi mentions that Sarah was referring to the great miracle that she nursed many children, not just her son Yitzchok, but the Gemara (Avodah Zarah 10b) adds that those nursed by Sarah acquired a healthy dose of yiras Shomayim as well, a miracle to which she alluded in her statement of gratitude (ibid. 1:252). It would be both ungrateful and ungracious to leave out any element of a gift when expressing gratitude to Hashem, a lesson we can learn from the first of our holy mothers.

Yes, we must thank for Hashem for everything, but we must remember that every detail counts, for each is miraculous in and of itself. And we must even thank Hashem for nothing – meaning what didn’t happen. As a matter of fact, the events that didn’t happen may be the greatest miracles of all.