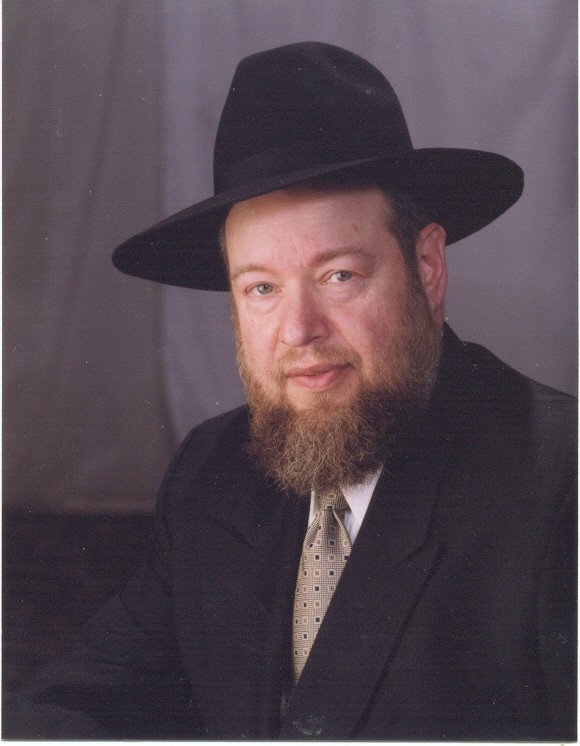 The thank you is not only from me personally, but also on behalf of all the tens of thousands of those who study Daf Yomi. But let's start from the beginning.

It was Elul 1923, three years after the Hapsburg Empire collapsed and was replaced by the first pre-Hitler Republic of Austria. In the State Opera House, located on the Ringstrasse in Vienna, the first Knessiah Gedolah of Agudas Yisroel World Organization was held. In this neo-Renaissance crushed stone building, Rav Meir Shapiro zt”l proclaimed the idea of uniting all of Klal Yisroel through the daily study of the same daf of Gemara every day.

Despite opposition, thanks to the support of the Chofetz Chaim, the resolution was ultimately accepted. Daf Yomi was well on its way. The date that the program was scheduled to start was Rosh Hashanah in 1923.

Like most resolutions made at conventions, the implementation has to be given over to people who specialize in logistics. If everyone is to learn the same daf, then a calendar must be set up according to one of the published sets of Shas. Things then were not like they are now. Now the use of the Vilna Shas, published by the widow Romm and her sons, has become nearly ubiquitous. Back then, however, different publishers had published the Shas in different sequences. The Slovita Shas was chosen by the organizers to be the Shas upon which to base the Daf Yomi calendar.

Now let’s introduce Uncle Herschel. Uncle Herschel is Rav Yosef Zvi Aaronson zt”l, the brother of my wife’s maternal grandmother. When I got engaged to my wife and informed my rebbi, Rav Yaakov Yitzchok Ruderman zt”l, of my wife’s yichus, he told me that my wife’s great-uncle was known as Reb Herschel’a Kovno. When Rav Ruderman first came to the yeshiva in Slabodka as a young boy, he remembered the tzeischem leshalom they made for Reb Herschel’a Kovno as he was immigrating to America.

In the early 1960s, Rav Aaronson was the rov of a small shul in East Flatbush. He was also the maggid shiur of one of the few Daf Yomi shiurim in America at that time. At this point in the Daf Yomi cycle, he had a major problem.

The language of the Yerushalmi is markedly different than that of Bavli. People who spent their whole lives learning Talmud Bavli had great difficulty acclimating to a different style and dialect of Aramaic. The problem was compounded by the fact that in the Slovita Shas, there were minimal commentaries placed on the daf. That was how they were able to fit the entire Maseches Shekolim on 14 dafim. The Vilna Shas, on the other hand, printed Shekolim on 21 dafim. For a Daf Yomi maggid shiur, however, it was a nightmare and almost an impossibility to teach a daf of Maseches Shekolim in the allotted time.

Rav Aaronson tried to address the problem. The first thing that he did was to compose a simple commentary to help those learning Shekolim, which he called “Shiklei Yosef.” By adding commentary to the daf, it also increased the number of dafim in Shekolim to the same 21 that appear in the Vilna Shas. He then began a lobbying campaign to change the calendar of the Daf Yomi so that Shekolim would be learned in 21 days instead of the near impossible 14 days.

No change in the Jewish community goes so easily. After all, we are not called an am keshei oref for nothing. A number of prominent rabbonim who were talmidim of Yeshiva Chachmei Lublin, the yeshiva of Rav Meir Shapiro, heard about the plan and were incensed. How can we change the calendar set up by Rav Meir Shapiro? They felt that those who had accepted to learn Daf Yomi had accepted the responsibility to learn Shas in a particular time. Extending that time would present a question of whether they were fulfilling their neder.

I joined the Agudas Yisroel of America staff in January of 1975. We held the siyum of the seventh cycle of Daf Yomi in Manhattan Center on June 15, 1975. I remember Rabbi Borchardt z”l frantically trying to get calendars prepared for the eighth cycle. He was in contact with Reb Fishel Gelernter z”l in Eretz Yisroel, who was assigned the task of preparing the calendar. It was almost a week before the siyum and the calendars couldn’t be printed, because we didn’t know whether the cycle would be 2,704 days or 2,711 days.

The final decision was left to the posek hador, Rav Moshe Feinstein zt”l. His decision was that there was no halachic problem of a neder and the calendar could be changed. The luach was printed just in time for the siyum.

This Shabbos, I and tens of thousands of others will be making a siyum on Maseches Shekolim in the thirteenth cycle of Daf Yomi. It is one of the most difficult masechtos for most participants because of the differences in language. For many, it was a struggle even to finish in 21 days. Imagine if they had to do it in 14 days.

And so we can all say together, “Thank you, Uncle Herschel!”

The author can be contacted at rabbisbloom@gmail.com.