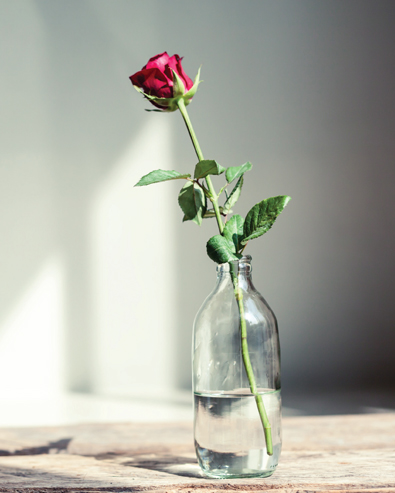 As we enter the second segment of the Omer, the period after Lag Ba’omer, some of the various minhagim allow us to breathe a bit easier. According to some interpretations, the talmidim of Rabi Akiva have now stopped dying and the great Tanna is beginning to rebuild Torah with his five new talmidim. Yet, as the Pri Chodosh  (493:2) points out, the tragic passing of 24,000 major tzaddikim was far from over or forgotten. Our muted joy after Lag Ba’omer is only that we are now assured that the Torah will not, G-d forbid, be forgotten or abandoned. However, as the Arizal ordained in his own minhagim, the mourning of Sefirah continues unabated until Shavuos.

It therefore behooves us during these latter days of Sefirah to take stock of ourselves and Klal Yisroel and, following Rabi Akiva, rebuild and revive what we can. The last few months have been, I believe, difficult ones for our nation. There have been unusual losses of young people in various ways. A chosson and kallah died together in a fiery crash. It is only barely their shloshim, but we have heard more and more about their personal tzidkus and middos, additional to the chosson’s profound commitment to his learning and incredible hasmadah. In Eretz Yisroel, ten families are mourning the sudden loss of their teenage children who were drowned in a flash flood and we wonder why Hashem would allow multiple situations where our enemies can cackle and snicker, “Where is your G-d?” (Tehillim 115:2).

One answer may be the larger era in which we find ourselves, known variously as ikvesa d’Meshicha or chevlei Moshiach. These terms define the difficult period immediately leading up to the geulah and coming of Moshiach Tzidkeinu. Although everyone awaits that salvation with all our soul and might, there were Amoraim in the Gemara (Sanhedrin 98b) who feared these days so much that they prayed not to be alive during that generation. As they declared, “I certainly want him to come, but I don’t want to be there.”

The Grodgisker Rebbe zt”l Hy”d was said to have offered chizuk to those about to die with him al kiddush Hashem: “Ulah and others who said, ‘Yeisei velo achmineh – Let him come, but I do not wish to see it,’ were able to speak of something in the far-off future, but we, who are living the chevlei Moshiach, should rejoice that he is on his way.”

We, too, are living through ikvesa d’Meshicha in different ways. With the publication of many seforim over the past seventy years since Churban Europa, we have begun to come to terms with our era and its tests and challenges. We can take advantage of some of this newfound knowledge using the insights of the gedolei hadoros not only to survive these trying times, but to actualize them to both bring Moshiach faster and to be prepared spiritually for the denouement of all history. The recent publication of Rav Yisroel Moshe Sorotzkin’s monumental four-volume work Keitz Hayomin is an opportunity to glean some of these approaches. To be sure, the main concern over this epoch is the ruthless and bloodthirsty attacks upon Klal Yisroel by the descendants of Yishmoel and Eisav (see Pirkei D’Rebbi Eliezer, end of chapter 30). However, it is clear (volume 1, pages 116 and 124) that there will be other heartrending events as well. One understanding (Chesed L’Avrohom 1:17) of this phenomenon is that Hashem will be purifying and preparing us for geulah. My rebbi, Rav Yitzchok Hutner zt”l, often hinted at this when he quoted to us the words of the novi Michah (7:15), “As in the days when you left the land of Egypt I will show it wonders.” Rav Hutner explained that the future geulah would include both terrifying suffering before and great miracles after its advent.

Is there anything we can do to avoid the worst of these pre-Moshiach calamities? The Gemara (Sanhedrin 98b) records that Rebbi Eliezer’s students asked him exactly this question. He answered that we should occupy ourselves with Torah study and gemillus chassodim. Rav Sorotzkin demonstrates (4:54-56) that the Torah study must be one of total immersion, with great self-sacrifice. It cannot be an easy light reading of some text, but an absolute dedication to learning in depth.

The Chofetz Chaim (end of Sefer Sheim Olam) adds that this level of learning leads us to recognize the One Who created the world, which in turn brings the geulah. Furthermore (4:92), since we are primarily battling against the power of Yishmoel, we must counteract his essence. The Torah (Bereishis 16:12) records that he is a “pereh adam – a wild-donkey of a man.” This signifies his absolute lack of submissiveness to any rules or limitations. The antithesis of this in holiness is the Yissochor model, which is also likened to the same animal, but he is called “a strong-boned donkey…he bent his shoulder to bear” (Bereishis 49:14). This means that Klal Yisroel accepts the yoke of the Torah compliantly, as the donkey accepts its burden (Sheim MiShmuel, Tetzaveh, page 128). Thus, another method of vanquishing Yishmoel on his home front is to accept the yoke of Torah, with all that comes with it (see Zohar, Behar 108a).

We also know that Yishmoel’s power, as indicated by name, is in his prayers. His mother, Hagar, was told to call him this “for Hashem has heard your prayer” (Bereishis 16:11). Many Rishonim (see Ramban, Rabbeinu Bachya to Bereishis 17:18; Maharal, Netzach Yisroel 10) understand this to be a legacy Yishmoel received from his mother. However, others (see Radal to Pirkei D’Rebbi Eliezer 30) explain that Yishmoel himself cried out and was heard by Hashem (21:17). In any case, to triumph over Yishmoel, we must improve and refine our own tefillos so that they outshine and overpower his. We must also remember that during ikvesa d’Meshicha, we will be struggling against the combined forces of Yishmoel and Eisav (see 2:91). Furthermore (3:335), Yishmoel represents water and Eisav fire. Perhaps this begins to explain why we have seen so many tragedies occur with either water or fire in our days.

We have already seen that it is important for us to overcome Yishmoel’s power of prayer with our own improved and heartfelt tefillos. How do we spiritually triumph over Eisav?

One method is to undercut his zechusim in the area of kibbud av v’eim by strengthening our own respect and honoring of our parents. The Medrash (Bereishis Rabbah 66:7) even teaches that Eisav’s ability to destroy the Bais Hamikdosh flowed from his extraordinary devotion to his father. Our own victory over the Eisav part of chevlei Moshiach must come from our spiritual rededication to this mitzvah (see 3:67-71).

In these days after Lag Ba’omer, the yahrtzeit of Rav Shimon Bar Yochai, author of the Zohar, we must mention one more aspect of our age. We find, boruch Hashem, many people delving more into penimiyus haTorah, understanding the inner, deeper meanings of the Torah. We must stress that this does not mean necessarily learning Kabbolah or esoteric seforim. There are sundry works that are accessible to many, such as the Ramchal’s writings, many Chassidic works, Michtav M’Eliyahu, Pachad Yitzchok and those of Rav Moshe Shapiro zt”l. Rav Sorotzkin quotes Rav Chaim Kanievsky (4:4:583), who says that the geulah will come about through the study of these kinds of works. Perhaps the thirst for these writings and their translations is indeed the yearning for deeper Torah understanding which we are told would typify this era.

Indeed, Rav Chaim Vital zt”l (introduction to Eitz Chaim) assures us that delving into the inner meanings of the Torah will surely bring us ever closer to Hashem and His ways. For each of us, what to learn and how to achieve this goal can be different. What should be universal is the yearning to gain an ever deeper appreciation of the profound breadth and scope of the beauty and enormity of the Torah. Whatever the lure of Yishmoel and Eisav may be for some, we must make sure that our own understanding of why we do things and what they mean is deeply rooted and reflects a true identification with the vast universe of Torah. That itself can be one of our greatest weapons against the assimilation that plagues so many of our unaffiliated brethren. Instead of seeking odious so-called Kabbolah centers, let us make sure that in these days before Moshiach, we have Torah-true explanations and knowledge to offer those who end up in the wrong places.

Instead of running from ikvesa d’Meshicha, let us embrace its potential for bringing ourselves and others closer to the Torah, while Moshiach hopefully comes ever closer as well, bimeheirah beyomeinu.

Every day, it becomes clearer to us that we live in a fake world. That doesn’t mean that we are fake, that our families and

Since last April, Russian President Vladimir Putin has been trying to intimidate Ukraine’s pro-Western government by building his military forces along the border between the

The Push Between 1808 and 1810, 511 families of the talmidei haGra, moved to Eretz Yisroel, under the leadership of Rav Menachem Mendel of Shklov,

Chazal (Chagigah 3a) teach us that “ain bais hamedrash bli chiddush – each house of Torah study creates its own novel thoughts.” Hopefully, this applies

In A Perfect World I once had the privilege of translating the biography of Rav Meir Chodosh, the mashgiach of several great yeshivos, written by

Agency Sought 75 Years for Disclosure; Judge Gave 8 Months  In a win for government transparency, a U.S. District Judge ruled the Food and Drug