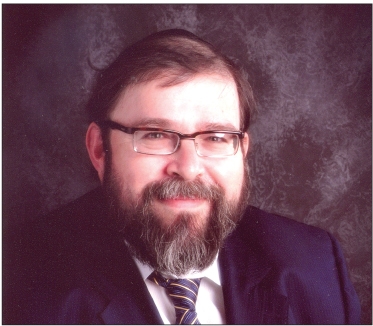 In a case that tests consumer rights against corporate might, the Supreme Court heard oral arguments this week in Northwest Airlines, Inc. vs. Ginsberg. It's an unusual â€œDavid-and-Goliathâ€ scenario pitting the powerful Northwest/Delta Airlines against an individual, Rabbi Binyomin Ginsberg from Minneapolis. The dispute, dating from 2008, is over the airlines' decision to revoke Rabbi Ginsberg's frequent flier Platinum Elite membership and to cancel his extra mileage and other perks accumulated over years of frequent travel.

Rabbi Ginsberg, former dean of Torah Academy in Minneapolis, was told by the airlines he had “abused” his privileges by complaining too much, whether about hours-long delays in luggage arrival, cancelled flights or undelivered meals.

A consultant, author and educational expert, Rabbi Ginsberg makes hundreds of trips a year, traveling across the country to lecture and teach. He joined Northwest’s WorldPerks frequent flier program in 1999 and reached Platinum Elite status in 2005.

But in June of 2008, Rabbi Ginsberg said a Northwest representative called him and told him his status was being revoked and he was being booted from the program. The Minneapolis rabbi said the airline also took away the hundreds of thousands of miles accumulated in his account, and rescinded his wife’s Silver Elite status.

“It struck me as so bizarre, I thought it was a prank call,” he told Yated in a phone interview. “When I insisted on clarification, they told me it was because I was complaining too much.”

“This happened at the time that Northwest and Delta were merging,” he recalled. “I wondered if the motive behind their dropping me was that they had too many frequent fliers at the higher status… and they were showing too much of a liability for the accumulated miles by those passengers. So they had to creatively find ways of reducing the numbers.”

Ginsberg said that relative to the vast number of flights he and his wife had taken with Northwest, “I don’t think my complaints were overly frequent. When you repeatedly have to wait from an hour to two hours for your luggage to arrive on the carousel, that’s reasonable grounds for complaint.”

“They should have taken their time and analyzed: Were my complaints legitimate? Should they be doing something to improve their service? Instead of addressing the poor performance, they focused on ‘let’s shut up this person who’s complaining too much.’”

‘GO AHEAD AND SUE,’ THEY LAUGHED

Rabbi Ginsburg recounted to Yated that when he told the airline representative he would be forced to sue if they arbitrarily cancelled his mileage, he heard “a snicker” on the other end of the line. “Do you know how many people I’ve heard that from?” the representative laughed. “I tell them go ahead and sue. How many do you think follow up on that? ”

A few weeks later, Northwest sent Ginsberg an email, in which the airline quoted a paragraph from the fine print of the WorldPerks Program. It stated that Northwest could determine “in its sole judgment” whether a passenger has abused its program, and that abuse “may result in cancellation of the member’s account and disqualification from program participation, forfeiture of all mileage accrued and cancellation of unused awards.”

Under the express language of the “Terms and Conditions,” the airlines reserved the discretion to decide whether and when to kick someone out of the program. But that doesn’t necessarily settle the issue, legal experts say.

“How to handle a contract that allows one party to choose not to honor the rest of the contract has long been a difficult question in the law,” writes attorney Eric M. Fraser, discussing this case on a law blog. “Imagine a contract to paint a house. The contract says that the painter will paint the house and the homeowner will pay $2,000 but may refuse to pay, depending on his “sole judgment.”

“The painter paints the house and the homeowner refuses to pay, possibly claiming the painter did a bad job, or maybe for no reason at all. Does the law allow him to do that?”

“The doctrine at issue here is called “the covenant of good faith and fair dealing,” which essentially means that one party to a contract cannot unfairly (or in bad faith) deprive the other party of the benefits of the contract,” explains Frazer.

“In the painter example, the painter would say that the homeowner must have a good reason not to pay, even though the contract doesn’t say so. In the Northwest case, Rabbi Ginsberg says that he followed the rules and the airline cannot kick him out without a good reason.”

SHOULD ‘COVENANT OF GOOD FAITH’ PREVAIL?

After getting nowhere trying to resolve the issue with the airline, Rabbi Ginsberg brought a suit arguing that in revoking his frequent flier status, Northwest breached the “implied covenant of good faith and fair dealing,” the basis for any contract.

In January 2009, a federal judge in San Diego dismissed the suit, agreeing with Northwest that the Airline Deregulation Act (ADA) blocked Ginsberg’s claim.

The ADA law passed by Congress in 1978 allowed Airlines to set their own policies regarding price service, route, without having to obtain federal approval as government regulations had previously required. ADA prohibits parties from bringing claims against airlines relating to a “price, route, or service” of the carrier.

Ginsberg appealed the district court’s decision to the Ninth Circuit which reversed in 2011 and ordered the district court to reconsider Ginsberg’s claims. The decision from the 3-judge panel said that when Congress passed the deregulation law, it did not intend to “immunize the airline industry from liability for common law contract claims.”

In other words, the ADA law did not intend to remove accountability from airlines for breaches of contract.

“Congress did not convert airlines into quasi-government agencies, complete with sovereign immunity,” said the court, explaining its rationale for allowing Rabbi Ginsberg to proceed with his lawsuit. Digging in their heels, Northwest/Delta petitioned the Supreme Court to hear the case. In May, the High Court accepted.

At the heart of the case are a few key questions: Does an airline have a right to take away frequent flyers’ status, membership and miles under a sweeping but unspecific claim that a customer has “abused” the program?

Is it fair and equitable that an airline can reap the benefits of loyalty through frequent flyer programs, then eliminate those benefits even when a passenger does not break any of the program rules?

But the question that will probably receive most of the Supreme Court’s attention, experts say, is not about the ethical angle but a technical, legalistic one: Since airlines are no longer regulated by the federal government when it comes to “price, service and route,” are airline passengers entitled to any consumer protections under state law, and if so, under what circumstances?

Northwest claims that the covenant of “good faith and fair dealing” is preempted by the Airline Deregulation Act (ADA). It essentially claims that the doctrine of good faith is a state law that is related to a price or service of Northwest and is therefore cancelled by ADA.

Rabbi Ginsberg claims that his suit simply seeks to enforce the WorldPerks contract, that the contract claim is not a state regulation as described by the Airline Deregulation Act, and that his claim does not relate to an airline’s prices or services.

Ginsberg’s lawyers argued that the frequent flyer program should not be considered an airline “service” since it’s essentially an industry unto itself, unconnected to the actual business of air transportation. Mileage can be sold and converted to other forms of currency totally unrelated to flying.

“The word ‘service’ does not encompass every activity undertaken by an air carrier,” explained Ginsberg’s attorney, Adina Rosenbaum, who argued the case before the Supreme Court.

“If an airline owned a restaurant, ran a dry cleaner, or managed a sports team, it would not be immunized from following state laws simply because it is an airline. The ‘service’ referred to in the ADA is the service customers are buying when they buy an airline ticket: the service of providing air transportation.”

Rabbi Ginsberg said his suit is about an important principle. He said his complaints, about everything from luggage arriving late at the baggage claim to getting last-minute notifications of flight cancellations were always made “quietly, politely, always over the phone.”

“That’s a right that I can’t believe was punished in America,” he said, adding that many consumers have had issues with airlines but airlines tend to take the attitude that ‘We’re untouchable.’

“It’s anti-American,” he said. “If they can act in bad faith and get away with it, where does it stop? Can airlines refuse to return your luggage or compensate you for losing it? Can they cite a price for a particular flight and then raise it after you’ve purchased a ticket? Taking away a person’s mileage they worked hard to accumulate is no different. It’s fraud. We live in a country that was built on freedom and this is clearly abuse of freedom.”

In an interview with CNN Tuesday morning in front of the Supreme Court right before oral arguments were to begin, Rabbi Ginsberg said he felt a ruling in his favor would be a victory for all Americans. He noted the phalanx of top-tier executives, officials and legal counsel who arrived at the courthouse in support of Northwest, and alluded to echoes of the Chanukah message, that “might doesn’t make right.”

Noting the coinciding this year of Chanukah and the American holiday of Thanksgiving, Rabbi Ginsberg said at times the task of standing up for freedom and decency lies “with the few and the weak” – rabim beyad me’atim, giborim b’yad chaloshim. He said he trusted the bedrock values of freedom, “good faith and fair dealings” that define American society at its core would prevail.