Summer: The Time for Parents to Do Their Homework 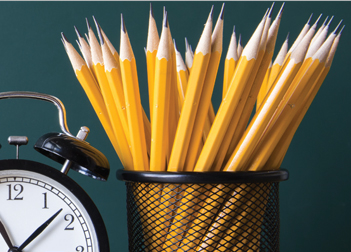 As parents, we do a great deal of housework. But homework, ah, that is a thing of the long distant past, when we sat in those uncomfortable desks. Now let the next generation sit until late at night completing those pesky assignments. Except for the parent who is still in school or has returned, to amass new degrees or career-building requirements, adults have little interest in the onerous study of something others have designated. Yet, this time of year is ideal for brushing up and preparing to really be the avi mori and imi morasi – the rebbi-father and morah-mommy – our children pray for in bentching every day.

My rebbi, Rav Yitzchok Hutner zt”l (end of Pachad Yitzchok, Shavuos) long-ago established the principle that all teachers are actually surrogates for parents in the holy endeavor of chinuch habonim. He cited a major error in understanding the Torah attitude toward the foundations of “Jewish education.” The Gemara (Bava Basra 21a) praises Yehoshua ben Gamla, “for if not for him, the Torah would [G-d forbid] have been forgotten in Klal Yisroel. In the beginning, whoever had a [knowledgeable] father learned Torah. Whoever did not have such a father did not learn Torah. Eventually, Yehoshua ben Gamla came along and established the institution of schools and teachers.”

The secular interpretation of these words of Chazal is that we are incredibly proud of the fact that even in those “primitive” days, our nation was progressive enough to invent and institute compulsory education. As the rosh yeshiva points out, nothing could be further from the truth and the entire scenario is utterly illogical. Could it be that in all the centuries between Mattan Torah and Yehoshua ben Gamla, only children fortunate enough to have scholarly fathers studied Torah and yet the Torah was not forgotten? Were there no orphans or children with ignorant parents in days of yore?

The truth is that chinuch or education was defined differently for millennia. Torah was transmitted in the same place where life itself was given, because it was axiomatic that Torah equals life itself. Therefore, if a child indeed was blessed with a father who could learn and teach, that was the ideal way to absorb Torah, from the very place he had been granted his existence.

During all the years between Mattan Torah and Yehoshua ben Gamla, if an orphan or child with an ignorant father had no ability to learn at home, he learned in someone else’s home. Not only was the Torah not forgotten, but the transmission of Torah as the breath of life continued unabated. However, tragically, just as Klal Yisroel suffered diminutions and spiritual downturns, so did the Torah itself. Finally, there were simply not enough alternate homes to sustain this idyllic form of chinuch, so in his prescience and wisdom, Yehoshua ben Gamla established yeshivos.

Now, when the rosh yeshiva presented to principals this daas Torah perspective on the role of “schools” vis-à-vis “home schooling,” his focus was on the warmth, caring and parental concern a rebbi must convey to his talmidim, for he is in essence a surrogate father. However, now, some two generations later, with a dor of learned parents, perhaps it is time to reinstate, at least somewhat, our consecrated roles as parent-teachers along with our revered partners, the teacher-parents. Of course, this does not require us, nor are we ready as a nation, to return to the pre-Yehoshua ben Gamla days without physical buildings in which to teach our children. But at the very least, when the time comes to review Chumash, Mishnah, Gemara and the other subjects on our common Torah curricula, we should try to be prepared to once again earn and fulfill that sacred title of avi mori and imi morasi.

The rosh yeshiva at the time offered a trenchant metaphor for what chinuch ought to be. “Imagine,” he suggested, “a country in which the authorities enacted a law that every newborn baby must be placed for a period of time into an incubator. We would instantly conclude that something must be wrong with motherhood in that land. A profession is certainly a wonderful thing. But life itself cannot become a profession. Therefore, Torah, which is our life, can also not be given over exclusively to professionals. It must be identified with the process of transmitting life itself.”

I believe that the rosh yeshiva was conveying to us that it is many times more powerful learning how to make a brachah when we are hungry and when our child witnesses us making a brachah carefully and with kavanah than from a blackboard or even smart-board as a hypothetical event. This is all, G-d forbid, not to denigrate the amazing accomplishments of devoted teachers in exciting classrooms. But the opportunity to be our children’s teachers should not be ignored or lost in the ongoing process of sending our children off to school.

Interestingly, Rav Yosef Shalom Elyashiv zt”l was once asked, “Who is the best teacher?” His unequivocal answer was that “the best teacher is the father” (Rav Yitzchok Zilberstein, Lechanech B’simcha, page 123). In fact, Rav Elyashiv asserts in his commentary on Pirkei Avos (also quoted ibid.) that the very name Pirkei Avos was chosen to teach that it is the father in each family who is best equipped to teach his own children the proper middos and derech eretz to live a Torah life. Later in this work (page 648), Rav Zilberstein also concludes that “the summer and vacation periods are the best time to work on chinuch habonim, whereas the rest of the year may be too busy and hectic. This is a time to listen carefully to a child’s inner soul, to pay attention to his concerns and to ascertain where he is heading and what guidance he may need.”

I write all this being well aware of two phenomena. First of all, the beautiful scene of Avos Ubonim, fathers and sons learning together on a weekly basis, and often more often, gladdens the heart and soul. However, fathers who prepare to master their sons’ curriculum during the summer will be in a powerful position to help their children, fulfill their own mitzvos of veshinantom and velimadetem, to say nothing of the collateral benefits of nachas, bonding and lifetime relationships being forged. Secondly, although most of the seforim dealing with this subject focus on boys and young men home from yeshiva, this approach applies these days just as well to our wonderful imahos, the mothers who are the mainstays of our homes. The summer family vacations and staycations are times to listen to the concerns of our daughters, to prepare the Chumash, novi and other areas they will be studying, so that morasi will be Mommy’s cherished title as well.

Since we are in the middle of the Three Weeks, the tragic Bein Hametzorim, it may be appropriate to add a timely note. The centerpiece of the Gemara’s rendition (Gittin 55b) of the cause of the second churban is the well-known story of Kamzta and Bar Kamtza. By error, Bar Kamtza, the enemy of an unnamed man, was invited to his simcha. Kamtza, the friend, was not, eventually triggering the destruction of the Bais Hamikdosh. A famous issue (see, for instance, Ateres Shmuel, Brachos, page 247) raised about this saga is why Kamtza is mentioned for eternity as one of the perpetrators of our national calamity. Surely, he seems innocent, while all the evil was done by Bar Kamtza.

One answer, given by Rav Moshe Mordechai Shulsinger zt”l, is based upon the suggestion of the Maharsha. He posits that Kamtza may have been the father and Bar Kamtza was his son. With this identification, Rav Shulsinger concludes that while Bar Kamtza was the one who actually performed all the evil the Gemara describes, Kamtza, the father, failed to train his wayward child properly. His chinuch habonim was sadly deficient, so he is forevermore associated with death and destruction. In more simple terms, while there are exceptions, we often bear responsibility for the lack of proper middos training of our children, which belongs primarily to the home.

I found it fascinating to read in this past week’s New York Times Sunday Review (July 24, 2016) that “experts” are recommending that instead of bribing children to read during the summer, “they don’t necessarily have to be money, treats or toys. It could be that it’s a special thing to go to the library with Dad and that alone time is part of what’s rewarding about it… Such nonmaterial rewards may be the most effective.”

Let us bask, for a moment, in our having learned this lesson centuries before today’s parenting and pedagogic experts. But, as the rosh yeshiva concludes in his maamar, this is part of the havdalah bein Yisroel la’amim (page 241). For us, this is not merely education or even intellectual growth. It goes to the heart of ki heim chayeinu ve’orech yameinu. It is even possible that our entire summer schedule was ordained for us to return to our primarily roles as the spiritual guides for our children and grandchildren. May we all have Yiddishe nachas from all our progeny and enjoy an active role in helping them become the generation to rebuild the Bais Hamikdosh, bimeheirah beyomeinu.