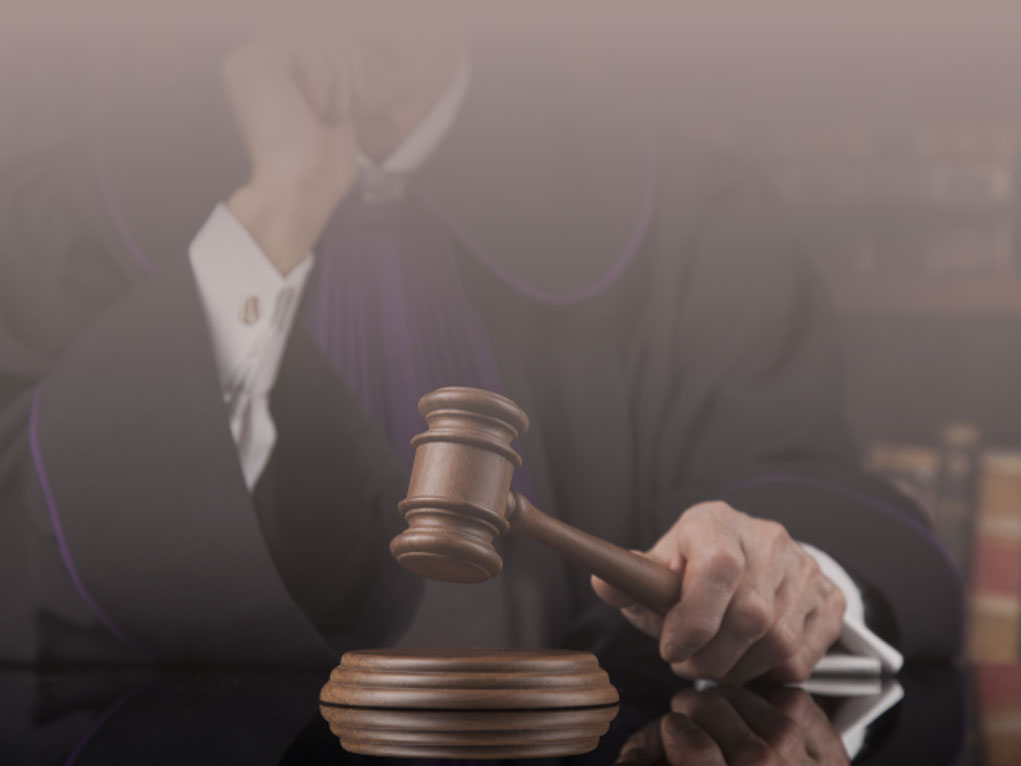 Almost from the moment we graduate from childhood, we metaphorically don our black robes and settle down to judge.

Through it all, we try to judge wisely and fairly. We like to consider ourselves impartial. We assume that we are fair and objective in our assessments. That we are men and women with eyes that see the truth and minds that know how to sift and weigh what we see, in order to reach a righteous judgement.

We’d be wrong in our assumptions of impartiality and objectivity because we fail to factor in one, all-important thing: our very subjective hearts, which come equipped with their own set of criteria. The heart can be compared to the kind of political “special interest” groups that dot the Washington landscape. These groups are unabashedly motivated by self-interest. They want what they want, and they don’t care if you know it.

Our hearts fill the same role. Even as our minds struggle to steer a course that would keep all four tires inside the lane of objective truth, our hearts are shouting, “Forget about all that stuff! Listen to me! I know what’s right and wrong. I can feel it!”

Yes, our feelings have a lot to say when it comes to judging others. But only when we have a stake in the game.

Here’s what I mean. If an issue comes up which is completely unrelated to you and yours… an issue which you are truly able to judge on its merits because those merits are unclouded by your subjective desires… then, perhaps, you can wear those judge’s robes in good faith. But what happens when the issue is related to you? What then?

To answer that, just think about the last time one of your kids (or, to a lesser extent, any close friend or relative for whom you care deeply) ran to you in tears, complaining about someone who caused her pain. Your first, unthinking instinct, is to rise up in defense of your loved one. Never mind impartiality. Forget about objectivity. Don’t bother with the other side of the story.

The same holds true about our capacity for tolerance. As long as the person in question has absolutely no bearing on my life or value system, I can tolerate him with equanimity. Live and let live, as the saying goes. But the moment his issues impinge on mine… tolerance usually flies out the window. Like the joke that you’re perfectly happy to laugh over, until it touches too close to home. To quote something I once read: “It stops being funny when it starts being about you.”

So much for objectivity.

A good many of the mitzvos in the Torah are designed to keep a judge or dayan on the right track. He is hemmed in by a whole slew of commandments aimed at keeping him as objective as possible. For example, he may not listen to one litigant unless both litigants are present. If he did, he might find himself leaning toward the first litigant’s claim even before the other side has a chance to present his case. He also has to be very careful not to favor either a poor person, out of pity for his predicament, or a rich person out of a desire to get on his good side.

Impartiality, for a Jewish judge, is not merely a good idea. It is an imperative.

A judge may certainly not accept a bribe. I remember learning once about a famous gadol who recused himself from a certain case in his bais din because one of the litigants in the case had once done him a favor. The moment he sensed that his objectivity may have been assailed, he backed away from the case. He did not declare that he felt confident in his ability to be impartial, because he wasn’t confident. Committed to the ideal of true objectivity and impartial judgement, he simply backed away.

As the Torah tells us, bribery has the power to blind a person to the truth. And bribery comes in many forms. One of the most powerful, if intangible ones, is flattery.

Suppose you are truly neutral about a certain person, and then that person offers you an effusive compliment. A compliment which tickles your ego and makes you glow with pleasure.

Can you truly say that you feel objective about that person going forward?

We are approaching the time of year when judgements will be made. We will stand before our Creator with all our flaws on pitiful display, including the faulty judgements we’ve made this past year in the name of our all-too-human subjectivity.

We will throw ourselves upon the mercy of our Heavenly Father, Who knows better than anyone just how frail our hearts are. And we will beg him to empower our rational faculty so that we can conquer the partiality, the intolerance and the snap judgements, along with the unworthy words or actions they often bring in their train.

Hakadosh Boruch Hu is the only One Who is capable of judging not only the person standing trial, but also all those that will be affected by the outcome of that trial, present and future. In His infinite wisdom, he can, so to speak, juggle an infinitude of balls in the air and never let a single one drop. If our mission in life is to emulate Him, here is one aspect of the Divine that bears close watching. We need to unlearn our habit of making overhasty character assessments and learn how to judge the right way.

I think that a good rule of thumb is to notice when we’re starting to get hot under the collar. Anger has a way of clouding even the best judgement.

If the sight of a bigger kid picking on a smaller one makes you see red, you need to step back and consider whether there’s another side to the story. Perhaps the smaller one had been needling the bigger one past the point where he could bear it. Perhaps there’s a history between the two. Perhaps a lot of things. Judgments are important enough to deserve our time and patience, even when (especially when) our hearts are clamoring for instant condemnation.

We are approaching a time of year when we will stand in judgment. Fortunately, we have a secret weapon called teshuvah to call on in our defense. Even more fortunately, we know that our Judge is truly objective. He is patient and long-suffering, and He knows us better than we know ourselves. Best of all, He cherishes us beyond our wildest dreams and wants us to emerge from the trial with a clean slate.

Yes, we will stand in judgement… but we will be entering the defendant’s dock knowing that the judgement to be handed down will be a wise one. It will be loving. And, unlike so many human judgements, it will be fair.