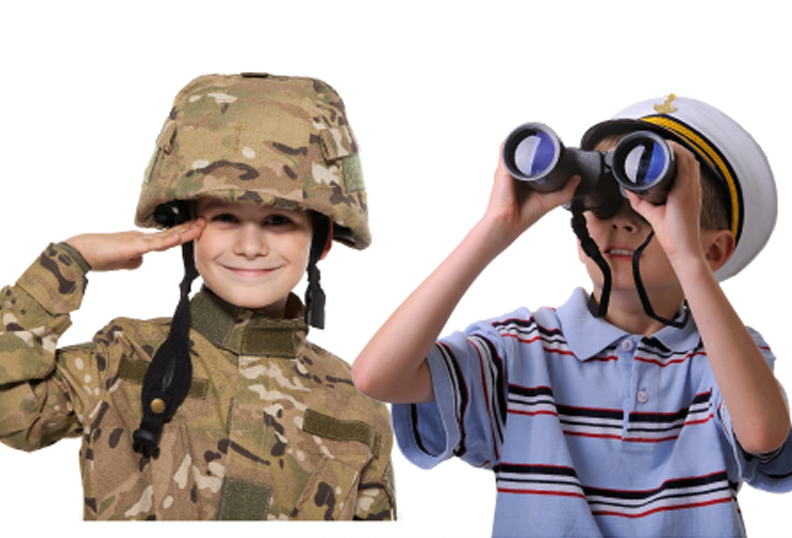 Years ago, I had a girl helping me with my yom tov baking. I gave her a recipe for blondies, which involved pouring batter into a pan and then liberally sprinkling the top with chocolate chips.

My helper duly prepared the batter – and then disappeared. Some time later, noting that I hadn’t seen or heard from her in a while, I went to investigate. To my astonishment, I found her seated at a table in the next room, meticulously lining up the chocolate chip on the surface of the batter in neat, long rows. She had covered about a third of the pan and seemed set to spend the next few hours finishing the job!

At the time, although I marveled at her desire to do the thing just right, I was mostly eager to get the cake in the oven. I regarded those rows of chocolate chips, lined up with the razor-sharp precision of soldiers on parade, as a complete waste of time. “Sprinkle,” I felt, means just that. Sprinkle!

My helper, however, was a perfectionist. Such a slapdash tossing of chips on batter was anathema to her. To act in a manner other than that dictated by her perfectionistic nature was, literally, a painful experience.

Since then, I’ve come to know other perfectionists. People who approach every task like a drill sergeant; demanding the highest standards of themselves (and usually of those around them, too!). People, who like those parading soldiers, care about getting things right. People who sweat the details.

Perfectionists are the ones whose class notes are not only exquisitely neat – no matter how quickly the teacher talks – but also breathtakingly thorough. Her bars and cookies could grace a baker’s shelf. His handy work around the house is carefully thought-out and correctly accomplished, down to the last nut and bolt. Not to do things correctly is, for them, a source of stress.

At the other end of the spectrum are the non-perfectionists. By this I mean those of us whose approach to certain tasks is to basically take a stab at it and hope for the best. Non-perfectionists have more of a laissez-faire attitude toward things. If perfectionists are like soldiers on drill, you could say that their counterparts are similar to sailors, free and easy whether climbing the rigging or swinging a mop. No need to micro-manage the voyage: the ocean is large enough to absorb any small errors they might make. For them, it’s the pressure to maintain exacting standards that breeds stress.

Each of these personality types has a lot going for them – and some drawbacks.

At the top of the list for the perfectionist is, of course, that she does the job right. Despite the cost to her in time or effort, she’ll toil meticulously until the results are… well, as perfect as she can make them. Think of those tidy rows of chocolate chips marching across the top of that Blondie batter. A work of art!

On the other hand, perfectionism can give rise to a set of behaviors that belong to what Chazal call a kapdan. Having high standards for ourselves is one thing. Demanding them from others can lead to downright nasty behavior. Perfectionists harbor a genuine and heartfelt desire to have everything in this world just as it ought to be. It pains them to come face-to-face with imperfection. As such, they live with a lifelong sense of disappointment because nothing can ever match their ideals.

While such a lofty goal is certainly admirable, it does not bode well for our all-too-human relationships. Hashem created us imperfect, and it is the task of each of us to polish our rough edges as we go through life. Doing so with an annoyed perfectionist breathing disapproval down the back of our necks makes the prospect rather less than appealing.

A real problem arises when the perfectionist, despairing of ever achieving his goal of perfection, simply gives up the fight. Such a person’s room will either be finicky-neat or abysmally messy. If it’s not going to be one hundred percent, it might as well be nothing! For these drilling soldiers, a less-than-perfect posture is the equivalent of an ungainly slouch. Not doing something perfectly is worse than not doing it at all.

Either you get it right, or you don’t even bother trying.

Our “sailor” types are like Impressionist painters: it’s the overall effect they care for, not the nitpicky details. They’ll appreciate the big picture far more than the myriad tiny components that make it up. They won’t mind if the final result isn’t as perfect as it might have been, since perfection is not their goal. Life is too interesting to waste an extra unnecessary second on tedious chores. Whether cooking, note-taking or fixing a leaky faucet, they just want to do an adequate job before moving on to the next, hopefully more exciting thing.

The drawback for this kind of personality is obvious: often, they don’t get the job done right. Her notes will be spotty, his faucets prone to redeveloping the leak he thought he’d fixed, her endeavors in the kitchen marked by a haphazard success rate.

As we can all attest, when something truly holds our interest, even the non-perfectionists among us will raise the bar. As a young girl, I wasn’t too interested in what went on the kitchen. But when cooking began to play a major role in my life, I realized that broad, sweeping measures were not the key to success. I began to notice the difference between attentive and inattentive cooking. I started reading recipes, and carrying them out, with greater care. In other words, I began to sweat the details.

As for my writing, it goes without saying that every single syllable has my full and undivided attention!

On the other hand, there are many areas where perfectionism is out of place. Like lining up the chocolate chips instead of simply scattering them artistically across the top of the batter. We have to weigh the cost of our time and effort against the many demands on us, and decide whether or not this may be the place to lower our standards just a bit.

So which is optimum – soldiers or sailors?

The answer, it seems to me, is that neither approach works well all of the time. What every one of us, regardless of our personal affiliation, needs to do is switch professions. We all need to become gardeners. Our job, as we go through life, is to cultivate a garden that contains both middos – all the middos – in their proper proportions.

The garden will have its tidy borders and meticulous flowerbeds, but it will also feature corners of wild-blooming bushes and trellises of free-falling ivy. Nobody’s garden will look exactly like any other person’s. And no one but you will ever know how hard you worked to weed and water and prune, or which particular corner proved the most labor-intensive part of the job. Because that secret garden exists only in your own neshomah.

In such a garden, everyone can find the path that helps them serve Hashem in their own best possible way.