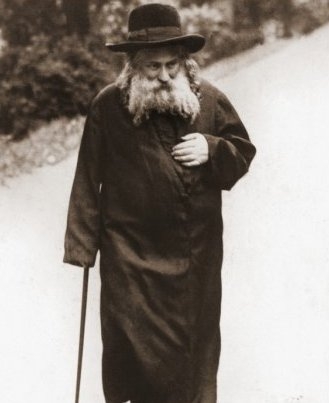 When one scholar saw this, he could hardly believe his eyes. He immediately wrote to Rav Binyomin Zilber zt”l to ask whether one may rely on this chiddush practically.

Rav Zilber ruled that he could not. “Firstly, although the Mishnah Berurah usually brings the Tosafos Shabbos, in this instance – and regarding other chiddushim in muktzah in the same place – he does not. Most likely, this means that the Mishnah Berurah doesn’t agree.

“In any event, his proof is far from conclusive. The reason we are lenient regarding two people who carry an object which each could carry alone in the public domain is because this is similar to one who does only half a melachah, not because it is not the normal way to carry. This halacha, therefore, has no bearing on carrying muktzah. In conclusion, one cannot rely on this chiddush of the Tosafos Shabbos even in a situation of pressing need” (Shu”t Az Nidberu, Part V, #25).

SHABBOS 94: “THE LIVING CARRY THEMSELVES”

The Imrei Emes was exceedingly refined. Even when he was older and could hardly walk and required assistance, he did his best to limit this in any way that he could. Although he had bochurim who took turns taking care of him, he did everything in his power to avoid requesting help for anything. Whatever people did to take care of him they did on their own initiative and not by his request.

The Imrei Emes took care to avoid causing these bochurim any exertion and took a personal interest in all of them. He was always asking with very palpable love whether a bochur had not slept enough or eaten due to caring for him.

When he travelled to the Kosel, they had no choice but to carry his chair down the many stairs. As they carried him, he was obviously distressed. “You are carrying me,” he said with pain in his voice.

However, he always made sure to add the same statement from thisdaf to reassure the bochurim and also possibly himself: “But we find on Shabbos 94 that in terms of Shabbos, one who carries a live person is not liable, since a live person is much easier to carry and in a sense is consideredto be carryinghimself” (Rosh Galus Ariel, Volume I, p. 426).

On thisdaf, we find that working out precisely what violates the melachah of binyan is no simple matter. Although the Gemara reasons that braiding hair should have no relationship to the melachah of construction, it ultimately proves that such a hair arrangement does constitute binyan. The proof is from a verse regarding Chavah: “Vayiven Hashem Elokim es hatzelah – And Hashem Elokim built the tzelah.” Chazal say that the language of vayiven, literallybuilding, applies to the means through which Chavah was formed, and this included the braiding of her hair.

When Rav Shlomo Zalman Auerbachwas writing his epic work Meorei Eish, explaining the halachos of electricity, he wanted to include an entire chapter on why using electricity does not constitute boneh. When he mentioned this to a learned friend, his listener discouraged this. “What a waste of time. Surely no one would conclude lemaaseh that using electricity is boneh.”

When Rav Shlomo Zalman saw that the Chazon Ish himself ruled that using electricity constitutes boneh due to the closing and opening of the electric circuit – exactly as he had thought when considering writing this chapter – he regretted listening to his friend’s advice.

“To the Gaon Yisroel, Rabbeinu, author of the Chazon Ish, may Hashem bless his strengthand grant us the merit of the light of his Torah…

“I was very distressed to see the p’sak in Sefer Chazon Ish that one who opens or closes a circuit violates the prohibition of boneh. It is already ten years since, after consulting with one of the great rabbonim here in Yerushalayim, I permitted my mother to use her hearing aid on Shabbos…”

One of the points the Chazon Ish makes is that whenever there is a shinui tzurah,an essential change in a thing’s identity, there is a problem of boneh even if it is normal to be soser. One example of this is a braid, which is certainly meant to be taken out at some point. Nevertheless, it is considered boneh.

But Rav Shlomo Zalman writes that he failed to understand why we would say a shinui tzurah alone automatically constitutes boneh. “Let’s say one has a very small, dark, airless room. Would we say that opening or closing the door constitutes boneh or stirah? Even if one literally cannot remain in the room without opening the door since the atmosphere is too oppressive and the room is unusable when the door is closed, it is still surely permitted to open and close this door. We see that merely making something usable or not – despite it being a shinui tzurah – is not the criterion for what constitutes boneh or stirah”

(Shulchan Shlomo, Volume II, p.143-145; see there and beyond for more in-depth discussion).

Rav Yeruchem Levovitz brings a fascinating explanation of the greatness of exerting oneself to perform mitzvos and learn Torah. “The Zohar writes that every mitzvah that comes one’s way is an opportunity to send a gift to Hashem. Every mitzvah is a great gift. But these gifts do not come easily. One must pay for them and the price varies on how many people vie for the opportunity to do the mitzvah. The Yerushalmi famously says that one who sees that his generation is lax in a particular mitzvah should make it his business to fulfill it. In this manner, he will receive reward keneged kulam.

“The Rashba writes in Shabbos 99 regarding the Mishnah on Shabbos 96: ‘If the two [balconies] are on a single row [on the same side of the street], the one who throws [an object across the strip of public space between the buildings] is not liable, and one who reaches over [the space to place the object on the other balcony] is liable.’ He concludes, ‘Be careful with this explanation, since only after much tirchah, toil, was it revealed to us.’

“This seems strange on the surface, since he mentions two opposites in the same breath. Did the Rashba struggle to discover this explanation or was it revealed to him? The answer is readily understood in light of the Zohar mentioned earlier that a mitzvah or learning Torah is attained by paying your dues. Although it was eventually revealed to him, the Rashba paid for this chiddush with much toil. This is not some kind of moshol or exaggeration. It is simple reality, nothing more” (Daas Torah, Shemos,p. 22-23).

Rav Yissochor Dov of Belz offered an interesting lesson that we can learn from a famous statement on thisdaf.

“On Shabbos 97 we find that Moshe Rabbeinu was punished when he doubted that Klal Yisroel would believe him when he told them he was sent to redeem them. His hand turned leprous. Chazal learn from here that the body of one who is choshed biksheirim is struck. This seems difficult. After all, it was clear that Moshe was merely questioning this because he didn’t think they would believe that Hashem had come to him. It was more of a statement of his own humility than it was a judgment on their flaw. If his doubt stemmed from a good middah,why was he punished?

“We see that when it comes to redeeming those who suffer – whether regarding redemption for the klal or the prat – it is forbidden to make use of humility. One who is mistakenly modest in such circumstances will be punished” (Admorei Belz, Part III, p. 12).

SHABBOS 98: PLANNING FROM THE GROUND UP?

Rav Zalman Sorotzkin learns a fundamental principle of Yiddishkeit from a verse brought on this daf.

“At the beginning of the section of Parshas Terumah regarding the Mishkan,we find that the yerios – which made up the roof – are discussed first. Initially this seems quite difficult. Obviously, when building a structure one generally begins planning from the ground up. Why did Hashem command us specifically about the roof covering first? After all, when Moshe erected the Mishkan, Hashem commanded him to begin with the kerashim, the wooden boards which were the walls. So why begin with the roof at the planning stage?

“Another possible answer is based on the fact that the Mishkan corresponded to creation. Just as in creation the heavens were created on the first day while angels were created during the second, the same is true regarding the Mishkan. The roof, which alludes to heaven, comes before the boards, which symbolize the angels. Angels, too, are called omdim, because they have no free will and therefore remain static in their avodas Hashem” (Oznayim LaTorah, Parshas Terumah, Chapter 26:1).

It is certainly intriguing that one can fashion a wall from human beings standing together – to form a sukkah wall, for example. One man wondered whether this wall is also considered a wall for the people forming the wall. Are they considered as if they are within the sukkah or outside it?

On thisdaf, Ula rules that the top of a wall which makes a reshus hayochid is itself considered a mechitzah as well. Perhaps the same is true in this case.

When this question was presented to Rav Tzvi Pesach Frank, he pointed out that it is no simple matter. “Although my son-in-law tried to bring a proof that he is part of the wall from Shabbos 99, his proof is not conclusive. I therefore must rule that whether one who is part of the wall of a sukkah is considered to be in the sukkah is tzorich iyun.”

Rav Yitzchok Zilberstein also deliberated about this question. “The Devar Shmuel in siman 203 implies that the wall is considered in the sukkah. It seems to follow that a human who is part of the mechitzah would be considered to be inside the sukkah. On the other hand, the Pnei Yehoshua on Sukkah 4 argues with the Devar Shmuel, so it seems clear that those standing to make up a wall of a sukkah are not considered to be inside the sukkah according to him. Vetzorich iyun” (Shu”t Har Tzvi, Volume I, siman 86; Chashukei Chemed, p. 442-443).