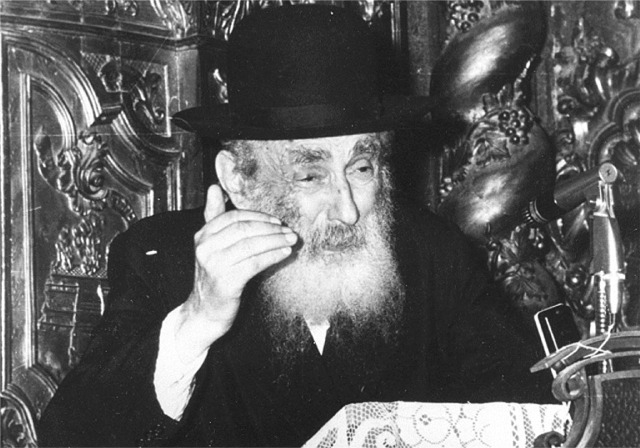 Money matters are quite complex. It is difficult enough trying to keep finances straight when everything is aboveboard. When a person is given counterfeit money, it can be circulated a great deal until it is caught, and then it is virtually impossible to catch the original perpetrators. Who is then left to bear the loss of the valueless currency?

One wealthy man had loaned a hundred rubles to two different upstanding citizens of his hometown. The debts were due on the same day and each paid on time with a crisp hundred ruble bill which the creditor placed in the same drawer. They each received the appropriate receipt and left. That night, he brought the bills to a moneychanger who informed him that one of them was counterfeit.

The wealthy man called them both in for a conference. “Who gave each of you his one hundred ruble bill?” he asked.

Each told him that they had received it from a relative known to be very honest.

“Do you believe me that of the two hundred ruble bills I received from you, one is counterfeit?”

“Of course we do,” they answered in unison.

The three agreed to go to a din Torah to determine what needed to be done in their situation.

The Shach disagreed. “Of course they have a Heavenly obligation to return the lost money,” he said. “Although they were unaware at the time, one of them never repaid his one hundred ruble debt. Although each has his document, the one who paid the bad bill still owes the wealthy man a hundred rubles” (Chashukei Chemed, Shabbos, p. 386).

There was once a talmid chochom who had exhausted himself with his intense Torah study. He decided to travel far into Czarist Russia to rest up for a while. During his first Shabbos away from home, he saw something very disturbing. People would put tea leaves into a cup and pour scalding hot water from a kli rishon into the cup. He couldn’t believe his eyes.

“Do you know that what you did just now is a chiyuv sekilah if done bemeizid in front of witnesses after being warned?” he asked.

No one could explain what was behind this practice, but they told him that it was a fairly common custom they had learned from their fathers before them.

Before he left, someone claimed that the factories where this particular type of tea was produced would pour boiling water on them during production. Therefore, it was permitted to pour water on them from a kli rishon,since we hold that there is no bishul after bishul has already taken place.

This talmid chochom did his utmost to check how European tea was processed, but he couldn’t get a clear enough idea. He consulted with the Binyan Tzion zt”l, a great posek of that time, telling him the entire story.

“You were certainly correct to worry,” responded the Binyan Tzion. “Tea leaves are not cooked before they are marketed. Clearly, it is forbidden to pour hot water on them unless one cooks them before Shabbos. Unfortunately, many G-d-fearing peopledo not realize this and unknowingly transgress Shabbos. It is a miztzah to show them the error of their ways.

“You were incorrect when you said that pouring hot water on a cup of tea leaves on Shabbos could be a chiyuv sekilah, however. The minimum measurement for which one is chayov sekilah for cooking is the size of a grogros. The amount of tea leaves cooked by this water is surely less than that, so at least they do not violate this most serious transgression” (Shu”t Binyan Tzion, siman 17).

SHABBOS 81:  THE GREATNESS OF MAN

“Chazal tell us that kavod habriyos overrides certain halachos. It is certainly interesting that this applies to every Jew, from the greatest to the simplest. One may well wonder why this should be so. The answer is that although we do not understand the greatness of even the simplest Jew, even the simplest Jew is very great, indeed. This is the reason why his honor so important from the Torah’s perspective.

“This explains the words of Chazal in Medrash Rabbah: ‘Kedoshim tehiyu‘ – yachol kamoni: Could one think that this mitzvah means that you should be as holy as I (Hashem) am? Therefore, the verse continues: ki kadosh Ani. This teaches that our holiness is only comparable to Hashem but not actually like His holiness.’

“The reason we cannot begin to understand the significance of this statement is that we do not fathom the greatness of man. Why, if the Medrash had not written this, we could never even say it! What we learn is that man is so much greater than he naturally believes. Since our sages understood the greatness of man, they required a special limud to teach that man is not like Hashem, as it were. Although man is of towering stature due to his ability to connect to Hashem, Hashem’s holiness is vastly beyond anything man can grasp” (Ohr Yechezkel).

It can often be frustrating to encounter a fellow Jew’s ignorance of the most basicfacts of Jewish life. It is very important to suppress the instinctive impatience that it is so easy to display to people who are so unaware of halacha. Instead, the goal is to find the right approach to convey the concepts that will clear up his misconceptions.

One family hosted people from the Kosel at their Shabbos table every week. One Shabbos, during the vibrant conversation, one of the guests said that he was proud to have received an ancient bull made of pottery from an archeological dig in Eretz Yisroel. His host was shocked. Such statues are nothing less than a representation of the ancient avodah zara known as Ba’al, which had made inroads during the time of the nevi’im.

Since the host knew that the innocent young man kept Shabbos and understood its significance, he gently explained the problem. “Such statues are actually idols and it forbidden to keep them. I actually know of a case in which a person realized how serious owning such an idol is and he broke it on Shabbos. He later asked Rav Yitzchok Zilberstein whether it was permitted for him to do so or whether it had been a violation of Shabbos.

The young man was riveted. His host continued: “Rav Zilberstein answered clearly that it was permitted to break the idol. I don’t suggest you hold onto this thing…” (Chashukei Chemed, Shabbos, p. 392).

The Klausenberger Rebbe zt”l imparted important strategies of how one should learn, “They told my father-in-law,” he related, “about a certain man who did not act as the Torah requires. They explained that this man sincerely believed that he could not avoid his bad behavior. They said, ‘This man has a justification for every sin that he does. After all, if he doesn’t violate Shabbos to go to work, how can he be sure to support his family? Isn’t that a case of pikuach nefesh, which overrides the entire Torah?’”

The Klausenberger Rebbe said, “I say that the same holds true for a famous statement on Shabbos 83. There we find that the Torah is only fulfilled in one who kills himself for it. A person who doesn’t learn as he should always has a million excuses. He feels like he must sleep and relax because otherwise he may get sick. And even if he is very well rested, how can he exert himself by going to his Daf Yomi shiur? Can’t this ruin his health? The same is true regarding whatever sin his yeitzer hara is pushing him to do. If he doesn’t do it, surely he is putting his life in danger and he may well die!

“We see that if one is not willing to force himself to defy such feelings – even if they make him feel that he is killing himself – he will never get anywhere in learning!” (Shiur Chumash Rashi, Vayigash, 5726).

On thisdaf,we find that a mikvah purifies one from certain forms of impurity. The Shelah Hakadosh points out the power of immersion in a mikvah to reconstitute a person completely. “The letters which spell the word mikvah make up the word komah, which means stature. One who immerses regains his standing as a Jew, since all defilement is removed.”

The Baal Shem Tov recommended going to the mikvah for one who got angry at his fellow Jew. “The Zohar teaches that one who gets angry at another person loses his neshamah. The best part of him leaves and does not return – even partially – until he returns to himself. The best remedy for one who indulged in anger is going to the mikvah. The numerical value of mikvah hints to this. It equals 151, the same value as ka’as, with the kollel. We see that a mikvah is the best therapy for healing the negative effects of anger” (Oneg Shabbos).

Many wonder what traitthey should work on to enable them to come closer to Hashem. The Alter of Kelmzt”l gives a surprising answer.

“The first yesod that a person must work to attain is love for his fellow man, even a non-Jew, no matter what his religion may be,” he said. “Rav Yochanan would always greet anyone he encountered first, even a non-Jew in the marketplace. He wanted to imbue within himself the important trait of ahavas habriyos. The way one works on this is by learning a page of Tomer Devorah every day.”

Yet, of course, one must be very careful not to be drawn after the ways of the outside world. There is an explicit Torah prohibition, “Lo seichoneim,” prohibiting us from complimenting in a manner that expresses admiration. In the words of the Alter: “Even so, one must not be drawn to emulate or identify with those who err. Inside, we must learn a dynamic process. We must learn to remain distant from their dei’os while still feeling love for them. In our dei’os we must be very distant from them.”

Rav Moshe Tzuriel uses this concept to explain what seems to be a superfluous statement on thisdaf.

“We find in this Gemara that the Chivim, one of the seven tribes that inhabited Eretz Yisroel, could smell the land to determine what should grow where. After complimenting them in this manner, the Gemara tells us that eventually they lost their property. We may well wonder why it has to end on such a negative note. But if we recall that it is prohibited to compliment a gentile, we will understand. The Gemara ends with a negative note so as not transgress the prohibition of lo seichoneim” (Bais Kelm, p. 300-303; Otzros Ha’agadah, Shabbos 85).