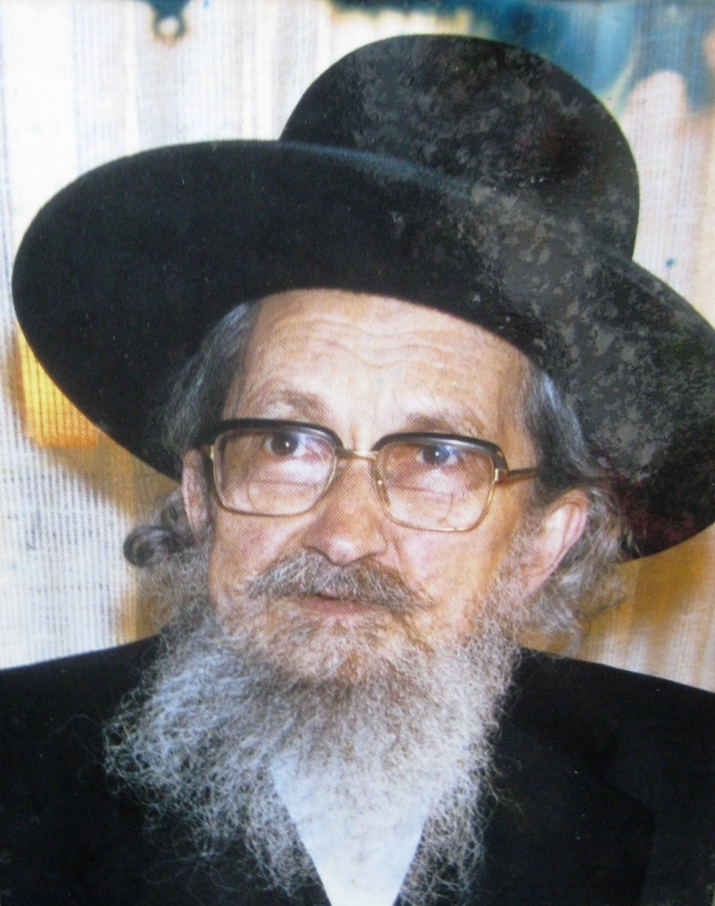 SHABBOS 23: THESE LIGHTS ARE HOLY

“Chazal tell us that Shabbos is a matanah tovah from Hashem’s treasure house generously given to the Jewish people. It serves as a weekly means of uplifting the Jewish people to Hashem. But some Jews, especially those who are on a lower level, have a hard time connecting to the holiness of Shabbos, which we find is a revelation of Hashem’s name. How can one draw near to such intense holiness, such lofty greatness? But on Chanukah, even those who find Shabbos challenging can draw close to Hashem. The difference is that, on Chanukah, Hashem lowers Himself to man, enabling him to grasp hold and ignite the light of holiness within himself. In this manner, one will return to Hashem and serve Him with enthusiasm. This happens every year through the Chanukah lights.

“This is the meaning of the statement, ‘Haneiros halolu kodesh heim.’ Through the lights of Chanukah and the proper kavanah, one ignites the light of Chanukah within himself” (Ohalei Yaakov, Chanukah).

SHABBOS 24: ALL OF THE MIRACLES

On thisdaf,we find that one should say Al Hanissim during the bracha of hoda’ah. The Toras Nosson explains this in a novel manner.

“Chanukah was an amazing miracle that was especially distinguished because it occurred during a time when most Jews were sullied in spiritual matters. Yet, the most righteous of the generation, Matisyahu and his children, managed to rout the hated Greek enemy. Not only that, when they saw that there was only one flask of oil fit for the menorah, they lit it anyway and merited that it burned for the eight days required to procure other qualified oil. We see that the miracle of Chanukah showed that Hashem can be accessed even by those on a low level. This is the character of the miracle of Chanukah to this day, as the Arizal explains: Hashem reaches ‘below ten tefachim,’ to even the lowest levels, to shine to anyone open to being uplifted during this wondrous time. During Chanukah, one basks in the deeply satisfying light of Torah and mitzvos.

“The light of Chanukah alludes to perceiving the miracles that Hashem does every day, helping us hold on to emunah and remain strong despite the many difficult tests we must endure. This explains why we say Al Hanissim when we thank Hashem for the many miracles that everyone experiences every single day” (Toras Nosson, Shabbos 24).

The Nesivos Shalom explains the importance of teshuvah on Erev Shabbos.

“As is well known, Erev Shabbos is a time for teshuvah, both because it is the end of a week – one’s actions of the past six days surely deserve contemplation – and as preparation for the advent of Shabbos. How can one possibly experience the holiness of Shabbos without doing teshuvah?

“The Sabba Kadishaof Slonim explains this by way of a statement of our sages on Shabbos 12. There we find that a person is obligated to check his clothing on Erev Shabbos before dark. The Sabbapointed out that the word for clothing, begged, also means rebellion. After a week of rebellion against Hashem, the least one can do is search out and repent his sins of the week on Erev Shabbos. Just like one must change his material clothing for Shabbos, one should also change his spiritual garb in honor of this holy day. He does this by scrubbing himself clean of all sin through the most effective teshuvah that he can do.

“We can offer a similar explanation of the mitzvah to wash one’s face, hands and feet in honor of Shabbos found in Shabbos 25. This alludes to the three segments of a person. His face alludes to his higher faculties. What he is thinking in his mind is naturally apparent on his face. His hands allude to the musings of his heart, as in ‘lift up his heart in his palms.’ His feet symbolize his actions. On Erev Shabbos, it is a mitzvah to wash away all blemishes from every part of one’s makeup. In this manner, one will accept Shabbos as is fitting” (Nesivos Shalom, Part II, p. 45).

Can a daughter-in-law insist that she doesn’t want to live with her in-laws if she fails to get along with them? Or must she submit herself to a mother-in-law’s bitter scorn?

On thisdaf,we find a shocking story of a mother-in-law suggesting to her hated daughter-in-law to anoint herself with balsam oil and light a lamp. When she followed this advice, she was consumed in a terrible conflagration.

It is interesting that we find in many sources that mothers-in-law often harbor negative feelings toward their daughters-in-law. Many may suggest that nowadays this is less usual; perhaps most mothers-in-law learn to get along with their son’s spouse.

The Ya’avetz offers an interesting explanation of thisphenomena: “Although we certainly find many cases of mothers-in-law with really terrible relationships with their sons’ wives, it seems that this comes out most when the two live together. This naturally breeds altercations, whether because of the money spent feeding her or something she may have said. Because the ‘interloper’ is so underfoot, her mother-in-law becomes disgusted with her. For this reason, those who offer parables say that one is as likely to live in the same home with her mother-in-law as a kid is to lay down with a wolf. Although there are unusual exceptions, most women cannot live peacefully while in close quarters with a daughter-in-law for long.”

The Maharam M’Ruttenburg rules that a woman who complains that her in-laws chronically insult or abuse her need not live with them. “I saw in the responsa of the gaonim – I forget which gaon – that a woman who complains that her mother-in-law or sister-in-law are making life unbearable for her by insulting or paining her can force her husband to find them a different place to live” (Shu”t She’eilas Yaavetz, I:33; Shu”t Maharam M’Ruttenburg, #81).

Camp is an interesting place to learn halachic opinions one may have never heard before. Nevertheless, not every opinion quoted by a learned camper – even in a masmidim program – can be assumed to be halacha…

A camper was once wearing tzitzis made of nylon netting. Since this is the most comfortable material during the hot summer, his family always wore it then. When he was shown that Rav Moshe Feinstein ruled that this type of garment doesn’t require tzitzis, he was shocked. Rav Moshe explains that although Rava rules on Shabbos 27 that any garment is obligated in tzitizis,this does not include nylon. Firstly, how is this material different from leather, which definitely doesn’t require tzitzis? Secondly, Rava only obligates material that is like wool and flax that must be made into thread and spun into a garment.

Later, however, the camper found that Rav Binyomin Zilber argues. He says, “One cannot forbid something new merely because an unsupported sevarah implies it is so. Since Rava says that any garment is obligated, anything similar to wool and flax is obligated in tzitizis. There are many proofs to this…” (Iggros Moshe, Orach Chaim, II:1;Shu”t Az Nidberu, VII:53-54).

SHABBOS 28: THE WORK OF HEAVEN

Rabbeinu Bechaya offers many intriguing explanations and novella, some of which teach unusual halachos. In Parshas Terumah, he explains why we don’t find silk in the Mishkan. “They did not offer silk to the Mishkan,because it was not fit to be used for this holy place. The reason silk was disqualified from use in the Mishkan is because it emerges from a sheretz, and only things that come from pure creatures may be used for holy purposes. Tola’as shoni was used despite the fact that its origin is an unclean creature, but it is an exception, since tola’as shoni was not the actual worm itself, but was made from the granules inhabited by a particular worm.”

After learning this fascinating piece, one person wondered whether one may affix silk tzitzis tasselsto a four-cornered silk garment according to Rabbeinu Bechaya. After all, how was this different than any other holy use?

When this question was presented to the Chasam Sofer, he ruled that it was obviously permitted to make tzitzis tassels out of silk. “It is explicit in the Gemara in Menachos that one may make silk tzitzis tassels for a four-cornered silk garment. We may well ask why this should be permitted. After all, do we not find on Shabbos 28 that one may not do meleches shomayim with something unclean? This question is not difficult, since there is a difference between tzitzis and things that are meleches shomayim. Tefillin, Sifrei Torah, mezuzos and building the Mishkan are all meleches shomayim. But regarding tzitzis or other tashmishei mitzvah, there is no problem even according to Rabbeinu Bechaya.

“As far as silk, which is used in shuls around the world, this does not contradict the Talmudic prohibition to use unclean things for meleches shomayim. Since they are spun and fashioned into a very different item, this prohibition does not apply. This is outside of the realm of the chiddush of Rabbeinu Bechaya” (Shu”t Chasam Sofer, Part I, # 39).

Cooking on Yom Tov is somewhat challenging, since it is forbidden to extinguish a flame or heating element. If there is another choice, most prefer not to leave their oven on the entire day, especially if the heat source is gas. But what choice does one have?

One posek suggested that one may turn off the main gas tap that leads to certain ovens on Yom Tov. He reasoned that if turning off the gas does not cause an immediate difference in the flame, this is not direct extinguishing and may be permitted on Yom Tov.

The vast majority of poskim disagreed. The Tzitz Eliezer cites a statement on Shabbos 29 as a proof against this leniency. “On Shabbos 29, we find that one may not perforate an egg shell with oil in it to allow it to drip into a lit lamp even from before Shabbos. Our sages forbade this, lest a person take from the oil on Shabbos. Although it is certain that the missing oil will not affect the flame immediately, this is still considered the same as taking the oil from a lamp in which the flame is burning. Rashi explains that since all the oil in the eggshell is set aside for the lamp, removing some is considered extinguishing. Clearly the same is true regarding a gas oven. The gas is also set to be used to keep the flame running, as it would if it were not to be extinguished. It is obvious that this is forbidden on Yom Tov” (Shu”t Tzitz Eliezer, VI:6).