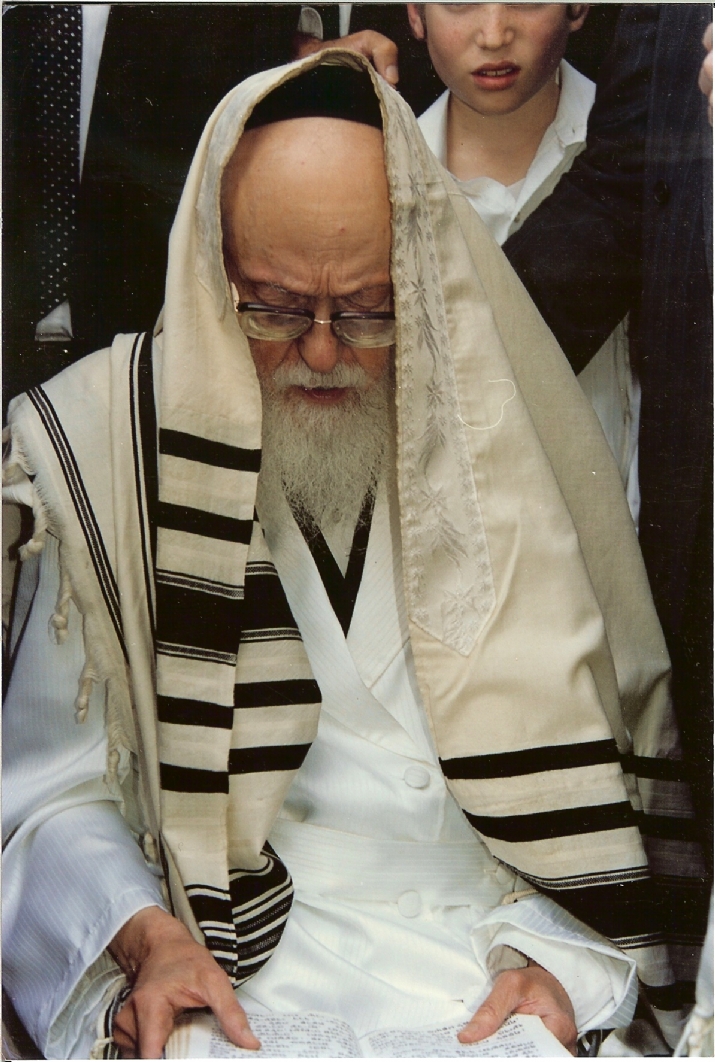 This daf discusses the prohibition against trapping on Shabbos.

Dealing with insect infestation is a big pain. It can be quite a coup to catch the bugs before they have a chance to breed and prevent infestation from the outset. One way to do this when faced by an incursion of ants is to pour water or another liquid that repels them just as they are about to enter one’s home. That way, the ants can’t get around the liquid and are easy to kill before they can make an escape.

When one person noticed ants encroaching on his home on Shabbos, he quickly poured water around them and avoided dealing with them until later. But then he wondered if this had been permitted. After all, it is generally forbidden miderabbonon to constrict a creature’s movements even if it is not actually trapped. Why should limiting the movement of ants be different?

When this question was presented to Rav Nissim Karelitz, he pointed out that it is not a simple matter. “After superficial consideration, one is likely to permit this, since ants are so slow compared to humans. Perhaps an ant is already considered trapped and surrounding it with water or some other liquid which is not muktzah is not even rabbinically forbidden.

“On the other hand, pouring the water around the ants keeps them trapped and they cannot leave the area or hide, even many hours later. Perhaps due to this, putting water around them constitutes trapping min haTorah” (Chut Sheni, Shabbos, Part I, p. 131).

On thisdaf,we learn about the detrimental effect of touching various orifices and objects before washing negel vasser first thing in the morning. Rashi explains that a ruach ra rests on one’s hands until he washes.

The Sefer Toldos Adam reports that Rav Zalman of Volozhin zt”l had an interesting practice to avoid getting this ruach ra on his hands: He would go to sleep wearing mittens. If he didn’t have gloves available, he would pull his long sleeves over his hands as he slept. In this manner, he was able to begin learning immediately after he woke up.

The Nimukei Orach Chaim contests the veracity of this story.

“At first glance,” he writes, “I thought that, perhaps, he holds like the Rishonim who don’t mention ruach ra when discussing washing in the morning. But then I realized that this is impossible. The Shulchan Aruch rules clearly that one must wash each hand three times, alternating hands. As the Vilna Gaon writes there, this shows that the Shulchan Aruch holds like the Zohar Hakadosh, who requires one to wash in just this mannerto remove ruach ra from one’s hands.The Shulchan Aruch even raises the possibility that there is a ruach ra on his hands if he slept during the day as well.It is therefore obvious that this anecdote must be an error, for how can we say that Rav Zalman of Volozhin would ignore an explicit seif in Shulchan Aruch? Hashem should save us from errors and drawn a spirit of purity upon us!”

The author of the Soles Belulah answers an obvious and compelling question regarding a statement on this daf.

“Chazal say that if one puts his hands on his eyes before washing negel vasser he goes blind. If he places his hands on his ears, he becomes deaf. We also find other negative effects of when one touches his mouth or nose. Yet, we do not find anyone who ever had such a catastrophic effect by touching any of these orifices. This statement taken at face value is very difficult to understand, since one’s senses and all experience apparently indicate that being touched by the hands of one who has not washed is not dangerous in the slightest.

“This can be explained when we realize that these statements are not to be taken literally in the simple sense. What they mean is that one who touches his eyes or ears before washing blinds his ability to perceive the beauty of Torah. At the very least, this blunts his spiritual perception.”

Interestingly, the Ben Ish Chai asserts that since this ruach ra is so powerful and hard to remove, “if one who didn’t yet wash even touches the hands or hand of one who has, the one who has already washed must wash his hands again.”

When someone asked Rav Yosef Shalom Elyashiv zt”l about whether he should wash again in this situation, he did not reject the idea completely. Rav Elyashiv answered, “There certainly is an inyan to wash again” (Soles Belulah, siman 4, se’if koton 3; Ben Ish Chai, Toldos, se’if 12; Vayishma Moshe, p. 13).

SHABBOS 110: THE BITE OF THE SNAKE

On this daf, we find that one who removes a fence erected by the sages will be “bitten by a snake.” This phrase is actually a verse in Kohelles. Its application here and in other places implies that one who violates a rabbinic ordinance is more prone to punishment in this world than one who transgressed a Torah commandment. This is even more explicit in Eiruvin 21, where we find that one who violates the words of the sages is liable to the death penalty, and it is based on the very same verse.

The Maharal explains why this should be so.

“The mitzvos of the Torah are completely beyond human grasp,” he says. “If one violates a commandment, his punishment will often be in the next world, which is G-dly. There, the source for the mitzvos will be revealed. Even if he is punished in this world, the punishment often waits. But rabbinic decrees are dictated by human intellect, which is something everyone can understand and which we naturally can grasp. Therefore, one who violates rabbinic decrees is more prone to being punished much quicker.”

Rav Yonason Eibshitz gave a much simpler reason: “Refusing to obey the order of even the highest in the land deserves due process. Perhaps the person did not understand or was not in his right mind. But if one is ordered by a soldier to halt, he must obey immediately. Disregarding a soldier who warns that he will shoot if one enters a forbidden area can get one shot and killed!”

SHABBOS 111: A NATION OF PRINCES

Rav Nosson of Breslov conveys potent chizuk based on a statement on thisdaf.     “Whenever one hears about the greatness of tzaddikim and feels inspired, his enthusiasm tends to be doused by depressing thoughts like, ‘Who can compare to So-and-so, who was a great tzaddik? Surely he had a great neshamah from his youth, very different from my own lesser soul!’

“These thoughts stem from the mistaken belief that the tzidkus of tzaddikim is primarily due to their lofty souls. The opposite is true, however. The main way that a tzaddik ascends to greatness is through putting in a lot of hard work serving Hashem over a long period of time, day after day, year after year. Tzaddikim also have discouraging thoughts, just like the rest of us, but they never allow themselves to give in to them. Instead, they encourage themselves and keep begging and pleading with Hashem for help. This way, they eventually reach their lofty level.

“Every person can do as they do and attain what they attain. Every Jewish soul is holy. We are all called bnei melachim, princes,in Shabbos 110. Everyone must believe and know that every Jewish soul is elevated and precious, and that every Jew can attain the highest levels. If only we strengthen ourselves to ignore discouraging thoughts and work as hard as we can without feeling unhealthy pressure, we will soar to the highest heights” (

SHABBOS 112: THE RISHONIM AND US

The Satmar Rov zt”l explains a famous statement on this daf that can be very difficult to understand.

“The answer is that it depends on us. If we feel that the rishonim are like angels, then we are like human beings. But if we think they are like mere humans, we reveal that we ourselves are in such a constricted state of consciousness that we can be compared to donkeys. And not the donkey of Rabbi Pinchas ben Yair, either…”

Once, the Chasam Sofer was sitting at a gathering of rabbonim when a question of why the Rambam neglected to mention a certain halacha was asked. Each luminary gave a different brilliant answer as to why either the Rambam didn’t hold of this halacha or that he does somehow allude to it in the Mishnah Torah. One of the rabbonim present was something of a Maskil, though the others didn’t know it. He had a much simpler resolution: “I don’t see what you are getting so upset about. The Rambam was a human being. Why not assume that he forgot to mention it?”

The Chasam Sofer was noticeably astounded by this answer. He looked at this rabbi in amazement and blurted out, “If this is your attitude, it shows that you are a donkey!”

Everyone was astonished by the Chasam Sofer‘s response. All knew that he never insulted anyone, ever. For him to speak so harshly was unthinkable!

When he noticed their surprise, he defended himself. “This is not merely a matter of personal opinion,” he said. “It is an explicit Gemara in Shabbos 112…” (Agaddos Maharit, Part II, p. 237; Gishmei Bracha, p. 641).

The Alter of Kelm explains the significance of every action, even when we don’t mean it.

“We see from Megillah 12 that although the generation that bowed to the image while under Nevuchadnetzar’s rule did not bow to it as an act of heartfelt worship, but merely did so in action, it was still held against them. And if not for Mordechai and Esther, the tinokes shel bais rabbon, and everyone’s fasting and praying, who knows what could have happened, chas veshalom!

“This explains a puzzling statement in Shabbos 113. There we find that if something looks like arrogance, it is forbidden. I always wondered about this. Why should how something appears make any difference? The answer is that how the action appears, not only the kavanah, is itself something that must be reckoned with. Just like Hashem held the Jewish people culpable for bowing even though they were forced and meant nothing by it, simply because of appearances, the same applies in all other cases”(Chochmah Umussar, Part I, p. 180-181).