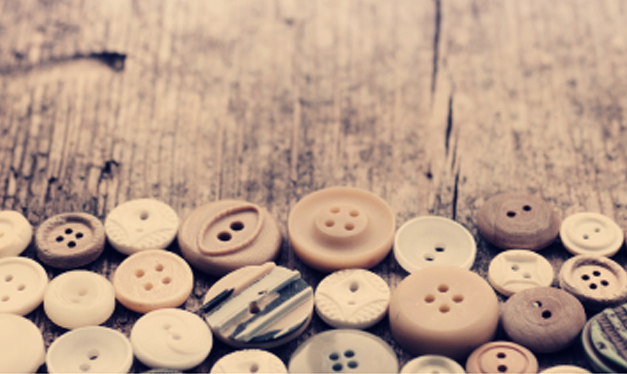 We are now in the period known as the Shivah Denechemta, the seven weeks of consolation, which follow the three weeks of mourning. These seven weeks, culminating with the Yomim Noraim, are a time of contemplation, as we review our past and draw conclusions for the future. Although the word nechomah means to console, the state of consolation is not simply achieved. To arrive there, the mourner contemplates the loss, reviews the past, and determines how to carry on in the future. That is accomplished by coming to terms with what transpired, appreciating what is not here, and realizing that a new perspective is needed to be able to continue leading a successful life.

While the Shivah Denechemta are commonly perceived as being designed to console for the loss of the botei mikdosh, these seven weeks of nechomah are also part of the teshuvah process we will now undergo.

The relaxed pace we have been enjoying the past few weeks represents an excellent time for introspection; considering the state of our lives and the choices we have made, which will lead us to nechomah as we make resolutions for the future.

This week’s parsha (Devorim 11:26-28) states, “See, I am giving you today blessings and curses. You will be blessed if you listen to what I command you today. The curse will befall you if you do not follow the mitzvos of Hashem and veer from the path that I am commanding you today.”

The language of the posuk is intriguing, for it doesn’t say that Hashem will bless those who follow the Torah and curse those who ignore it. Rather, it says that you will be blessed if you follow and cursed if you don’t.

The Medrash Rabbah quotes Rabi Elozor, who says that after Hashem revealed the mitzvos asei and mitzvos lo sasei at Har Sinai, He no longer delivered reward and punishment on a one-by-one basis. Rather, one who sins is automatically punished and one who acts properly is automatically blessed. The nature of the world changed. It is now built into the briah that a sinner is confronted by evil, while the good person can expect good in his life.

Thus, we understand that Hashem is advising us and reminding us of how to gain a blessed life. If you engage in immoral pursuits that provide you with immediate gratification, know that the enjoyment is only temporary and that you’ve caused yourself to be subjected to curses and unfortunate happenings in the future. If you are thoughtful, honest and proper, and suppress your urges for improper pursuits, you may forgo a fleeting pleasure, but you will have gained for yourself much good and blessing.

Someone once asked the Steipler Gaon how it is that people can merit salvation and blessing without asking for it. For example, a person was driving on an icy road when it slid and was about to roll down the embankment. Catastrophe seemed imminent, but the car miraculously stopped at the cliff’s edge. The driver didn’t have the time or presence of mind to ask for rachamei Shomayim. The questioner wondered where the hashpa’ah of chessed that saved the driver’s life came from.

The Steipler explained that the person or the parent of someone who merits a miracle, rose above a particular nisayon. Overcoming a nisayon is a means of acquiring a miracle and placing it in reserve, so to speak, for when it will be needed.

A person rises above their nature by recognizing Hashem’s dominion over the world and acceding to His wishes. When the person does that, he creates a corresponding effect in Shomayim, and Hashem will block nature for that person to show that He controls the world.

Mitzvos create a life of blessings. By accepting Hashem’s rule, people earn nissim, which sit in their account until they are needed.

Parshas Re’eh is read every year at the onset of Elul, the month of introspection, when we seek to achieve blessings and good lives for ourselves and our loved ones. The parsha reminds us that the way we think and act affects us. Just as we can expect to become ill if we were to ingest poison or eat foods that are unhealthy, so too, engaging in acts that the Torah frowns upon brings scorn to man.

It is interesting that each one of the three pesukim quoted above adds the word hayom, today. There is clearly a lesson here for us. Perhaps the pesukim are cryptically telling us that we should feel as if we are being taught this lesson each day anew. We should view each day as if it is the day Hashem commanded us what to do and what not to do. We should understand the lesson that the observance of mitzvos enhances our lives and their negation causes grief and pain for those who ignore them.

The way to achieve this mindset is by disciplining our thought process to contemplate and consider our path, wondering where we are headed and whether there are changes we could make that would enable us to be on a better path and accomplish more.

Rav Elchonon Wasserman travelled to America in the 1930s to raise funds for the Baranovitcher Yeshiva that he headed. Someone suggested that he visit an old childhood friend of his who had come to America and found success in the garment industry.

The rosh yeshiva went to visit this old friend, who was overjoyed to welcome him. Rav Elchonon was dismayed to see that his old cheder comrade was living a life devoid of Torah and mitzvos, but he waited for the opportune time to express his grief. He dutifully followed around his old friend, as he proudly gave him a tour of the large factory and its various machines. Finally, they returned to the boss’s office. “Nu, Reb Choneh, how can I help you? What brings you here?”

Rav Elchonon showed the industrialist his frock. “My buttons have become faded and brittle,” he said. “I thought you could help me replace them.”

The owner jumped up and led Rav Elchonon to the tailoring room, where new buttons were affixed.

“But really, why did you come to America?” the owner asked.

“For buttons, I told you,” Rav Elchonon.

The owner was bursting with curiosity, but Rav Elchonon would say no more.

A few days later, the garment manufacturer showed up at Rav Elchonon’s lodgings, eager to speak with him. “My friend, please tell me why you came here. I must know. It can’t be that you crossed the ocean and came to America just to fix the buttons on your coat. There has to be a better reason. I can’t figure out what it is.”

Rav Elchonon looked at him for a while and then said, “Do you remember anything from cheder?”

“Sure,” the gentleman responded.

“Do you remember the Gemara in Chagigah that tells of the distance between heaven and earth?”

“You are correct in assuming that I would not undertake a long, exhausting journey across the ocean merely for some buttons, just like I can’t accept that your neshomah traveled such a long distance not for Shabbos, kashrus, Torah or tikkun hamiddos, but just to make buttons!”

Rav Elchonon forced the man to think about the past and the present, and how much he had veered from the life he led in the old country. By discussing the buttons, he sought to encourage the old friend to contemplate his future and rearrange his priorities. He sought to enable him to achieve nechomah.

The middah of maximizing life, living with cheshbon hanefesh, and maintaining a drive to spiritual accomplishment should define every Torah person. Two icons who exemplified this attitude passed away last week. Shlomo (Steven) Hill and Rebbetzin Esther Jungreis understood the value of each moment, the potential of each soul, and the power of words.

Steven Hill rose to the apex of secular achievement through using the medium of word and expression. He was a born entertainer, who had the ability to connect with people, stimulate their minds and emotions, and call forth laughter or tears. When he began contemplating his existence and found his way to the truth, he forged a new path. He wasn’t a young man, but he persevered, clear and certain about his goal. He pursued the truth and didn’t let it go.

He reinvented himself, moving to quiet Monsey to raise a family in tranquility. He moved away from the whir of Hollywood to serve Hashem with a pure heart. Over the years, he funded many projects, but few knew of it.

His son once asked his famous father how he kept his charitable acts secret. Reb Shlomo pointed upwards and said the two words that were his motto: “He knows.” Nothing else mattered. Once he achieved the clarity that comes along with truth, the ratings, crowds and reviews no longer held the same allure.

Rebbetzin Jungreis used dynamism, charisma and energy to convey her message. She had seen the worst of man during the Second World War and experienced pain and destruction. Considering what she had witnessed and pondering her future fueled her determination to reach lost souls. She achieved her nechomah through indomitable will, a burning drive, passion and enthusiasm. From then until her passing, she taught and preached faith and optimism. She lived a life of Torah and earned a blessed life.

Across an ocean, the world shook. An Italian town that stood for centuries was destroyed in a flash in a horrific earthquake. We mourn the loss of life, the pain and destruction. The pictures that depict what transpired provide us with the inspiration to contemplate Hashem’s might. In a moment, the world of thousands came crashing down.

As Elul approaches and the fickleness of man and his journey comes into focus, we clear our minds, take a deep breath, and prepare for the intense days that await us. Nechomah.

Those who came before us discovered how temporal this world and its successes are. They devoted their lives to internalizing the Malchus Hashem, following his mitzvos and embodying his middos. They knew what was consequential and what was trivial. Their lives centered around creating blessings and miracles for themselves. We still live off the accounts of the avos, imahos and our parents and grandparents throughout the ages.

Like them, we can also be great. We can also contemplate why we made the journey from beneath the Kisei Hakavod and thus be blessed with life. We can achieve true nechomah. All we need to do is “Re’eh,” to see for ourselves our situation and potential and then start living.