Seeing the Hand of Hashem 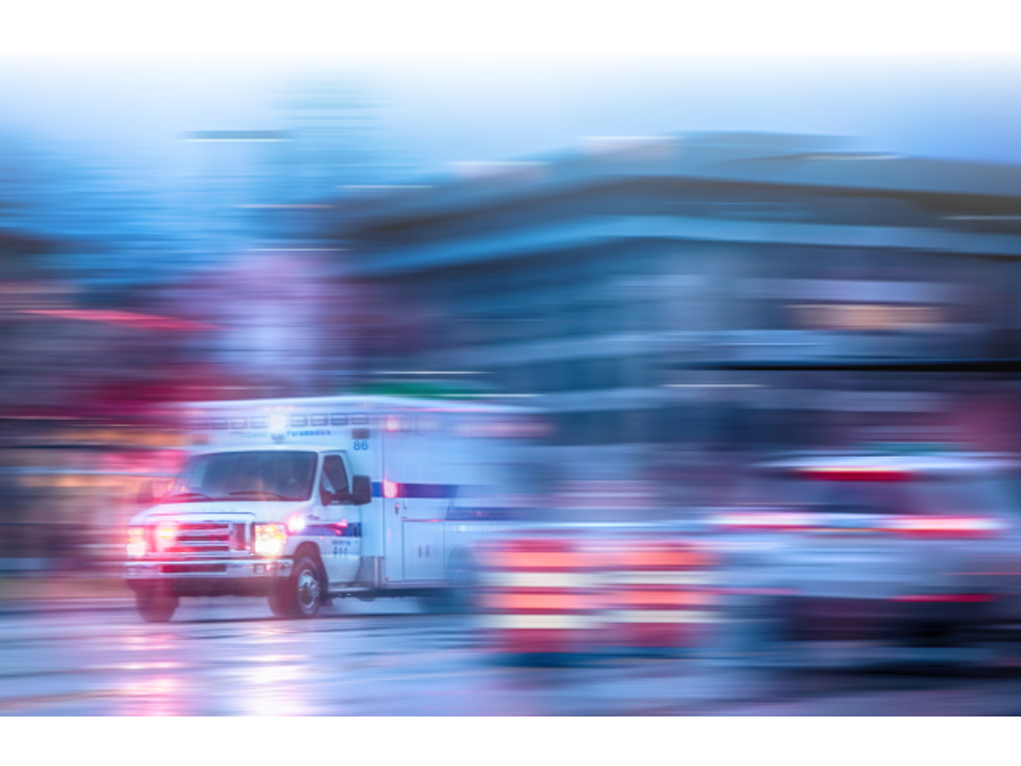 It takes just a moment. You don’t even realize while it is happening, but then, in an instant, you give a shout.

I was in my kitchen late Sunday night, following a recipe. The immersion blender was stuffed with dry ingredients. They were clogging the blade. For a second, I thought to myself, “Let me unplug the machine.” But I didn’t. Big mistake.

I put my finger in to scoop out the thickened flour and somehow the machine went swirling. I screamed for my husband to call Hatzolah. I will spare you the details, but suffice it to say that we were standing outside with a towel wrapped around my finger, holding it up towards the sky.

In just a few moments, the sounds of sirens were heard. We sat in the ambulance and I was afraid to look. No question about needing stitches and an examination. We just had to decide on the hospital. I kept giving my husband brave smiles, but I had no idea about the damage done. And yes, it was painful.

The Hatzolah volunteers raced us to the emergency room. They brought us in and, with their kind demeanor, reassured us that all will be’ezras Hashem be well. Now what?

All around, there were people waiting to be helped. Police were clustered in one room guarding a crime victim who was in serious condition. Some people lay moaning on stretchers. This is going to be a long night, I thought to myself.

The Hatzolah crew took care of getting me checked in. After a few moments, they returned.

“Unbelievable. The doctor who is here on call tonight is a wonderful plastic surgeon. He is a frum doctor from the local community. And guess what he specializes in? Hands!”

I was overwhelmed with hoda’ah.

“I can’t believe it,” my husband said. “I know him. We used to daven in the same shul together as kids.”

Even more unbelievable, because the shul was in Sao Paulo, Brazil, where they both grew up.

The doctor was examining another patient, a zaidy who had stumbled on a crack in the sidewalk while visiting his family.

I was settled on a stretcher bed, still holding up my heavily bandaged finger.

“Is the pain terrible?” asked my husband.

“I must tell you something,” I added. “It’s hurting. But I keep hearing my mother’s words in my head and they’re making me feel much better. I remember how my mother would teach that when Yosef was taken down to Mitzrayim, Hashem made sure that the caravan didn’t have the usual smelly tar. Instead, there were sweet spices that gave Yosef comfort. Even in the tzaros, he could see Hashem’s Hand and he knew that he was being watched over. So here we are in this emergency room late at night. I still don’t understand how I did this. But look at the doctor who is here on call tonight, a plastic surgeon who is a hand specialist and you know him from when you were kids. What an incredible shliach. And that makes me feel better.”

Shortly after, it was my turn to be seen. Bechasdei Hashem, I was helped and will heal. We were finally ready to return home.

Waiting in the parking lot for our cab to arrive, the family we had seen in the ER walked by. We exchanged “trauma stories.” Despite the late hour, they graciously offered us a ride home. Mi ke’amcha Yisroel. But we had already called the taxi.

A few moments later, they returned to share how much they missed my dear mother a”h. The bubby recalled listening to my mother’s words over 30 years ago in an out-of-town community and still never forgot the message.

That very night, my mother’s message and teachings were resonating within me and giving me chizuk.

It had been a difficult day. Early morning, we stood in the bais hachaim for the hakomas matzeivah of my mother. Each step of aveilus reveals yet another layer of grief. The distance from that tragic moment of loss grows wider and yet the pain sears the soul. One yearns for another conversation, another Shabbos meal together, and another brocha. There is always “another” that will never be. But if we can hold onto a legacy of emunah, of life lessons that infuse us with strength, then we know that the neshamah is always with us, guiding us, inspiring us, being meilitz yosher for us. And that, in itself, is nechamah.

Throughout my life, every time my mother wrote a card to us, she would add the words “venafsho keshurah benafsho” before signing “Ema.” My mother explained that throughout the terrible darkness of Bergen-Belsen, and then, later, when taken to D.P. camps in Switzerland, my Zayda would constantly whisper these loving words: “Venafsho keshurah benafsho. Mein lichtege kind, never forget. You are never alone.”

Sunday evening, my Zaydah’s words echoed in the night. His legacy of love that was transmitted to my mother remained to soothe the soul of the next generation.

As we go through the months of Tammuz and Av, let us not despair from the churban.

Let us always remember these three words, “Venafsho keshurah benafsho,” as Yehuda so poignantly said as he tried to explain the soulful bond between his father, Yaakov, and his beloved brother, Binyomin. This is the unbroken kesher that has survived the centuries.

We are never abandoned. We must only see Hashem’s Hand in our lives and know that we are being watched over by Avinu Shebashomayim.