Scapegoats Of The Carmel Fire? 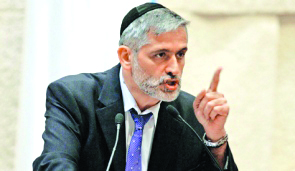 Fifteen months ago, Israel suffered the worst forest fire of its short history. The Mount Carmel Disaster, as it is known, claimed 44 lives and raged four days (2-5 December, 2010) before being finally put out with the help of the army and fire services of other countries. In addition to the loss of life, over 17,000 people were evacuated and there was extensive property and environmental damage including 12,500 acres of forest burnt to charcoal. In situations like this, it is always good to find a scapegoat.

Helpless in the Air

For past decades, Israel’s Fire Department has complained of a drastic lack of personnel and modern fire-fighting equipment. For air support, the department has relied on privately owned crop spraying light planes. The use of army helicopters ceased in 2000 after the army complained that fire and smoke were damaging the helicopters’ airframes. During the Carmel fire, international newspapers found it paradoxical that a country with one of the finest air forces in the world lacked the will and the budget to supply its fire fighters with up-to-date air tankers.

Who was responsible for all this? A tragedy of such dimension demanded culprits and people were not long in finding them.

Immediately after the fire, the Movement for Quality Government (an organization that describes itself as “a citizen watchdog organization and peerless advocate for public accountability and the rule of law”) placed an appeal with the Supreme Court demanding the resignation of Minister of the Interior, Eli Yishai, for not addressing the failings of the fire department under his jurisdiction. If he refused to leave office, the court should instruct the Prime Minister to fire him, they said. In addition, they demanded that the Prime Minister, as well as the Ministers of Defense, Interior, and Finance, should take action to rectify the inadequacies of the fire department discovered time and again during inspections and investigations and complained about in past comptroller audits.

“One of the worst problems in the conduct of our elected officials is their lack of personal responsibility for their actions,” the organization’s head complained. “There are countries where a minister responsible for an inadequacy that occurred in his area of jurisdiction tenders his resignation. Sometimes this is accepted and sometimes not, but the message is clear: a minister with great responsibilities, say for people’s lives, must accept responsibility in unusual or tragic circumstances, sometimes, even when he is not the only guilty party.”

At the same time, heavy criticism came from a senior government source. Ironically, during the month of the Carmel Disaster, State Comptroller, Micha Lindenstrauss, was putting the finishing touches on an audit concerning Israeli’s firefighting potential. It was titled: “The Readiness of Fire and Rescue Services in the Event of Emergency.”

Mostly written before the Carmel Fire, the report blasted Minister of the Interior, Eli Yishai, and Minister of Finance, Yuval Steinitz, for not coming up with sufficient funds and not forming a properly manned and modernly equipped firefighting force. Worst of all, the audit complained, was the lack of national coordination. It was vital to unite the country’s patchwork of regional firefighting services into one one national organization. Due to the failings of civil defense so glaringly obvious during the Second Lebanon War [2006], Israel could not afford the luxury of complacency. Wars and mass disasters might easily erupt in the future.

“But unfortunately,” he wrote, “investigations indicate that the firefighting service… not only failed to improve since the Second Lebanon War, but even worsened to the extent that it is in danger of collapse in emergency situations.”

Regarding who was to blame, the comptroller went right to the top.

“I feel right in warning the government and Prime Minister of this continuing inadequacy, for which the Ministery of the Interior and its Minister [Eli Yishai] are chiefly responsible,” he wrote. “We must immediately cease delay in dealing with the fire and rescue services and ministers must stop blaming each other for the situation… To our sorrow, in recent days we have witnessed the misery and pain that resulted from the giant fire that raged in the Carmel…”

“The Audit found that the Fire Commissioner issued warnings several times in 2007-2009 to the previous Interior Minister, MK Meir Shitrit, who was in charge of the fire services, and before the Deputy Prime Minister and Interior Minister Eli Yishai, who is responsible for firefighting services, and before the Ministry of Finance about the severe situation and all the inadequacies of the firefighting services,” he wrote. “But in practice, there was no real change in the situation.”

The government did do something. It decided to establish a National Authority for Firefighting and Rescue in 2008, and then, when nothing was done by June 2010, the government decided to make another decision.

“Mr. Eli Yishai, who serves as interior minister from April 2009, actually warned the prime minister about the condition of the firefighting services,” the comptroller wrote. “But only in July 2010, after the conclusion of the audit, did the Government reach another decision regarding the ‘improvement of the firefighting services’ and by then, as before, no real progress was made.”

For his part, Yishai claims that he was one of the few who often warned against the fire services’ inadequacy. He fought to increase its budget and succeeded in easing 100 million shekels from the coffers of a grudging Finance Ministry, only to have the money held up by bureaucracy. Recently, he presented the comptroller with a raft of papers and documents substantiating his claims.

It is clear that the State Comptroller had Yishai and Steinitz in his sights before one leaf of the Carmel Forest burst into flame.

After the Carmel Disaster, the comptroller began preparing another audit devoted to the fire, sending thirty workers of his office to meet with relevant officials and speak to victims’ families. The draft version of this audit was due this week. Sections leaked last week reportedly placed “special responsibility” for the fire on Steinitz and Yishai. The comptroller recommended their removal due to their inadequate financing and developing of the fire services, although, according to one source, the comptroller will not actually call on them to resign, but rely on public pressure to force Netanyahu to fire the ministers from their posts. The comptroller is also expected to place ministerial, but not personal responsibility on Netanyahu, Internal Security Minister Yitzchak Aharonovitch, and Defense Minister Ehud Barak. Comptroller officials explained that his aim is to set a new standard of responsibility for elected officials in line with that of other western democracies.

But Yishai and Steinitz insist they have no intention of resigning.

“The comptroller is presenting a standard whereby a minister who does not threaten to immediately quit and break up the government is guilty,” people close to Yishai insisted. “According to this standard, [Minister of Civil Defense] Matan Vilnai should quit immediately because there are insufficient civilian gas masks and [Health Minister] Litzman should quit because there aren’t enough hospital beds.”

“The Carmel tragedy was because of the inadequacy of local officials,” Yishai said at the dedication of a police/fire/first aid emergency center in December. “My conscience is clear. Plenty was done. Before my candidacy, no one ever did a fraction of what I did. To get things done and receive a budget of a hundred million shekels despite the Treasury’s opposition was something never achieved in the past.”

And in a petition he handed to the Knesset’s State Control Committee Yishai stated, “In light of the personal conclusions likely to be included in the report, I feel I was mistaken in my past objection to a State commission of inquiry. It’s impossible to reduce years’-worth of past government failures to the ‘beheading’ of two people.”

If he goes, Yishai insists, the whole government, including its leader, Netanyahu, must go with him.

Yishai announced that he will lobby having a State commission of inquiry investigate the matter; but the likelihood of the government agreeing to go over the head of the State Comptroller is slim.

“The things published this morning are absurd,” sources close to Steinitz said. “There is no connection between reality and that which was written. The Finance ministry transferred NIS 100 million ($26.6 million) to the fire services and they were held up at the Interior Ministry because of bureaucracy in the ministry and the fire services. The allegation that the funds were not transferred is not true and that’s a fact.”

This week, senior officials involved with the Carmel Disaster were expected to receive almost completed audits from the comptroller and the full report is due to be publicized in March. Meanwhile, Yishai and Steinitz have hired legal council to avert legal hazards and help deflect what they conceive as an attempt to portray them as national scapegoats.