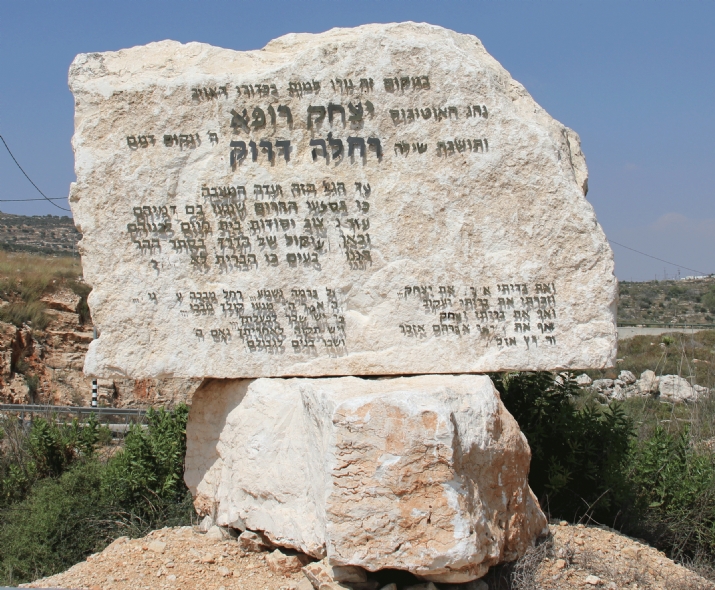 This Monday, the Supreme Court announced that the Beit Ulpana neighborhood of Beit El that was supposed to be razed on May 1st has been given a week of breathing space. Next week, the court said, it will decide whether to extend the deadline. Government under Threat The right wing of Israel's government is becoming more aggressive in its defense of the West Bank. By the beginning of last week, Minister of Defense, Ehud Barak, was under fire for his aggressive stance on Jewish settlements in Yehuda and Shomron. During a visit to Ulpana, Transportation Minister, Yaakov â€œKatzeleâ€ Katz, said that Barak had â€œtaken the Defense Ministry and made it a political tool at the expense of the settlers.â€

“If Barak works against the government’s position, the Prime Minister must fire him. He took the Ministry of Defense and turned it into a political tool at the expense of the Jewish residents. There are other ways to gather votes. I came here to express a clear position that the houses should not be destroyed. It is necessary to update the government’s position regarding the Ulpana neighborhood.”

He also complained about Barak’s forced evacuation of the Machpeilah House in Chevron and said he was trying to establish a Ministerial Committee for Settlement Affairs to decide such affairs in order to sideline Barak and reduce his influence. Barak has been accused of diverging from government coalition interests in order to score points for his unsuccessful Independence Party. According to polls, if the election took place today, his party would not reach the election threshold.

Coalition ministers warned Netanyahu that if the Beit El neighborhood was destroyed on May 1st, his coalition would implode. By the time the set for the destruction of Givat Assaf several weeks later and Migron on August 1, the government would no longer exist. They pointed out that the Israeli public still has nightmares from the forced exile of Gush Katif and the failure to resettle the exiles for the past seven years. They also rehashed the plan of pushing through legislation whereby buyers can retain property if owners make claims to bought land after several years.

Netanyahu had already stated that “we will find a solution” to Ulpana, although it was not certain what he had in mind. On Monday, even Barak made a turnabout, suddenly ordering his office to find some way to legalize the Ulpana neighborhood. Only the day before, he had been talking of the possibility of tearing it down. Obviously, he was feeling the heat.

Meanwhile, events were taking a positive turn on another front. Last Sunday, Netanyahu appointed a ministerial team comprising himself, Defense Minister Ehud Barak, Minister of Strategic Affairs Moshe Ya’alon and Minister Benny Begin, to legalize the status of three small West Bank communities, Sansana, Recheilim, and Bruchim. The three towns were approved by the next day. Built in the ‘90s with government approval, red tape had deprived them of legal status up until now.

Bruchim, Sansana, and Recheilim are three frum settlements in the Shomron area, each with its own story of dedication and patience. Recheilim was founded in 1991 in response to the murder of two local Jews, Rochel Weiss, a teacher in a Beis Yaakov of Teveriah, who died heroically trying to save her children after their bus was set ablaze by terrorists in the Jordan Valley, and Rachelah Druk who was killed down the road from where Recheilim is located. The place started out as an army outpost and a religious college and was joined by a single family who lived there in a tent. More families arrived and after years of lobbying, they were provided with caravans and permanent housing. At present, Rechelim has fifty families, Beruchim has a hundred, and Sansana has sixty.

“The approval corrects an injustice and it is good that it has been done, even if belatedly,” said Shomron Regional Council head Gershon Mesika. “Hundreds of civilians were held hostage and were for years subject to the eccentricity of the politician Ehud Barak, who refused to sign the master plans of large communities that had been established and built by the State. We expect to finish the process and that the injustice will be corrected.”

But MK Aryeh Eldad (National Union) suspected the legalization of the three settlements was a government ploy.

“There is a fear that today’s message regarding the legalization came to prepare the ground to destroy Migron, the Ulpana neighborhood in Beit El and Givat Assaf,” he warned. “Netanyahu must know that no one among those who are faithful to the Land of Israel will buy more of these tricks.”

It goes without saying that the international community did what they always do when Israel does anything proactive in the West Bank.

Palestinian UN observer Riyad Mansour denounced the government’s move as an attempt to entrench “its massive network of illegal settlements” and called on the Security Council “to act immediately to address these continuing illegal, grave actions by Israel.”

“We are obviously concerned,” State Department spokesperson Victoria Nuland told reporters. “We don’t think this is helpful to the process, and we don’t accept the legitimacy of continued settlement activity. We make this case every time we have an incident like this that it is not helpful to the process — it doesn’t get us where we need to go. We will continue to raise it as we have.”

It did not help that U.S. envoy, David Hale, was touring the region on one the regular efforts to revive the peace process. Jordanian Foreign Minister, Nasser Judeh also condemned the legalization of the towns, as did France and the United Nations via Secretary-General Ban Ki-Moon. Catherine Ashton, the High Representative of the European Union for Foreign Affairs and Security called on Israel to reverse its decision, saying that “settlements are illegal under international law, an obstacle to peace and threaten the viability of a two-state solution.”

Enemies of Israel argued that through this decision, Israel has effectively created the first new Jewish settlements in over twenty years.

APPEAL TO THE COURT

Last Friday, as the Ulpana destruction evacuation deadline drew perilously close, the State Attorney appealed to the Supreme Court asking for a ninety-day delay to provide the government with more time to search for a legal solution to the community’s quandaery.

A statement to the court said that the “overall high priority of dealing with construction on private land” would continue. However, “according to the new principles, each and every building should not be examined narrowly, and priorities for enforcement cannot be set in Judea and Samaria without seeing the whole picture.”

Although the community has turned to the Yerushalayim District Court to try and prove they are the legal owners of the land, this would certainly not have solved their dilemma by the May 1st deadline.

Happy with the government’s appeal, the residents of Ulpana said in a statement that “all government officials now understand that the Ulpana neighborhood is just the tip of the iceberg of 9,000 housing units in Judea and Samara that the government must find solutions for. In any case, in the Galil, the Negev, East Yerushalayim and throughout the free world, flourishing neighborhoods are not razed to the ground, even if the government made a mistake and established a neighborhood on land where [legal] arrangements had not been made.”

Attorney Michael Sfard, legal advisor of Yesh Din, the leftist organization that condemned Beit Ulpana in the first place, said in response to the appeal that the government of Israel has declared war on the rule of law and the court. “No citizen could reopen a file in which a verdict was given and the state’s request breaks all the rules of the game. To help settlers steal Palestinian land, the government is willing to crush even the most fundamental values upon which Israeli society is built.”

On Sunday, a group of about forty journalists from leading media outlets visited Beit Ulpana.

“Ten years later someone comes along, waving a piece of paper and saying, ‘It’s mine,’” Judy Simon, coordinator of Beit El Tourism, told the journalists. “It’s a pivotal case, because it’s something that could, G-d forbid, happen anywhere in Israel and then every homeowner is at risk.”

Meanwhile, the Jews of Migron are still living under the shadow of an expulsion order by July 15. Nationalistic Knesset members continue to seek ways and means of circumventing the Supreme Court order by legalizing the community through new laws. In the event that the present houses of Migron are destroyed, the Cabinet approved a temporary site in West Bank on Sunday for them to relocate to.

During the decision, Likud members who reside in the West Bank demanded that “the time has come for an all-inclusive and just solution to the problems of buildings in Judea and Samaria instead for acting like firefighters putting out fires. It is clear to everyone that sooner or later the government will take sovereignty over Judea and Samaria, so why wait?”

It’s time for Israel to make some new laws.