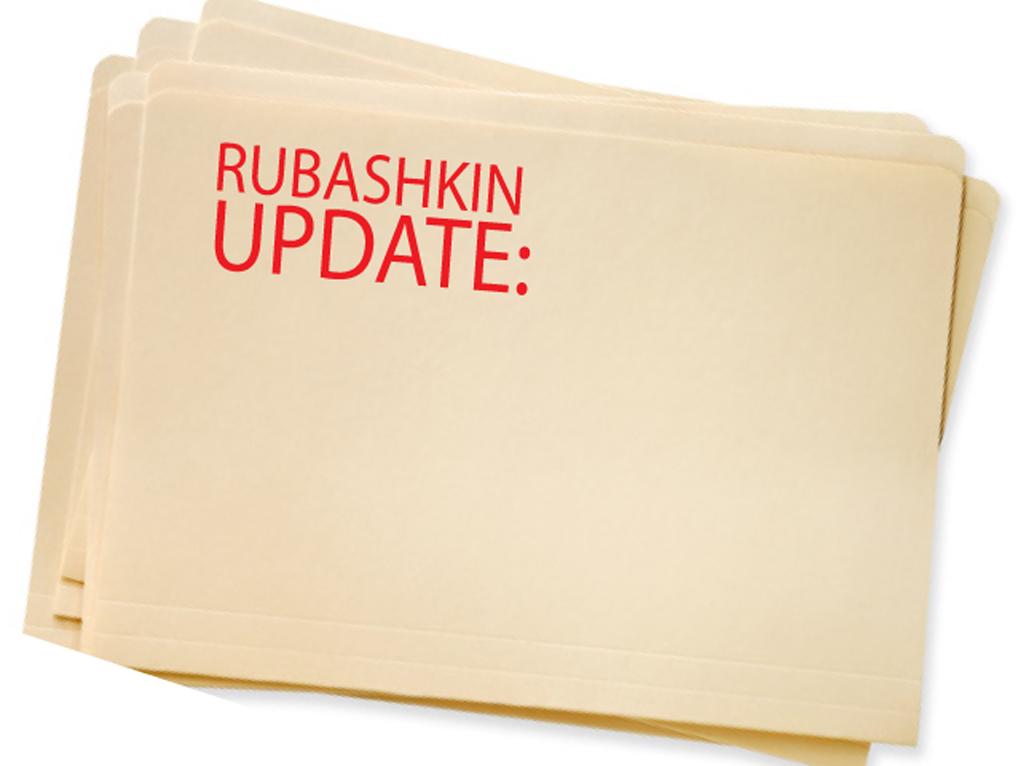 A new hard-hitting petition by Sholom Mordechai Rubashkin has brought his case back into the limelight. In this filing, Sholom Rubashkin asks the 8th Circuit Court of Appeals to grant him the right to appeal Judge Reade’s rejection of his 2255 Petition. The Petition requested a new trial or sentencing due to the government’s violation of his constitutional rights during legal proceedings that led to his 2010 conviction and draconian 27-year sentence.

The 2255 Petition and the Merits Brief that followed it requested at the very minimum an evidentiary hearing at which both sides could request documentation and take discovery in light of new evidence uncovered in the case.

Not surprisingly, as Judge Reade herself imposed the 27-year sentence, her ruling rejected the 2255 Petition. She also denied Sholom’s right to appeal, even before his attorneys had a chance to review her ruling or ask for permission to appeal. (In contrast to most legal proceedings, the ruling on a 2255 Petition cannot be automatically appealed.)

Judge Reade’s 140-page ruling dismissed the defense’s reams of evidence of prosecutorial misconduct as “mudslinging.” After Sholom’s counsel requested a “certificate of appealabilty” – without which a 2255 Petition cannot be appealed – prosecutors urged Judge Reade to deny the certificate, quoting her own mudslinging comment.

In response, Sholom’s counsel submitted a new brief, outlining 6 ways the government had violated ethical and legal norms in his case and petitioning the 8th Circuit Court of Appeals for the right to appeal Reade’s ruling. The brief cited the government’s withholding from Sholom exculpatory evidence required by law, and its failing to correct the court record regarding witness testimony the government knew to be false. These violations are powerful grounds to vacate a trial.

The brief rejected the pejorative term “mudslinging,” noting that “it is impossible to make Brady and Napue arguments without accusing the government and/or its witnesses of misconduct.” How else can the accused prove that Brady (withholding exculpatory evidence) and Napue (failing to correct false testimony) were violated here?

Far from crossing the bounds of appropriate advocacy by exposing government wrongdoing, the brief said, the defense’s mandate is to do just that; “to ensure a first-time offender is not sentenced to 27 years’ imprisonment on the basis of overreaching, falsehoods, or non-disclosure. Simply put, it is perfectly appropriate – and, in fact, ethically required – to accuse the government of wrongdoing when the facts point in that direction.”

A brief detour, to provide background to the current defense motion: As many will recall, seven years after Sholom began serving his 27-year prison sentence, his defense team uncovered shocking revelations about government malfeasance in his case. These discoveries fueled the powerful Merits Brief that accompanied Sholom’s 2255 Petition that proved his constitutional rights had been violated.

The Merits Brief’s core argument was straightforward. It charged the government with causing First Bank to lose tens of millions of dollars by interfering with the sale of Agriprocessors through its no-Rubashkin law, and then pinning responsibility for the loss on Sholom Rubashkin in order to lengthen his prison sentence.

Charges of government interference with the bankruptcy did not originate with the Merits Brief. They had been aired at Sholom’s 2010 Sentencing Hearing, backed up by a sworn affidavit from a would-be buyer testifying to a government ultimatum forbidding the hiring of Rubashkins under threat of forfeiture. Prosecutors had countered by eliciting testimony from government witness Paula Roby who denied the existence of a no-Rubashkin policy. She also insisted that the government’s forfeiture threats – which legal scholars have called unprecedented and illegal—had no negative impact on the bidding process during the bankruptcy period.

Roby’s testimony was crucial to Judge Linda Reade’s sentencing calculations. Reade wrote in her Sentencing Order that she “credited” Roby’s testimony and rejected the defense “theory” of how the bank’s loss was caused by government interference. Accepting the prosecutors’ allegations that Sholom alone was to blame for it, she imposed on him the notoriously disproportionate virtual life sentence.

Seven years later, the discovery of new evidence produced an explosive game-changer in the case. Tireless investigative efforts by defense attorneys Gary Apfel from LA (working pro bono) and Stephen Locker from Iowa uncovered this bombshell in the form of handwritten notes by a reputable attorney, James Rieland, who had attended a pivotal meeting with government prosecutors back in 2008.

Rieland, who had been present as counsel for the Agriprocessors bankruptcy trustee, and was unconnected to any of the Rubashkins, had documented the instructions given to the trustee at this meeting by Assistant U.S. Attorney Rich Murphy and fellow prosecutor Peter Deegan.

Rieland’s record reconstructed the scenario in which the no-Rubashkin policy had been imposed. “No-Rubashkins is very important to us—non-negotiable,” Murphy had announced, adding there could be “no involvement of Rubashkins from any standpoint (control or benefit), in the successor entity to Agriprocessors.”

The new evidence thus shone a light on government schemes –later denied by the prosecutors—that led to the massive bank loss for which Sholom was wrongly blamed.

The Merits Brief exposed the manner in which the barring of all Rubashkins, particularly Aaron Rubashkin, had enabled the prosecutors to engineer a depressed sale price for Agriprocessors, forcing it to be sold for a fraction of its worth. The $8.5 million sale price was vastly insufficient to repay Agriprocessors key creditor, First Bank.

Rieland’s notes further reveal that government witness Paula Roby, who would later deny under oath at the Sentencing Hearing that a “no-Rubashkin” policy had been issued, actively participated at this very meeting where prosecutors laid out the policy. She had indeed lied under oath, and the government not only knew it but had elicited the false testimony, the Merits Brief contended. This brazen charade included an even more astonishing feature: the false testimony was solicited by none other than Assistant U.S. Attorney Deegan, one of the key government actors at the “no-Rubashkin” meeting.

By hiding from the court their manipulation of the bankruptcy process through the no-Rubashkin edict, and allowing Roby’s testimony to mislead the judge about who was responsible for the plant’s financial ruin and the bank’s massive loss, prosecutors committed clear “Napue” violations that are grounds for a new trial, the brief attests.

These letters which contradict the government’s claim that that their use of forfeiture had no impact on the bidding process should have been turned over to Sholom’s counsel as the law demands, the defense charged. Failure to do so constitutes a “Brady” violation, another ground for vacating a trial.

What of Judge Linda Reade and her role in this travesty? In her 2010 Sentencing Order, Judge Reade had dismissed defense testimony about a government imposed no-Rubashkin condition in the bankruptcy process, citing Paula Roby’s counter claim. “Paula Roby testified that there was no such condition attached to the sale of Agriprocessors. The court credits Roby’s testimony and discredits testimony from Defendant’s witnesses,” Judge Reade wrote.

With the unmasking of Paula Roby’s false testimony in the Merits Brief, a lynchpin of Judge Reade’s Sentencing Order was seriously undermined. The judge was now at a crossroads. She could have used the new evidence to reassess the facts and revisit the entire question of who was responsible for First Bank’s loss. She did not do so. Instead, in her January 2017 ruling denying the 2255 Petition, Reade sought to shore up her original ruling by revising her position on how she arrived at it.

First she backtracked on her earlier statements. “The court did not discredit or credit any specific testimony of any witness,” the judge wrote.

“…Rather than focus on the extent of the government’s restriction on the Rubashkins’ involvement, the court focused on whether the [government’s] forfeiture position could have impacted the sales price of Agriprocessors’ assets. The Court credited Paula Roby’s opinion about [that impact].” Offering a new rationale for her ruling, Reade sidestepped the weighty evidence that star witness Roby had apparently committed perjury.

Can a judge simply change the key argument supporting her sentencing calculation, offering a new basis because the first one no longer works?

“Simply put, a district court may not deny 2255 relief by changing the basis for its original decision,” the brief argues.

The attorneys contend that the judge should have recused herself from this case from the outset, and maintain her refusal to do so is in itself grounds for vacating the sentence. “The concern… is that a judge who becomes part of the ‘prosecution team’ will not thereafter be able to remain impartial, no matter how pure his or her intentions.”

“The District Court’s 2255 ruling demonstrates the point,” the brief concludes, pointing to Judge Reade’s determination to prevent Sholom’s virtual life sentence from being dismantled regardless of strong evidence of government misconduct.

“The Court characterized arguments made in good faith as ‘mudslinging;’ changed or disregarded its prior interpretation of the crucial testimony from Roby; and otherwise endeavored to protect the 27-year sentence imposed on Rubashkin from collateral attack, even to the point of denying a certificate of appealability,” the defense brief pointed out. “Rubashkin should be given the opportunity in full briefing to address whether the district judge became sufficiently close to the government during the investigation of his case to require recusal.”

A powerful defense brief seeking Judge Reade’s recusal that was filed earlier is outside the scope of this article; it will be discussed in a future column.

Despite all attempts to squelch it, the Rubashkin case refuses to die. As Sholom and his defense team fight on, the corruption at the heart of the saga – and newfound evidence of that corruption—has heightened outrage in the Jewish community and appalled legal scholars.

The case is increasingly recognized by experts as one of the most egregious examples of prosecutorial and judicial misconduct in the country. Each new volley of court motions in the case unveils more of that misconduct and the unrelenting attempts by prosecutors and the presiding judge to deny or whitewash it.

The case that haunts all people of conscience is now in the hands of the 8th Circuit Court of Appeals which will rule on whether Sholom Rubashkin should be granted the right to appeal Judge Reade’s rejection of his 2255 Petition.