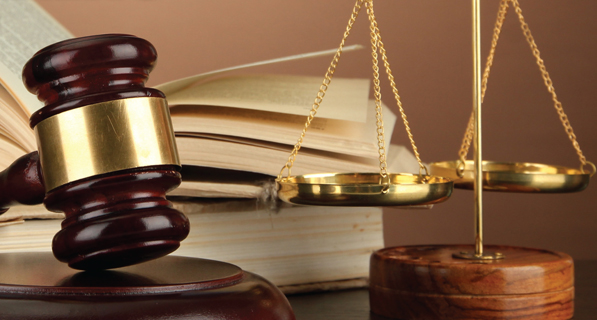 Although doubletalk and sham arguments riddle the government’s response to Sholom Rubashkin’s 2255 Petition, prosecutors were forced to make significant admissions that validate the defense’s claims, Rubashkin attorneys argued this week in an unparalleled tour de force.

The new brief, filed by attorneys Gary Apfel of Los Angeles and Stephen Locher of Des Moines, Iowa unearths key admissions that are buried throughout the government’s 105-page reply to the Merits Brief filed in March, in support of the 2255 Petition.

The government’s admissions that relate to Grounds One, Two and Three of the Petition, including an admission about withholding exculpatory information that overturns the money laundering allegations, are more than sufficient to warrant post-conviction relief, the brief asserts.

To briefly recap, the 2255 Petition argued that Sholom Rubashkin’s right of due process was violated by prosecutorial misconduct; by the suppression of evidence favorable to the defense, and by eliciting false testimony and allowing it to remain on the record uncorrected during the Sentencing Hearing. This misconduct resulted in a severe miscarriage of justice, the 2255 Petition contended.

The 2255 called for the sentence to be vacated or for Sholom to be granted a new sentencing free of false and misleading testimony.

The Merits Brief backed up the Petition with shocking new evidence that established beyond a doubt the government had imposed a No Rubashkin policy, through which prosecutors had manipulated the Agriprocessors bankruptcy and severely lowered the company’s value.

Prosecutors had denied this at Sholom’s 2009 Sentencing Hearing through star witness Paula Roby, who testified “there was no government prohibition” on new owners hiring Rubashkins.

The new evidence made it impossible for the government to maintain its denial.

The Merits Brief established, by virtue of a transcript of a private government meeting as well as through the sworn affidavits of nine would-be buyers and the bankruptcy trustee himself, that prosecutors had aggressively insisted on the exclusion of all Rubashkins from any management role in the new company.

To ensure the enforcement of the No Rubashkin policy, prosecutors threatened to exercise forfeiture of the plant if the new owners failed to heed the prohibition.

Realizing that Aaron Rubashkin’s expertise was essential to running the plant successfully, multiple bidders offering tens of millions all backed out. The company’s eventual sale for pennies on the dollar made it impossible for Sholom to repay creditors, resulting in a lending bank’s incurring the loss of its $27 million loan. The huge loss amount drove the judge in the case to impose a draconian prison sentence.

Faced with conflicting testimony between government witness Roby and a would- be purchaser who testified to the truth of the No Rubashkin policy, Judge Reade in her Sentencing Order made it clear she “credited” Roby’s testimony and disbelieved any notion that the government had orchestrated the bank’s loss.

The newfound evidence in the Merits Brief shattered these misconceptions. It established that Sholom was scapegoated for the bank’s losses that were in fact, orchestrated by the government.

In the face of embarrassing discourses that it had committed misconduct, the government could have agreed to a resentencing or negotiated a settlement with Sholom, ending what over a hundred judges, prosecutors and legal experts have called “a veritable witch hunt… a shocking case of prosecutorial misconduct… a sentence based on fraud and deceit… an egregious miscarriage of justice.”

“An entire family is being destroyed by a draconian sentence that was meted out based on the underpinnings of fraud and deceit,” wrote former U.S. District Judge Charles Renfrew. “With potential buyers being thwarted and intimidated at every turn, and a false witness being brought into the court to flagrantly lie and counter bidders’ testimony, the legal wrongdoing evident in the Rubashkin case constitutes an extraordinary miscarriage of justice.”

Far from admitting they did anything amiss, the prosecutors painted themselves into a corner in their Reply, admitting the No-Rubashkin edict on one page while a few pages later, backpedaling on that denial by twisting the meaning of words, such as pretending the defense claim was about a No Rubashkin “agreement” as opposed to a No Rubashkin “policy.”

Prosecutors also took refuge in splitting hairs to argue that a word doesn’t mean what it’s universally understood to mean. For example, they argued that the government’s No Rubashkin policy prohibited Rubashkins from being in control of the plant but not necessarily part of the plant’s management.

The defense brief dismantles all of these futile convoluted attempts to dodge the bullet. It also dismantles what it labels the government’s “straw men” arguments in which prosecutors substitute an invented easy-to-defeat argument in place of addressing the real one.

Ignorance And/Or Distortion Of The Law

Most significantly, the defense brief demolished the government’s position that defense claims of “due process violations” resulting from the admission of false testimony were of no avail because “extensive disclosures” had been made by the government.

The defense should have used these disclosures to expose the false testimony instead of holding the government responsible for not exposing it, prosecutors had argued in one of many instances of misrepresenting the law.

In other words, the government argued, “You, Sholom Rubashkin, knew our witness wasn’t telling the truth (although of course what she was saying was correct.) But you had enough evidence in your possession thanks to our disclosures to expose the false information to the judge and you didn’t do so. You dropped the ball and must suffer the consequences.”

The defense lays bare the government’s ignorance and/or egregious distortion of the law regarding the prosecutor’s unqualified obligation to correct testimony it knows to be false.

The brief also identifies the crucial exculpatory documents that the government knowingly withheld. It singles out a letter from First Bank, the “victim” of the $27 million loss, in which the bank begs the government not to claim forfeiture rights against Agriprocessors in talks with prospective buyers. Bank officials were afraid such threats would scare off bidders, which in fact they did.

Despite the government’s overheated rhetoric in an inflated 105-page brief, prosecutors were totally silent about the suppression of the bank letter, offering no rebuttal.

“The prosecutors’ priority was clear albeit bizarre,” wrote Mr. Renfrew and Mr. James Reynolds, former U.S. attorney for the Northern District of Iowa in a powerful op-ed. “They were more interested in making sure that Aaron Rubashkin, who was never charged with a crime, be punished by taking away his business than they were in restoring the forfeited money to the bank lender, the primary victim in the case.”

“The prosecutors did so in the face of pleas from both the victim bank and the independent court-appointed bankruptcy trustee… These pleas fell on deaf ears and the resulting low-ball sale sealed Sholom’s fate.”

Now that the relay of defense and government briefs in the 2255 Petition are complete, the parties await a ruling by Judge Linda Reade. A follow up article will explore the avenues her decision could take and their various consequences, as well as elaborate on key aspects of the Defense Reply brief that were outside the scope of this article.