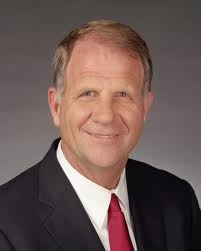 Federal criminal law has, in the past decade, exploded in size and scope, and deteriorated in the effective pursuit of justice. Honest, hard-working Americans doing their best to be respectable, law-abiding citizens can no longer be assured that they are safe from federal prosecutors, legal experts testified at a recent Judiciary Subcommittee hearing on Capitol Hill. The subcommittee on Crime, Terror and Homeland Security heard testimony from a diverse coalition of national organizations, who have joined forces to mobilize solutions to the growing problem of what they called â€œovercriminalizationâ€ plaguing American society. The term refers to a nightmarish national trend in which law enforcement officials and courts prosecute people under a growing web of vague, poorly defined laws that disregard America's fundamental principles of justice.

You Can Be Guilty Even Without Criminal Intent

Federal criminal law used to focus on inherently wrongful conduct: murder, stealing, molestation, kidnapping, treason, counterfeiting and the like. Most importantly, under historical principles of justice, a person was considered to have committed a crime only if he intentionally did a wrongful act with wrongful intent [mens rea, Latin for a guilty mind].

In other words, the law recognized the crucial difference between an accident and a crime.

No longer, said witnesses at the judiciary subcommittee hearing. Today, as a broad range of non-harmful conduct has become criminalized, the “criminal intent” factor has been increasingly dropped. The result? More and more Americans who are otherwise law-abiding are being ensnared and unjustly punished.

Legal experts say that there are more than 4,450 federal crimes on the books and as many as 300,000 federal regulations that can be enforced criminally. Scores of federal departments and agencies have created so many criminal offenses that the Congressional Research Service itself recently admitted that it was unable to count all of the offenses.

From 2000 to 2007, Congress created 452 entirely new crimes – that’s more than a crime a week, said Brian Walsh, a senior fellow at The Heritage Foundation, a Washington think tank, who focuses on overcriminalization.

A few months ago, the Heritage Foundation and NACDL [National Association of Criminal Defense Lawyers] released a groundbreaking joint report on this problem, “Without Intent: How Congress is Eroding the Criminal Intent Requirement in Federal Law.”

US Has The Largest Prison Population In The World

The report said that overcriminalization and the erosion of the criminal intent factor led the United States to have both the highest number of people in prison – approximately 2.3 million – as well as the highest rate of incarceration – roughly one in 100 – of any nation on earth.

Despite these shocking statistics, no one would claim that this system has made the United States anywhere near the safest society in the world. Far from instilling greater respect for the law, criminalizing conduct that is not inherently wrong in the long run erodes the government’s moral authority, critics note.

“For many, when it comes to regulation of social conduct, every problem is a nail, so all that’s needed is the hammer of criminalization,” said NACDL president Jim Lavine. “With every passing Congress, though, we are getting a better idea of exactly what this criminal justice structure looks like, and it is not pretty, it is not cheap, and it is surely not rooted in the American values of fairness, justice, and checked government power.”

Lavine pointed out how due to the problem of overcriminalization, he has seen, in over 25 years as a criminal defense attorney, “families shattered, careers ruined, businesses fail, thousands of innocent workers become unemployed, and entire communities devastated – all at the taxpayers’ expense.”

“It used to be a grave statement to say someone was making a ‘federal case’ out of something,” Walsh told lawmakers at the hearing. “Today, although the penalties are often excessively severe and harsh, the underlying conduct punished is often laughable.’

One of the witnesses at the hearing, Congressman Ted Poe (R-TX), following up on this line of argument, cited the Rubashkin case as an example of overcriminalization and its often ludicrously disproportionate penalties.

“We have many compelling cases before us,” Poe told participants at the hearing. “I just want to mention one Federal case that happened recently that is worthy of mention.

He went on to relate that in Iowa, “there was a kosher slaughterhouse operated by Sholom Rubashkin, and he was sentenced to 27 years in the Federal penitentiary for some financial crimes. He was initially investigated for immigration violations, and also charged with 9,311 [state child-labor] charges.”

Poe went on to recount how the immigration charges – along with the majority of the state labor charges – were dismissed, with the state trial ending in a full acquittal.

“But the accused still went to the penitentiary partly because he violated that sacred law – the Packers and Stockyard Act for not paying cattle suppliers within two hours of delivery of the cattle. Dastardly deed!”

Sholom Rubashkin was prosecuted, Poe told the lawmakers, even though all cattle suppliers were paid in full, and the latest one was paid just 11 days late. “Rubashkin is the only person I know of who was ever prosecuted under this act that was passed in 1921,” Poe said. “But that was a felony, and they were able to get him on it.”

“This is an example of a really abusive law,” Poe said, noting that slaughterhouse operators probably don’t even know the law exists, since it’s never, in all its history, been enforced.

“I’m not going to get into the complexities of Rubashkin’s case, but his sentence was considered excessive by a lot of people. I am one of them. And it was even 2 years longer than the prosecutors had asked for.”

Poe noted the troubling inconsistency of staging a high profile trial for charges totally unrelated to the offenses for which the initial federal investigation was intended. He also stressed the absurdity of using incarceration in a federal penitentiary to punish someone “who paid his bills late” as opposed to someone guilty of actual criminal conduct.

“Shouldn’t we use that space for someone who’s really an outlaw?” Poe asked the members of the committee?

Congressman Poe is one of 18 congressmen to date who have petitioned Attorney General Eric Holder to investigate the rampant injustices in the Rubashkin case. In just the past week, Congressmen Richie Neal (D-Ma), Mike Coffman (R-Colorado) and John Culberson (R-TX) wrote letters to Holder citing the compelling evidence of unlawful communications between Judge Reade and the prosecutors in the case.

In a hard-hitting letter, Rep. Mike Coffman peppered the Attorney General with questions one now hears echoed from all sides. “Why did the judge engage in ex parte communications with the US Attorney’s Office?”

Coffman’s blistering questions attacked the excessive sentence. “Why did the judge sentence a first-time, non-violent offender to a term of 27 years? Did the Court improperly apply the Sentencing Guidelines to arrive at an unjust and unnecessary result?

All the congressmen who have urged the DOJ to investigate the evidence of foul play have stressed in their letters to Holder the need to safeguard public confidence in the rule of the law and impartiality of the courts, features of American justice that are on trial in the Rubashkin case.

What Can Be Done About Overcriminalization?

To return to overcriminalization, the growing blight on American jurisprudence, the Congressional hearing ended with solid recommendations for solutions. The hearing’s two most prominent participants, the Heritage Foundation and NACDL, said that these would include requiring bills that add criminal penalties to be reviewed by the House and Senate Judicial Committees for their “criminal intent” requirements.

Spokesmen said a study found that bills that cleared the committees were “more likely to have criminal intent requirements” than those that didn’t face such scrutiny. “Honest mistakes should not result in prison time,” The Heritage’s Brian Walsh said. Every criminal conviction must require proof beyond a reasonable doubt that the person acted with criminal intent. Federal criminal laws should require such proof.

Other changes would be to direct federal courts to give the benefit of the doubt (Rule of Lenity) to the defendant – rather than the prosecution – when faced with ambiguous criminal laws.

In addition, advocates say, bureaucrats should not be making new crimes. Congress should not “delegate” its power to criminalize to unelected officials in the scores of federal regulatory agencies that it has created.

Both common sense and constitutional principles hold that the decision as to whether something is important enough to send a person to federal prison should be made by the American people’s elected representatives.

Lastly, advocates are urging Congress, who has the power to repeal unjust laws, to exercise that power. The worst, most unjust criminal offenses should be thrown out. That includes broad, vague and unspecific laws open to the prosecutor’s interpretation and subject to his whim, and the tendency toward excessively harsh penalties that don’t fit the crime.

Advocates agree that Congress must start with offenses that allow Americans to be punished as criminals even if they did not know that they were doing something criminal and had no intent to commit harm or break the law.

Some critics say that while solid recommendations were offered at the hearing on how to curtail overcriminalization, one thing was noticeably missing: legislative measures to relieve the unjust treatment of victims like Sholom Rubashkin, who are languishing in jail due to the evils of the present system.