Rubashkin: The Case That Haunts 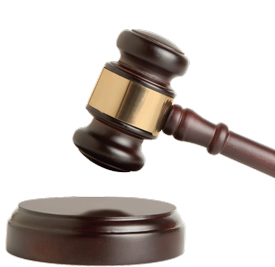 The Rubashkin case, increasingly recognized as one of the most egregious examples of prosecutorial misconduct in this country, remains a stain on the justice system, haunting people of conscience.

Searing op-eds by renowned judicial names followed in the Des Moines Register, with the paper’s editorial board publishing its own hard-hitting editorial calling on the government to answer for its unlawful actions.

“Prosecutors who take shortcuts in winning convictions or lengthy sentences are not only violating the rights of the accused, they’re also undermining our entire system of justice,” the Register lashed out. “That’s worth remembering when considering the ongoing legal battle over the 27-year prison sentence handed down to Sholom Rubashkin.”

AMID SMOKE AND MIRRORS, KEY ADMISSIONS

In the meantime, the defense team headed by Gary Apfel of Los Angeles who represents Sholom pro bono, and Stephen Locher of Des Moines, Iowa, continue the fight for justice in the courts.

The latest defense brief in support of the 2255 Petition shreds government obfuscation and denials, laying bare the truth that Sholom was the victim of a setup.

“The furious tone of the government’s Reply Brief should not mask the significant admissions contained within it,” the defense brief notes.

“First and most importantly, the government finally admits it did, in fact, impose a No Rubashkin restriction in the Agriprocessors bankruptcy proceeding. The government consistently maintained it would pursue forfeiture if any assets were ultimately controlled by or used for the benefit of the Rubashkins.

“This admission should end the case,” the brief asserts, pointing to the government’s denial of the No Rubashkin edict during the Sentencing Hearing and the profound impact of that denial on Sholom’s prison sentence.

The attorneys go on to unearth additional admissions buried in the government’s 105-page brief each of which “are more than sufficient to warrant post-conviction relief.”

These admissions support the defense’s arguments that the government’s interference in Agriprocessors’ bankruptcy severely depressed the company’s market value. The prosecutors’ tactics of intimidating buyers with threats of forfeiture killed all serious offers, forcing the company to be sold for a fraction of its worth, which made it impossible to repay its primary creditor, First Bank.

The defense showcases one example after another in the government Reply Brief where prosecutors throw up smoke and mirrors to blur the truth. They create artificial distinctions between words; invent new meanings for terms such as “good faith purchaser;” distort the law and “put words into the mouth” of the defendant to pretend he argued something he did not.

In pursuing the No Rubashkin policy, prosecutors “literally refused to accept bankruptcy law,” and instead “created their own definition of legal terms” in order to carry out their intentions, the brief states.

In its Reply, the government constructs an alternate reality where false and misleading testimony elicited during the Sentencing Hearing can still be considered true. In this parallel universe, a lie is not a lie; it’s all a matter of interpretation. And even if testimony is proven false, a kernel of truth within the falsity rescues it from being a lie, the brief maintains.

One is reminded eerily of George Orwell’s famous 1950s novel “Nineteen Eighty Four,” in which a government regime in the fictional land of Oceania invents Newspeak, a language that robs words of their unequivocal meaning in order to muddle rational thought. “Black” and “white” no longer exist in this society; they morph into blackwhite. As with other Newspeak words like doublethink and doublespeak, blackwhite insists that mutually exclusive facts or ideas in one statement can both be true.

This concept is on vivid display in the government’s Reply brief where prosecutors caught in an ethical violation – eliciting false testimony from star witness Paula Roby at Sholom’s Sentencing Hearing and failing to correct her testimony – try to worm their way out of the mess. They have no choice but to admit that the testimony is false, but falling back on semantic games, insist a few paragraphs later that a part of it is true, so the testimony can’t be called false.

A prosecutor’s failure to correct false testimony he knows to be false – known in legal circles as a “Napue” violation – can be grounds to vacate a trial or sentence. But affecting ignorance of what any first year law student knows, prosecutors argue they can’t be guilty of “Napue” because not all of Roby’s testimony was untrue.

In addition, they protested, “extensive disclosures” made to the defense could have been used by Rubashkin attorneys to expose Paula Roby’s lies (which of course were not really lies, you recall, because they were the blackwhite type). The defendant thus has no one but himself to blame for not catching the governments at its lies.

The government Reply seriously insists that the defense is at fault for the government’s due process violations.

Lest one begin to think he has somehow awakened in Orwell’s Oceania where prosecutors can knowingly allow their witnesses to lie and exempt themselves from all responsibility to correct the testimony, the Ninth, Fifth and Eighth Circuit Courts of Appeal have issued rulings that could not be more explicit:

“The duty to correct false testimony is on the prosecutor and that duty arises when the false evidence appears,” the defense brief quotes the Fifth Circuit.

“The government’s duty to correct perjury by its witnesses is not discharged merely because defense counsel knows, and the jury may figure out, that the testimony is false,” the Ninth Circuit agreed in another citation.

James Reynolds, former U.S. attorney for the Northern District of Iowa, has called the prosecutors’ actions “insidious.” In a letter to the U.S. Attorney Kevin Techau now in charge of the Rubashkin case, Reynolds raised the issue of exculpatory information the government failed to turn over at the Sentencing Hearing, a “Brady” violation and grounds for vacating a sentence.

“Had this kind of unfair, underhanded and unnecessary misconduct occurred during my tenure,” Reynolds wrote, “you can be absolutely certain that the perpetrators would have faced consequences, the very least of which would have been the loss of their job.”

Among the crucial exculpatory documents the government knowingly withheld from the defense is the “Palans” letter from First Bank, the “victim” of the $27 million loss, in which the bank begs the government not to claim forfeiture rights against Agriprocessors in talks with prospective buyers.

Bank officials were afraid such threats would scare off bidders, which in fact they did. They were afraid the bank would lose its $26 million loan as a result, which is what happened.

One is struck by excerpts from the Sentencing Hearing in which the government, emphasizing the loss amount, urged the Court to impose a lengthy sentence on Sholom at the top of the Guidelines range, placing the blame exclusively on the defendant for the massive financial harm the victim suffered.

“How often has the court seen a fraud which caused a $26 million loss? It’s a staggering amount of money, Your Honor. And it’s likely the largest fraud loss ever in the Northern District of Iowa,” prosecutor Deegan reminded the judge.

In the light of what we know about how the government orchestrated the loss they attribute to Sholom, it is hard to imagine anything more cynical than the prosecutor’s “crocodile tears” over the bank’s financial loss.

“Did they, [the prosecutors] intentionally or otherwise, ratchet up the losses sustained by Agriprocessors’ creditors and later use those losses to increase Rubashkin’s sentence?” the Des Moines Register demanded in an editorial by its board.

“And did they adopt a policy of guilt-by-association in barring any member of the Rubashkin family — including people never accused of wrongdoing — from involvement in Agriprocessor’s successor?”

“The evidence indicates they did just that, which helps to explain why so many well-respected former prosecutors and judges are up in arms over their actions,” the Register asserted. “Just as the head of Agriprocessors was forced to answer for his crimes, the U.S. Attorney’s Office should be forced to answer for its actions in USA vs. Rubashkin.

“A trial is not a fox hunt…” yet the government appears to have treated it as such in the Rubashkin case. When justice finally prevails, one can’t help but wonder, will the hunters become the hunted?