Rosh Hashanah: Once a Yid, Always a Yid 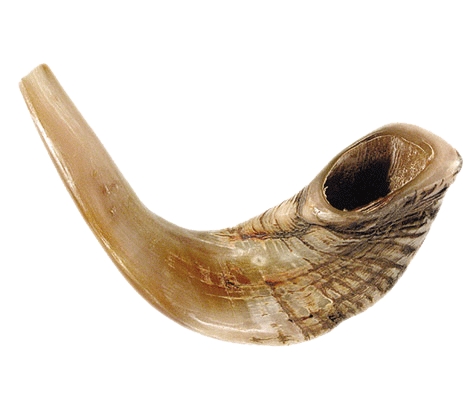 The Gemara in Maseches Rosh Hashanah (10b) teaches us that it was on the day of Rosh Hashanah that Yosef was freed from prison and was brought before Paroh. As the Maharal has taught us many times, “Devorim gedolim einom bemikra,” great things aren’t a function of mere chance and coincidence. Yosef being freed on Rosh Hashanah reflects the very essence of the kedusha of this Yom Tov.

The goal we seek on the Yom Hadin is for Hashem to forgive us. If we are considered good to our essence and core, then the fact that we might have erred does not reflect our true nature. The Maharal in Nesiv Hateshuvah explains that we are able to do teshuvah and be forgiven because what we did wrong did not reflect who we truly are. When we sinned, we weren’t acting as a function of our holy core and soul. Thus, our avodah on this holy day is to reconnect with our totally pure essence and thereby enable that dimension of purity to encompass our entire sense of being. As a result, we become totally pure and are forgiven.

The Maharal explains that the shoresh of the word teshuvah is shov, spelled shin bais. The entire capacity of man’s ability to do teshuvah lies in this word.

The letter shin is next to the last of the Alef-Bais, with the letter tof being the last. The letter bais is the second letter of the Alef-Bais, directly after the first letter, alef. Because a person’s spiritual decline could never reach the sense of finality, that of the tof, when one attempts to do teshuvah, he only has to reach the level of the bais, for the alef is always spiritually alive and connected to Hashem. The kedusha in the core, the alef of the person, cannot be destroyed. It might be deeply buried and dormant, but it is alive and exists. A person who sinned and yearns to return to his Creator does not have to convert. His essence of kedusha is alive, but must develop to encompass the person.

Seforim explain that the name of this spiritual property is Yaakov. Yaakov developed the kedusha of the Jewish soul to the point that it could not be destroyed. Theoretically, the kedusha of Avrohom and Yitzchok could have been destroyed through chet, as is evident with Eisav being born Jewish but losing his kedushas Yisroel and being considered a Yisroel mumar, one who rebelled, as a result of his sins. Because he wasn’t a descendant of Yaakov or subservient to him, he failed to glean Yaakov’s lofty spiritual madreigah of “once a Yid, always a Yid.” It is this spiritual madreigah that represents the “alef” that cannot be destroyed. Because it might be dormant, it requires one who can enable it to develop to its full potential. That avodah belonged to Yosef.

During all the years that Yaakov thought that Yosef had been killed, he was inconsolable. It was more than the fact that he had lost his precious son. What was lost was the capacity to transmit the awesome kedusha of Yaakov to the next level of the shevatim, the children who were to become the nation. There was no way for the awesome kedusha of Yaakov to be fully transmitted to the shevatim so that it would become a vibrant part of their spiritual identity to be actively used in their avodah. Yaakov was too holy to directly transmit it to them. Thus, it had to be Yosef. With his death, Yaakov thought that his spiritual dimension was to be lost from his children forever. As the posuk says with regard to the naming of Yosef (Bereishis 30:22), “She conceived and bore a son, and said, ‘G-d has taken away (ingathered) my disgrace.’ So she called his name Yosef, saying, ‘May Hashem add on for me another son.’” Yosef contains a sense of gathering. He is mekabel and gleans the kedusha of the essence of the Jewish soul from Yaakov and passes it on to the next darga of Klal Yisroel, the shevatim. It is Yosef who takes that nekudah of the absolute connection to Hashem and enables it to be utilized in the totality of Klal Yisroel’s avodas Hashem. It is this point that represents the avodah of tekias shofar.

In his sefer Pachad Yitzchok, Rav Yitzchok Hutner zt”l explains our avodah of Zichronos, when we blow the shofar so that Hashem will remember us letov, for good. When Hashem created Adam Harishon, the posuk says, “Vayipach b’apav nishmas chaim – And He blew into his nostrils the soul of life.” That represented the moment of man’s creation, the profound step when Adam was absolutely connected to Hashem prior to what was to be represented in terms of the process and the doings of his life. Once life occurs, things can go wrong and astray, but in the moment of Hashem blowing into him the breath of life, the kedusha was in its absolute and most profound dimension. The avodah of Zichronos is to recreate that state and moment of man’s existence for it to serve as the defining moment in terms of his true sense of existence. That moment, the moment of absolute purity, should define us. Since that is to be considered our true sense of being, our avodah is to have it define us and afford us the ability for kapparah. Since that is what we are, we are good. Any sense of chet is not a true barometer of what we are, and we are therefore fitting for forgiveness. It is where we attempt to develop the kedusha of Yaakov that is always connected to Hashem and through tekias shofar we are once again able to connect with.

The Sefas Emes, in his likkuitim on Rosh Hashanah, explains that here lies the role that the kedusha of Yosef is meant to play.

The koach of Yosef is to enable kedushas Yaakov to be used in the total avodah of the Bnei Yisroel. It represents the enabling of that inner core of kedusha to envelop the entire sense of the person. The avodah of shofar is to connect us to our original core of kedusha and connection to Hashem – to Yaakov – and, through the koach of Yosef, have it develop to encompass the entire person in his avodas hateshuvah. Yosef being freed from his personal sense of prison on Rosh Hashanah represents that his spiritual potential was able to be realized on that day, the day when we, too, attempt to reconnect with the internal koach of Yaakov that is our spiritual yerusha and use it to remake us through the power of Yosef.

When we blow the shofar on Rosh Hashanah, we are attempting to do just that. The reality of the internal connection to Hashem is alive, but throughout the year, we might have enabled it to become dormant and not as active in our world as perhaps it truly should be. Through tekias shofar, we bring the “Vayipach b’apav nishmas chaim” to the forefront to be revealed and reckoned with. Once revealed, we must develop it to truly define us, and through shofar, we ultimately can, for this was the day that Yosef was freed.