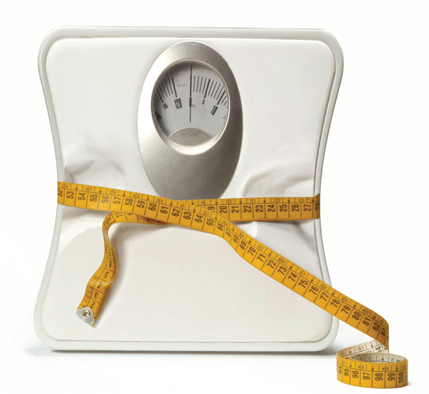 Why do I maintain contact with this fellow? He is so rude, so unpleasant, and so insensitive to my feelings. Every now and then, he makes me feel good, but too often I walk away from him disappointed and dejected. He is incapable of being diplomatic and is honest to a fault. So why do I keep on coming back to him? He is short and I tower over him, yet he shows no fear of me and certainly no respect. So why do I consult with him regularly and why does he carry so much weight in my daily routine?

Actually, he is not a he, but an it, an object that I give an accounting to on a daily basis.

It is my bathroom scale.

It is demanding, it is un-compromising, and it is ruthless. It won’t let me get away with anything. I try fooling it by stepping down on it lightly or by leaning in one direction or the other. Maybe that will bring favorable results…but to no avail. It speaks only the truth, and often the truth hurts. Standing on it with just one foot or switching it for another will not help either.

Why, then, don’t I just throw it out and forget about it altogether? Because it is good for me. The fact that I have to face it every day, answer to it, and live up to its demands keeps me in check and is part of my hishtadlus to stay healthy.

Which reminds me… Oy vey! What about that other scale? We are rapidly approaching the month of Tishrei, its mazel being moznayim, a scale. The Ramban (Drashos) writes that this is a reminder to us that in this month, we face the scale of justice. On this scale, our merits are placed opposite our sins. Here, our very lives are hanging in the balance. Facing judgment on the Yomim Noraim every year is a tremendous chesed, for it, too, keeps us in check, requiring us to repent for our aveiros annually. Without these awesome days, how could anyone even hope for a favorable verdict on that final judgment in the Olam Ha’emes without having given any accounting or making amends throughout his lifetime? If only I was as cognizant and in touch with this scale as I am with the other one.

How does one approach the scale of justice at this late stage of the year? If only we came with sacks full of mitzvos and a slate clean of sin. But the sad reality is that we squandered many opportunities, wasted many moments, and weren’t always as careful as we could have been. There is that real fear that our misdeeds will weigh down heavily. What can we do at this late stage of the year, without much time left to lighten the burden of our miscues and receive a favorable judgment?

The obvious answer is to do teshuvah, to make a cheshbon hanefesh and fix up those matters that need rectification. Great. But we know very well that our concentration is limited and our teshuvah will be lacking in depth. Is there something we can do to supplement our repentance?

Chazal give us tremendous advice for a quick cleansing of our sins. “Rava said: Whoever is maavir al middosav, in heaven they pass over his transgressions. As it says (about Hashem), ‘Who pardons iniquity and overlooks transgression’ (Michah 7:18). For whom does Hashem pardon iniquity, for whom does He overlook transgression… For one who overlooks the transgression of others towards himself” (Rosh Hashanah 17a). Rashi explains maavir al middosav as referring to one who does not insist on returning measure for measure against those who have offended him. He lays down those measures and proceeds on his way. Consequently, the middas hadin does not pursue him. Rather, it leaves him and moves on.

The Chofetz Chaim comments about this: Even if he wouldn’t be totally absolved by Heaven, but would only merit a lessening of the degree of punishment, it would be worthwhile for a person not to take measures against his friend. Certainly, if he is totally forgiven for the aveirah, it is most prudent, as long as he resolves not to commit them again.

The gabbai of the kehillah of the holy mekubal Rav Shalom Sharabi once mistakenly sold a highly coveted seat in shul to two separate people. When the mistake became apparent, the gabbai tried convincing them that one should concede the seat to the other and he will be assigned another fine place, but to no avail. They were both wealthy and influential in the community and were used to getting their way. Neither one was willing to yield to the other.

On the night of Rosh Hashanah, the shul was not filled to capacity and another desired seat was designated for whoever would give in to the other. However, the people feared that the next day, when both men would be there, a machlokes would erupt.

That night, one of the contenders had a dream. He saw beautifully adorned wagons being driven by malachim whose faces were radiant with joy. He approached one malach and asked what this was. He was told, “Today is the day of judgment, when all the world’s inhabitants pass before the heavenly court. These wagons are carrying your mitzvos and good deeds to be weighed on a scale.” A smile of satisfaction appeared on the man’s face. He felt confident that these would ensure him a good new year.

A few moments later, he saw black filthy wagons being driven by menacing angels. He asked them what they were doing and was most perturbed to hear that these wagons were bringing his aveiros to the Bais Din Shel Maalah. Now he wasn’t so sure that he would receive a favorable verdict. He followed the procession and soon found himself standing before the judges. First his mitzvos were laden onto the scale of justice, tipping it all the way to one side. But when the aveiros were loaded on to the other side, much to the man’s horror, they outweighed his good deeds.

The head of the bais din was ready to deliver a harsh verdict, when a merciful angel came to his defense. “Let the bais din weigh the aggravation and pain this man suffered throughout the year,” the angel said. This, too, was placed upon the scale and neutralized some of the sins, but after all was said and done, it wasn’t enough to tip the scale in his favor. The two sides were now exactly even. The bais din sat and deliberated, not knowing what to do.

The merciful angel spoke up once again: “Let the court examine the deeds of this man and see if throughout the year he was willing to yield to his friend in any matter of contention, and this will tip the scale in his favor.” Now it was revealed to him in the dream that this angel purposely caused the gabbai to make the mistake with the seat to give this man an opportunity to yield to his friend, bringing him a favorable verdict. He started screaming, “I am mevateir on this seat! I am willing to concede the seat to my friend!” Amidst these words, he woke up.

He got up in middle of the night, got dressed, and ran to the house of the gabbai. When he was certain that the gabbai was up, he knocked on the door and said with all sincerity, “Please give the seat to my friend. I am hereby mevateir with my full heart. Even if you can only find me the least desirable seat in the bais medrash, I am willing to give in.” And so, a major machlokes on the Yom Hadin was averted.

We don’t know why this man merited such a revelation. Perhaps it was in the merit of the holy rov, to prevent an argument in his shul on this holy day. We are not privy to such revelations, but we can learn from this story. If we do have a conflict with another Yid, even if we are certain that we are right, it is to our advantage to give in. For maybe we were sent this nisayon to give us the opportunity of being mevater and ensure for ourselves a good year (Be’er Hachaim from Rav Elimelech Biderman).

It isn’t easy to be hurt by others and just forget about it. Our initial reaction is for retribution, to stand up for our honor and to assure that the offender gets what he deserves. To sit back and not react takes an incredible amount of self-control. One might rationalize and say that he must teach the guy a lesson to prevent him from doing it again. But if one weighs the benefits of calming down and not taking action, both lightening the burden of his sins and carrying the distinction of being one who Hashem especially loves, can there be anything more inviting than to forgive and forget?

Usually, the more you swallow, the more weight you gain. Here swallowing your pride sheds the weight of aveiros and ensures a sweet new year.