Rosh Hashanah and the End of Animal Experimentation 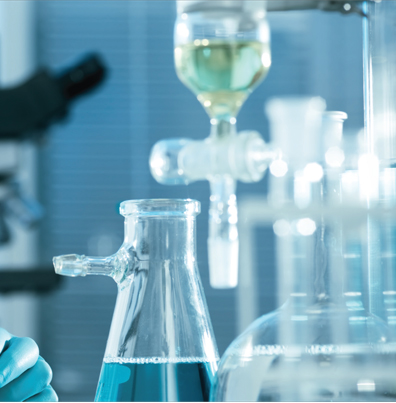 It is entirely possible that in a short time, medical experimentation on animals will cease. In view of the fact that numerous breakthroughs in many areas of medicine have occurred through such studies, this is something that should concern us all. Yet, perhaps as a nation that forbids inflicting pain upon animals (Bava Metzia 32b), we should be overjoyed at this phenomenon. Whether this prohibition is a de’Oraisa (Biblical), as some poskim (Rif, Rosh, Mordechai) hold, or derabbonon (rabbinic), as do others (Rambam according to Kesef Mishneh, Minchas Chinuch and Ohr Somayach), it is clearly condemned by Jewish tradition. Yet, as we shall see, for many generations, it has been established by Torah authorities that the needs of mankind supersede those of the animal world when saving, preserving or even enhancing the health of human beings is at stake.

Still, it was recently reported in the New York Times (Sunday Review, September 4th, 2016, page 7) that “five years ago, the National Institutes of Health all but ended bio-medical and behavioral research on chimpanzees, concluding that, as the closest human relative, they deserved special consideration and respect.” The author, an esteemed professor and ethicist named John P. Gluck, concluded that even this was insufficient and that “what we really need to examine is the moral ground of animal research itself.”

Indeed, this subject, which is not quite new, but has recently taken a drastic turn, should be reexamined, since it can impact the lives of millions, perhaps billions, of human beings for generations to come.

One powerful statement, issued by Rav Yechiel Yaakov Weinberg, author of the Seridei Aish, rules unequivocally that “it is permissible to cause pain to an animal to enhance medical knowledge.” He writes further that “there is no room to be religiously strict about this matter, since we must care more about the potential patients who will be helped by this research than the animal that suffers pain now. Doctors should be allowed to do animal research without any doubts or hesitations” (printed in Chelkas Yaakov 1:31). This opinion reflects, as well, the positions of the Terumas Hadeshen (105), Noda B’Yehudah (Tinyana, Yoreh Deah 10), Shvus Yaakov (3:71), Binyan Tzion (108), Tztitz Eliezer (14:68), and countless others.

What is the source of this apparent machlokes between the Torah view of this subject and the rapidly ascendant opinion of ethicists and secular pundits? The answer, as subtly embedded in the words of Professor Gluck, is the assumption that man has a “relative” in the animal kingdom. He inquires pointedly later in his op-ed piece, “How did being a different member of the primate grouping that includes humans automatically alter the universe?” He complains that whereas the Belmont Report “developed ethical principles for human research…no such document exists for animal research.” Although no one would cavil at limiting animal research that wantonly hurts animals to develop better cosmetics or eye shadow, one senses here and in many other areas of society a growing equation between man and beast. When an intelligent human being can cavalierly lump man and monkey together as “different…primates,” we must rush back to our own sources and mesorah to remind ourselves who we really are.

And this, of course, is where Rosh Hashanah comes in. Not only was man created on Rosh Hashanah, and judged and punished the same day (Sanhedrin 38b), but man’s uniqueness and lofty stature are celebrated on this special day as well. Man alone is created in the image of G-d (Bereishis 1:26), by the very hand of the Creator (2:7), unlike all other creatures. He was so glorious that the angels mistook him for a deity, which the Creator immediately corrected (Yalkut Shimoni 2:20). Unlike every other creature, an entire statement of Hashem was devoted to one individual creation to indicate his special status (Ramban 1:26). He was not associated with any one day, so that he would not be mistaken for just another creation (Drashos HaRan 1) and the world itself changed completely from the moment he entered it (Maharal, Tiferes Yisroel 16). He was created last so that he would focus the entire world upon its purpose of serving the Creator (Sheim MiShmuel, Vayikra 5679). Even in death and after being buried, the least of his extremities, his ankle, shone like a thousand suns.

Of course, when it comes to our birthday, which is also our day of judgment, this sets the bar extremely high for the expectations from a mere mortal. But when it comes to comparison with the animals, just thinking briefly about our creation should be enough to realize how foolish it is to compare us or reduce us to the level of any other of G-d’s creations. One of the early baalei mussar was said to have commented that had Charles Darwin ever seen Rav Yisroel Salanter, he would never have developed his theory of evolution. We might deduce from this wonderful insight that unfortunately, given the state of mankind as is, it is sadly all too easy to believe that man is in fact just another primate. We begin to understand the profound wisdom of Rav Aharon Kotler zt”l, who insisted that every human being, whether Jew or gentile, be reminded as often as possible that he is a tzelem Elokim, made in the image of G-d, and will be held to that noble ideal.

To begin to understand the effect that Rosh Hashanah can have upon our self-perception as the pinnacle of creation, it would worthwhile listening to what Rav Yechezkel Sarna zt”l, rosh yeshiva of Yeshivas Chevron, said on Rosh Hashanah 5703 (1942) in Eretz Yisroel. Word of the horrific Churban Europa had begun to arrive and heartfelt tefillos were being offered in the yeshiva for the millions of Yidden in mortal danger. The rosh yeshiva stood up and spoke before tekias shofar:

In Slabodka, they always speak of gadlus ha’adam, the nobility of man. What can one say at the moment when our people have been reduced to the lowest degradation possible? Where, exactly, is this gadlus ha’adam? What do you think a Yid, who at any moment can be thrown into the crematorium, is davening for in this ghastly situation? Perhaps you think that he is saying to Hashem, ‘I have only one request of You at this moment. Please allow me to be buried as a Jew and to say Shema Yisroel before I die.’ The rosh yeshiva startled his listeners with the declaration that ‘whoever thinks and davens in this way does not begin to understand what it means to be a Jew.’ He went on to explain that the proper tefillah at such a time is ‘Master of the universe, You have punished me and You are correct in Your judgment. But I shall do teshuvah and, at that moment, I know that I will become beloved and dear to you. Then I shall daven the prayer that all of Klal Yisroel recites before the tekios: ‘He shall lead nations under us and regimes under our feet’ (Tehillim 47:4). I want to see the Nazi on the floor under my foot. That is the power of a Jew when he returns to Hashem and that is the meaning of the posuk of ‘Ashreichem – You will be so fortunate’ (Yeshayah 32:20), which refers to Klal Yisroel. A Jew must know that he can always restore his greatness and lost glory. We must therefore all search our souls and actions, returning completely to Hashem (quoted in Ohel Moshe, Inyonei Mikdosh, page 172).

Now, what is eye-opening and astonishing is that the Chevron rosh yeshiva would attribute these sentiments to ostensibly ordinary Jews facing the gas chamber at perhaps the lowest moment in Jewish history. Yet, Rav Sarna, like the Maharal, the Brisker Rov and many others, saw the ashreichem in the midst of the most tenebrous of gloom. This is what it means to retain superiority over the beasts under any and all circumstances. It speaks to the essence of Rosh Hashanah and to the quintessence of being a Jew.

Terrence Des Pres tells the story of a woman named Lewinska in his classic study of “Holocaust behavior,” The Survivor. In her parched and incredibly thirsty condition, she received a miniscule measure of water from the Nazi. Instead of drinking it as expected, she calmly washed her hands for negel vaser to the Nazi’s astonished gaze. This, if anything, establishes forever that we are not related to any animal. We are capable, even under the direst of situations, of acting according to the highest dictates of our noble soul. It is because of this that we are allowed to sacrifice animals in various ways, because all that is was created for us.

Finally, Rav Yechezkel Levenstein zt”l (Ohr Yechezkel 2:10) teaches that the most dramatic proof of gadlus is the ability to subjugate ourselves to Hashem. Unlike the rule of the jungle or even the cut-throat world of business and personal power, a Yid uses Elul to become a servant of Hashem. This ability, proclivity and actuality are what grant us our spiritual power. In fact, the less we are like the animals, the more we embrace the grandeur of being the purpose of creation. It is our humility that reflects true majesty, just as the ability to forgive, be mevater and bow our heads in submission and teshuvah which constitute our strongest arsenal of true strength. We should never even hurt a fly for no reason, but when man asserts his superiority over the animals, he ratifies the Creator’s purpose in creation itself, which began exactly 5,777 years ago.