Return of the Branja 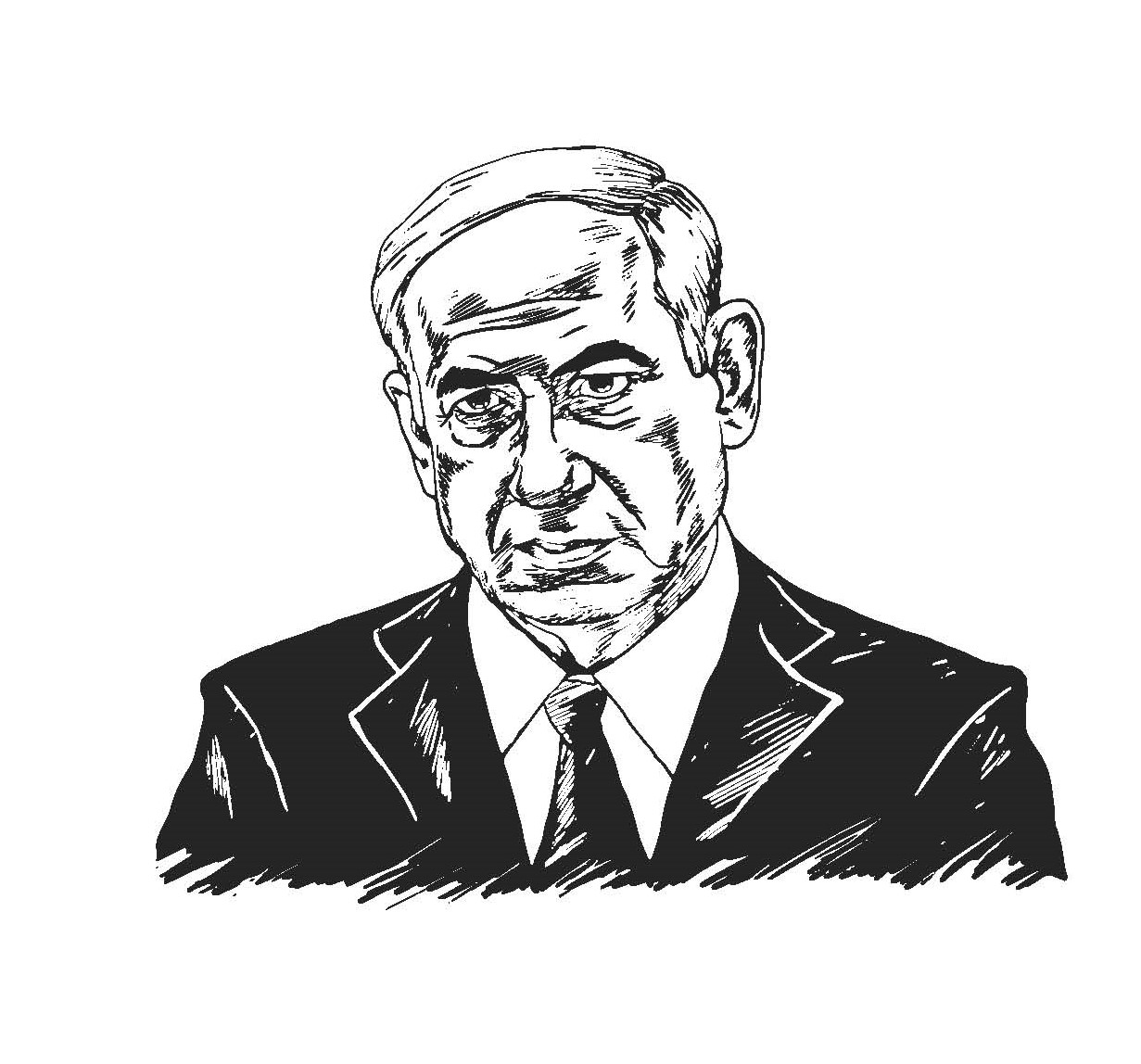 In a recent op-ed, Caroline Glick discusses the transcript of Israel’s Attorney-General Avichai Mandelblit discussing his decision to indict former prime minister Binyomin Netanyahu. The tape was either from a private briefing of sympathetic reporters at Ha’aretz or a talk to prosecutors in the State Attorney’s office. But in either case, it is clear that Mandelblit wanted it disseminated.

According to Mandelblit, Netanyahu “constituted a danger to democracy.” The specific threat, as outlined by Mandelblit, was that Netanyahu intended to change the system of judicial appointments and limit the power of the attorney-general.

Far from upholding Israeli democracy, it would appear from Mandelblit’s comments that it was he, and not Netanyahu, who threatens Israeli democracy. Philosophical differences over the proper method of appointing justices to the Supreme Court or on the powers of the attorney-general should not serve as the basis of a criminal indictment. And that is especially so when it is Israel’s current system of judicial appointment and the powers of the attorney-general which are glaring exceptions among with world’s democracies.

Mandelblit firmly placed himself in a long line of attorney-generals who have viewed their task as protecting from oversight the legal establishment – Supreme Court justices, the state attorney’s office, and the police – popularly known as the Branja. The most glaring example of the phenomenon was former Attorney-General Michael Ben-Yair’s decision to prosecute Justice Minister Yaakov Neeman shortly after his appointment.

The founder of Israel’s leading law firms and a prominent law professor, Neeman represented an unprecedented threat to the ruling clique in the State Attorney’s office. He was both one of Israel’s sharpest legal minds and not a member of the Branja.

As reported in Yediot Acharonot, shortly after Neeman’s appointment, Ben-Yair convened a meeting of top prosecutors in which he promised to make sure the new “dog” did not leave deep scratches on the furniture. The identity of the “dog” was made clear by Ben-Yair’s reading of a satiric article about the practices of religious Jews. Neeman was an observant Jew.

Shortly thereafter, Ben-Yair reopened a long dormant file alleging that Neeman had suborned perjury. Though he knew that he had no chance of securing a conviction, as both witnesses to the discussion in question denied the allegation, the ploy worked. Neeman resigned, never to return to the Justice Ministry, even after the charges were dropped and the prosecutors sharply reprimanded by the trial judge for bringing such a flimsy case.

He was replaced as Justice Minister by Tzachi Hanegbi, who was then under criminal investigation, which suited the legal establishment just fine. Knowing that the legal proceedings against him might one day reach the Supreme Court, Hanegbi was careful to do Court President Aharon Barak’s bidding on every issue, including judicial appointments.

In a 1996 interview with Ha’aretz, Israel’s leading constitutional scholar, the late Ruth Gavison, charged that the pretense could no longer be maintained that purely professional considerations governed the State Attorney’s office’s decisions as to whom to prosecute:  “What is bothersome is the feeling than an element of prosecution is present in the system. The system denies this, but the denial is no longer convincing because the accumulation of cases has become too great.”

MANDELBLIT’S IDENTIFICATION of Israeli democracy with the current legal structure, much of it judicially created by former Court President Aharon Barak, rather than with the standard definition of democracy as rule by the elected representatives of the population, is a throwback to the Barak era, when criticisms of the Supreme Court or the legal system were routinely dismissed as attacks on the “rule of law.”

Yet, what prevailed, as Barak’s predecessor as Court President Moshe Landau said in a Ha’aretz interview, was not the rule of law but “the rule of the judges,” who viewed themselves as some sort of Platonic Guardians dispensing wisdom – a task, argued Landau, for which they were singularly unqualified.

In fact, the Israeli legal system is totally anomalous in many respects. Israel has no written constitution. Nevertheless, Barak declared two 1992 Basic Laws, passed in the middle of the night, after scant debate, with less than half the Knesset members voting on either, the basis of a “constitutional revolution” and a “powerful tool to change Israeli society.” Subsequently, Barak announced that those laws include all sorts of “unenumerated rights,” which judges are entitled to determine based on the views of the “enlightened population” in whose midst they dwell – views for which the judge, Barak candidly admitted, seldom need to inquire beyond his or her  own preferences.

At the same time he proclaimed a constitutional revolution, Barak did away with all traditional legal rules of standing to determine who could petition the Court and of justiciability to determine what subjects were fit for judicial resolution. He even declared that the Court had the authority to review troop movements in time of war. The result, in Gavison’s words, was that the Israeli Supreme Court appropriated to itself the right to decide basic societal norms to a greater degree than any other Supreme Court in the world, and on matters about which its opinions carried no more weight than those of Torah leaders, such as the late Rav Ovadia Yosef.

Further, Barak sought to enforce uniformity of views on judicial power throughout the legal system and in perpetuity by using the control of three sitting justices of the Supreme Court over the nine-member judicial selection committee. The three sitting justices always voted in tandem, and could in almost every instance depend on picking up the other necessary votes from the other members of the committee, including the head of the Bar Association and both opposition and coalition Knesset members.

No one whom the justices strongly opposed was ever selected, leading the system to being dubbed “a friend brings a friend.” And the result was, said Gavison, a Court that constituted a “kind of closed sect, which is too uniform and which effectively perpetuates itself.”

Barak’s insistence that no opposing views be allowed to creep into the Court’s work reached its height when he actively opposed then Justice Minister Tzippi Livni’s attempt to elevate Ruth Gavison to the Court. Gavison was the one legal scholar in the country with the intellectual firepower to challenge Barak.

To prevent Gavison’s appointment, Barak had to make all sorts of embarrassingly stupid arguments – e.g., that Gavison had “an agenda.” That the country’s leading constitutional scholar should have views on the proper roles of the legislature, executive and judiciary in a parliamentary democracy occasions no surprise. Certainly, no one had a more full-blown judicial philosophy that Barak. The problem was not that Gavison had an agenda, but that she had the wrong one, and Barak could not bear to see his legacy threatened as he was set to retire from the Court.

Thus, under Barak’s rules of standing and justiciability, any citizen of Israel, and even non-citizens, can challenge any government decision by petitioning the Supreme Court sitting as the High Court of Justice (BaGaTz). The only party in Israel that cannot gain a hearing on its legal claims is the government itself. A negative opinion from the attorney-general, and it’s game, set, match – the government loses.

That power vested in the attorney-general, which is unprecedented anywhere else in the democratic world, effectively makes him the Court’s emissary to control the executive branch. Attorney-general is a traditional stepping stone to the Israeli Supreme Court, and an ambitious attorney-general will be well versed in the world views of the justices and loathe to disappoint them, since they control his or her appointment. In many instances, the justices may prefer low visibility decisions by the attorney-general to their having to engage in the messy process of offering reasons for their edicts.

The irony is that over his long tenure, Binyomin Netanyahu never addressed the anomalies and distortions in the Israeli legal system when he had a chance to do so. And now he finds himself on trial for his belated attempts to rein in the Branja.