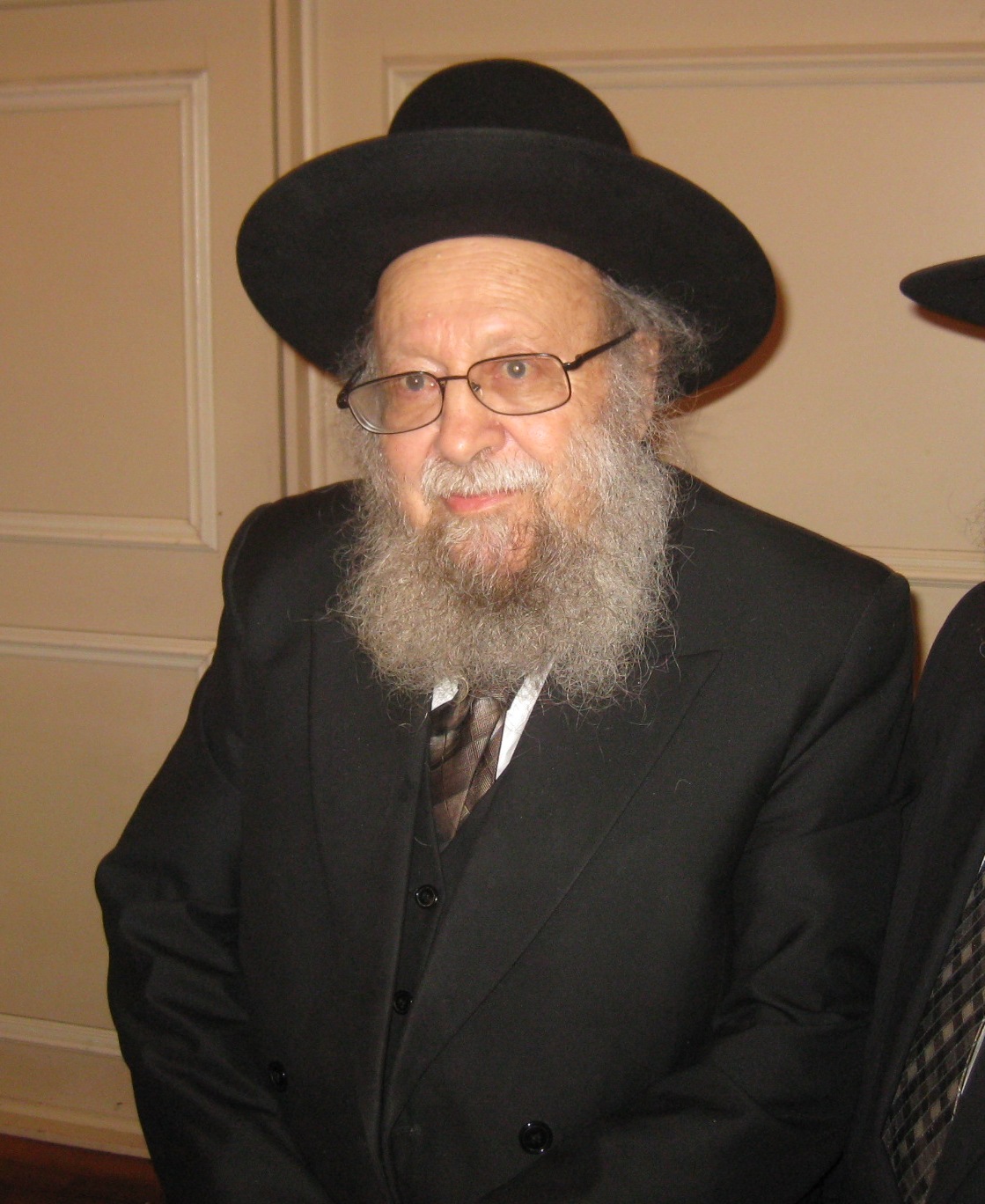 For 76 years, Rav Reuven Scheiner’s day revolved around Yeshiva Torah Vodaath, from his teenage years walking to his beloved yeshiva around the corner from his parents’ apartment home on Bedford Avenue to his later years when he would stride down Boro Park’s 16th Avenue, tape recorder stuck to his ear, as he made the trek to the yeshiva in Flatbush.

Rav Scheiner, 88 years old at the time of his passing Monday morning, left behind a family loyal to the Torah atmosphere in which he and his rebbetzin raised them, as well as thousands of talmidim he taught over 51 years as a maggid shiur and the chinuch that radiated from him.

“The middos that characterized him were his ahavas haTorah and ahavas Yisroel,” said Rabbi Nosson Scherman, a lifelong friend and erstwhile neighbor and chavrusah of the niftar. “He was a masmid. He was a gutskeit. He was totally devoted to talmidim and friends. He had a tremendous influence on talmidim — not just as a maggid shiur, but a personal inspiration.”

Rabb Scherman, general editor of ArtScroll/Mesorah Publications, said that he knew Rav Scheiner for seven decades. They lived in the same house, with Rav Scheiner being his landlord, chaver in the Bais Medrash Elyon kollel, learned together, and baked matzos together for fifty years.

“His whole life,” Rabbi Scherman said, “he kept on growing and growing.”

Rabbi Yosef Chaim Perlman, a dayan in Flatbush and Rav Scheiner’s chavrusah for the past six years, said that he would marvel how he kept track of all his talmidim, whom they married and where they lived. He would meet them years later and “have such nachas seeing them,” he said.

Rav Scheiner was born in Scranton in 1931 to Reb Shmuel Yom Tov and Eidel Scheiner, a couple with a deep reverence for Torah and rabbonim. They were simple people — the father drove a truck and the mother worked in a bakery — but they merited having their children serve as Torahleaders or be married to one.

When Rav Shraga Feivel Mendlowitz, the future visionary who changed the American Torah scene from his perch leading Torah Vodaath, first came to the United States, he lived in Scranton for several years, eating some of his Shabbos seudos at Rav Scheiner’s grandparents’ home until he was able to bring his family over from Hungary.

Rabbi Scherman recalled the young Reuven as an American boy who went to public school, transferring to yeshiva in sixth grade when the family moved to Williamsburg for the chinuch of their children. They chose their apartment because it was near Torah Vodaath.

Reuven Scheiner did so well in his new environment that he was skipped seventh grade by his rebbi, Rav Kaplan, an old school mechanech from the original Polish town of Mir. The first time Rabbi Scherman remembered hearing his friend’s name was when he was in Rav Kaplan’s class a few years later. “Scheiner is one of the skippers,” Rav Kaplan would say.

From there, Rabbi Scherman said, Rav Scheiner just “grew and grew.” He learned under Rav Reuven Grozovsky for several years and was a talmid of Rav Elya Chazan and Rav Gedaliah Schorr.

Rav Scheiner once asked the Satmar Rov a question in learning. The Rov gave an answer, but later changed his mind, and sent him a message to return to him. Rav Scheiner later discovered that the Rov had thought about it so much that he came late to his tish because of it.

After Rav Scheiner graduated mesivta, his parents, like almost all parents in those days, urged him to attend college. He asked Rav Gedaliah Schorr what to do. The rosh yeshiva advised him not to put up a fight over the matter. “Go for one summer,” he suggested, “and then request permission to go back to yeshiva. If you don’t fight with them, it’ll be easier to convince them.”

Rav Scheiner obeyed. He went to college for a single summer. After that, his parents said that they didn’t mind if he goes back to yeshiva.

Rav Scheiner married his wife, Rebbetzin Shoshana, a daughter of Reb Chaim Lichtenstein, a fervent chassidishe Yid, who owned a hall on the Lower East Side. Together, they established a family of rabbonim, philanthropists and ehrliche Yidden.

Rav Scheiner became a maggid shiur in the yeshiva over fifty years ago, forming and shaping an untold number of talmidim with his clear shiurim and shining example.

“Ahh!” he would say with relish when beginning to learn. “Arein ge’arbet!”

Rav Yisroel Reisman, rosh yeshiva of Yeshiva Torah Vodaath, said at the levayah that he received the news of Rav Scheiner’s petirah while he was at Camp Agudah. Several people sat around and were talking about the impact Rav Scheiner had on them, when one of them burst out, “He made me.”

They thought at first that he made him into a talmid chochom, Rav Reisman said, but the person said that it was far deeper than that.

“He made me in Yiddishkeit,” he stated. “I love Yiddishkeit because of him.”

Rav Scheiner had a great sense of humor, though “never at someone else’s expense,” Rabbi Scherman recalled. He remembered one Purim when someone came to the door collecting money. Rav Scheiner, who was a bit Purimdig, gave him a cup of wine and called out, “Shava kessef!” the Gemara term for something that is not currency but has monetary value.

“He then held out his hand and said, ‘Change!’ when, of course, he gave him a dollar,” Rabbi Scherman said with a chuckle. “Everything about him was Torahdig, even his casual conversation and humor.”

He had a special affection for Eretz Yisroel. He started going there with his younger children for the summer, taking them on trips around the land, with a special emphasis on performing the mitzvos that can only be done in Eretz Yisroel.

With time, other people began asking that he take along their children with him for the summer. Eventually, Rav Scheiner opened a summer program in Eretz Yisroel, the first such program that catered to heimishe bochurim.

Rav Scheiner taught for many years, retiring six years ago from official teaching. He then continued going to the yeshiva, but would sit and learn among the bochurim, not at his usual place in front.

“Until now I was a maggid shiur and that was my place,” he explained. “Now I’m a regular yeshiva bochur.”

In recent years, when he was too weak to walk, he would have chavrusos coming to his house to learn.

“He was always a mevakeish,” said Rabbi Perlman. “He respected every talmid chochom.”

The levayah was held Monday afternoon at Torah Vodaath, followed by another one Tuesday at Shamgar in Yerushalayim. Kevurah took place on Har Hazeisim.

“I don’t think that there was another rebbi or rosh yeshiva like Rav Scheiner,” said Rabbi Gottdiener, the yeshiva’s executive director. “He had tremendous hakoras hatov to Torah Vodaath. From the time he got here, he lived it, he breathed it, and he loved it. He, his sons and his sons-in-law all continue to remain connected to the yeshiva.”