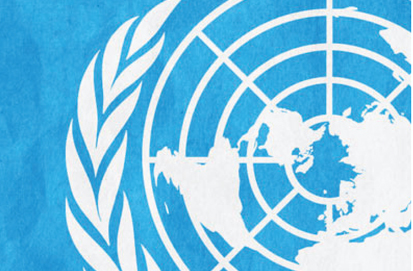 President Barack Obama’s odious action in refusing to veto UN Resolution 2334, in accordance with over 50 years of bipartisan precedent of protecting Israel from these anti-Semitic onslaughts, has already received a number of popular sobriquets. The “December Surprise,” “Parting stab in the back from the president who claimed to have our back,” “Obama’s Dark Betrayal,” “Obama’s anti-Semitic U.N. act” and many others surely assure that the outgoing president’s legacy on the Mideast will be his petty and venal treachery against America’s only trustworthy ally in that part of the world, to say nothing of the only democracy in the Middle East.

Several months ago, just after Sukkos, in a column titled “The Uses of Disappointment,” I discussed the teaching of my rebbi, Rav Yitzchok Hutner zt”l, about other historical disappointments in secular rulers who were thought to be our friends and saviors. We learned that “the purpose of these disappointments was to free Am Yisroel from falling into the ‘lure of the nations,’ …the new sakanah of our becoming enamored by the power, culture, seeming graciousness and promises of the gentile world.”

The rosh yeshiva offered examples of “friends who disappointed us,” such as Churchill, FDR and others, who may be praised by historians and the general populace, but from whom Klal Yisroel learned a bitter lesson. It is possible that Mr. Obama did not disappoint, because from the moment of his inauguration itself we had very few illusions or expectations of civility or fairness toward the Jewish nation. Yet, one can certainly hear the echoes of the rosh yeshiva’s approach in the shocking and cynical Erev Chanukah blow inflicted by President Obama and later Secretary of State John Kerry.

However, there is another, similar but more direct daas Torah interpretation of these distressing events. Rav Avrohom Pam zt”l, rosh yeshiva of Yeshiva Torah Vodaas, actually defined “the purpose of the United Nations” according to Torah hashkafah in 1984. In an essay published in his sefer, Atarah Lamelech (page 143), and translated into English (Shabbos With Rav Pam, page 98), Rav Pam raises the ancient question of why Paroh didn’t expel the Jews from Egypt. After all, “if he was so afraid that [the Bnei Yisroel] would be collaborators against him, and by their miraculous population explosion…they would soon outnumber the Egyptians, why didn’t he just let them go?”

In answering, Rav Pam quotes Rav Shlomo Kluger zt”l (Imrei Shefer, Shemos, page 38) that “it would have been a disaster of epic proportions if the geulah from Egypt would have come about…with Paroh playing the role of the ‘Great Emancipator.’ Instead of Klal Yisroel being free from Paroh…we would have been eternally indebted to Paroh.”

We may add parenthetically that the Chiddushei Harim points out that Parshas Beshalach begins with the word vayehi, which signifies something bad or detrimental. What was so bad about Paroh “sending out the nation”? He answers that this very thought, that it was Paroh who sent us out of Egypt, was a major stumbling block for many Jews, since, as Rav Shlomo Kluger notes, a large part of the purpose of the exodus from Mitzrayim was in fact that “we should realize that only Hashem is our Redeemer and certainly not Paroh.”

We return to Rav Pam’s seminal teaching on this crucial subject. “The necessity of geulas Mitzrayim coming through the direct miraculous intervention of Hashem,” Rav Pam writes, “explains much of what has happened” in recent Jewish history. “The exodus from Egypt is the prototype of the Final Redemption, which will occur with the coming of Moshiach… It, too, will take place without the benevolent assistance of the nations of the world, even those whom the Jewish people consider their friends and allies. When the great day of the Final Redemption will come, Klal Yisroel will owe thanks to no one but the One above.”

Rav Pam then goes on to shed light on “the inexplicable hatred the nations of the world have for Jews and for Eretz Yisroel.” He sharply depicts the irrational support of the world at large for the so-called Palestinian cause, when “in the vast expanses of Saudi Arabia alone there is enough space” for them all. Rav Pam’s explanation for this phenomenon is, once again, that “Hashem is paving the way for the Final Redemption…so that Klal Yisroel’s exclusive debt of gratitude will only be to Him.”

Now, for the most important and relevant part of Rav Pam’s exposition, he turns to the disreputable and often futile organization known as the United Nations. I will quote, unusually for this column, the full statement by Rav Pam because of its importance and pertinence: “This idea explains the purpose of the United Nations…in Hashem’s grand scheme to bring the world to its ultimate fulfillment. The U.N. accomplishes very little and is virtually powerless to enforce its proposals and resolutions. What is its purpose? Perhaps the answer is, as the Gemara (Avodah Zarah 2b) says, that when the End of Days arrive, all the nations of the world will come before Hashem and demand reward for all the good they had done for the Jewish nation. Each will describe how it built projects to make life easier for Klal Yisroel. Hashem will ‘seal their mouths’ and show them how everything they did was for their own benefit…with the thought of helping the Jewish nation the farthest from their true intentions.”

Rav Pam now discovers a true role for the U.N. to play in the eschatology of Israel.

“While the Gemara makes no mention of the U.N., it is safe to say that it will play a major role in refuting the claims of the nations of the world that they did things to help Klal Yisroel. The purpose of the U.N. in Hashem’s plan is to serve as a permanent unimpeachable record of the hatred of the nations for Am Yisroel. Every speech is recorded. The tallies of every anti-Israel vote and resolution are documented. All the fiery condemnations by the Arab, Soviet and Third World blocs and the deafening response of the total silence by the others will serve as clear, indisputable evidence of the true feelings of the world toward Israel and the Jews. What other purpose can there be for this ‘do-nothing organization?’ Its cynical biased behavior should not shock or depress us. It is merely the final step in Hashem’s plan to bring the geulah, following the prototype of Yetzias Mitzrayim. This realization should be of great consolation to us in trying to understand the happenings of our troubled times.”

Are these not prophetic and illuminating words from a gadol who did not know, or need to know, the most recent perfidy of a so-called friend and ally? The clarity of Rav Pam’s analysis shines through, needing no further proof, even if the reality of its exposure of evil is painful and exasperating.

Nevertheless, let us add two footnotes to his prescient words. Chazal (Tanna Devei Eliyahu Rabbah 5) describe the incredible scene in the heavenly House of Study that will take place in the future when Moshiach arrives: “Hashem is sitting in His bais hamedrash, surrounded by the righteous of the generations. Each tzaddik shines with his own unique radiance, based upon the Torah he learned and absorbed. The angels stand near them, silently crying, but declare, ‘Ashreichem Yisroel – Fortunate are you, O Yisroel, for now all the pain, suffering and misery are over. Now all the greatness and accolades belong to you…At that time, all the nations will declare, ‘Ashrei ha’am shekacha lo ashrei ha’am sheHashem Elokav – Praiseworthy is the people for whom this is so, praiseworthy is the people whose G-d is Hashem’ (Tehillim 144:15).”

The era of Moshiach will not only be defined by perfection. It will also embody the vindication of Klal Yisroel. Those who were supportive of us will bask in their association, friendship and at least encouragement of Am Yisroel. The righteous gentiles of the world will be amply rewarded for their rapport and solidarity with us, but most of all, they themselves will feel validated for having done that which is right, often against the numbers and odds. However, those who took the immoral, easy way out will be consigned to the dust-heap of history, at best forgotten, at worst to now suffer the everlasting scorn and contempt of all good people.

The Brisker Rov zt”l (beginning of Chiddushei HaGriz on Chumash and stencil edition No. 150) asks an interesting question. We learned the Gemara in Maseches Avodah Zarah describing how the Romans and our other enemies will attempt to justify their actions as having been done “for the sake of Yisroel.” Now, this scene will take place when there is absolute transparency in the world. There will no room for falsehood or deception. How could anyone, in that time of emes, even presume to present mendacity instead of the truth?

The answer is that even our most bitter enemies will see clearly that everything proper and useful in the world was created and built for those who study and uphold the Torah. It will be so obvious that they will, for the moment, be under the delusion that they, too, were fortunate enough to be part of that noble process. But Hashem will swiftly disabuse them of their self-deception. That is why Hashem will tell them that they are fools, not that they are liars. They actually tell the truth that whatever they built was for Am Yisroel, but because that was not their intention, they are not only not rewarded, but must suffer eternal rejection and chagrin.

This is ultimately both Rav Pam’s message and that of Chazal through the ages: Do not worry about the petty tyrants and anti-Semites who cherish their minor victories. Keep your eye on eternity and the shining light of Moshiach will reduce all of our enemies to the puny insignificance they represented all along. Let us hope and pray that this latest affront to Klal Yisroel will be the last on the long road to our ultimate vindication.