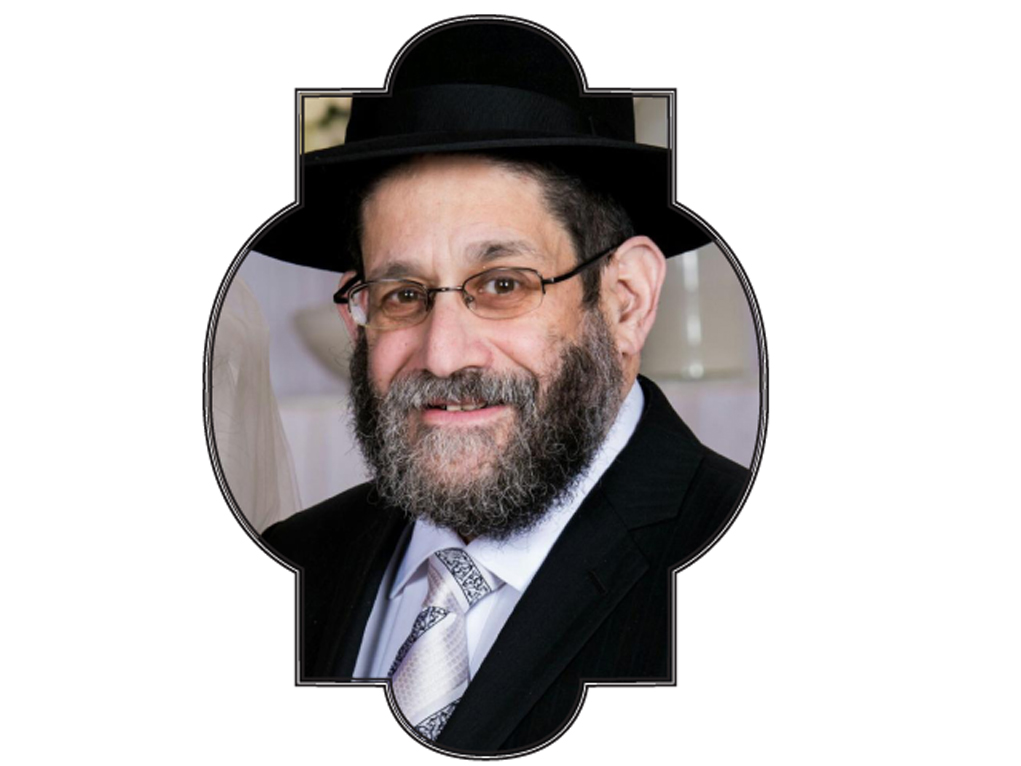 Last week, Lakewood suffered the irreplaceable loss of one of its gedolei talmidei chachomim with the untimely passing of Rav Feivish Kahan zt”l at the age of 56. Rav Feivish was the ultimate paradigm of a talmid chochom in all areas of Torah who spent his entire life immersed in limud haTorah b’iyun.

In addition, he possessed the remarkable middah of anavah, and despite his towering gadlus, he did not seek accolades or want any credit or kavod. He wanted only one thing: to learn Toras Hashem, all day, every day.

Indeed, with the passing of a Yid of the stature of Rav Feivish, whose Torah learning undoubtedly served as a protective shield for the entire Lakewood community, each and every resident of Lakewood and beyond has been afflicted with a personal aveilus.

Rav Meshulem Feivish Kahan was born 56 years ago in Brooklyn. Already at a young age, his exemplary middos and ahavas haTorah shone through. As a bochur at the Yeshiva of Eastern Parkway, he was considered the muvchar shebechaburah. His classmate and chaver from those days, Rav Mordechai Dick, rosh yeshiva of Yeshiva Heichal HaTorah of Staten Island, recalled that in yeshiva, Rav Feivish was by far the gadol shebechaburah, and all of the bochurim looked up to him as the one who could answer their questions. As a bochur, he symbolized profound hasmodah and yedios.

His rosh yeshiva, Rav Chaim Leib Epstein zt”l, would say, “When I see R’ Feivish coming to ask me a kushya on the shiur, I already start contemplating whether I will have to rethink the chiddush and deliver a different shiur. He had such a glatte kop that his questions and insights always got right to the heart of the sugya.”

Similarly, during his first years in Lakewood, his phone didn’t stop ringing during the chavrusah tumult at the beginning of each zeman. So many people wanted him to be their chavrusah because they knew that learning with Rav Feivish would open up new vistas of lomdus, in-depth understanding and hasmodah.

A Home that Embodied Ahavas HaTorah

More than thirty years ago, Rav Feivish married his distinguished rebbetzin. Mrs. Kahan was a true connoisseur and understood the tremendous zechus that it would be to share her life with a gadol baTorah who spent his every spare moment immersed in Hashem’s Torah. Indeed, she served as the ultimate eizer kenegdo, undertaking the yoke of parnassah for their family of eleven children.

Upon their thirtieth anniversary, Mrs. Kahan expressed the profound joy that she felt having merited a husband who was learning Hashem’s Torah with such tremendous hasmodah for thirty years, a remarkable zechus that few people merit.

For more than thirty years, Rav Feivish remained one of Bais Medrash Govoah’s treasures. As the world changed, and as time went on, the only thing that mattered to Rav Feivish was the timeless chashivus of every minute of limud haTorah and another chiddush in Torah. At the shivah, one of his sons related, “My father had nothing in this world that gave him more pleasure, nothing that gave him a deeper sense of contentment and fulfillment, than Torah and avodah. If we wanted to give him pleasure, the ultimate ‘Slurpee’ that we could give him was a good teretz to a difficult kushya!”

All of Rav Feivel’s friends and chavrusos attest to the fact that he had the ultimate, quintessential glatte kop, a clear mind with a unique ability to plumb the depths of a sugya while breaking down even the most seemingly complex, confusing matters with breathtaking clarity.

Great talmidei chachomim in Lakewood who had questions on difficult sugyos knew to seek out Rav Feivish at Bais Medrash Govoah or at Bais Medrash Kol Shimshon, where he was one of the pillars. Within a few minutes, everything would become clear.

As for Rav Feivish, he was so humble that he truly did not think of himself as anything other than a yungerman learning in yeshiva. Rav Yeruchem Olshin, rosh yeshiva of Bais Medrash Govoah, related that Rav Feivish was the ultimate manifestation of shayif ayil, shayif nofik.

He learned Torah mitoch hadechak for over thirty years, all the while raising his wonderful family of eleven children, imbuing them with the ideals that there is nothing more fulfilling than limud haTorah and there is no richer person than the one who is zocheh to devote every waking hour to Torah and avodas Hashem. His family felt truly wealthy because of those very values. They understood that material wealth is unimportant, and that it is something that comes and goes, while the wealth amassed through a lifetime of Torah mitoch hadechak is eternal.

Two years ago, Rav Feivish was diagnosed with a terminal illness. Since then, he suffered terribly, but he still held on to his lifeline, his Torah learning. He served as a personification of the words of Chazal, “Zos haTorah…adam ki yomus b’ohel.” Throughout his suffering, he transcended the travails of this world, elevating himself through learning Torah to a different realm, a realm of neshamah that was above and beyond the torturous pain that his body was suffering due to the ravages of his illness.

Perhaps the emotion-filled hesped of Rav Yeruchem Olshin best encapsulates the profound loss sustained by the entire community and the lofty greatness of Rav Feivish. Rav Yeruchem spoke about the geshmak in learning that Rav Feivish possessed. He spoke about what a life devoted to limud haTorah was and emotionally exclaimed, “Rav Feivish, when you come up to the Bais Din Shel Maalah, the light of the Torah that you learned will accompany you and pull you right into Gan Eden. A person who learned Torah for so many years mitoch hadechak, with such profound hasmodah, without any desire for honor, has nothing to worry about!”

Certainly, Rav Feivish will serve as the ultimate meilitz yosher for his distinguished wife, who was his equal partner in Torah; for his beloved eleven children, ten of whom are still unmarried; and for the entire city of Lakewood, which served as the home for this sparkling, refined, hidden gem in our midst.