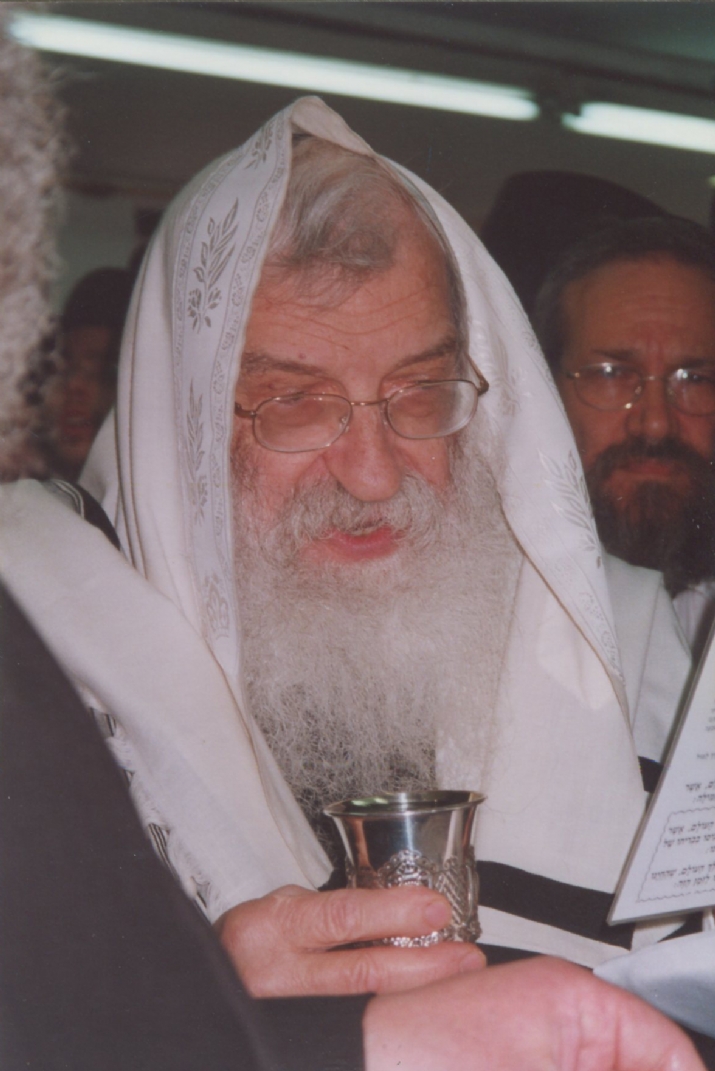 I felt like a grandchild. I was a grandchild, as were any children of talmidim who cared to retain a shaychis with the rosh yeshiva, Rav Dov Schwartzman ztâ€l. He loved us and cared for us. When we visited him or if he would visit us (usually once a year, when he would visit his alumnae before Pesach), he would greet us with a kiss. He would talk to each of us separately, inquire about our wellbeing, and â€œfarherâ€ us briefly.

Once, when I accompanied him, someone asked what my relation to the rosh yeshiva was. The rosh yeshiva answered, “He is my grandchild.” To him, the words of Chazal, “Talmidim harei heim kebonim,” were a reality and, therefore, “bnei talmidim” were grandchildren.

I spent a summer in Eretz Yisroel with some other bochurim in an apartment that was in a building next door to the rosh yeshiva. I fell and needed stitches and a phone. I felt totally comfortable knocking on the rosh yeshiva’s door to ask him to use his phone. He asked me why I would call and wake up my parents in middle of the night when there was nothing they could do anyway, since they live in America. “I’ll take care of you,” he said.

He called his driver and drove with me from Sanhedria Murchevet to Dr. Bluch (his brother-in-law) in Bayit Vegan. Dr. Bluch suggested that we go to Magen David Edom. He accompanied me there, through the procedure, and paid for me. (I did not have money on me; I paid him back). He even arranged to have his brother-in-law perform the follow-up checkup. That Tisha B’Av, I davened in his yeshiva, Bais Hatalmud, where he spotted me in the crowd, walked over to me, and asked how I was feeling.

When I was of age to learn in Eretz Yisroel, I spoke to the rosh yeshiva, as I was in a quandary as to where to go. There wasn’t a chaburah from my yeshiva that would be going to a specific yeshiva. The rosh yeshiva told me, “Come to me and I’ll take care of you.” He did. He arranged chavrusos for me in his kollel and gave me an opportunity to develop a very close relationship with him. Once, I was stuck without a chavrusah, as my chavrusah had left the yeshiva three weeks before the end of the zeman. The rosh yeshiva came every day and learned with me for those three weeks.

There was nothing that was “beneath him” or bothered him on a personal level. There was a bochur, also a child of a talmid, who was learning in Bnei Brak and asked to sleep in his apartment the night of Megillah laining. This bochur came to the apartment intoxicated and vomited. The rosh yeshiva cleaned up after him. The next morning, when I came to visit the rosh yeshiva on Purim, the bochur, who was quite embarrassed, asked me to beg mechilah for him from the rosh yeshiva. I did not have the courage to ask the rosh yeshiva until we reached the middle of the seudas Purim. After I had consumed a few cups of wine, as did the rosh yeshiva, I asked the rosh yeshiva if he would be mochel the bochur. He asked, “For what?” I said, “That the rosh yeshiva should not have a hakpadah for cleaning up after him.” He said, “Lo hikpadeti al af echad bachaim sheli” (In my entire life, I never held hakpados on someone). Incredible!

I spent many Shabbos meals with the rosh yeshiva and, tbl”c, his rebbetzin. I would usually bring other bochurim along and they would come prepared with questions on the sugya that they were learning. The rosh yeshiva would answer any serious kasha. If the bochur would question the rosh yeshiva’s answer, we would be zocheh to rischa de’oraisa.

I always came prepared with a list of questions on the parsha. He would answer most of them. To a question that would require a lengthy explanation, the rosh yeshiva would usually smile and say, “Ani lo yodeia” (I don’t know). His daughter then taught me a trick. When the rosh yeshiva was ready to say a devar Torah on the parsha, she instructed me to bring the rosh yeshiva a Chumash opened to the part of the parsha that I wanted him to speak about. From then on, I almost always got my answers. He also very much enjoyed questions about the explanation of the Shabbos zemiros on which he would expound.

Part of the rosh yeshiva’s greatness was his ability to hide that very greatness. When you were in his presence, you did not feel that he held himself in higher regard than any other person around him. One felt at ease shmoozing or relating an amusing story just as one did talking to him in learning.

I went with another bochur to the rosh yeshiva’s house to break the fast after Yom Kippur. The rebbetzin was not yet home, as she was busy driving home those children and grandchildren who had come to daven together with the rosh yeshiva in Bais Hatalmud. The rosh yeshiva inspected the contents of the refrigerator and found some chicken soup. He added water to it, put it onto the fire to warm up, and served us. I am embarrassed to say it, but I did not feel uncomfortable.

With careful observation, one noticed many dikdukei mitzvos and hanhagos. I noticed that the rosh yeshiva got up from the table after the fish and I asked him about it. He explained to me that with his real teeth, the shnapps was enough to remove all the taste of the fish. However, with dentures, he felt it was necessary to rinse them off in the sink to remove any lingering residue.

On Motzoei Shabbos, the rosh yeshiva always waited until the zeman of seventy-two minutes to do melacha. For many years, he would only eat matzoh up to a month after Pesach until he was sure that he could get bread that did not have a chashash of “chometz she’avar alav haPesach.” None of his chumros were ever imposed on anyone, not even his immediate family.

When food was served, if I was sitting next to him, I would try to serve him. I asked him if he wanted the dish that was being served and he would say, “Lo rotzeh” (I do not want). This circumstance repeated itself a few times, until I noticed once that after he refused my services, the rosh yeshiva served himself from that platter. The next time, instead of asking, “Does the rosh yeshiva want?” I introduced the course with, “Efshar lehagishe” (May I serve…) and the rosh yeshiva acquiesced. Food was a necessity, not something he “wanted.” (Sometime later, I slipped and asked, “Does the rosh yeshiva want…?” and I received a resounding, “Lo rotzeh!”)

His doctor once told him that he must go on a diet. Much to the rebbetzin’s chagrin, he basically stopped eating for a week and lost ten pounds.

He wouldn’t flaunt his knowledge, either. When asked, he would humbly answer, “If you say this and you say that, then you could answer your question” (If you argued with him, it was a different story!)

An old friend of his told me that, as a bochur, the rosh yeshiva never shlugged up one of his roshei yeshiva in Chevron in the middle of a shiur. After the shiur, the roshei yeshiva would ask him his opinion and he would discuss it with them. Rav Moshe Chevroni and Rav Ahron Cohen, the latter two times, retracted their shiurim at the following week’s shiur, prefacing it with, “I was speaking with Berele, etc.” In my experience, his arguing in learning was purely bakoshas ha’emes or out of simcha.

Everyone who knew the rosh yeshiva misses him and feels the gaping hole left by his absence. May Hakadosh Boruch Hu fill the void speedily with the coming of Moshiach and the immediate techiyah of the tzaddikim of all generations.