Rabbi Shmuel Kunda zâ€l He Touched Our Hearts, He Moved Our Souls 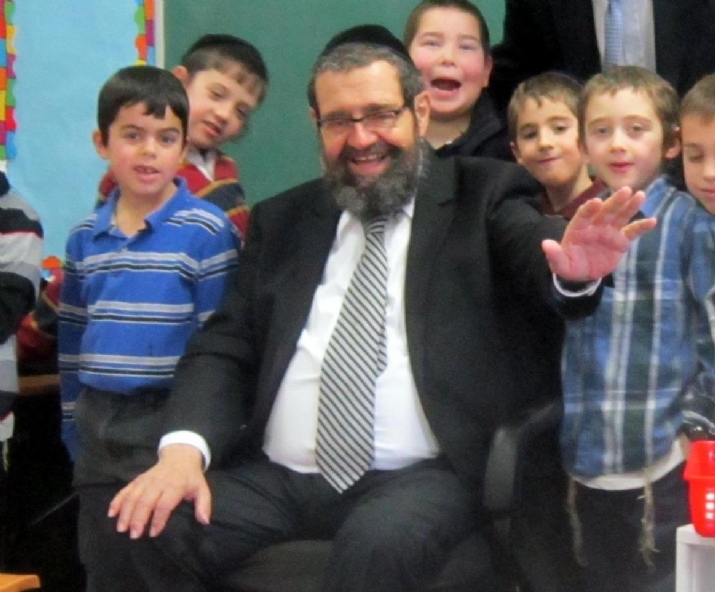 Those who never met him felt like they knew him. And they did. He had played such an impactful role in their and their children's lives. They knew his smile, his wisdom, his wit, and his insight into human nature.

They knew his simchas hachaim, his ahavas Yisroel and his ahavas Hashem.

Rabbi Shmuel Kunda was one of a kind in every sense. Saying this can sound trite. In Rabbi Kunda’s case, it couldn’t be truer, because he broke new ground in his years of creatively educating the young English-speaking population.

Rabbi Kunda was known primarily for his productions and recordings geared for children, but his life’s work and his creative achievements were far from child’s play. They were pure genius. They were brilliant in their simplicity, yet exceptional in their ingenuity. They were trailblazing and strikingly original in nature. Above all, they were infused with genuine love of the Ribono Shel Olam and the wonderful lifestyle we are privileged to follow.

For many of us, Rabbi Kunda’s works were as much a part of our childhood as almost anything else we can think of. With so many things vying for our attention, nothing was as enjoyable and captivating as sitting down and listening to Rabbi Kunda’s latest release. And after listening once, we’d listen again. And again. And each time, we’d hear a kneitch we hadn’t picked up on the first time around. We’d uncover another layer of inventiveness and talent of this master of his craft.

I always considered myself a fan of Rabbi Kunda, perhaps even an aficionado of his works. (Don’t we all?) But it was only last Tuesday night, when I realized that this remarkable individual was no longer with us, that I comprehended just how much I admired and loved this man, who opened his heart and soul to us all, bringing smiles and laughs like few others, while teaching timeless lessons ofhashkafah and middos tovos at the same time.

It was with a heavy heart that I learned of Rabbi Kunda’s passing. Several years ago, I wanted to interview Rabbi Kunda for this newspaper, questioning him about his career and his secrets to success. I wished to learn how he acquired the rare skill to tap into the psyches of youngsters and the young-at-heart. What was his formula? How would he apply it to today’s world, when it seems to be more and more difficult to grab the attention of young boys and girls, who are often uninspired or uninterested?

I never got the chance to speak to him then. He was already feeling unwell and I felt bad burdening him. Unfortunately, I never got to ask him the many questions I had. I wished to learn from him how he would recommend we impart the geshmak of Torah and mitzvos to children just as he did.

Indeed, his work wasn’t child’s play. It was holy work. It was a labor of love. It was an occupation that he took seriously, because he knew the responsibility that lay in his hands. He never approached a project haphazardly. He invested weeks, months and even years to come up with ideas and concepts that would be conveyed properly, with a message that would be humorous, entertaining and educational all at the same time.

Achieving this balance was Rabbi Kunda’s forte. He always seemed to strike just the right note in each of his innovative undertakings. A proof of his sensational hatzlacha was that his “fan base” was comprised of people young and old, boys and girls, men and women, zaidies and bubbies, mechanchim and mechanchos, and maggidei shiur and laymen alike. Every person, in their own way, learned something from or was stimulated and motivated by Rabbi Kunda’s messages and lessons.

I still wonder how, using mostly his G-d-given talent with little technological assistance or wizardry, he managed to create a genre of Yiddishe entertainment and chinuch tools like no other before and no other since.

He created figures and personalities that inspire and entertain my own young children just as much as they kept me enraptured twenty years ago, when I sat and listened to When Zaidy Was Young again and again and again with my ear pressed closely against my little tape recorder or the speaker of our dining room record player.

I know I am not alone when I say that when I hear strains of The Longest Pesach, I can literally smell the aroma of Pesach food being prepared in my mother’s Pesach kitchen. I can almost sense the cleaning taking place around me. Pesach preparations were – and are – never complete without Uncle Simon’s grouchy voice and the Nodah B’Yehudah’s reassuring words in the background.

But beyond the humorous aspects of Rabbi Kunda’s tapes was a unique individual whose zest for life and love for people were contagious. It is no wonder that people cherished being in his presence. He always had a positive word to share and a compliment to bestow.

I entered my car last Tuesday night shortly after learning of Rabbi Kunda’s petirah. It was no coincidence that the CD that immediately began playing as I turned on the ignition was none other than When Zaidy Was Young. It is truly amazing, astounding in fact, that in 2012, over 20 years after the 1991 release of that magnificent tale, the CD of choice for my kids is the very same one that captured the imaginations of children who are now parents themselves. From Faigy and her nightly drinks, to Uncle Isidore and his carnivorous flesh-eater in the bathtub, and Sydney the Sparkling Seltzer Man shlepping his jalopy down Division Street, the sounds and themes of Rabbi Kunda’s albums are timeless. They are transcendent.

When I got home, I opened my desk drawer, where I store some personal letters and cards I have received over the years. Two of my cherished envelopes came from Rabbi Kunda’s 51st Street address in Boro Park. In one instance, as a child, I had written to him requesting the lyrics to two songs, one from The Longest Pesach and one from The Talking Coins. Rather than simply mailing me the song sheets, Reb Shmuel personally decorated the envelope he sent them in with a drawing, in his signature style, of a matzoh and a Kiddush cupboth wishing me a “very happy Pesach.” As a child, I was thrilled to pieces. That Rabbi Kunda took the time to personalize an envelope to a child he did not know at the time did not go unnoticed by me.

The other correspondence I received from him was following a “Zaidy” contest he had held. Kids (of all ages) were given the opportunity to answer trivia questions about his two When Zaidy Was Young albums, with the opportunity to win prizes. Rabbi Kunda personally reviewed the answers I submitted and wrote a personal note on top, stating, “Yitz, you did a great job! Almost perfect! Wow! Shmuel Kunda.” Right next to his signature is a picture – again, in his winning style – of a boy whose yarmulka is flying off from excitement. Vintage Shmuel Kunda.

It is difficult to put into words what Rabbi Kunda’s enthusiasm and imaginative approach were like. When simply hearing his voice, reading his writings, or seeing his drawings, one can’t help but smile from ear to ear. He exuded a love for living and delighted in teaching others how to fill their lives with meaning and substance – always with pure, undiluted happiness.

In subsequent years, when I was already a bochur, I sent Rabbi Kunda some musical compositions of mine. When I met him in person on occasion, he told me effusively how much he enjoyed what I had sent, encouraging me to keep singing and to continue composing and sharing my songs. A person overhearing our conversation could not be blamed for thinking that I had done Rabbi Kunda the biggest favor by sending him – the professional, the veteran – my compositions. But that was just the way Rabbi Kunda was. He was so happy to celebrate another person’s creativity and success, when he himself had achieved unparalleled success in his own endeavors.

Aside from the popularity of his tapes, Rabbi Kunda’s musical compositions were one-of-a-kind. I once asked him why he doesn’t produce an album of his songs set to Hebrew words. He humbly thanked me for my vote of confidence, acting almost as if the high esteem in which his work was held was surprising.

For decades, Rabbi Kunda demonstrated the ability to hold the attention of a group of children like few others could. Those who were privileged to spend summers with him got to witness his vivacity and effervescence day in and day out. He had a smile perpetually pasted on his shining countenance. He could spontaneously spin a tale of suspense, act out a skit, or sing the most remarkable rhyming lyrics. In moments, with his magic hands, he could create images that lit up the faces of sweet little children or produce outlines and pictures to be used by mechanchim in and around the classroom.

And all this was done in the most down-to-earth and pleasant manner that it was easy to forget that this repository of talent was beyond compare.

While Rabbi Kunda hadn’t been well during the past few years, we were comforted by the mere knowledge that this giant in his field was among us, serving as a source of inspiration to each of us to reach deep inside and utilize the talents we were uniquely blessed with.

Now that he is gone, we are bereft, though he has left behind dozens of his creations that remind us of his contributions to our world and the tens of thousands who have benefited from them.

A veteran mechanech once remarked that a great educator is one who teaches while his students think he is entertaining.

No one did that better or more effectively than Rabbi Kunda.

With the warmth of a zaida, the love of a rebbi, and the sensitivity of a friend, Rabbi Kunda taught us all that imparting geshmak in Torah and mitzvos is an integral facet of chinuch.

We will miss your jollity, optimism and good cheer.

We will miss the gifts you gave us and the smiles you brought to our faces.

But your legacy lives on.