Queen Elizabeth, King Charles and Us 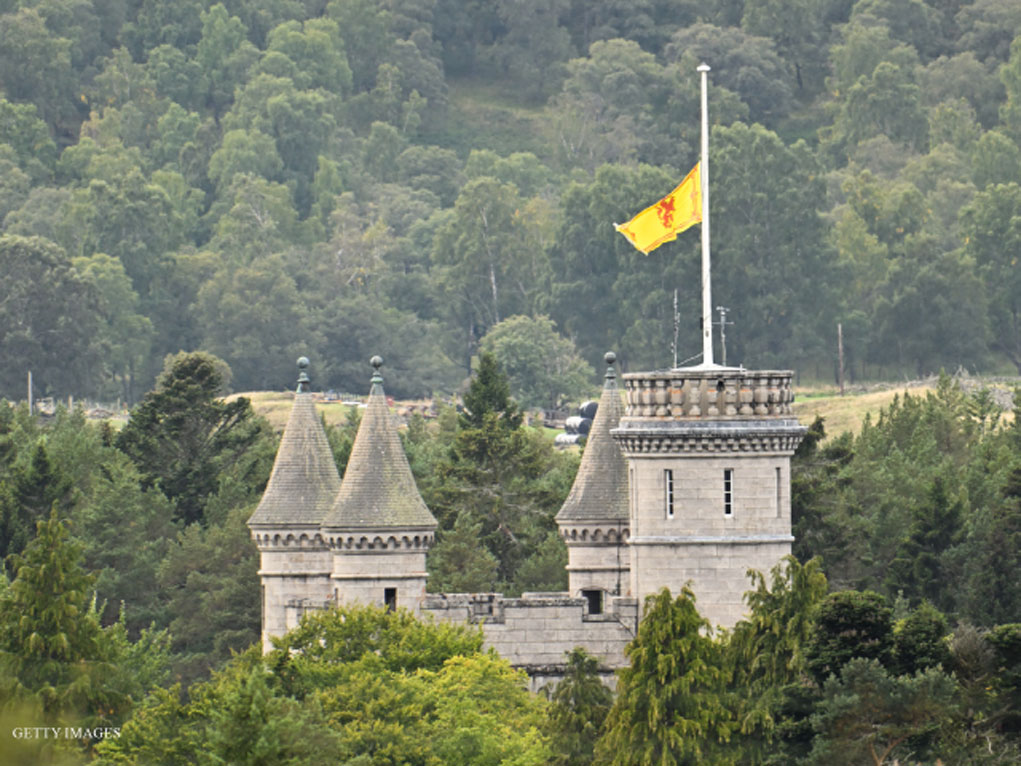 We don’t believe in coincidences. When the world will be awash with references to transitions from queens to kings, celebration and denigration of royalty, we will be talking about the ultimate monarchy. Indeed, although the Rosh Hashanah Mussaf is defined by three segments, they all revolve around Malchiyos. However, it is not only Rosh Hashanah when we focus on Hashem as King, but it is actually the purpose of our lives.

In the very first essay of Rav Gedaliah Schorr’s Ohr Gedalyahu (Moadim), he declares that “the main purpose of creation was to reveal Hashem’s royalty.”

Rav Yisroel Salanter, too, reminds us (Ohr Yisroel, page 90) that we must build up a complex structure [of avodah] until we reach the Malchiyos of Rosh Hashanah. Thus, being manipulated into hearing the word king so often at this time of year must have some significance, even if the context is quite prosaic and even controversial.

Indeed, one pundit (New York Times “Sunday Opinion,” September 11, 2022) has already demanded that “now that she is gone, the imperial monarchy must end too.” A far cry from our prayers that “Hashem should reign forever and ever.” Yet, there may be some significance to this year’s confluence of coronations and Malchiyos.

My rebbi, Rav Yitzchok Hutner, taught that the proliferation of mesholim – parables and metaphors – in Jewish thought through the ages about kings is to help us imagine the reality of royalty. Since true monarchy with all the trappings of power and sovereignty has all but disappeared over the millennia, we require constant reminders to believe in and create a frame of reference for absolute malchus. We must also remember the words of the Vilna Gaon (to Mishlei, end of chapter 27) differentiating malchus from memshalah. The posuk (Tehillim 22:29) tells us that “the kingship belongs to Hashem and He rules the nations.” The word here for kingship is melucha and rulership is moshel. The Gaon explains that memshalah can be by coercion, but melucha must always be by acclaim. He concludes that for the rest of the world (moshel bagoyim), they only have rulers since they do not accept the yoke of Heaven. However, to us, Hashem is the Melech because we do accept His sovereignty.

In Pachad Yitzchok (Rosh Hashanah, Maamar 19:2), Rav Hutner adds an amazing idea. He writes that “to fulfill the Malchiyos of Rosh Hashanah, it is not sufficient to recognize that Hashem is the King. We must also be aware that without our coronation, there is no melucha… Furthermore, the Malchiyos of Rosh Hashanah includes both the voluntary acceptance of which the Gaon speaks and also the powerful demand that “I will rule over you with a strong hand and with an outstretched arm and with outpoured wrath” (Yechezkel 20:33). This double commitment that we make to Hashem, to accept Him willingly and voluntarily but also to accept Him when we don’t understand His ways, is one of the imperatives of our Rosh Hashanah avodas Hashem.

The contrast between our participation, kevayachol, in Hashem’s coronation and that of King Charles is both stark and instructive. In his first speech as monarch, Charles referred to “a promise with destiny kept.” Some remembered that his mother some seven decades ago had been asked formally at her coronation, “Madam, is Your Majesty willing to take the oath?” Her short answer, which to her credit was kept for longer than almost anyone else, was: “I am willing.” Yet, despite these commitments by the flesh and blood monarchs of modern Britain, the people have not been as willing. A figurehead, son of a figurehead, there is no reason for their subjects to make a concomitant commitment to obey, for their king cannot and will not make any demands. One of the cynics referred to the monarchy as “an expensive relic,” and despite the sparkle of the Imperial State Crown studded with 2,868 diamonds and a massive ruby, it has been dubbed “headache-inducing” instead of impressive and awe-inspiring. This is presumably at least in part because of the all-too-frail human limitations of those who have waited so long to occupy a somewhat dubious throne and title.

For us, it is an opportunity to be grateful for our ability and even mandate to be mamlich – to coronate – the King of kings and Creator of the universe on the special day ahead, when He will wield the ultimate power of making decisions about our lives, health, financial condition, and every detail of the coming year. Even if having a human king creates a feel-good aura for some, proven by the outpouring of interest and fascination with upcoming ceremonies, none believe that it is life-changing or altering. For us, the melech is not only our king, but at the same time our Father – Avinu Malkeinu – Who not only wants us to be happy, but has the ability to make it happen.

These concepts all flow from the words of Chazal (Brachos 58a) that “the earthly royalty is similar that of Heaven.” There are several ways to understand this statement. One invokes another Gemara (Nedorim 24a), which discusses different types of vows and promises: “One can make a promise to be like a dog, which only benefits from someone else but provides nothing in return. For instance, it doesn’t give milk, provide wool or anything else concrete… On the other hand, a king only provides limitless favors but receives nothing for himself. This is Chazal’s concept of a king. As a matter of fact, after the Rambam (Hilchos Melachim 2:5) delineates the obligations of the people to their king, he lists the qualities that the king himself must have. His heart must mirror the heart of the nation, he must be humble and speak softly and carry the nation’s burdens. This is the difference between a moshel and a true king. The Rambam uses Moshe Rabbeinu as the paradigm of the ideal ruler, but we also obviously look to the King of kings as our constant benevolent Father and King. In the introduction to the evening Shemoneh Esrei, we say, “And His Kingship they accepted upon themselves beratzon (willingly).” Although all that one can see ahead is the darkness of night, we accept Hashem’s royalty because we know that all that He does is for the best. He has absolutely no interest in hurting us, even when we don’t understand everything that is happening. That is when our coronation is complete and sincere, since we commit to accepting all that He decrees.

The story is told of Rav Aharon of Karlin that one year, when he was the chazzan for Shacharis on Rosh Hashanah morning, he cried out the traditional Hamelech and immediately fainted. He later explained that as he recited the word “The King,” he recalled the question Vespasian asked Rav Yochanan ben Zakai: “If I am the king, why didn’t you come to me until now?” (Gittin 56a).

We don’t have to faint like the great author of Kah Echsof, but we should strongly consider if we have truly accepted Hashem’s majesty with all that it entails. The current transition in England is but a tiny and insignificant microcosm of the kingdom of Heaven, but perhaps it is enough to remind us of how fortunate we are to have the authentic King of the universe in all His glory, kindness and benevolence.

Finally, we should take note of a Gemara (Chagigah 13b) which lists a number of kings of the animal world: The king of the wild beasts is the lion, the king of the domesticated animals is the ox, and the king of the birds is the eagle. Although none of these creatures could rule over any other species, in their own milieu, they triumph over the others in their category. Perhaps the events in England teach us that it is similar with human beings as well. I certainly don’t know for sure, but Queen Elizabeth may have been the monarch Britain needed in the waning days of its empire and other crises of the past seventy years. We in America could not tolerate such a system and rebelled against it. The Torah ideal of a Jewish king, such as Dovid Hamelech and Shlomo Hamelech, is a person who is the role model for the nation, completely devoted to its needs and willing to sacrifice all for each individual and for the nation itself. Our heavenly King, too, overlooks our foibles and missteps, loves us despite repeated infractions, and visits us this time of year so that we can once again prove worthy of His Majesty.

Let us end with a parable based upon a true story from the era when communism ruled in the Soviet Union. A worker was applying to the party-led union for a coveted office position. “You must answer three questions,” the commissar began. “First of all, if you had three ships, what would you do with them?” The applicant answered easily, “I would give one to the party and keep the other.”

“Fine,” the commissar smiled, “you have passed one third. Next, if you had two tractors, what would you do?

The answer was the same once again and he was told that he had passed two thirds of the test.

“Now, Ivan, if you had two chickens, what would you do?”

This time the applicant sputtered, “Why, I would keep both chickens.”

The commissar was puzzled, but the answer was simple. “I don’t have any ships and I don’t have any tractors, so I’m happy to give one to the party. I do, however, have two chickens, and no one is going to touch my chickens.”

Rav Leib Chasman explained that many people are willing to declare Hashem’s monarchy over the Chinese people, the Russians and the Americans. But when you ask them, “What about Hashem’s power over you?” they hesitate and remain silent. Malchiyos means accepting Hashem over ourselves personally, completely and totally. Otherwise, it is not kabbolas ohl Malchus Shomayim and it is certainly not the coronation at which we should be officiating on Rosh Hashanah. Let’s leave the pomp and circumstance to the British and bring Hashem’s holy royalty into our hearts and souls this Rosh Hashanah.