Put To Good Use 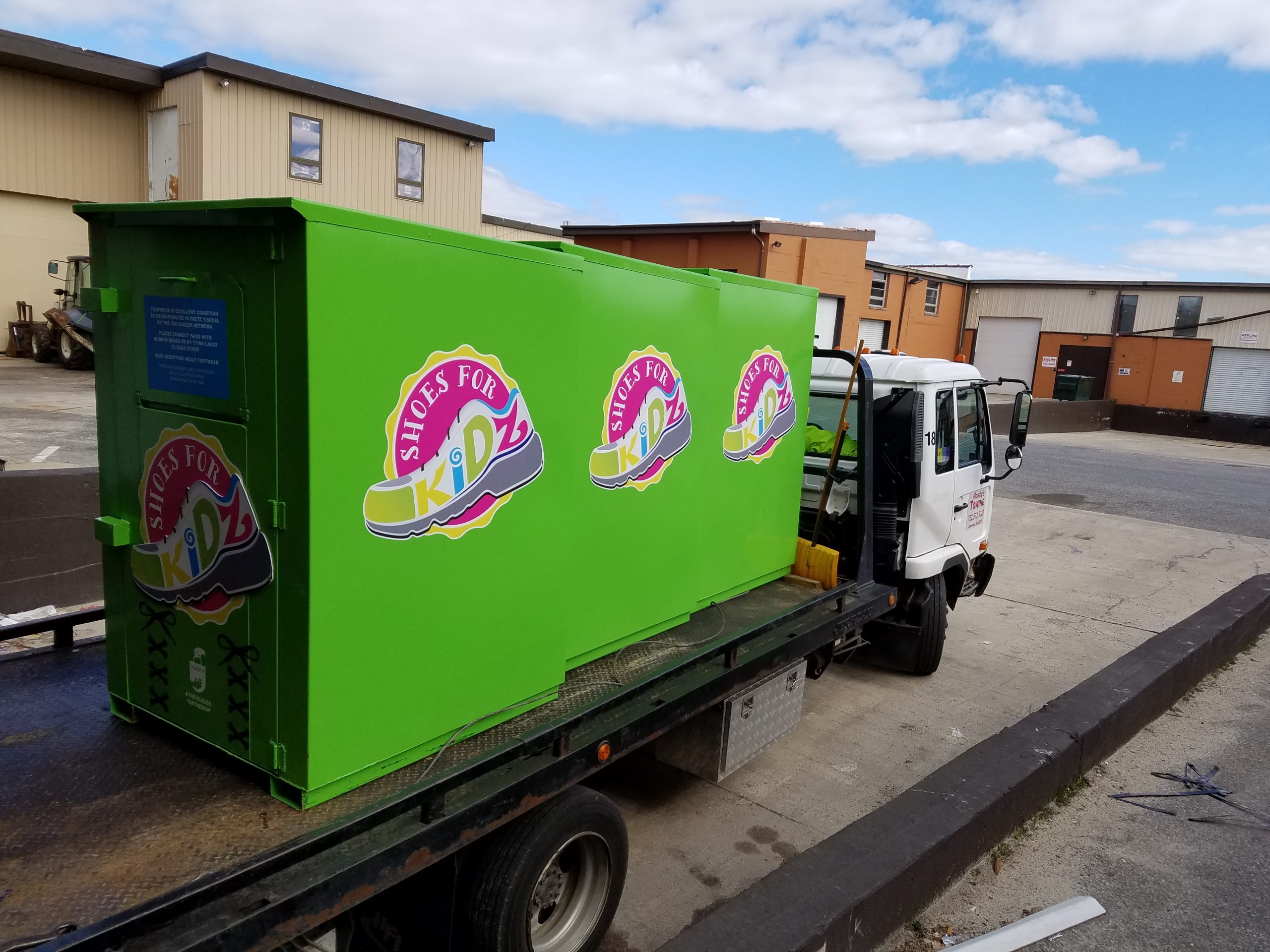 Mrs. Chavie (Bienstock) Weisberger, wife of Rabbi Zevulun Weisberger zt”l, was a beloved teacher, principal, and camp mother who influenced the lives of hundreds of people.  This article represents just one facet of her very special personality.

“…Bubby taught me how to make delicious soups, and how to clean up the kitchen afterwards. She taught me never to waste any food, how to peel an apple down to the core and not throw any of it out…” (excerpted from a granddaughter’s memoir).

It began with a pair of shoes. An adorable pair of white and maroon patent leather baby shoes – barely worn, perfect condition, and already too small for the baby’s rapidly-growing feet.

The year was 1982. Rabbi Zevulun and Mrs. Chavie Weisberger lived in Boro Park, where Rabbi Weisberger taught Torah as the beloved halacha rebbi in Bais Yaakov Academy. Their first granddaughter had just outgrown her first pair of baby shoes, and now, Mrs. Shani (Weisberger) Trenk was wondering what to do with them.

“You can’t pass down shoes,” her friends advised her. “Throw them out.”

Throw out good shoes? The Weisberger children had been taught that none of the gifts that Hashem gives should be wasted; if you had something, you should put it to good use. If nobody in America wanted used shoes, maybe somebody in Eretz Yisroel did.

So, as a trial, the Weisbergers shipped one modest egg box full of top-quality, gently-used shoes to Yad Eliezer. The response came almost immediately: Your shoes were snapped off the shelves by families of bnei Torah who need shoes, whose children are desperate for shoes. Send us more! More, more, more!

Mrs. Weisberger was a people’s person, a master at networking and a master at organizing. She put all of her talents and drive into the fledgling little enterprise. Arrangements were made with the Mirrer Yeshiva Ketana to designate one special day as “Operation Shoe Lift.” Anybody who had footwear in good condition could bring it into school on the designated day, when it would be collected, sorted, and shipped to Eretz Yisroel. The response was overwhelming. People loved the idea, loved the concept of turning old shoes into new mitzvos. Mothers sent the shoes to school with their children, and Rabbi Weisberger, with his snowy white beard, shlepped the massive black bags down to his car, loaded them into the trunk, and brought them home.

That was just the cue Mrs. Weisberger needed. She put all of her organizational talents to work, and within a few short years, she had organized shoe drives in over 100 schools. Thousands of pairs of shoes made their way to the Zichron Baila “shoe basement,” under Mrs. Weisberger’s careful attention.

But gathering the shoes was only the first step. The shoes still needed to be sorted, polished, and packed. Only the best ones would be sent to Eretz Yisroel – shoes in excellent condition, shoes that were dignified and beautiful. Mrs. Weisberger contacted the girls high schools and recruited hundreds of girls to help sort, clean, polish and pack. She even reached out to special needs organizations and arranged for the special children and their counselors to come and sort shoes, too. The children were so proud; they were doing something special.

And special it was, indeed. Like clockwork, the shipments went out, and the letters poured in. Heartfelt letters, letters that brimmed with gratitude. “Our children were too ashamed to go to cheder; their shoes had holes in them and it’s the rainy season. Your shoes were so beautiful, so bakavodik; the children are so happy and proud to be seen in them…”

Until today, Zichron Baila’s work continues. The bright green Shoes for Kidz bins that you may see around Lakewood are still there, still bringing smiles to thousands of happy children. Thousands of pairs of shoes – shoes that would have been garbage – have been put to good use.

Dedicated by the writer l’illui nishmas my rebbi, Rabbi Zevulun Weisberger zt”l, who was the living personification of a true eved Hashem.

Do you have a special story to share from the life of one of the recent corona victims?  Email prisms@otzrosbiographies.com.