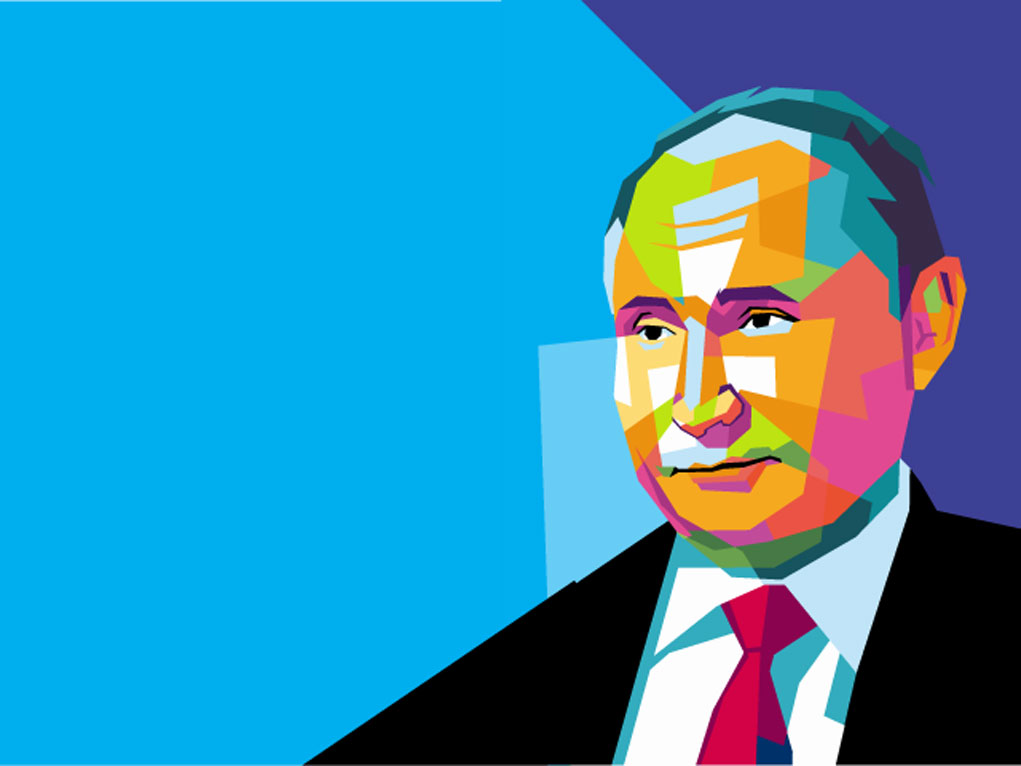 A New Look At The Megillah

There is something eternal about Purim that is even greater than all the other Yomim Tovim. The Medrash (Mishlei 9, Yalkut Shimoni 944) and the Rambam (Hilchos Megillah 2:18) famously teach that although all the other Yomim Tovim will become null and void, Purim will be celebrated forever. Now, meforshim tell us that this does not mean that there will be no Pesach, Sukkos or Shavuos. The Torah itself is eternal, so this cannot be. However, Purim will outshine them all. In what way will this happen?

My rebbi, Rav Yitzchok Hutner, explained this with a moshol that I hereby present with slight modernization. Two people enter a dark cave. One turns on his flashlight to be able to navigate the darkness. The other is blind, but his sixth sense allows him to walk safely through the cave, since for him it is but a continuation of his usual existence. Klal Yisroel has been able to survive the millennia of gloomy exile because of the shining light of the Yomim Tovim. Each of them is a different lamp in the obscurity of golus, allowing us to realize and even see that there is a path to geulah and complete redemption. However, even after Moshiach arrives and the hand of the Creator is manifest, we will need to recognize the Divine Presence in everything. The growth of a tree, the birth of a child, the healing of the sick, and the glory of the physical universe will still have to be acknowledged as coming from Hashem. That is the purpose of Purim and the Megillah. Although the light of Moshiach will outshine all previous events (Brachos 12b-13a), the innate human blindness that causes us to mistake G-dliness for nature and hidden miracles for science will still require Purim to teach and guide us.

This concept is taught by the Chofetz Chaim (Parshas Beshalach, page 104) in another way. He points out that each detail in the Megillah – Bigson and Seresh’s plot to assassinate the king, Mordechai’s knowledge of 70 languages, Achashveirosh’s insomnia, and many more – in and of themselves may not seem like miracles. But when taken together, in hindsight and in tandem, they constitute one of the greatest miracles of all. This dovetails closely with the well-known explanation of the Chasam Sofer of Hashem’s words to Moshe Rabbeinu after the sin of the Eigel. Moshe wants to understand more about Hashem’s ways, but this cannot be revealed directly even to him. Hashem tells Moshe, “You may stand on the rock. When My glory passes by…you will see My back (es achorei) but My face may not be seen” (Shemos 33:21-23). The Chasam Sofer (quoted in Chut Hameshulash, page 68) explains es achorei to refer to the aftermath of tragedies and perplexing events that led to yeshuos. At the time of challenges and confusion, it is impossible to understand the purpose and meaning of these events. However, in retrospect, often, everything becomes crystal clear. So was it with the nine-year prelude to Purim and then the blazing illumination of our triumph over Haman and Amaleik.

Interestingly, Rav Yechezkel Abramsky is quoted as having seen this lesson in the very last pesukim of the Megillah: “King Achashveirosh levied taxes…all his mighty and powerful acts…are recorded in the book of chronicles of the Kings of Media and Persia.” Says the author of Chazon Yechezkel, “If you want to know more about Achashveirosh’s escapades, read the history books. But in the Megillah there is no politics or hero glorification. It is simply the Hashgocha – Providence – of Hashem in His world. It is the revelation of miracles where some see only human interest and coincidence. It is this work that demonstrates to us that where events seem to proceed within the laws of nature, they are in actuality the work of the Creator Himself” (Shalmei Todah, page 4).

Rav Eliyohu Lopian (Lev Eliyohu) adds another dimension to this approach using the posuk (Shir Hashirim 2:9), “He was standing behind our wall, observing through the windows, peering through the lattices.” Rav Elya explains that the open miracles are reflected in the word “windows,” whereas the hidden miracles are reflected in the word “lattices.” In both cases, we are being watched and protected by our Father in heaven. However, whereas when He looks through a window, we can perceive that He is there (e.g., Krias Yam Suf), when He looks through the lattice, we do not readily realize His presence (Purim). To Hashem, it makes no difference, but for us, the reassurance of Hashem’s manifestation seems preferable. Yet, when we tabulate all the events that Hashem manipulated for us so that we would triumph over Haman, there is a special satisfaction that can be even longer-lasting than the open miracles.

To return to the Pachad Yitzchok (Purim, No. 13), Rav Hutner finds a halachic element in differentiating between a hidden miracle and an open one. The Gemara (Megillah 14a) asks why we do not recite Hallel on Purim. The answer is that “the reading of the Megillah is its Hallel.” The Me’iri therefore concludes that if one doesn’t have a Megillah, he should recite Hallel. However, most Rishonim disagree with this position and rule that no Hallel is ever recited on Purim. Rav Hutner explains that the majority position is that the Megillah is not a “substitute Hallel.” It is a “hidden Hallel” for a hidden miracle. Therefore, even if someone doesn’t happen to have a Megillah, the usual Hallel is not appropriate because that particular set of praises was designed for open, not hidden, miracles. As Rav Avigdor Miller (Purim With Rabbi Avigdor Miller, page 188) once said on Purim, “Even by Har Sinai, you couldn’t see what you saw on Purim! Purim was such a tremendous giluy Shechinah. It’s ne’elam (hidden), but He’s not ne’elam at all.”

Let us utilize current events to get a newfound picture of what happened at the beginning of the Megillah. Chazal (Megillah 11a) teach that Achashveirosh was in many ways a carbon copy of Nevuchadnetzar. The wicked Nevuchadnetzar was so cruel that “it was said of him that during his time no one ever smiled.” Does it sound a bit like Mr. Putin? But there is more. The Gemara goes on to say that even after he was in gehennom, those who were already burning there lamented that he had arrived to rule over them. But Achashveirosh was his equal as a tyrant and a madman. The Gemara (Megillah ibid.) continues that the name Achashveirosh signifies that “hushcheru peneihem,” their faces blackened like a pot on the fire because of his evil, having brought poverty to his people. Indeed, the opening word of the Megillah, “vayehi,” is understood to mean that the response he elicited was vay – woe – from all in his realm.

Yet, just as Hashem decided to empower Nevuchadnetzar for a time over virtually the entire world, so did He enthrone Achashveirosh “from Hodu until Kush,” meaning the entire ancient world. Why? The Vilna Gaon (commentary on the Megillah) reveals that everything that happened, even before the events in the Megillah itself, was because of Mordechai and Klal Yisroel. Shushan was not originally the capital of the Persian Empire, but Achashveirosh, the king who had an inferiority complex about his lack of royal lineage, needed to feed his ego with an extraordinary throne. The throne makers were in Shushan, and it was said that only they could imitate and produce a throne with the glory of Shlomo Hamelech’s famous royal seat. Once it was made, it was incapable of being moved, so Achashveirosh had to move his own capital to the place of his throne. “And why did this happen?” asks the Vilna Gaon. The answer is because “there was a Jewish man in Shushan” named Mordechai.

So from the beginning, it was all for and about Mordechai, the tzaddik who would bring about the geulah.

We are watching and hearing about another madman who is shaking up the entire world to feed his own irrational ego. Yidden have already been displaced and many are suffering. At this point, we don’t know why and all we can do is daven. But perhaps with Purim looming ahead, the yeshuah is not far behind. We are now in the midst of an event and, as the Chasam Sofer taught us, we can’t understand. But we must know that everything happens for Klal Yisroel and Hashem is watching, albeit through the cracks in the wall, not through the windows.

It has been pointed out that when Esther stood uninvited before the king, taking her life in her hand for Klal Yisroel, a great miracle occurred, one of the hundreds hidden in the Megillah. Achashveirosh’s scepter was extended miraculously over 60 feet toward Esther, so that she was saved from execution. Did Achashveirosh do teshuvah because of this amazing neis? Not quite. As we know, at the end of the Megillah, all Achashveirosh can do is go back to levying taxes. His evil soul is untouched, but the time for complete geulah had not yet arrived, and as the Gemara reminds us, we were still servants of Achashveirosh. But perhaps what is happening in Ukraine is a reminder that Hashem runs the world. Goodness and virtue will soon triumph over the Nevuchadnetzars, Achashveiroshes, and all evil bimeheirah beyomeinu. And then we will truly understand.