The Power of the Hour – Aerobics of the Mind 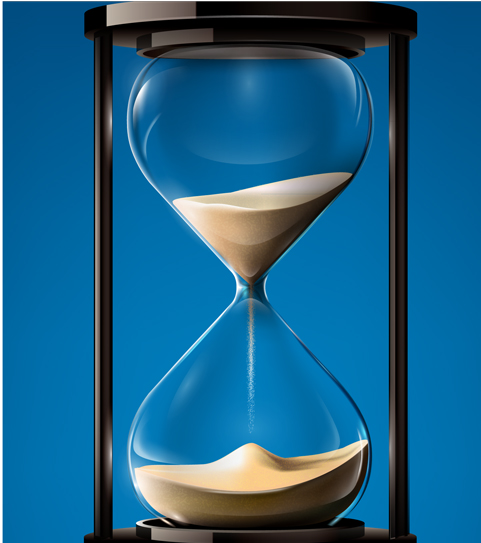 Suri Berger sat in her seat in the eleventh grade classroom, eyelids slowly closing. The air conditioning was working overtime to counter the stifling heat, the clock was moving in a slow, circular motion and the fatigue brought on by a late bedtime, overpowered her.

As her head slowly nodded in submission, Mrs. Stein, the eleventh grade Chumash teacher, banged loudly on the table, emphasizing a point of the lesson.

The teacher was discussing the pesukim dealing with the power of bribery. The Meforshim analyzed the linguistic difference of the two phrases from two separate parshiyos, both dealing with bribery and its ramifications. They explained that one posuk deals with the corrosive effect bribery has on the mind of a wise person while the other deals with the corruptive swaying power regarding the court case itself. “No one,” Mrs. Stein passionately declared, “can remain untainted after being bribed. A bias develops that the individual considers completely legitimate. No one, even an astute judge remains untouched by a bribe.”

Suri wondered what the teacher’s excitement was about. “Bribery corrupts, don’t do it, keep away, end of story. Besides, what does a bias in the Beis Din have to do with me? What’s the big deal?”

Mercifully, the bell rang and the theoretical discussion came to a close. The high school girls ran down to the lunchroom eager to discuss their vacation plans. All thoughts of bribery, slants and bias receded from their view.

The following Monday found Suri Berger and her friend, Goldie, riding the F train towards Manhattan on their first day off. An exclusive department store had slashed its prices in half and the two friends were awash with excitement at the thought of pricey indulgences now becoming affordable. Goldie had her eyes on a particular jacket that everyone was wearing.

Arriving at their stop, they ran up the stairs and headed toward the store eager to find the coveted jacket. After the two teenagers were guided to the correct section, they eyed the selection and found one last jacket of the style they were seeking. Holding her breath, Goldie slid the jacket off the hanger and checked the size. Perfect, it was exactly what she needed. Trying it on, she was shaking with excitement. Suri watched nearby, thrilled that her friend had found the perfect fit. But as Goldie buttoned up, Suri looked on in dismay. The coat was hanging lopsidedly, half of it drooping down.

“Don’t worry,” reasons Goldie, “I’ll hem it up gradually on one side so it won’t be noticeable.”

“But, but,” Suri stammered, “it’s bunching up by the collar as well, on the other side. What will you do with that?”

“No problem, I’ll get the seamstress to gather the extra material around the neckline.”

“Hold it.” Suri interjected, “the whole side seam on the right is puckering.”

“Non-issue,” Goldie replied, “If the seamstress is skilled, she can put it together: hemline, neckline and side seam.”

Suddenly a light bulb illuminated in Suri Berger’s brain. “Goldie,” she squealed, “you’ve buttoned it wrong. Just undo it and re-button it properly and skip the seamstress.” Goldie unbuttoned the jacket, then buttoned it correctly, and it fit without a flaw. The two girls collapsed with laughter. “What a story to tell their friends. At least we’re coming home with a perfect jacket!” With a rush of adrenalin, they ran to catch the downtown train.

As Suri sat in a cramped seat next to her friend, a thought suddenly wafted through the air. Last week’s lesson on bribery ricocheted and bounced off her brain. “No one remains untainted from a bribe. A bias develops, creating legitimacy.” Suri realized with surprise that a bribe does not have to be green cash in some judge’s pocket. It could be an intense desire that slants your vision and distorts your judgement.

Goldie would have bought the totally misaligned jacket and accepted the absurdity with complacency, before she realized it was merely the buttons that were off-kilter.

Silently, Suri thought about the power of bias the whole way home. If you want something so badly, even if it makes no sense at all, it overrides clear rational thinking.

Years later, Mrs. Suri Berger, now Karmel, had reason to mull over this concept many more times. She was the proud mother of several young children. They were a very lively bunch of boys but Suri totally agreed with her mother-in-law’s assessment of them: they were unmatched in intellect and character.

When their PTA conference was scheduled, Mrs. Karmel waited with anticipation. Confidently, she drove to PTA and waited patiently as the long line snaked forward. The English morah was slated to meet her before the rebbi arrived. As she settle in her chair by the side of the teacher’s desk. Suri waited for the shower of compliments. She was already blushing, thinking of the proverbial apples not falling far from the tree.

Then the teacher began clearing her throat and describing the lively group of boys in her class. Mrs. Karmel waited expectantly for the focus of conversation to transfer itself from the class to her own son. The morah, though, described a scene that occurred that day. The unruly group was throwing kugelach out of the window during recess, at passing cars. One angry motorist, sufficiently annoyed, called the police. As the squad cards arrived, the lively but frightened youngsters hid in the janitor’s closed and locked the door.

Horrified, Mrs. Karmel vented about the loose standards of chinuch that have invaded many homes. “Discipline has taken a back seat in society today,” criticized Suri. The morah again cleared her throat and began anew. “Last week, I came into the classroom and found a thin layer of glue on my chair. It was very fortunate that I had not yet taken a seat!”

Again, Mrs. Karmel spoke harshly about the homes becoming the breeding grounds for disrespect. “If a mother allows behavior like this at home, her son will replicate this at school, as well!”

The morah then looked at Suri squarely in the eye and stated firmly, “Mrs. Karmel, your son was the ringleader at most of these events!”

Shocked and appalled, Suri remained transfixed in her seat. The disparagement that she felt before no longer applied once it was her own child. The criticism that flowed so smoothly now rendered her speechless. Apologizing profusely to the teacher and reassuring her that she and her husband would take care of it, she ran to the parking lot where she sought refuge in her car.

The lesson from her eleventh grade Chumash class floated softly by. “Bias distorts, bribery corrupts, no one remains untainted from its grasp.” The timeless lessons of Torah are true, eternal and precise. The posuk in Chumash fits into every crevice of her life, no matter what stage she was up to.

How quickly we get into criticism mode if it pertains to others, society, the system, the teacher, the neighbor, or any other. But, how quickly the bias sets in when the other is us.

As Suri put the car in reverse, she noticed an inscription on the rear-view mirror that she never focused on before: “Objects in mirror are closer than they appear.”

Images shrink and swell based on one’s perception. “How quickly I concluded that the mischievous child had a mother with flawed parenting skills. Until that SHE, became ME!!”

Cold cash is the most blatant form of corruption. But personal needs, close relationships, etc. create a slant of their own. It can distort reality. Objectivity comes with an upright position of clarity.

Personal bias, however, makes your mind bend over backwards!