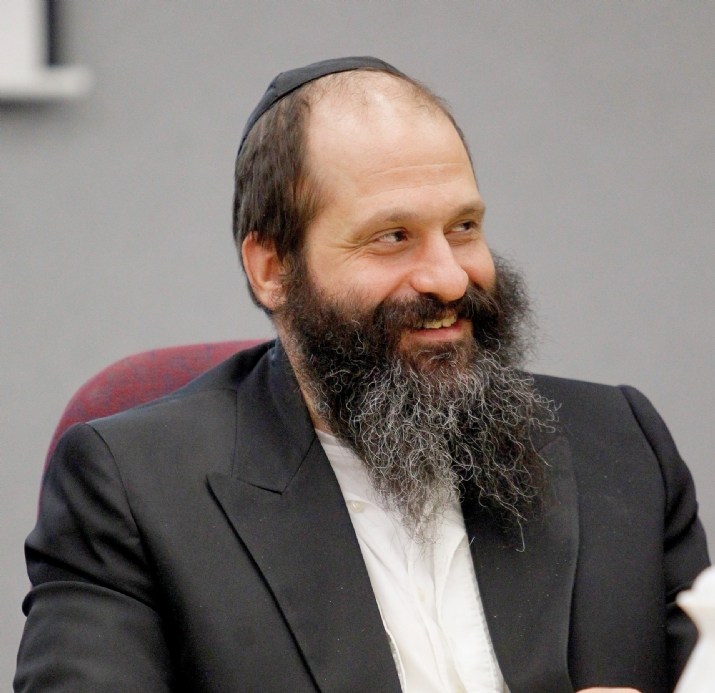 [Excepts of A Letter From Sholom Mordechai Rubashkin To His Children] Dear Kinderlach, shetichyu, I'd like to describe a few things about Chanuka in prison even though it's very difficult to find the right words. The feelings they arouse are so deep, they touch the neshama and almost can't be defined, but I will try. Let's start with a thought about the miracles of Chanuka whose eternal message our chazal were kovaya with the mitzvah of hadlokas neiros, in a spot visible to people in the street. The menorah actually sits on the boundary between the home and the street.
And at that spot where the home ends and the street begins, we are to beam the light and kedusha of our homes outward, banishing the darkness and klipah.

Normally, the light and kedusha generated by the mitzvos are kept within the Jewish home where they remain pure. But on Chanuka, it’s just the opposite.

By reliving the mesiras nefesh of Matisyahu and his children, we are given their koach to bring the glow of the Chanukah licht outside our homes into a region of darkness and impurity.

But a Yid casting the light of the Menorah into the darkness of the street does so from the safety of his “fortress”–the Jewish home. How different it is in a prison, where the street is not outside! It is inside, with its negative forces filling up the very space in which one exists, and surrounding all the physical senses 24 hours a day.

The mesiras nefesh of Matisyahu and the Chashmonaim proved that if a Yid truly lives by ain ode Milvado, nothing is impossible.

How Can I Describe It?

How can I describe this “tohu vovohu” that defines the day-to-day existence in prison? Hashem should help that no Yid ever know this kind of darkness.

Watching the people here sitting at attention, eyes focused upward on a screen filled with tumah and nonsense that invade every corner of the unit, it is almost impossible to convey the unbearable clash between kedusha and tumah. In such an atmosphere it was time for hadlokas neiros Chanuka.

In a way, it’s a perfect moshol for the clash that many people in freedom regularly face.

Imagine the interior of a Jewish home, with a beautiful table set for the yom tov of Chanuka… and gleaming menorahs ready to be lit with hiddur mitzvah. The bookshelves are filled with sifrai kodesh and pictures of gedolim adorn the walls. You can almost touch the kedusha of this solid Yiddishe home, filled with the mouth-watering aroma of potato latkes and the simcha of this wonderful yom tov.

Now imagine, as the shamash is lit and the brochos recited, that someone answers the knock at the door and in marches a bunch of wild strangers right off the street. Imagine gunshots…vile laughter… foul language… church scenes… and other disturbing scenes, including the 3 most serious transgressions.

Thanks to someone who has mindlessly let them in, the street is now inside the home.

Imagine the shock and distress of family members as they are unable to eject the intruders. The people don’t feel like leaving. They claim they were invited in.

Why would any sane person have done that? Think about this carefully, kinderlach. Think of the nimshal to this scenario.

Baruch Hashem, we were permitted here to light the Chanuka menorah–the handful of Yidden who want to–and to watch the hailiger lichtelech as they spread their glow and sing their message to us, of hailikeit, lichtikeit and getlichkeit.

After the neiros were lit, I sang the melody of haneiros halolu that the chassidim of the Rebbe Maharash composed. It’s a lengthy version with some of the words repeated many times that enabled me to think about Hashem and His nissim…. I thought of how we need to be connected with Him and begged Him to help us stay connected.

I sang the final words, al nisecha ve’al nifleosecha ve’al yeshuosecha over and over again… A few of us began dancing together, the way I have done all the years in our home, and b’ezras Hashem will do again soon, with all our family together.

Kinderlach, it’s Shabbos Parshas Vayigash, a real happy parsha because in it, Yosef reveals himself to his brothers and the family is finally reunited again. What a great simcha! Imagine, we can still feel the happiness of that reunion thousands of years later.

And we daven that Hashem will do the same for our family. If He only wills it, I will be home for Shabbos and our family will be together again to serve Hashem with greater simcha than ever before.

This is also the Shabbos after Chanukah and we are still living with the ruach of Chanuka, and holding on to the lichtikeit and amazing nissim of Chanuka.

Today, during our visit, you were singing the song of the Marvelous Middos machine about maaver al midosov, remember? The Shaloh Hakodosh has a beautiful vort about this midah. Let’s learn the parsha with him, and try to imagine he is with our family teaching and inspiring us.

The posuk tells us that after Yosef revealed himself to his brothers, he kissed all his brothers and cried on them.

But wasn’t it the brothers who sinned against Yosef by throwing him into a pit and then selling him? Yet here was Yosef crying and kissing them; he was the one wiping away the hurt and resentment in his heart and allowing his love for his brothers to overcome his other emotions.

Consider the great lengths a person should go to, says the Sheloh, to be moichel others, and to be maaveir al medosov”, to overcome his middos.

So sing that song again now, kinderlach, with this derech chaim from the parsha and most important, live it! That will give me tremendous nachas.

The Or Hachaim Hakodosh explains that only Yaakov’s children and grandchildren (bonov u’benai bonov ito) accepted the decree of exile and went down to Mitzrayim willingly. But the following generations, his great-grandchildren and their children, had to be urged and pressured into going.

This explains why the enslavement of the Yidden did not start until all the shevotim had passed away. This was Hashem’s reward to those who went to Mitzrayim willingly, with a whole heart, knowing they were going into golus.

Kinderlach, we see from here the wonderful reward for those who serve Hashem with a leiv sholom, b’simcha. That has the power to wipe away bad gezairos of pain and suffering and to bring yeshuos and nissim. So let’s try hard to work on being b’simcha. That is how we can serve Hashem best. If I can picture you b’simcha, that will bring me simcha.

Yehi ratzon that Hashem should end my shibud in prison as well as the shibud and enslavement in golus, and that He grant freedom now for all Yidden with Moshiach Tzidkeinu.

A guten Shabbos and a guten tomid,